Reflections from KRI: ‘The same oppression as in the past’

Entitling her article, ‘Reflection: The same oppression as in the past’, Kronberg states that the oppression and violence in KRI is not history after the toppling of Iraqi dictator Saddam Hussein in 2003 as “What happened in the past, happens now every day in Iraqi Kurdistan,” she says.

In 2003, a museum was opened at the site of Amna Suraka, the northern headquarters of the Directorate of General Security of Saddam’s Baathist regime (Da’irat al-Amn) that operated for 12 years between 1979-91 during Saddam Hussein’s rule. The site was preserved as a museum in order to have the human rights abuses under Saddam Hussein’s rule recorded. 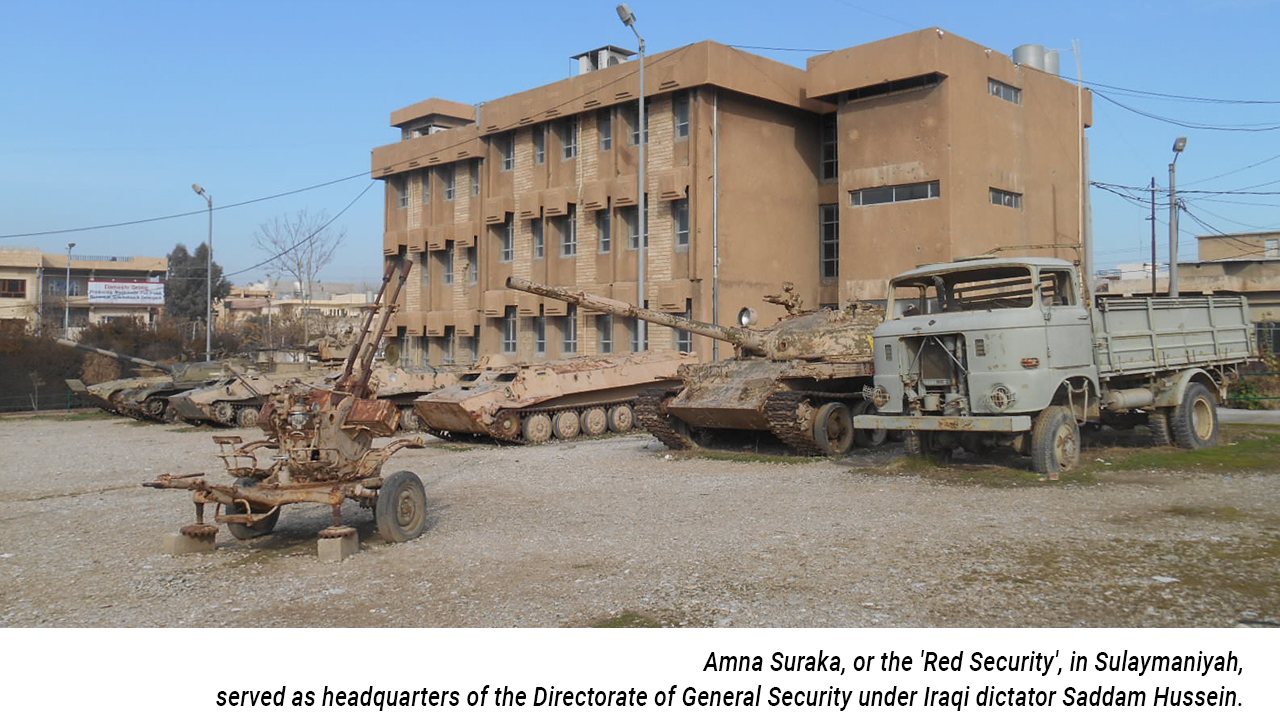 Many people were jailed in Amna Suraka, especially students, Kurdish nationalists, and other dissidents. Many were tortured, raped, and killed. During the 1991 Battle of Sulaymaniyah, the headquarters served as the Baathist stronghold in the city and held off rebels for two days until it was captured by Peshmerga forces.

Kronberg, goes on in her article to compare the old marks of violence and abuses in the museum with current ones reflected in the statements of witnesses who were recently subjected to lawless and inhumane practices in KRI.

“As I was walking around the prison building, reading the texts and descriptions of the different rooms and cells, I felt depressed. Not only for the dreadful killing, violence and torturing in the past. Even more because of all the witnesses I have heard in the last month, that I spent with CPT here in Iraqi Kurdistan. Witnesses testify about almost unbelievable conditions in the prisons today; torture, injustice, and confessions under threat. Just as it is shown as history in the museum.” 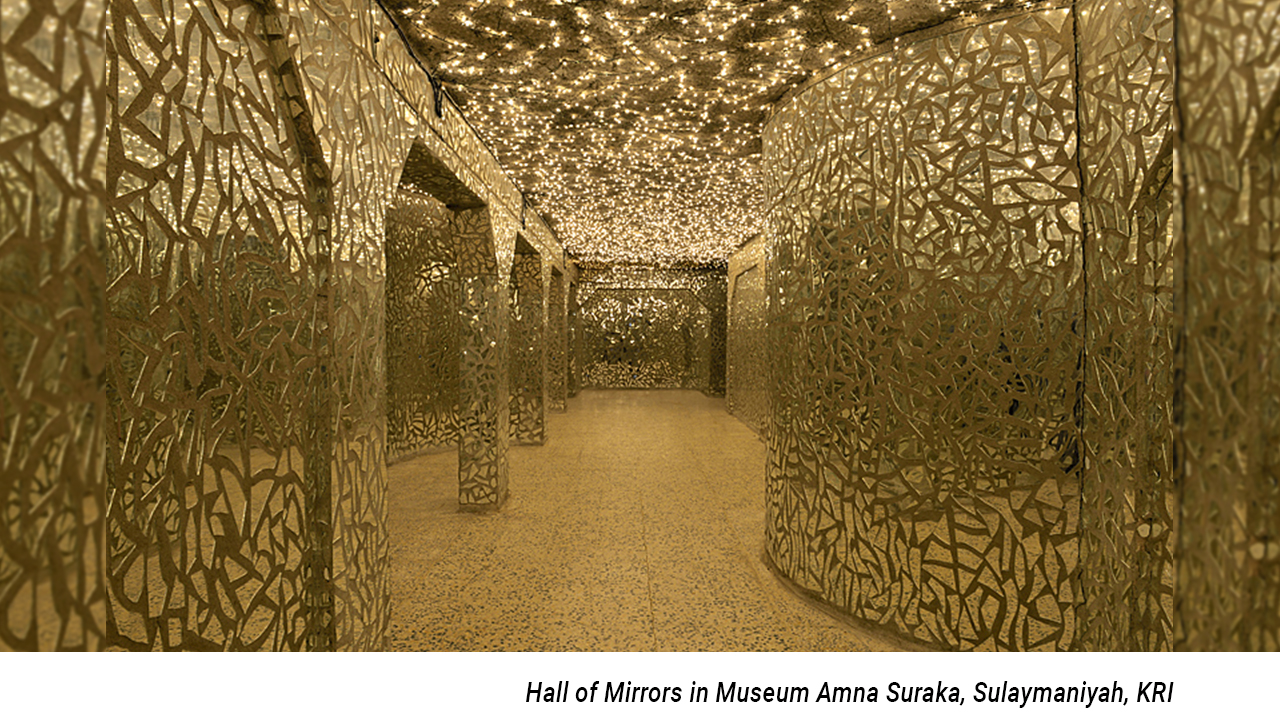 She notes that the prisons are now no less crowded than they were before:

“This room was specified to detain men. It’s built on a 57 square-meter area, but the number of detainees was often reaching 110 people” (National Museum Amna Suraka, room number 5).

“I hear the voice of one of the witnesses, one of the detained independent journalists that was released from prison some weeks ago. A man who has spent one and a half years in prison, including 52 days in solitary confinement, who has been tortured, and still bravely shares witness testimony about the conditions: ‘After the time in solitary confinement, I was moved to another cell. When I saw it, I almost wanted to go back to solitary confinement. The new cell was about 50 square-meters, and there were 130 people in it. One day the head of Parliament came, and we were reduced to 100 people during his visit…”

The method of coercing detainees to making statements, by terrorising them with threats, has not changed either:

“In the museum there was a special department for detaining women. Among them were pregnant women who delivered in the prison. Their babies and children were used as means of torturing them i. e. they isolated their children to force them to admit to committing crimes that they never did.

“And I remember the words of another detained man, also one of the Badinan prisoners, when he told us that the security guards had said that if he didn’t confess, they would rape his wife. And he realized they would do it. So he confessed to a crime he never did. Later in the trial, he said in the court how he had been forced to confess under threat.” 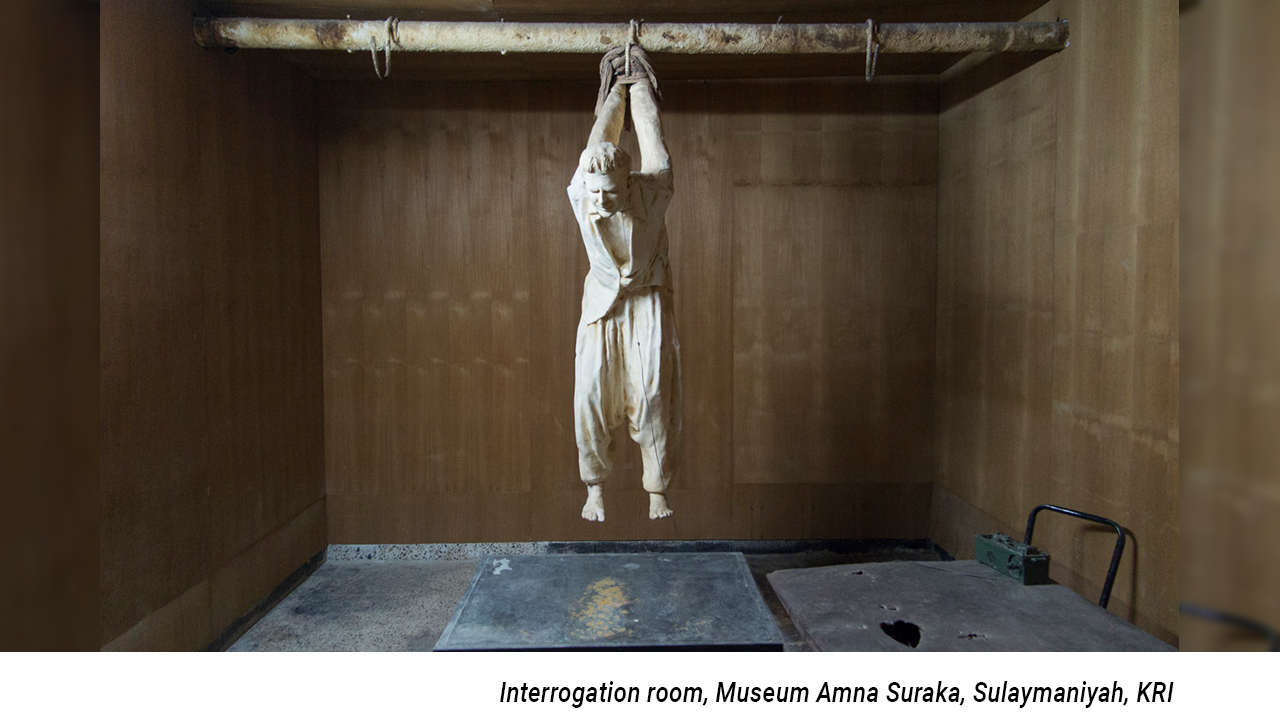 Nor is torture a thing of the past:

”The area of this room is 16 square meters. It was specifically for beating the victims according to the will of the security officers…

“The story from one of the witnesses, one of the detained independent journalists, gets into my mind: ‘I was blindfolded and handcuffed. Many people beat me. After the torture, they started to interrogate me. They pointed a gun at me and said I might be tortured again. They continued beating me. It was Asayish.’

“He was tortured both physically and mentally. The only way he could defend himself was with spoken words. Later they wanted him to make a confession on a video, saying that he had not been tortured. He answered ‘Yes,’ when they asked him if he had been beaten. It was deleted from the video.”

“History repeats itself!” Kronberg writes. “I don’t know how many times I have heard the same message from different families, different victims, and different people. In the past, it was Saddam Hussein. Today it’s Kurds against Kurds. Why?”