Turkey’s Ministry of Interior announced that 2 Kurdish guerilla fighters including Abdulsıttar Özer, a Kurdish fighter from the People’s Defence Forces (HPG), were killed during an ongoing operation in the Lice district of Diyarbakır (Amed) province.

New images presumably taken by Turkish soldiers and shared on social media revealed the dead body of Özer, stripped naked, hands bound behind his back with plastic ties suggesting he was extra judicially executed against all international treaties on war and conflict including the Geneva Convention. Eye witnesses in the area had seen a Kurdish fighter who had been captured alive.

In a statement on Wednesday 14 April regarding the operations in Lice, Turkish interior minister Süleyman Soylu announced that one of the two Kurdish fighters killed by the Turkish armed forces was Abdulsıttar Özer during the military operations in the Arıklı Neighborhood of the Lice district.

One day after these statements, a social media account shared a video and two images from the operation. In the video shared, the deceased body of a HPG fighter was seen carried in a blanket as the soliders were kicking him with vebal abuse.

One of the images shows that the deceased body carried in the blanket was an unidentified HPG fighter who was killed in the operation.

While the person in the other image was identified as Özer. Local sources in the area had told the Mesopotamia Agency that one of the HPG fighters was caught “alive”.

The HPG fighter Özer, who, it was claimed that he had been detained by the Turkish armed forces “alive”, was seen in the image lying on the ground naked faced down and his hands bound with plastic ties behind his back. One soldier is kneeling on his upper back area while another soldier is seen grabbing his hair. 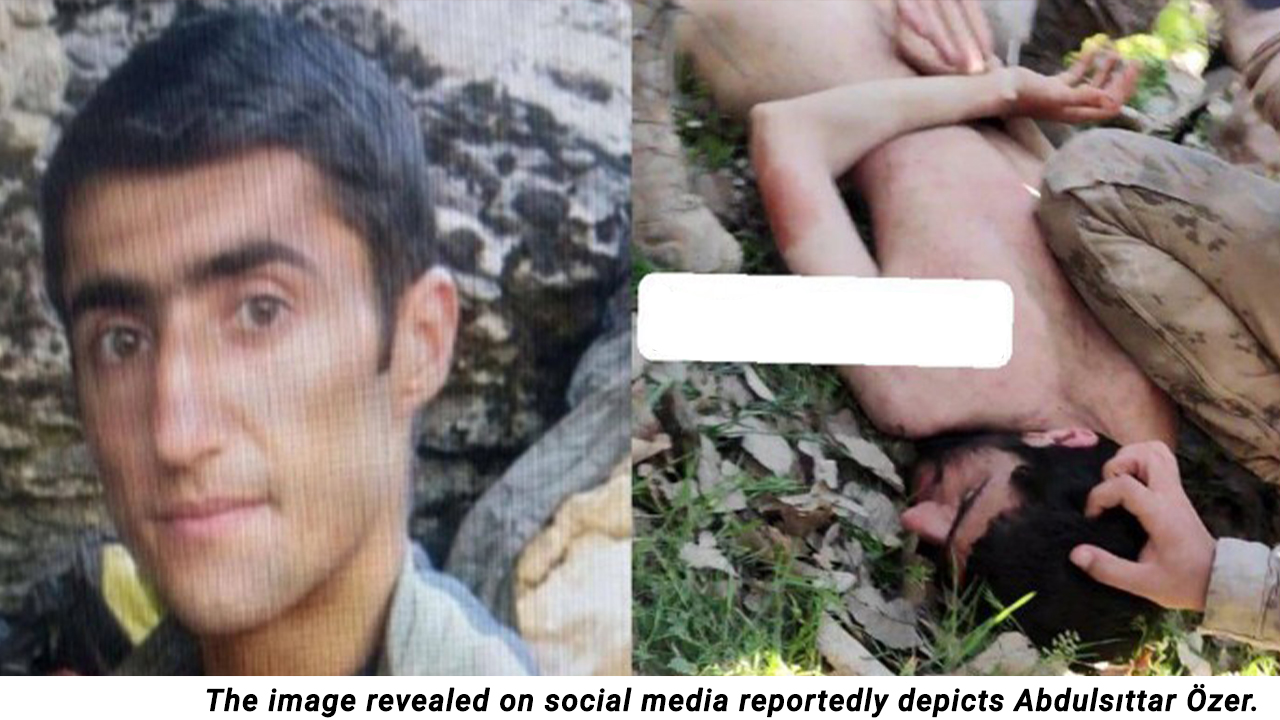 The images that came light after the official statement from the Ministry of the Interior have strengthened the belief and provide evidence that the Kurdish fighter was captured alive and then extra judicially executed later with his body being subjected to extra torture and humiliation either before he was executed or after.

Mark Campbell from the Kurdistan Solidarity Campaign called for an urgent investigation by the war crimes committee of the European Council saying. “Yet again we are seeing blatant war crimes openly committed and celebrated by Turkish soldiers in Turkey against Kurdish fighters with impunity and with no fear of prosecution. When will the international community stand up for the rule of law and investigate these horrific war crimes cases that go against the Geneva Convention and hold the Turkish government to account and bring the perpetrators to court.”