On 9 October 2019 Turkey entered Ras al-Ayn and Tell Abiad in Syrian Kurdistan and hundreds of civilians died as a result of the operation. Many were forced to leave their homes and land. The two cities have been cloaked in darkness since that date. And as ever in war, it is the women who are most deeply effected by the darkness.

Turkey and its proxies commit savage crimes against civilians in the border areas of North and East Syria. It is the women who suffer the greatest share of these crimes, Hawar News Agency (ANHA) reports.

Women in the occupied regions are faced with abduction and murder. Children too suffer from these crimes. Children too, like the women, are subjected to rape. Those who refuse to submit to these crimes are displaced.

Turkey entered Afrin in 2018, and on 9 October 2019 they entered Ras al-Ayn (Serêkaniyê) and Tell Abiad (Girê Spî) and slaughtered hundreds of civilians. Many were forced to leave their homes and land. According to data from the Autonomous Administration of North and East Syria (AANES) 300,000 civilians were displaced from the two cities.

Turkey also targetted civilians who tried to help other citizens. Politicians Hevrîn Xelef and Dayîka Eqîde, both murdered during the attacks on Ras al-Ayn and Tell Abiad, are examples of Turkey’s inhumane crimes.

Ras al-Ayn and Tell Abiad have been cloaked in darkness since Turkey entered them. Abductions and killings have become run-of-the-mill for Turkey’s paramilitary gangs. The women are forced to wear black niqab. The two cities are dominated by a mentality the same as that of Daesh.

The Human Rights Organisation of Jazeera have documented the killing of 429 civilians by Turkey’s paramilitary gangs. Fourteen of these were women, of whom three were ‘formally’ executed. In addition, 74 women have been injured having been targetted in various ways. But the organisation has been unable to document the incidences of rape of children and women. 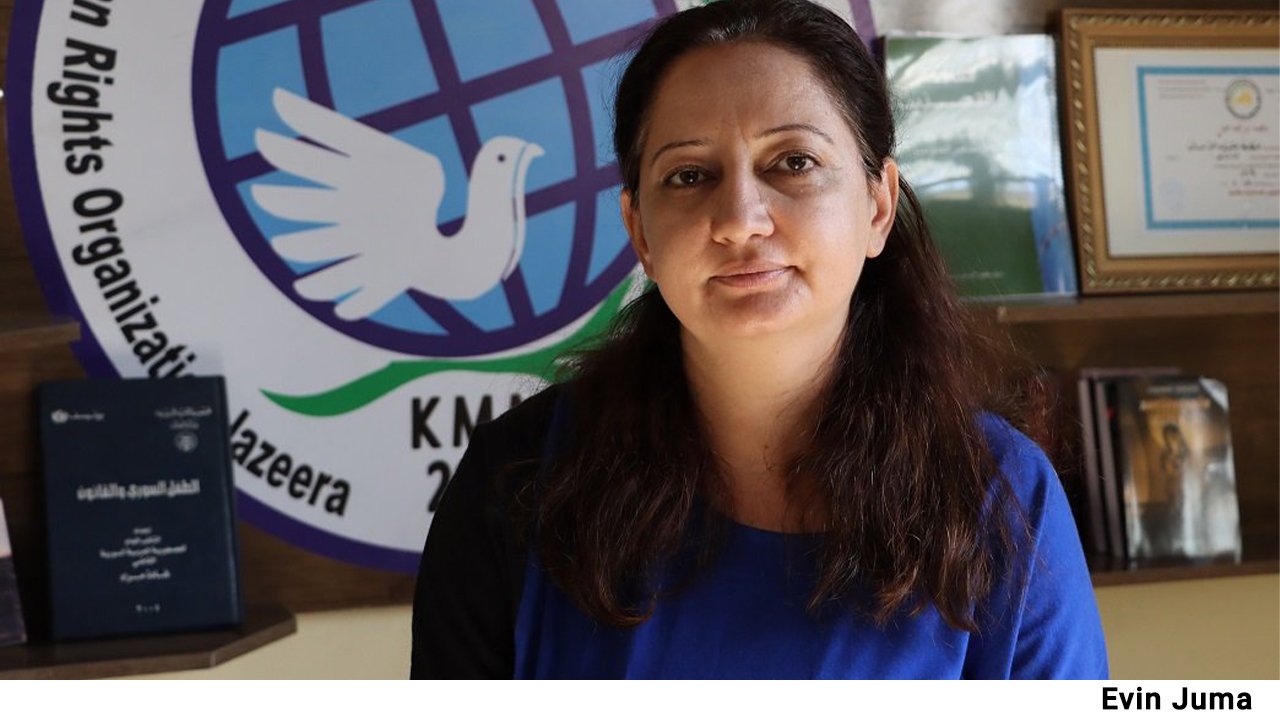 Talking on the subject, Human Rights Organisation director Evîn Juma noted that war crimes had been committed since the first day Turkey attacked, saying, “Turkey has targetted health institutions and schools. It has violated international law prohibiting the targetting of civilians. As a result thousands of civilians have been driven from their homes.”

Juma said that Turkey and its paramilitary gangs were targetting women to drive out the remaining residents from the region. “We have documented many killings and abductions. These crimes are war crimes. Turkey is responsible for these crimes which violate international law, and it is an occupying state.”

Juma said that Turkey was also responsible for the crimes committed against women in the areas they had entered: “Turkey has occupied the land in the region. It has abducted dozens of women. Most of them have been taken forcibly to Turkey and tried unlawfully. They even make dishonourable agreements with the women. Turkey and its paramilitary gangs should be tried by the international courts for these crimes.” 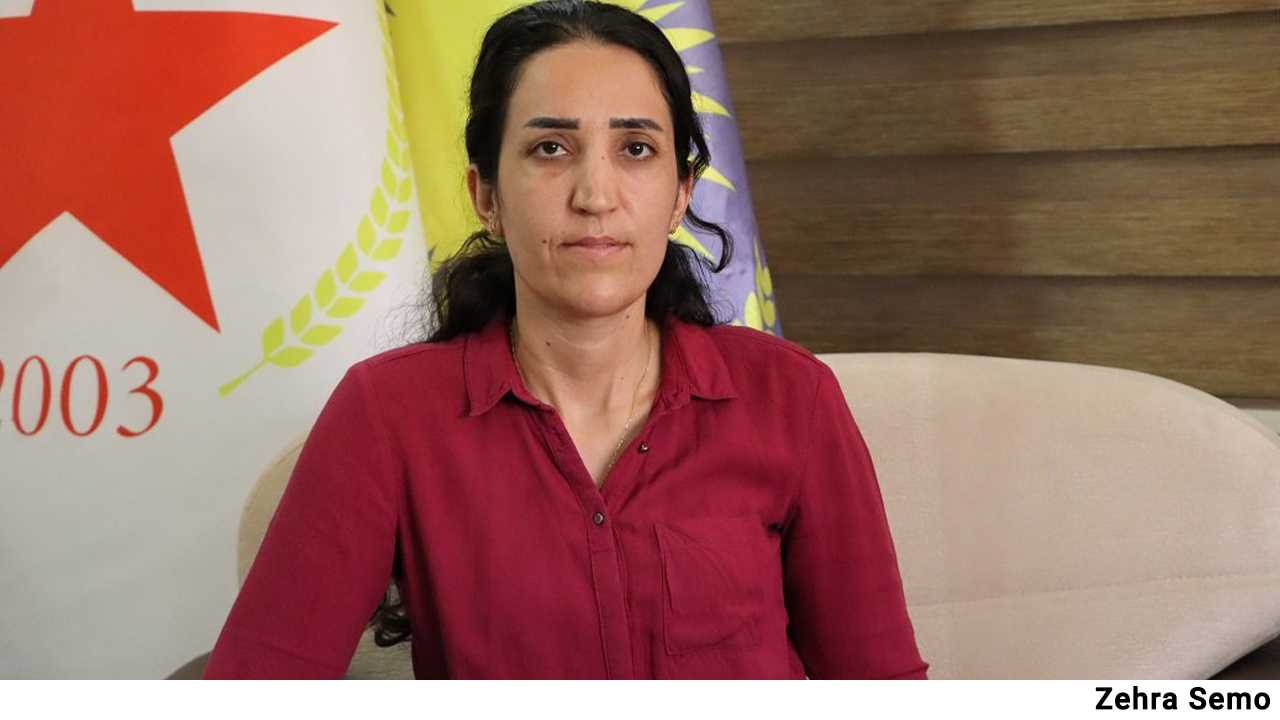 Ras al-Ayn Migrants Committee Administrative member and Democratic Union Party (PYD) Women’s Council Spokesperson Zehra Semo said that the international forces who remained silent in the face of Turkey’s crimes were themselves partners in the crimes.

Touching on the crimes of Turkey and its paramilitary gangs against women, Semo said, “Turkey is targetting the will and freedoms of the women by these crimes. Turkey’s paramilitary gangs are using women as a tool. After the start of the attacks against Ras al-Ayn they abducted and savagely murdered two Arab women, and they had buried them in Turkey before it was discovered.”

Semo said that the people of the region were disturbed by things like the security problems and the fighting between the gangs as well as their seizing of civilian property and closing of shops and businesses.

She also noted that Turkey had used NATO weapons, as well as prohibited weapons such as white phosphorus, in the attacks on Ras al-Ayn: “The international community is supporting Turkey by remaining silent in the face of its crimes.”

On the same subject, Semo stated that the diversity of the city had been reduced since Turkey had entered: “Turkey has forced the displacement of the original residents of the region in order to manipulate demographic change. For this reason the proportion of Kurds in the region is now only 40-50%, and that of Assyrians only 14%.”

Ras al-Ayn was famous for its cultural and linguistic diversity. Kurds, Arabs and Assyrians used to embrace each other. Women used to play a leading role in the security of the region.

In relation to the role of the Ras al-Ayn Migrants Committee in the documentation of the crimes, Semo said, “We expend great efforts to make all crimes of violence known to the public, especially those against women. We hold meetings with the displaced people.”

Semo called upon women’s and human rights institutions to increase their efforts to document the crimes of Turkey and its paramilitary gangs and to enable the return of the displaced to their own lands.