Ragıp Duran: ISIS and the Taliban ‘are the bloody curse of political Islam’

Turkish journalist Duran says Erdoğan will probably take advantage of the migrants from Afghanistan, using them to bargain with the EU as he did with the Syrians.

ANHA spoke to Ragıp Duran, a Turkish journalist, author and academic, about what is going on in Afghanistan, and the Taliban’s success in seizing control of the whole country in just a few days.

Duran has worked as a reporter for the Turkish newspapers Hürriyet (Freedom) and the Cumhuriyet (Republic) and for foreign media outlets, the BBC and Agence France Presse (AFP). He has also written as a correspondent for the French daily Libération. He has published several translations and books, including Among Afghan Fighters and The Media that Wear Epaulettes.

Duran was sentenced to ten months in prison for an article published in April 1994 in the later banned pro-Kurdish daily Özgür Gündem (Free Agenda) which was based on an interview with Abdullah Öcalan, the leader of the Kurdistan Worker’s Party (PKK), on charges of “separatism” and “propaganda.” In February 1999, he was released.

In 1991, he was named journalist of the year by the Human Rights Association (IHD) in Turkey. In 1997, Duran received the Hellman/Hammett Prize from Human Rights Watch. 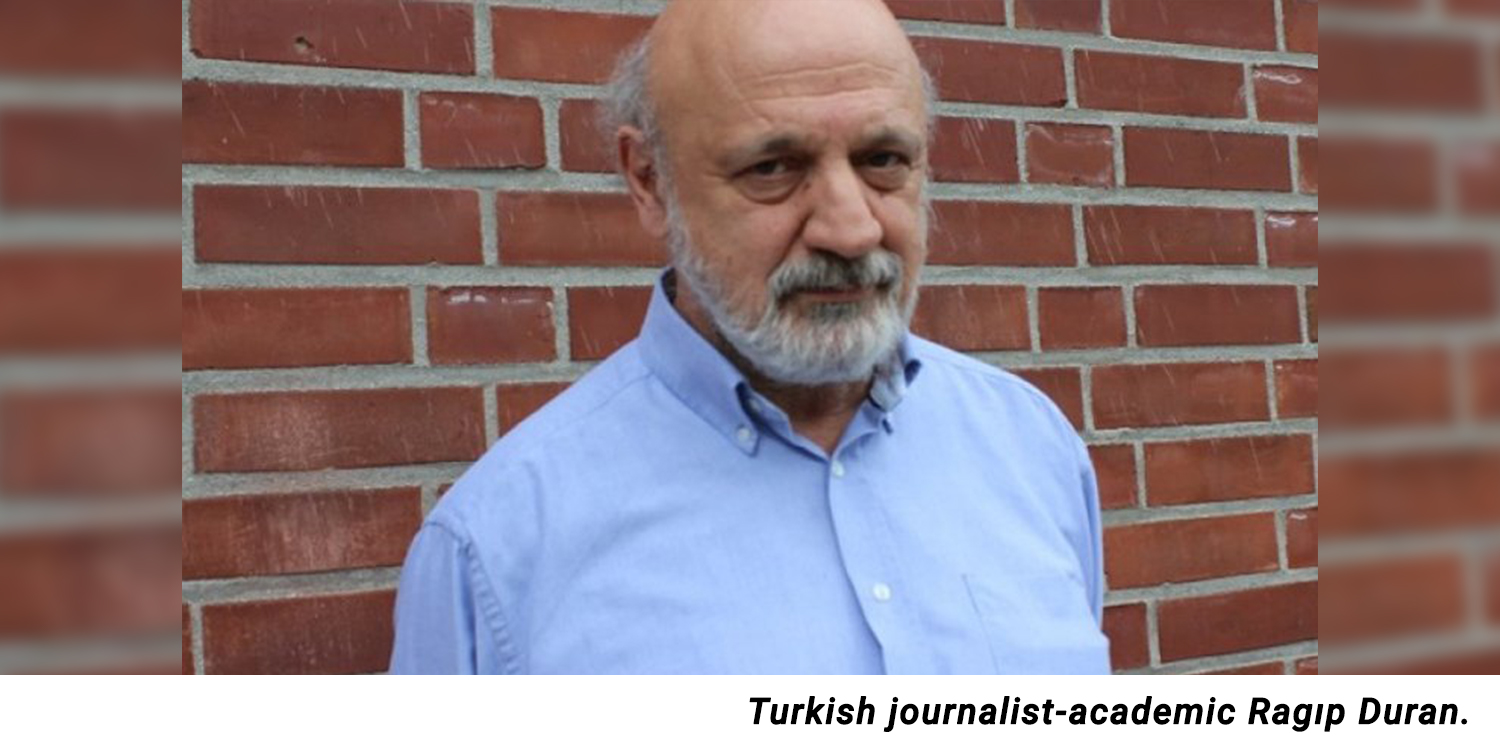 What is happening in Afghanistan? What is behind the Taliban’s ability to take control of the whole country so quickly?

Naturally, the US’s withdrawal is important, as is the surrender of the Afghan government’s army, which is more numerous and better trained and equipped than the Taliban. The Taliban is supported by Pakistan and Beijing, and Ankara also gave them the green light.

Ethnic disparities in the population, economic problems, poverty and high crime levels have gained the Taliban some legitimacy with the people. Religion is very important there, and the Taliban have had 20 years to prepare. If their influence is limited to Kabul, it may not create huge problems, but they are likely to add to regional instability.

Will the Taliban limit themselves to Afghanistan? What can we now expect politically regarding Afghanistan?

All Afghanistan’s neighbours have Muslim populations. All Afghan citizens who are forced to leave and settle in other countries, including Turkey and even western Europe, will have some kind of connection with the Taliban administration. A radical fundamentalist terrorist organisation with the power of a state will have a political effect on Muslims throughout the whole world.

The UK and the US have intimated that they will meet with the Taliban. Critics complain that this legitimises them. Are they being drawn into the global system?

The Taliban cannot be easily drawn into the neo-liberal global system, with the values and religious interpretations they defend, and they do not have the mentality to fit into this mechanism. On the contrary, it reacts harshly, even wildly, to such attempts. The Taliban are different from ISIS in some respects. When you look at it from the west, it also has a lot in common. Both are the bloody curse of politicial Islam.

Thousands of Afghans are emigrating. Doubtless, most of these people will come to Turkey. What are the plans for the Afghan migrants?

Ankara does not have a comprehensive, systematic immigration policy. President Erdoğan prefers to adjust the official policy towards migrants, according to the political circumstances. He will probably try to take advantage of the migrants from Afghanistan as he did with the Syrians, using them to bargain with the European Union, as hired soldiers for cross-border operations, as a weapon against the opposition, using them as cheap, uninsured labour in the black market economy or buying their votes by granting them citizenship. But there is a big difference. Erdoğan is an enemy of Asad, but the administration has already stated that they share values with the Taliban and that they are open to negotiations with them.

How can events in Afghanistan evolve in the context of the modern world?

For a civilisation (I mean a savagery) to come to power that locks up women and chops off heads, … at the same time as modern mass movements like Me Too and Black Lives Matter develop in one part of the world during the 21st century. (…) It’s piteous.