PYNK’S Bektaş on Kurdish unity talks: ‘Turkey works on all cylinders against the AANES’

Kurdish unity talks to reconcile the two main Syrian Kurdish political factions are at a major bottleneck. PYNK member Sema Bektaş claims that one of the reasons is “Turkey’s intervention” in the dialogue.

As the Autonomous Administration of North and East Syria (AANES) focuses on the goal to unify the Kurds in Syria, it also carries out diplomatic contacts for their status to be “officially recognised”.

Sema Bektaş, a member of the PYNK’s negotiation board, told Mesopotamia Agency that after the Syrian Democratic Forces (SDF) Commander Mazloum Abdi urged the two sides to re-launch the meetings, PYNK gave the message that they were”ready”, “but the ENKS issued no official statement showing their willingness to re-launch talks”. 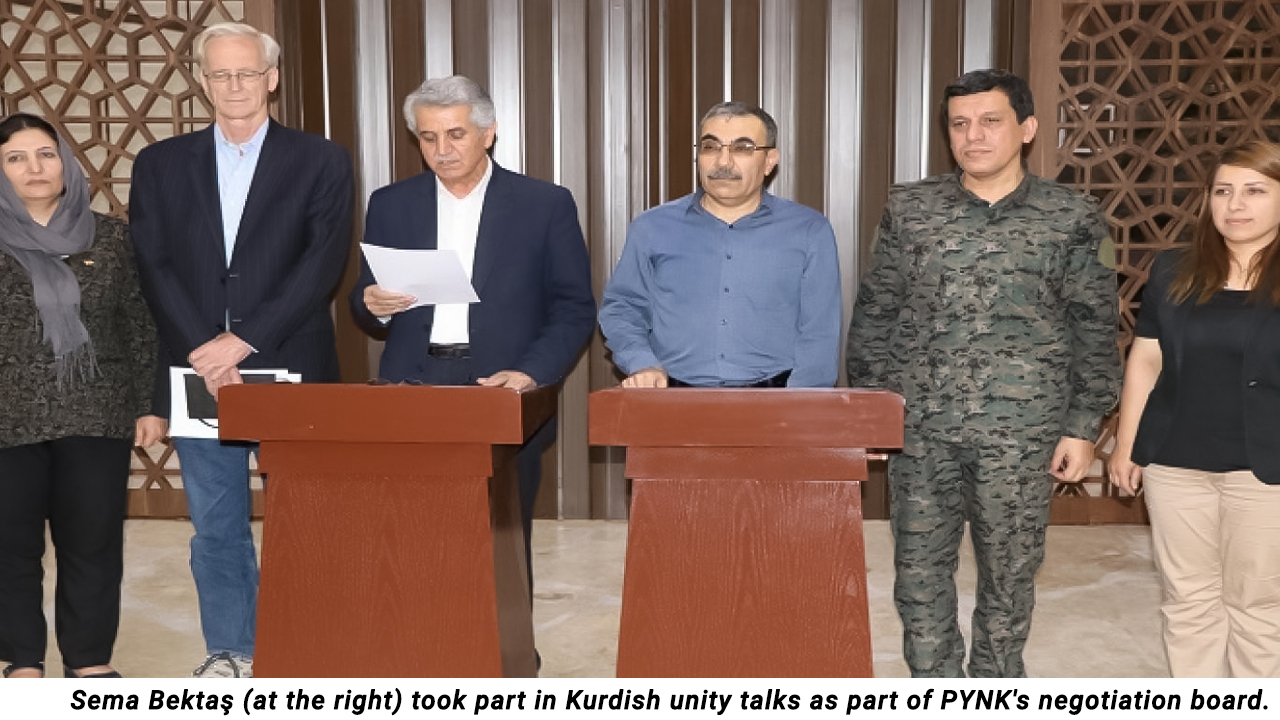 “The USA have organised meetings both with us and the ENKS for talks to re-start,” Bektaş said. “But the ENKS causes the bottleneck using all kinds of excuses. They say, ‘If Assad goes, the opposition will come for his place’ and since they are a part of the opposition, they used this argument as an excuse.”

“They keep saying that we should wait to further understand the Syrian policy to the new US-administration. The ENKS has brought up issues that had been previously agreed.”

Bektaş also referred to Turkey’s cynical role against the solution in Syria and against Kurdish unity. “Both in the meetings for a solution of the problems in Syria and in the diplomatic works for the official recognition of the AANES, Turkey is the biggest obstacle,” Bektaş added.

“Using their diplomatic relations, Turkey prevents AANES to join the meetings. The main reason why the AANES is still not officially recognised is that Turkey works on all cylinders against AANES.”

Despite all such efforts to take AANES out of the picture in Syria, Bektaş further noted, “resistance” and the “democratic system” built by the AANES has been a “source for inspiration”.

“Starting with European states, many governments send their representatives to the AANES to form relations and to observe their achievements,” Bektaş said. “Such diplomatic contacts changed the perspective of many states towards the AANES in positive direction. This is an achievement of the revolution itself.”