The daughter of Leyla Güven, the imprisoned co-chair of the Democratic Society Congress, said that she was told by her mother about an incident in which she had been threatened by a prison guard, and that the prison administration had taken some safety measures as they must be aware of a real threat.

It has been revealed by the daughter of a prominent Kurdish politician in jail that her mother has been threatened by one of the prison guards at the Women’s Prison in Turkey’s eastern province of Elazığ.

Speaking to Vecdi Erbay from the news Website Duvar, Sabiha Temizkan, the daughter of imprisoned Kurdish politician Leyla Güven, said that her mother had been threatened by a guard named İsmail and she has only recently learned about the incident when she went to visit her mother.

‘My mother said that when she was waiting in a room to get her third dose of vaccination, a prison guard named İsmail approached her and instructed her rudely to get her hands out of her pockets. My mother reacted saying, ‘What’s your position? Why am I supposed to get my hands out? I’m not your subordinate, I am a person in custody.’ The man got furious and started yelling at her. ‘You will get them out even if you are the president.’ Then the prison’s deputy director and other guards tried to intervene, but the man kept on yelling and threatening, repeating, ‘You just wait and see.’ My mother told me that the man was actually about to resort to physical violence against her if the others had not intervened.” 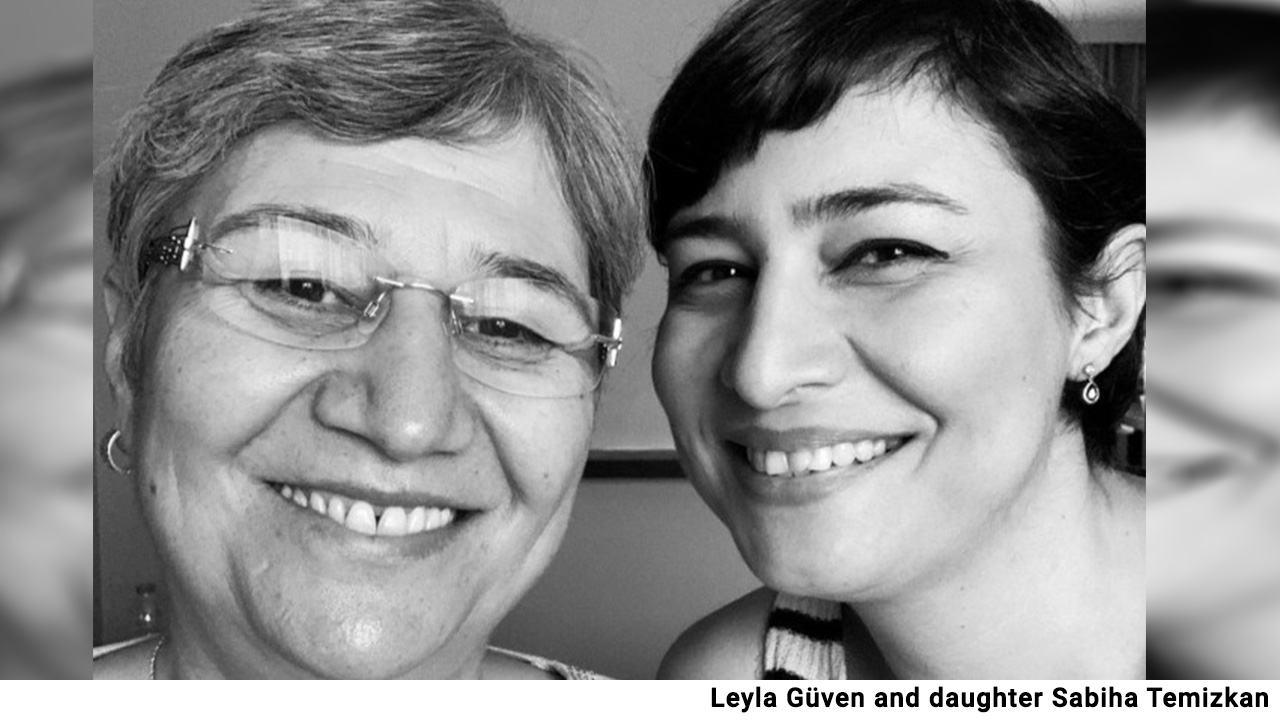 Sabiha Temizkan continued: “A guard who threatened my mother in front of other prison officers is a concern here and he is still on duty. My mother said she feared for the safety of her life and the prison administration actually started taking some measures. When I went to visit her there were six or seven guards accompanying her. Normally there would be only one or two. This means that the administration is aware that there is a real threat concerned.”

Leyla Güven, the co-chair of the Democratic Society Congress (DTK), a dismissed MP for the People’s Democratic Party (HDP) and former mayor of Turkey’s Kurdish-majority city of Viranşehir (Wêranşar), had been detained on 22 January 2018, and arrested nine days later for her criticism of Turkey’s cross-border military operation dubbed “Olive Branch” in Afrin, northern Syria.

In 2018/2019 Leyla Güven also led a global hunger strike for 200 days to break the isolation of the Kurdish leader, Abdullah Öcalan.

Güven was more recently subjected to a one-month communication ban by the prison’s disciplinary board in October for dancing and singing in an ‘unidentified language’ (Kurdish) in the ward.