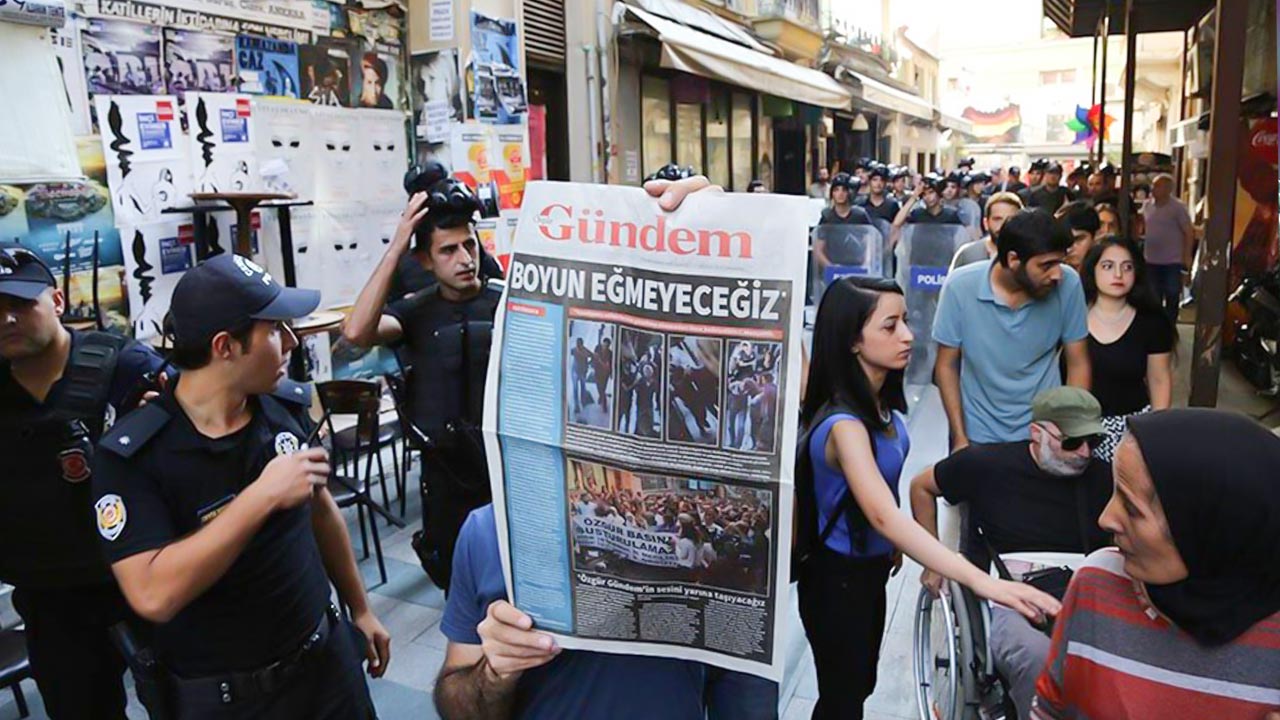 The Third Penal Chamber of the İstanbul Regional Court of Justice in Turkey upheld the prison sentences of the journalists who joined the campaign ‘Editors-in-Chief on Watch’ for the newspaper Özgür Gündem which had been shut down by legislative decree in 2016.

The İstanbul 14th Heavy Penal Court had ruled that Ertuğrul Mavioğlu, Mehmet Fehim Işık, Celal Başlangıç, İhsan Çaralan, Öncü Akgül and Celalettin Can be sentenced to one year and three months in prison for “propagandizing for a terrorist organization”. Hüseyin Aykol, the co-editor-in-chief of the newspaper, was also sentenced to three years and nine months on 3 April 2019. 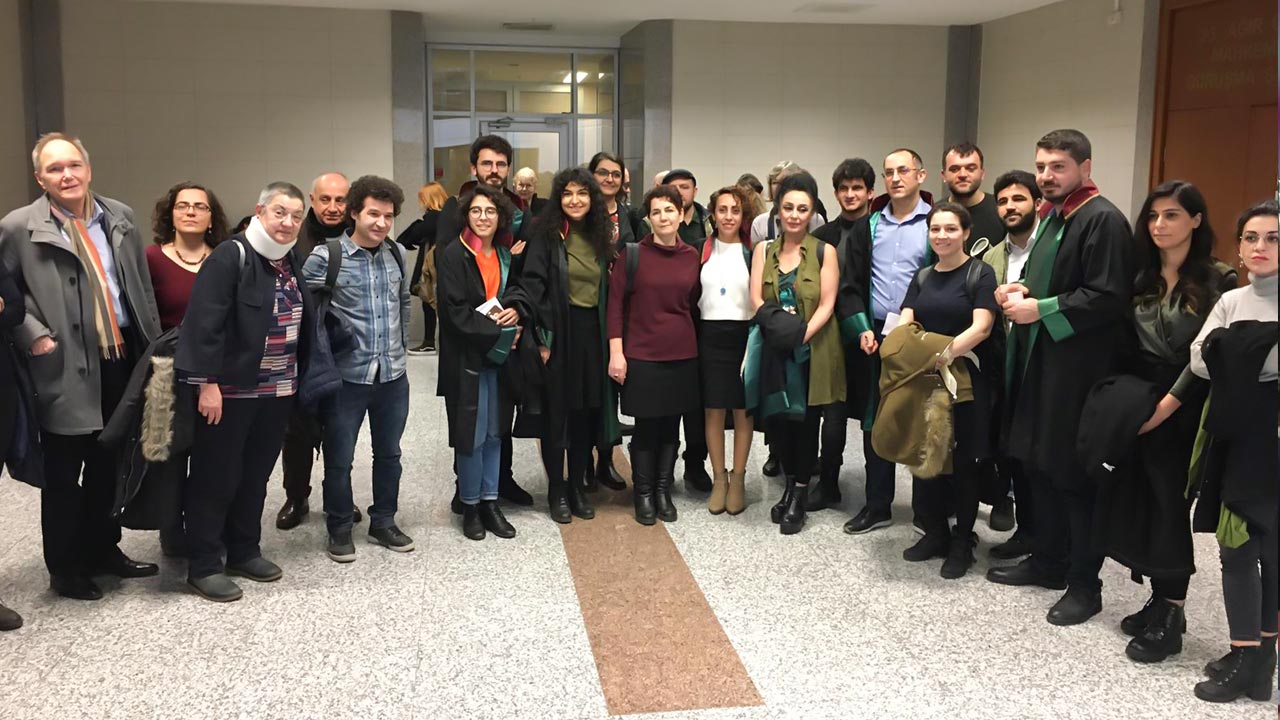 According to Mesopotamia Agency, the court of appeals upheld the decisions on Celalettin Can, Hüseyin Akyol, Ertuğrul Mavioğlu, Mehmet Fehim Işık, Mehmet Celal Başlangıç, Öncü Akgül and Dilşah Kocakaya on the grounds that they were guilty of “terrorist propaganda”.

The court has also upheld the acquittals for Ömer Ağın, Veysel Kemer, Mehmet Şirin Taşdemir and Yüksel Oğuz regarding accusations that they had been “propagandizing for a terrorist organization”.

Background to the trials

The ‘Editors-in-Chief on Watch’ campaign for Özgür Gündem began on 3 May 2016 and ended on 7 August 2016. Writers, artists and journalists launched the campaign in support of the newspaper.

Özgür Gündem was shut down by Statutory Decree No. 675 which was issued under the State of Emergency.

In total, the court of assizes launched investigations against 49 of the 56 ‘editors-in-chief on watch’. Eleven of them ended in verdicts of non-prosecution but 38 ‘editors’ faced lawsuits. 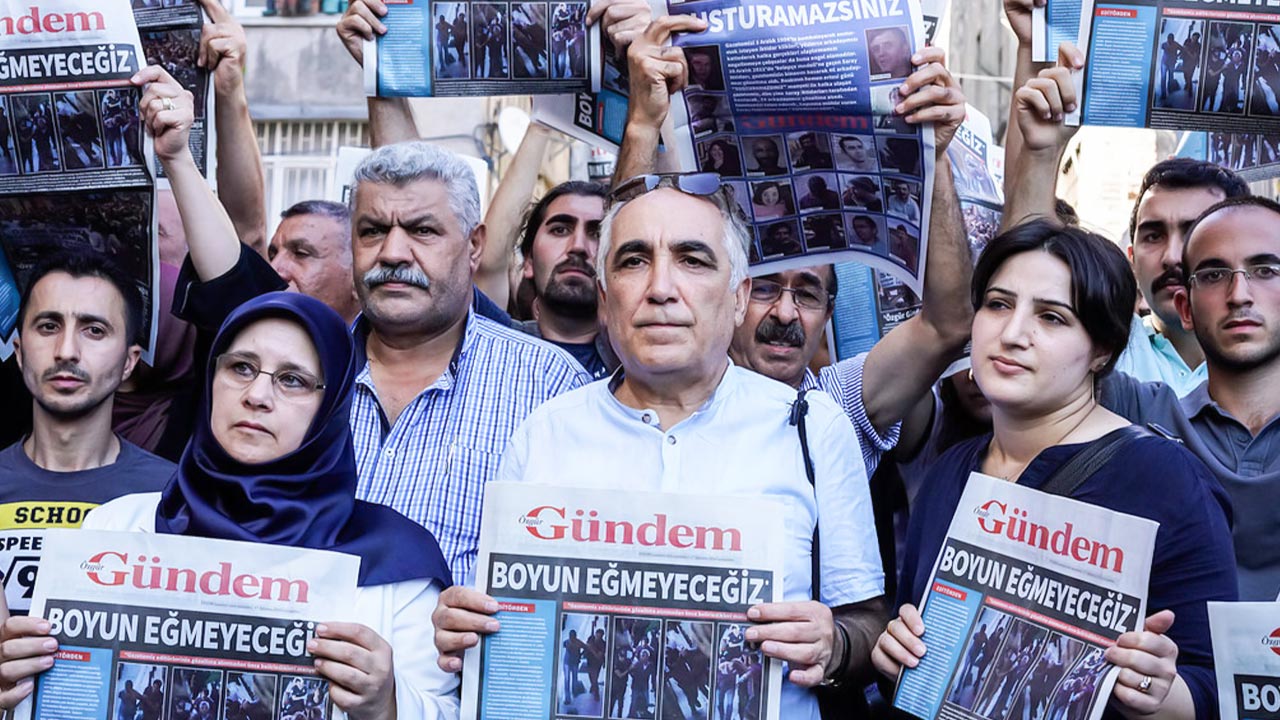 One of the 38 lawsuits was dropped. The charges brought against Deniz Türkali violated statutory limitations so they were dropped.

The cases of Can Dündar, Said Sefa and Veysi Alta’s still continue. Twenty-seven people were sentenced to 67,000 TRY, 293 months and 15 days.

Hüseyin Aykol, who had been arrested on 12 July 2019, was released on 25 October 2019. Erol Önderoğlu, Şebnem Korur Fincancı and Ahmet Nesin were arrested on 20 June 2016 but released ten days later.