We, as a family, fought for all four parts of Kurdistan. Therefore, every part where each of my sons were martyred is valuable and meaningful to us. The graves of each son are in a separate places in Kurdistan, 74-years-old Direxşan İbrahim Azîz, mother of three martyrs, told Özgür Politika newspaper.

74-year-old Direxşan İbrahim Azîzhad had to live in Cologne, Germany with her daughter Beritan Sabri for four years after they were subjected to pressure in Iraqi Kurdistan.

Mother Direxşan İbrahim Azîz, spoke to Özgür Politika newspaper about her involvement in the Kurdish Freedom movement and her three sons who were martyred in active struggle in the Kurdistan Workers Party (PKK).

Mother Diraxşan who is married and had six sons and a daughter, has been a teacher, has served the people of Silêmanî in Iraqi Kurdistan for nearly 40 years. “I am from the Silêmanî people”, she says firstly. 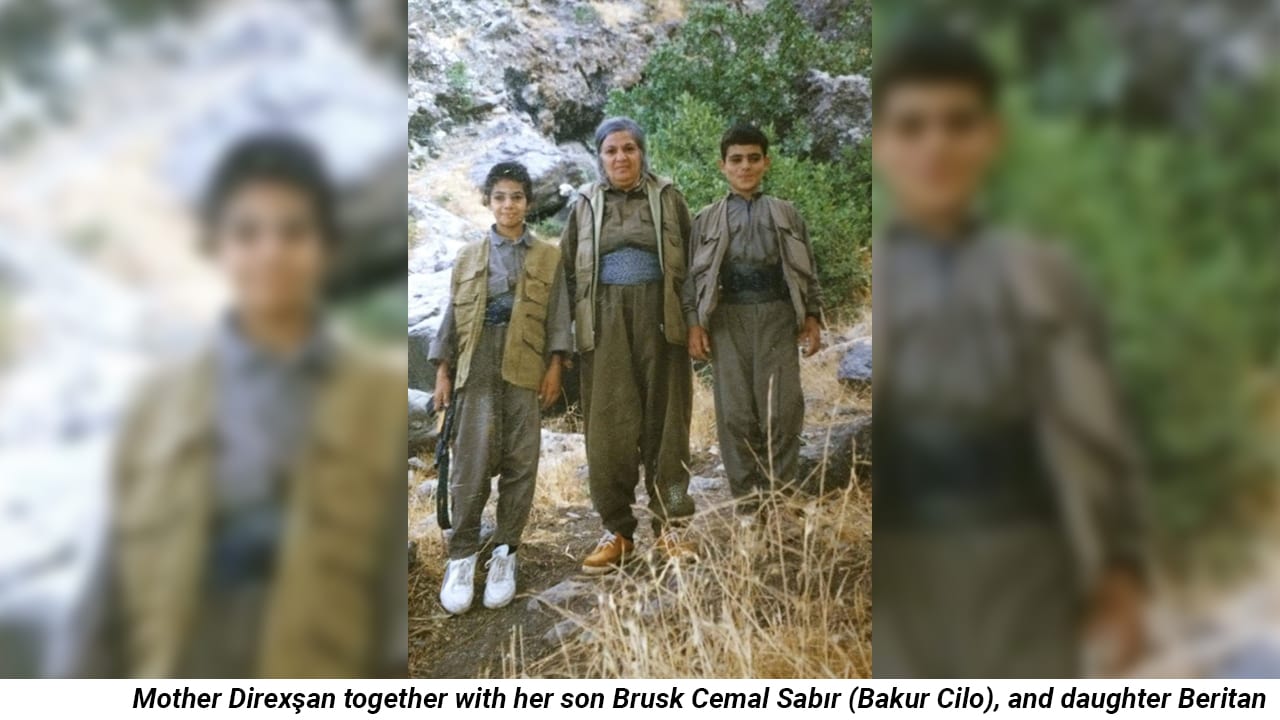 Three of my children have voluntarily joined the Kurdish freedom movement.

Cemal Sabır (Xemgîn) joined in 1992 and was martyred at the age of 26 in 1997 in the Zagroslar. Siyabend Sabır (Şahin) went to the guerrilla in 1995 and was martyred in Metîna in 1997 when he was 19. Brûsk Cemal Sabır (Bakûr Cîlo) was only 12 years old when he joined in 1996. With the Rojava revolution, he voluntarily moved to Rojava and took part in the resistance. He was killed in a clash in Shexmaqsud, close to Aleppo, at the age of 33 in July 2016.

I have never brought my sons from where they were martyred. Because we, as a family, fought for all four parts of Kurdistan. Therefore, every place where my sons were martyred is valuable and meaningful to us. The graves of each are in a separate place in Kurdistan,’’ she said.

One of my sons stayed in prison and was tortured. My other son, Zana, also fought against the invaders. It was 1997 when he was captured by the KDP. He was held in the KDP’s Akre prison for a year. His friends were also captured in that war.

The KDP put them in a car and exposing them on the streets, “Look, we caught the PKK guerrillas.” they announced. Then they put them in prison. He was tortured by both the KDP and the PUK. He is still receiving psychological treatment for this.” 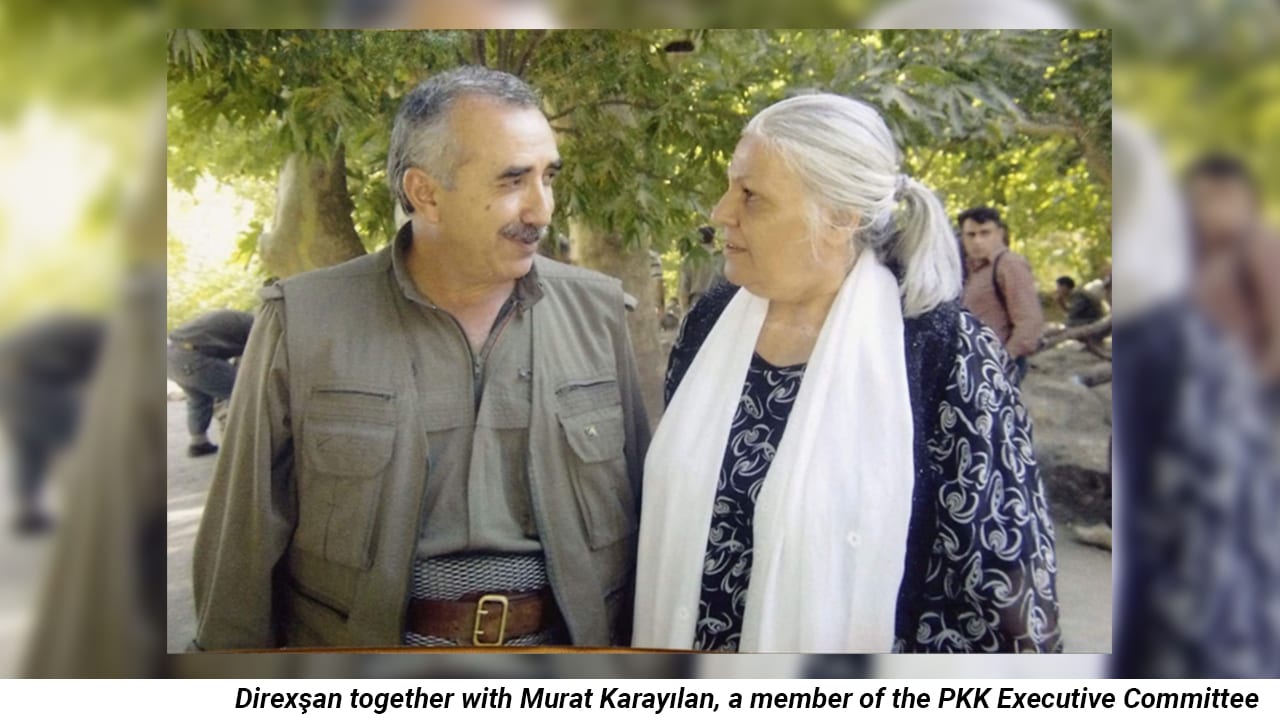 After Xemgîn was martyred, our connection became stronger. I said to the friends, “I have only one request from you; We, the Kurdish nation, each of us has wounds from head to toe. If you are going to act like the Southern political parties, go from my house. ” I tested them politically and morally for about a year. At that time, I decided to continue the struggle in the PKK movement. The struggle is not easy, there are many difficulties within the movement. But every day I lived in the movement, I became stronger. I understand that the PKK is not only a national movement but also a struggle for humanity. For whatever problem, this movement has a cure for the nations in pain in the Middle East. It serves the Kurds, Palestinians and the oppressed peoples from all around the world and mobilises support for them.

In 1996… We organized the Newroz celebrations. After the celebrations were over, I hurried home and got my ID and some money, … and came to Hewler, I stayed in the place of Doctor Sirwan. I stayed there for a while; I visited patriots, there were some women friends and we talked with them.

After a while, we reached Çiyaye Sipî (Tigris River). Sara (Sakine Cansiz) was with us. We sat on a rock and took a break. I had some grapes and the bread made on the mountain.

At that time, the KDP was around. Our journey was dangerous; We passed Saddam’s soldiers on the way. There was also an encounter with Syrian soldiers near Derîk just after the border. We lay on the ground, hiding and they did not notice us, so we continued on the road. Then we reached Derîk. We then went to Aleppo by bus. We stayed in Aleppo for a day or two and then reached the field. There was Sakine Cansiz and Heval Cuma with me. We met with Serok (leader) Öcalan, he was wearing a work suit and rubber shoes. The leader was working like a hard worker with friends. He came to say welcome and sat around a table with us, asked about our situation. The weather was hot, and I was coughing. “Yadê are you smoking?” he asked. I said, “Nobody smokes in our family.” Then I asked “I have a request from you. “Prohibit smoking to friends in the mountains,” I said. I don’t know, but perhaps that had an impact on Serok Öcalan’s decision not to smoke.

He did not have a special food, and spent his life with his friends. He played football with friends every evening after training. He woke up early in the morning, he had his pigeons. He regarded those pigeons like humans and trained them. Education was continuous, always on the move and lectures every day. 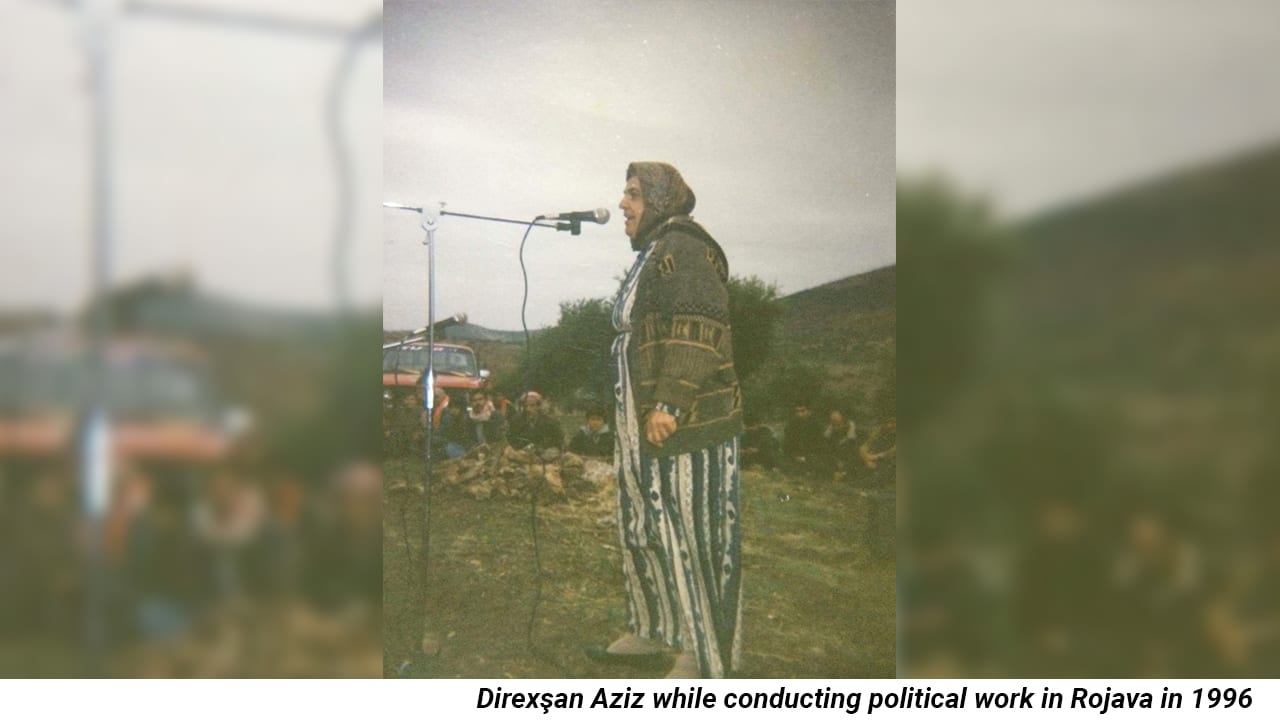 I worked in the civil projects in Rojava. One day we were walking with heval Şîlan, I told her ‘Now I see the people of Rojava, one day it will become a symbol for the other three parts. I have no worries about Rojava, a people trained by the President.” They understood who I meant by ‘the president’’’

That is why Rojava will become a symbol for other parts. Because they were aware. I saw it. They fought against ISIS, did not leave their homes, resisted and succeeded against ISIS in Rojava. I also explained this in a program in Iraqi Kurdistan. I explained to them what I saw in Rojava in 1996, and again in 2000. Hostility is different in every part of Kurdistan; they are trying to destroy our nation in Bashur, by banning language in Rojhilat, and by attacking the PKK in Bakur. But in Rojava, the leader Öcalan’s training has had a huge impact on the public.

‘I’m calling to the four parts of Kurdistan: the solution to our problem is not Turkey nor Europe, it is our hands. We must move forward without saying that it is the KDP or PKK. Let’s live free like other people in the world. We want the unity of the peoples, we do not want hostility. We can take our self-determination right and do not let the enemy use the hopes of our people,’’ she said.