Reacting against the "polygamous marriage office" that opened a few days ago in the town of Azaz, in Syria, controlled by Turkey's proxies, women from Manbij said the practice is an extension of the male-dominated mindset that sees women as slaves.

A “polygamous marriage office” has opened up in Azaz, a town to the south of the Turkish border that is controlled by Turkey and Free Syrian Army militants. The people of north and east Syria, especially the women’s movement, have reacted strongly against the opening of the office, defining it as an extension of the mentality that sees women as slaves.

Azaz in northern Syria was one of the first towns to fall under the control of Turkey in its Operation Euphrates Shield in 2016. Since then various rights violations have been reported, and human rights organisations are condemning Turkey for its Turkification policies and for trying to manipulate the demographics of the region.

The opening of the polygamous marriage office caused angry reactions among the people of north and east Syria, especially the women’s movement.

Speaking to ANHA, women of Manbij said that the opening of the polygamous marriage office in the region as women are fighting for their rights, is an attack against women’s achievements.

Nesrîn Al-Elî, spokesperson for the Manbij Zenûbiya Women’s Society, recalled that women have been controlled by male-dominated traditions in society for centuries, and remarked that this mentality continues today in Azaz. 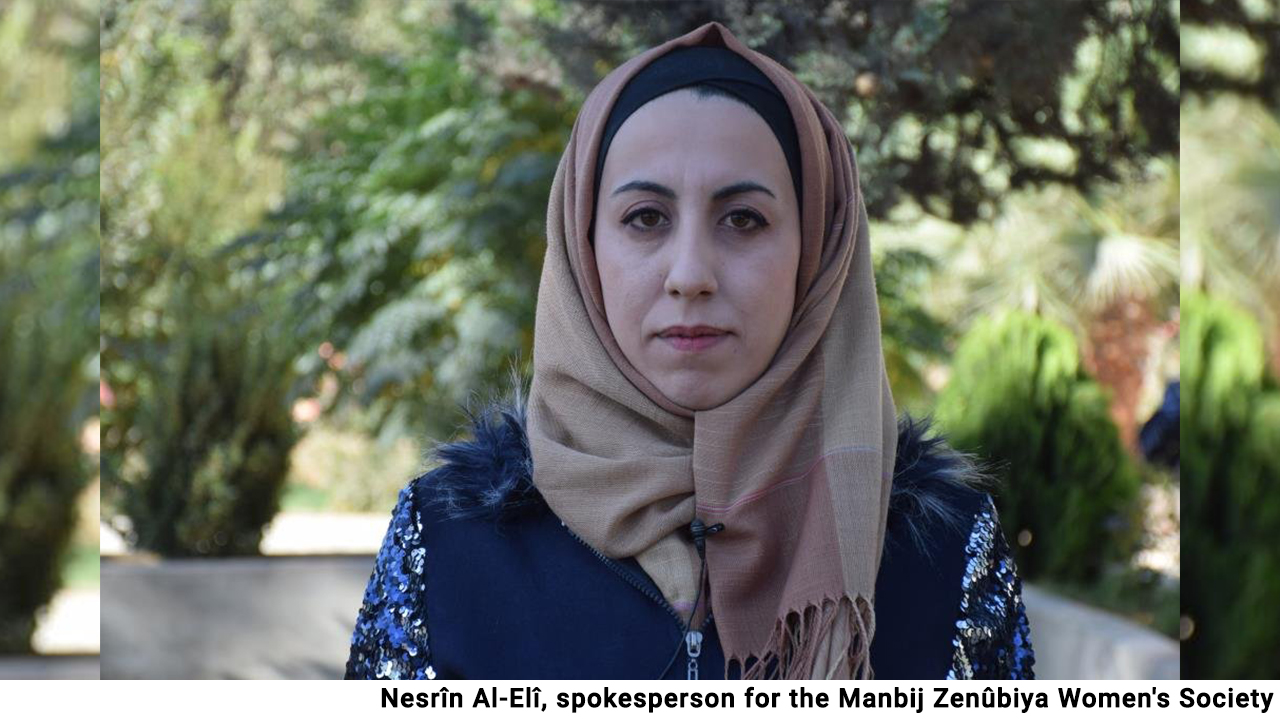 Noting the positive steps taken by women in recent years, Nesrîn Al-Elî said, “Women started the freedom revolution with a strong will and with persistence, and fought against the male-dominated society. The women’s struggle for freedom continues especially in north and east Syria”. She continued: “Women there have attained most of their rights and set an example to all other women in the world, and especially in the Middle East”

Pointing to the difficulties experienced by women in the regions controlled by Turkey and its proxies, Nesrîn Elî said, “The opening of a polygamy office in Azaz city is a betrayal of women’s achievements. Its aim is the enslavement of women. All of this is done in the name of shari’a (Islamic Law) by those who use religion to their own ends.” 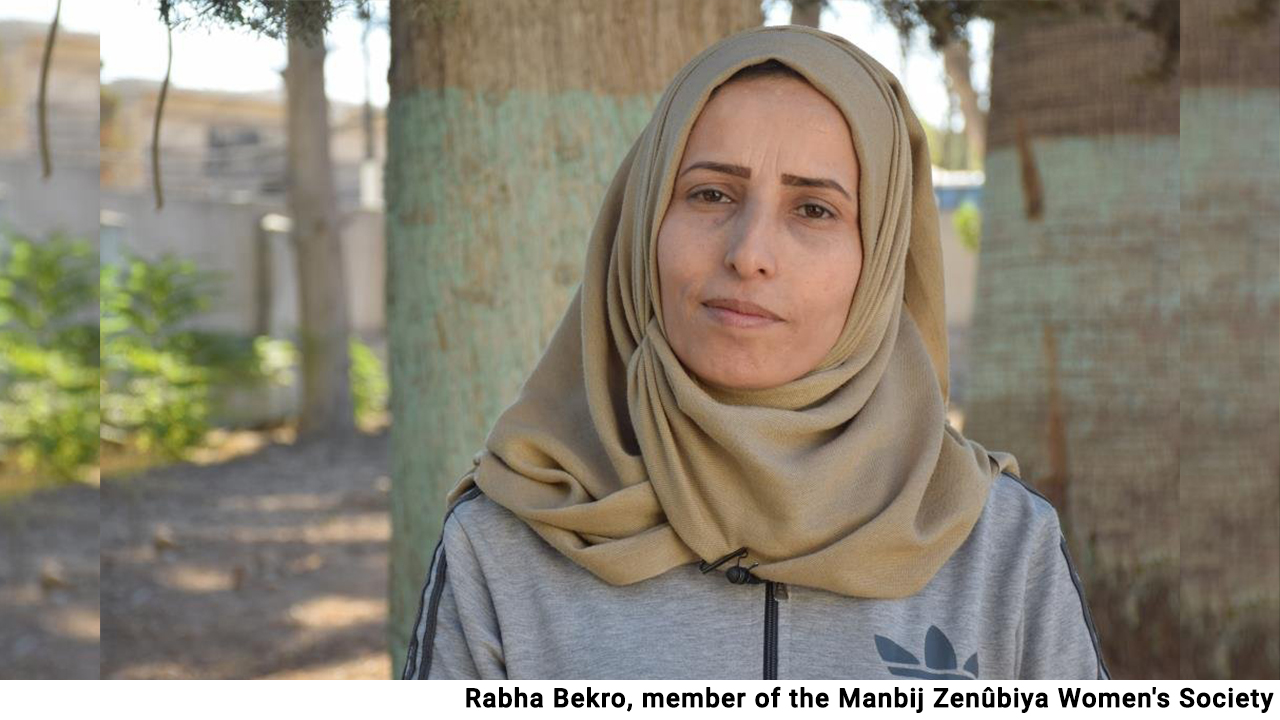 Another woman from Mambij, Rabha Bekro, who is a member of the Mambij Zenûbiya Women’s Community Office, also spoke on the subject, saying : “This has nothing to do with Islam.”

She mentioned the rights violations, abductions and murders in the regions controlled by Turkey and its armed groups.

“There are various injustices going on in the region. They are bombing civilians as well. As if this were not enough, now they have opened a polygamous marriage office in Azaz. It is aimed at breaking the will of the women. They do it in the name of religion but has nothing to do with Islam.”

Last week the Coordination body of Rojava-Kongreya Star (a confederation of women’s unions in north and east Syria) also published a statement regarding the opening of the polygamous marriage office.

“We strongly condemn what has been happening in the occupied regions as a result of the patriarchal and reactionary mindset that negatively affects society and especially women,” the statement said: “We must stand up to problems that harm society so that we can achieve equality between men and women. With the Rojava revolution, women gained their rights and took their places in all aspects of life. Kongreya Star will continue to educate the community and fight for the resolution of problems.” The statement also urged men and society to abandon traditions like polygamy and participate in the construction of a moral and just society for women.