A recent study of the 2018 election results focusing on the results in Turkish prisons has found out that more HDP supporters are jailed in Turkey than supporters of any other party.

Research recently conducted by a journalist revealed that the People’s Democratic Party (HDP) had the support of the majority of the prison population in Turkey in the last general elections. 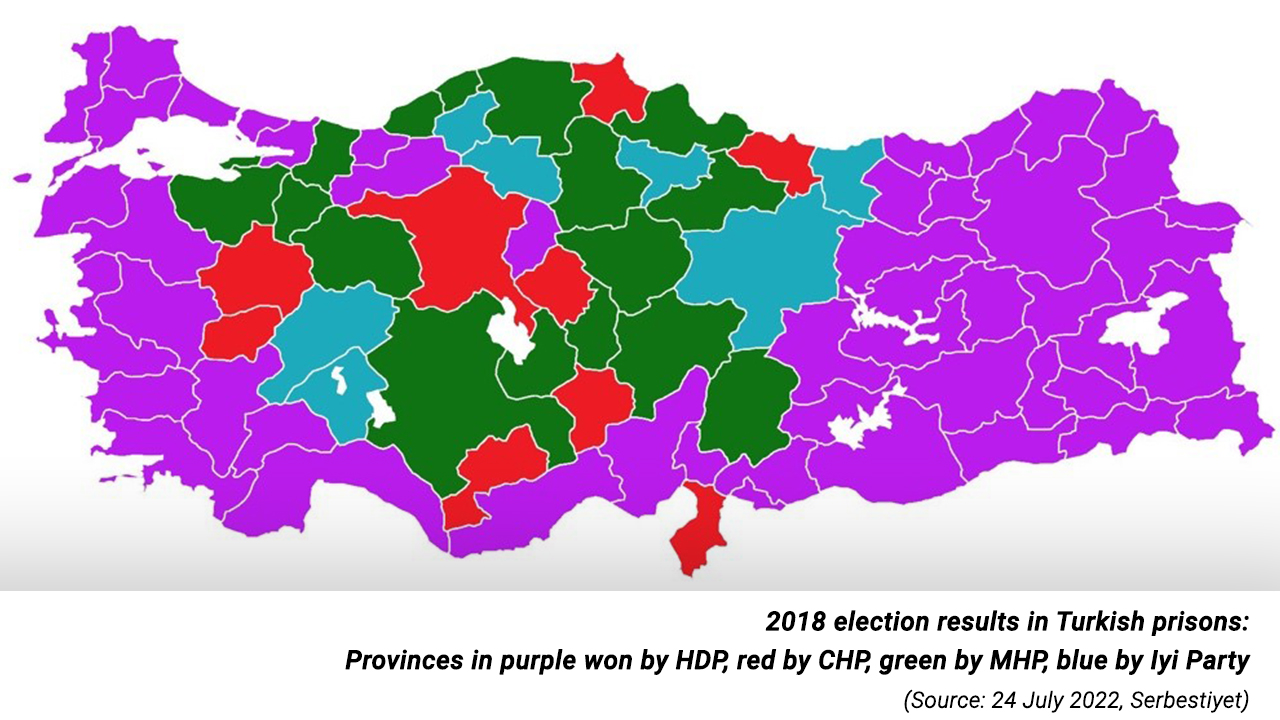 Journalist Doğan Can Polat found out after carrying out research based on the data of official election results that HDP emerged as the winner in prisons located in 49 provinces, while the ruling alliance’s partner Nationalist Movement Party (MHP) won in nine provinces and the main opposition Republican People’s Party (CHP) in seven.

The ruling Justice and Development Party (AKP) did not win in any province.

According to the report, HDP won in all ballot boxes in Silivri prison, the largest prison in the whole of Europe. While it received 46% of the votes, AKP received a mere 2%.

Research carried out by Medya News shows that the HDP received 56% of the total vote in Edirne F type prison while AKP received none.

Selahattin Demirtaş, the former co-chair of the HDP, and Selçuk Mızraklı, the removed mayor of the Kurdish-majority city of Diyarbakır (Amed) are imprisoned in Edirne F type prison.

Figen Yüksekdağ, the former co-chair of HDP, Gültan Kışanak, the removed former mayor of Diyarbakır, and Aysel Tuğluk, former MP who is being denied release despite suffering severe dementia, are among Kurdish political prisoners incarcerated in Kandıra prison.