Police tried to prevent people from joining in the celebration of Abdullah Öcalan's 73rd birthday in the house where he was born in Urfa.

The 73rd birthday of Abdullah Öcalan, the imprisoned leader of the Kurdistan Workers’ Party (PKK), was celebrated in the village of Amara in Turkey’s Kurdish-majority province of Urfa (Riha) on Monday. Despite efforts by the police to stop people from attending the celebration held at the house where he was born, many people did so, reported Mezopotamya News Agency.

On the occasion of the birthday of the PKK leader Abdullah Öcalan on 4 April, saplings were planted in various Kurdish settlements, including the Makhmour refugee camp in Iraqi Kurdistan, where thousands reside whose villages were razed by Turkish forces during the 1990s. 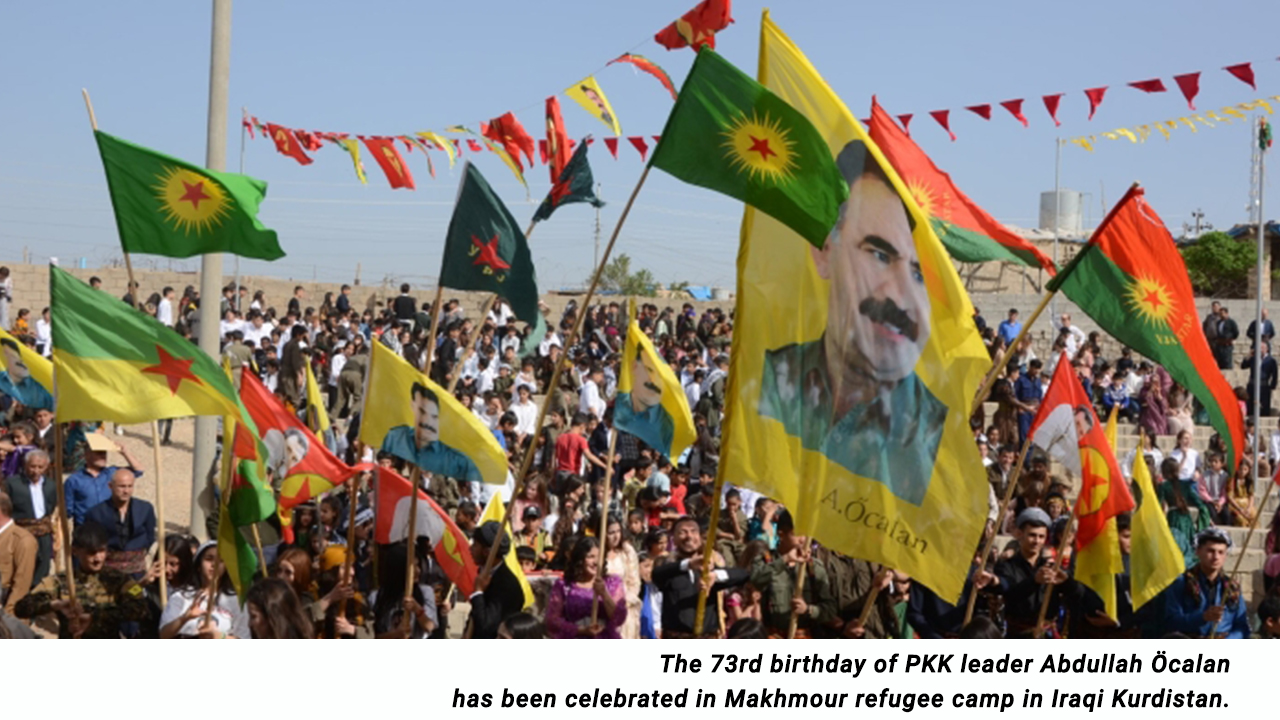 The roads to Amara were blocked by the military and the police, who tried to prevent groups of Kurds from travelling to the village for the celebration.

Mehmet Öcalan, the brother of Abdullah Öcalan and on 25 March last year the last person to have contacted him, and his nephew Ömer Öcalan, an MP in the pro-Kurdish opposition Peoples’ Democratic Party (HDP), were present at the celebration.

“The village is under blockade. They are refusing to allow our people to come to Amara. Many people wanted to come to Amara with us. People have been stopped unlawfully. There are barriers even at our door.”

“We want to emphasise it once again. The Kurdish question can be resolved only with the participation of Abdullah Öcalan. What we need is dialogue. Turkey will bring about an honorable peace if we can have dialogue.”

Many people set out on the road to travel to Amara, but their vehicles were stopped at checkpoints, and they were not allowed to pass.

People who could not reach Amara performed the traditional halay on the roads and highways in celebration of Öcalan’s birthday.

Only fifteen people were able to get through to the PKK leader’s family house, where addresses were made and Öcalan’s favourite songs were sung.

Abdullah Öcalan has been incarcerated for 23 years and subjected to severe solitary confinement in the İmralı Island prison in Turkey.