Perpetual War: The Sultan of Drones

In January this year, photographs of missile fragments provided material evidence that Ethiopia used a Turkish drone in an attack that killed 58 civilians sheltering in a school. The Military experts from the Dutch nongovernmental organization PAX and Amnesty International studying those photographs identified the weapon used as a MAM-L bomb that is fitted to a Turkish Bayraktar TB2 drone. Ethiopia’s war with the Tigray region has killed more than 300 civilians. 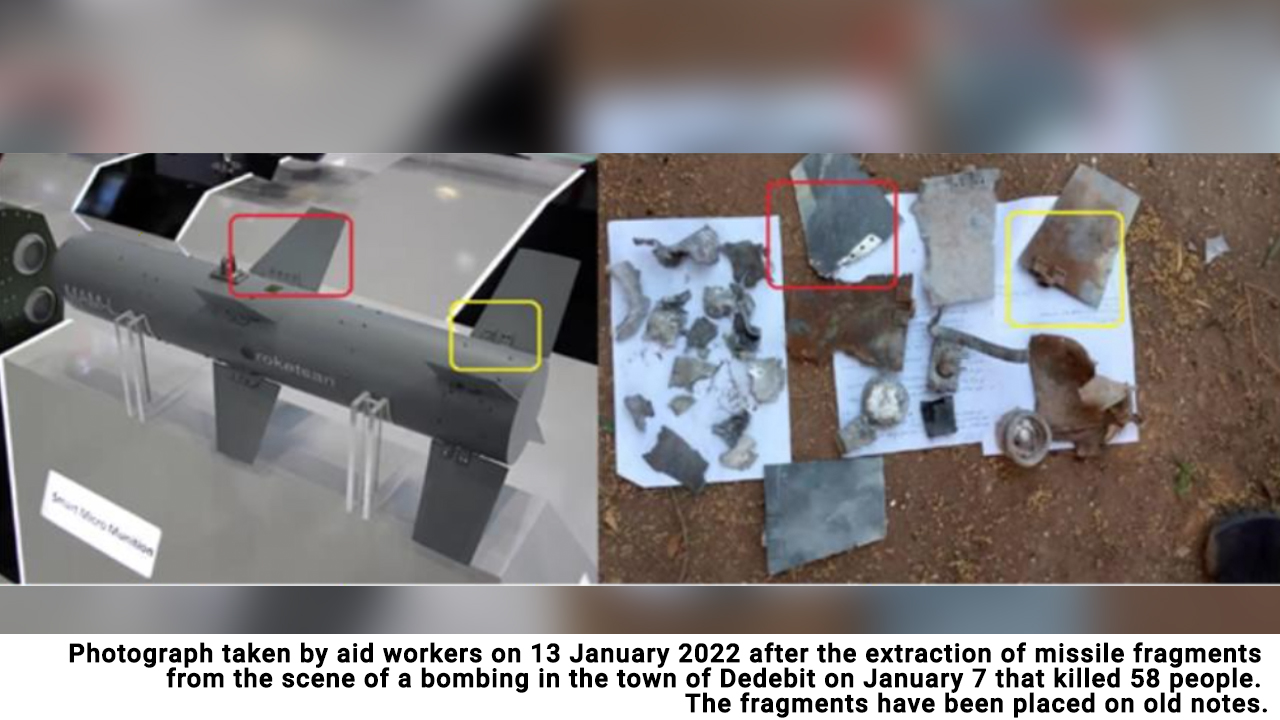 Security or the business of providing lethal means of killing has become a key component of Turkey’s engagement with the continent. Turkey opened its largest military base abroad in Somalia in 2017, and has trained thousands of Somali security forces in the fight against Al Shabab. Ankara’s military support to the Libyan government has been vital in repelling warlord Khalifa Haftar’s forces. An Istanbul-based political analyst Serhat Orakçı author of a 2018 book on Turkish-African relations states, “Many African governments which battle insurgencies or simply want to improve their military capabilities have looked up to Turkey’s growing local defence industry. That’s partly because of the fact that Turkish military products are cheaper compared to Western-produced, but fewer preconditions are attached”.

The Sultan of drones Turkish President Erdoğan who driven by hubris and blinded by arrogance uttered, “Everywhere I go in Africa, everyone asks about UAVs,” after a visit to Angola, Nigeria and Togo in October 2021. Together with his family the Sultan of drones are the sole beneficiary of Turkey’s exports of death and blood money in Africa. The display by the Djibouti Armed Forces of a Turkish Bayraktar TB2 combat drone at its Independence Day celebrations this year is a testament to the manner in which Erdoğan’s family has benefitted from Turkey’s Africa opening. Ankara relied on Israeli-made drones in the early 2000’s and now manufactures its own with Erdoğan’s son-in-law Selçuk Bayraktar the chief technology officer (chief executive is Selçuk’s brother Haluk) of defence contractor Baykar, which produces Turkey’s Bayraktar drones. Turkey has 43 embassies operating on the continent, up from just 12 in 2009. Turkey’s flag carrier flies to 60 destinations across Africa. And Turkey’s development agency, TIKA, has 30 co-ordination centres across the African continent.

Economically, Ankara’s trade volume with African countries by 2021 had reached $35-billion from $5.4-billion in 2003. Turkish investments have exceeded $6-billion as Turkish companies have undertaken around 1,700 projects worth about $78-billion on the continent, according to the Sultan of drone’s government. This growing trade with Africa is especially important given Turkey’s economic crisis at home, with inflation reaching 36% year-on-year. While according to Turkish Exporters Assembly figures, Turkish defence and aviation exports to Ethiopia rose to $94.6 million in less than a year in 2021, from around $235,000 in the same period of 2020. Recently Bayraktar TB2s were recently delivered to the West African state of Togo, and in May 2022, Niger acquired less than a dozen drones for its military operations south of the Sahara Desert, and around Lake Chad. Turkey has reportedly sold its infamous Bayraktar TB2 drones to Morocco, Tunisia and Ethiopia, and Nigeria.

Official data does not break down the details of military sales to individual countries, only giving the total sales amount for each month. Turkish defence and aviation exports to Ethiopia rose to $94.6-million between January and November 2021 from around $235,000 in the same period in 2020, according to the Turkish Exporters Assembly. Sales to Angola, Chad and Morocco experienced similar jumps.

Despite these impressive statistics, for the Sultan of drones and his beneficiaries context matters. When it comes to influence and importance on the African continent, Turkey is still a long way behind the US, China and European powers. Ultimately, however, this may work in its favour. In West Africa, for example, where relations with former colonial power France are coming under increasing scrutiny, Turkey’s anti-colonial and anti-Western rhetoric has received a particularly warm welcome – and its drones and infrastructure contracts do not hurt either. The US, Turkeys NATO partner has taken no action to stop its sales to any country and madness, when no less than 40 drone attacks in Rojava by May 2022 had taken place, with civilian casualties.

The lethal power and usage of armed drones in the George W. Bush and Barack Obama administrations for targeted killings in places like Iraq and Afghanistan where civilians were killed in the hundreds. Thereafter, International regulators have largely focused on policing sales of larger models, like the Predator and Reaper drones in terms of the ineffective Missile Technology Control Regime, which the Bayraktar TB2 as a smaller drone is not within the ambits of being regulated as the larger drones. Turkey is working on its new Akinci drone, which will be more sophisticated with greater stealth and surveillance capabilities than the Bayraktar TB2, including new countermeasures against emerging anti-drone technology.

This is no cause for celebration as it means more sophisticated means for killing civilians, and a possible arm race emerging. It definitely is easier and quicker to make a drone than a warship, and all the financial profit to be made by arms contractors as a motivating factor. As a consequence the international community and human rights activists struggling to mitigate the influence of the increasing availability of drones on conflicts and operations launched under the subterfuge of counterterrorism around the world, more so to developing States eager for a cheaper alternative to limited if not non-existent air forces.

Turkey a signatory of the to the U.N.’s arms trade treaty since 2013 which it has not ratified does not exonerate the delusional Sultan and his beneficiaries drones raining down on civilians, and causing havoc, but necessitates a moral and ethical position from all international and regional State actors and Institutions.

This moral and ethical position must ensure that the rhetoric and glamorising of drones changing the battlefield outcomes and empowering regimes delegitimises genuine concern for wanton and unbridled killing of civilians with no consequences for the manufacturer, seller and States that use drones for their personal interests, is stopped. Perpetual war for profits and maintaining power at all costs has become normalised, a fitting legacy to the delusional Sultan of drones.