The people of Diyarbakır (Amed) began their day early this morning to celebrate Newroz, marching to Newroz Park while chanting slogans, reports the Mesopotamia News Agency.

Newroz (21 March) is the day that marks the arrival of spring on the Kurdish calendar, and every year thousands of people celebrate with slogans, dances, and songs.

This year’s motto is “Let’s resist with the power granted by the fire of Newroz”.

Contrary to previous years, the people of Diyarbakır are travelling by their own means since the trustee governor of the Diyarbakır Municipality did not provide buses. 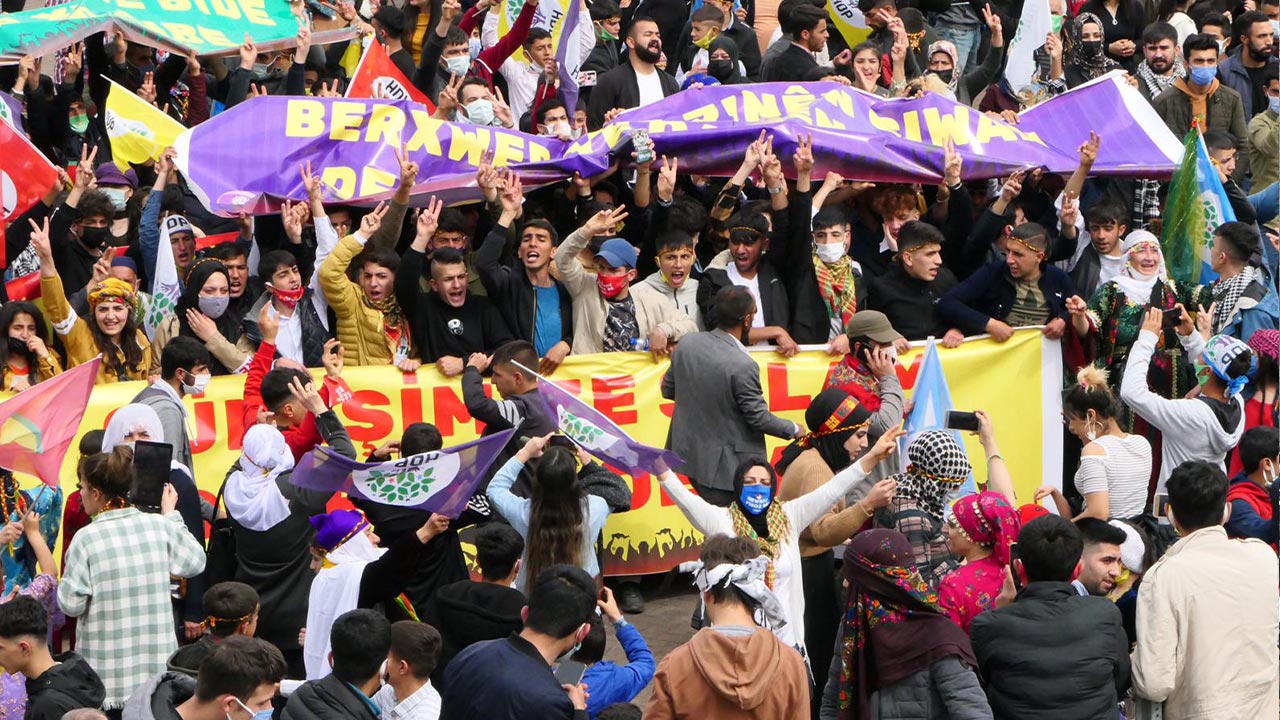 One of the distinguishing aspects of the Newroz celebrations is the clothes people wear. Kurds (both men and women) wear their national clothes on 21 March every year. This year, in addition, many are wearing masks with “Newrox Piroz Be” written on them.

People chanted “Bijî Serok Apo” (“Long live Apo”) and “Bijî berxwedana zindanan” (“Long live the resistance in prisons”) while they entered the meeting area. They also showed their support for the hunger strike in Turkey’s prisons that was launched against the isolation of Kurdistan Workers’ Party leader Abdullah Ocalan. 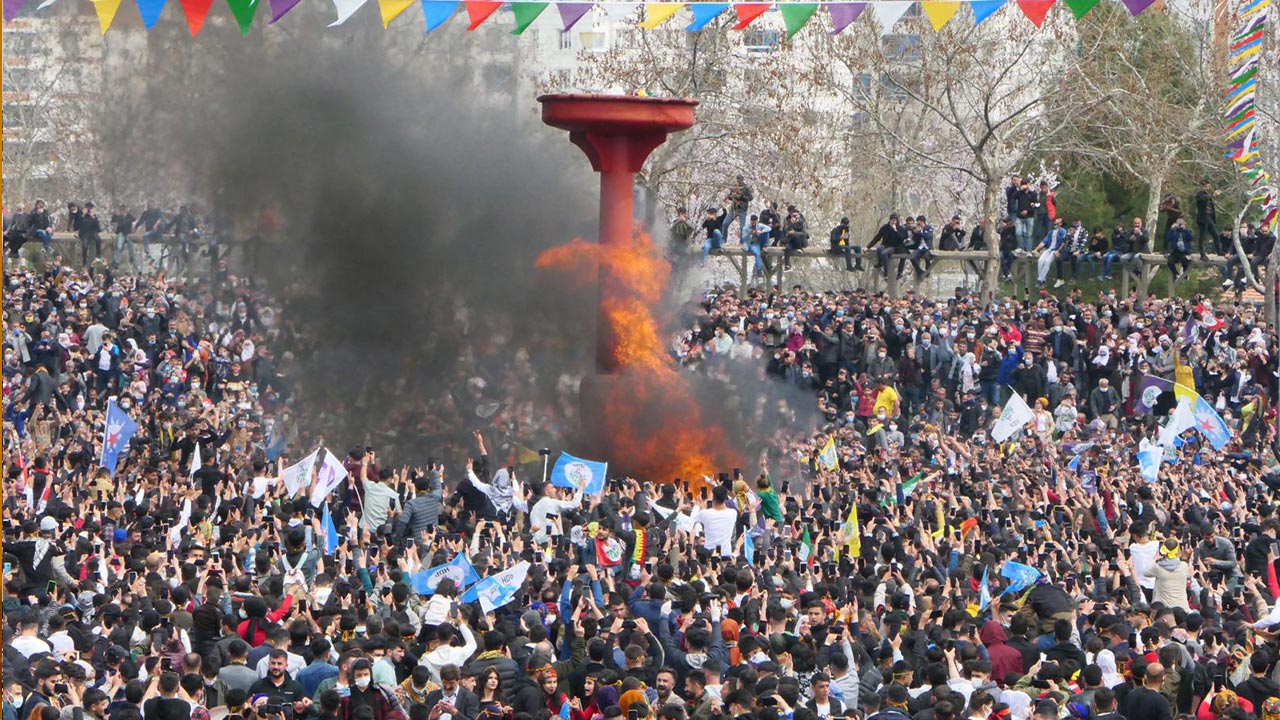 The marches in the meeting area are ongoing.