At least three people have been killed, and more wounded, when a gunman opened fire on the Kurdish Cultural Centre in Paris. This deadly attack in the heart of Europe is the latest assault on the Kurdish people. Not only do the Kurds face constant violence and repression in their homeland, but they cannot even feel safe on the streets of western Europe.

We all know that in both liberated and occupied regions of Kurdistan, millions of Kurds endure ethnic cleansing, systematic waves of air strikes, imprisonment, execution, torture, rape and exploitation at the hands of Turkey, Iran, and other brutal regimes. This attack reminds us that Western states are every bit as complicit in the war against the Kurds — not only by standing by while these govermments assault their Kurdish minorities, but also by actively facilitating Turkey’s global efforts to directly target prominent Kurds. 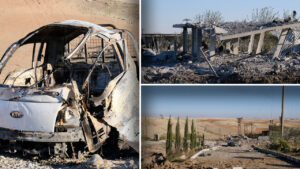 Turkey’s attacks on the Kurds are not limited to Kurdistan, but have reached Europe

Turkey has been allowed to cultivate a global culture which delegitimizes all Kurdish political activity and expression, tarring the entire people and movement with the label ‘terrorist’. As the Kurdistan National Congress (KNK) indicated in their recent statement, whatever the political affiliation or personal motivation of the attacker, Turkey has managed to foster a global culture of prejudice against the Kurds and their representatives. This inevitably manifests in attacks like those we saw in Paris this week. As the Brussels-based political platform said, Friday’s shooting was “clearly once again organised from Ankara … no matter who pulls the trigger.”

For this is far from the first attack to target the Kurdish diaspora in Europe. Almost ten years ago, three leading female Kurdish activists were gunned down in Paris by a man with links to the Turkish intelligence services, iconic heroine of the Kurdish struggle Sakine Cansiz among them. The present attack has brought back memories of that assault, provoking angry protests on the streets of Paris by Kurds who feel unprotected and exposed to political violence on the basis of their ethnicity. 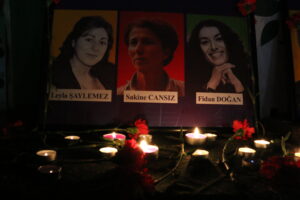 No-one should feel like this anywhere, let alone in a country like France which trumpets its so-called liberal and egalitarian values. Paris was attacked by ISIS in a horrific show of violence seven years ago: it is thanks to the Kurds that the threat posed by the terror group is so drastically diminished.

Nor are these issues limited. Kurdish political representatives face constant arrest, repression, intimidation and violence across Europe, including attacks by fascist street gangs. France itself recently banned the paramilitary ultranationalist group known as the ‘Grey Wolves’, following violence on the streets of France carried out by members of the organisation, which is closely tied to Turkey’s governing AKP party. 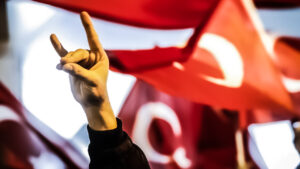 Sadly, the Kurds cannot count on the West to protect them, even in their own homes. We have repeatedly seen Kurdish politicians deported back to Turkey to face detention in Turkey’s notoriously brutal carceral system, even though everybody knows there is no such thing as a free or fair trial in the country. Turkey uses its status as a NATO power to secure the complicity and silence of Western states, who actively work with Turkey to suppress the Kurds’ call for democracy, freedom and fundamental rights. Of course, the fact that these countries also profit from trade agreements and in particular lucrative arms-trade deals with Turkey helps to ensure their acquiescence.

Like other Western powers, the authorities in France have Kurdish blood on their hands. They must put an end to anti-Kurdish violence in their own countries, stop propping up the murderous Erdogan regime, end arms sales to Turkey, and support the Kurdish movement in its struggle for genuine peace and democracy. No more Kurdish lives must be lost.