One of the industries in Turkey hit hard by the pandemic has been the auto repair industry.

Following the introduction of lockdowns in Turkey travel bans have been implemented. The auto industry workers in Turkey’s eastern province of Van (Wan) whose livelihood depends on auto repair have been very much effected by the decrease of travels as people have began to stay home more, the numbers of automobiles to be repaired have been reduced, which in turn has caused auto repair industry workers to lose a substantial amount of income.

photo-5-wreckedcars caption: Due to the travels bans and stay home measures businesses in the auto repair industry faces collapse.

“I had to dismiss all my workers and started working alone in my business after the pandemic. The economy was hit so hard that sometimes I only earn 100 Turkish Lira at the end of a day.”

What about the state support? “The state talks about how they have taken precautions for the businesses not to go bankrupt during the pandemic, but the business owners in the auto repair industry have never seen such support. I just hope that the lockdowns would be lifted as soon so that the automobiles and the travelers can hit the roads again, because our livelihood depends on travelling cars,” he said. 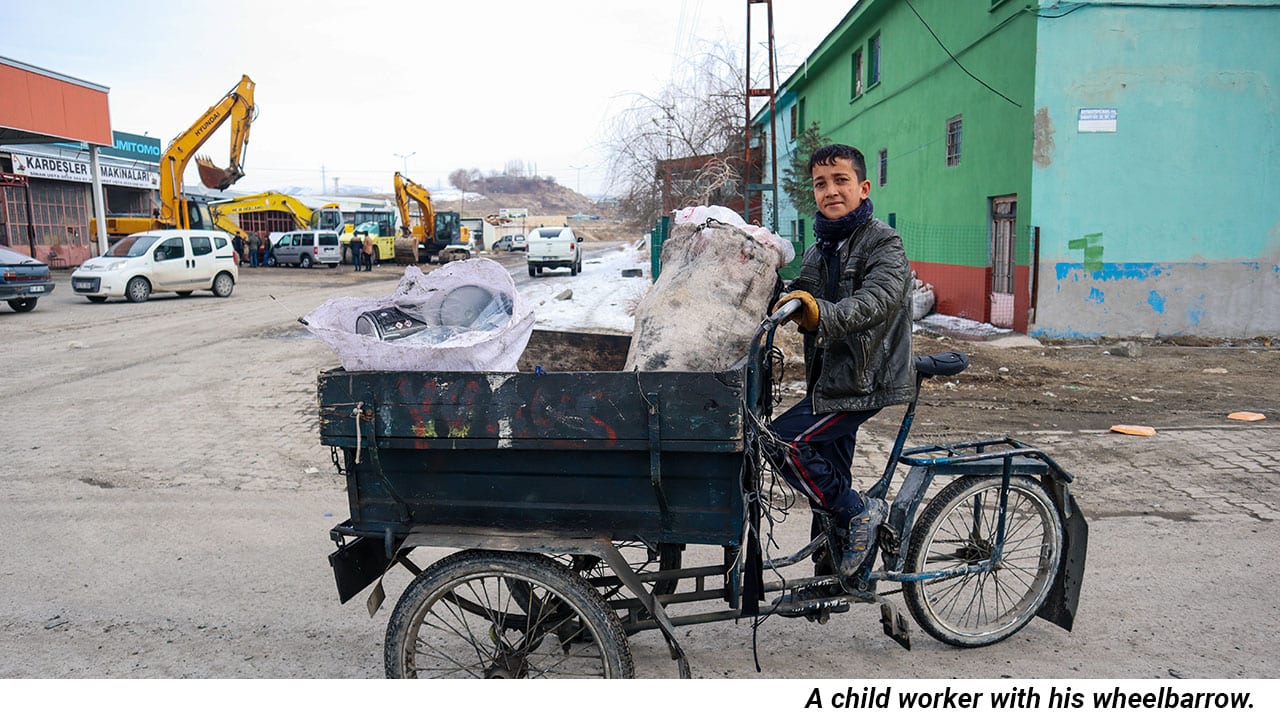 Auto repair industry workers in Van seem so young. As you walk along the repair shops, you notice the child-labourers. 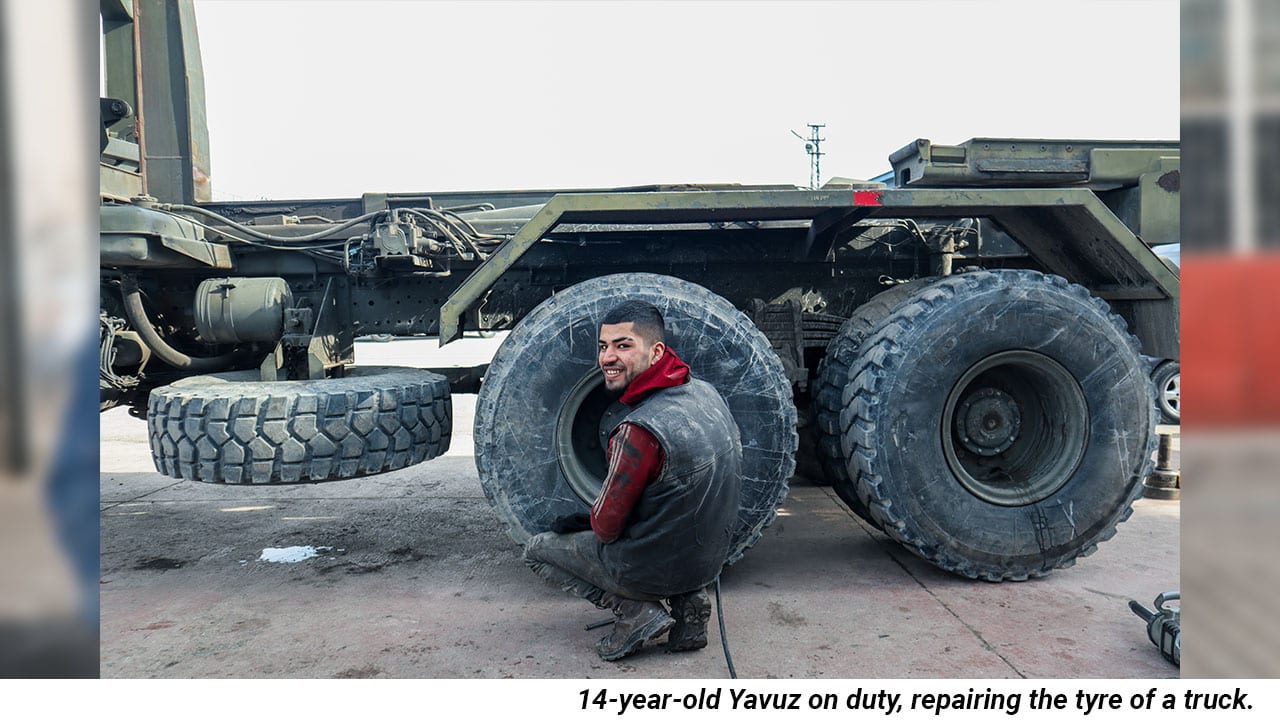 One of them is Yavuz, who is 14 years old. “I never really had enthusiasm to study, my big brother finished college, but he now works in a super market. So what good can studying bring me?” he said.

Since the pandemic hit his employer’s business, Yavuz is also worried that he may also lose his job. However, he is hopeful about his future as a young hard-working Kurdish boy as he is keen to learn the art of repairing cars and automobiles. “I am doing my best to learn from my boss. One day, I can open up my own business and I can be a master of my own business in the auto repair industry,” he said. 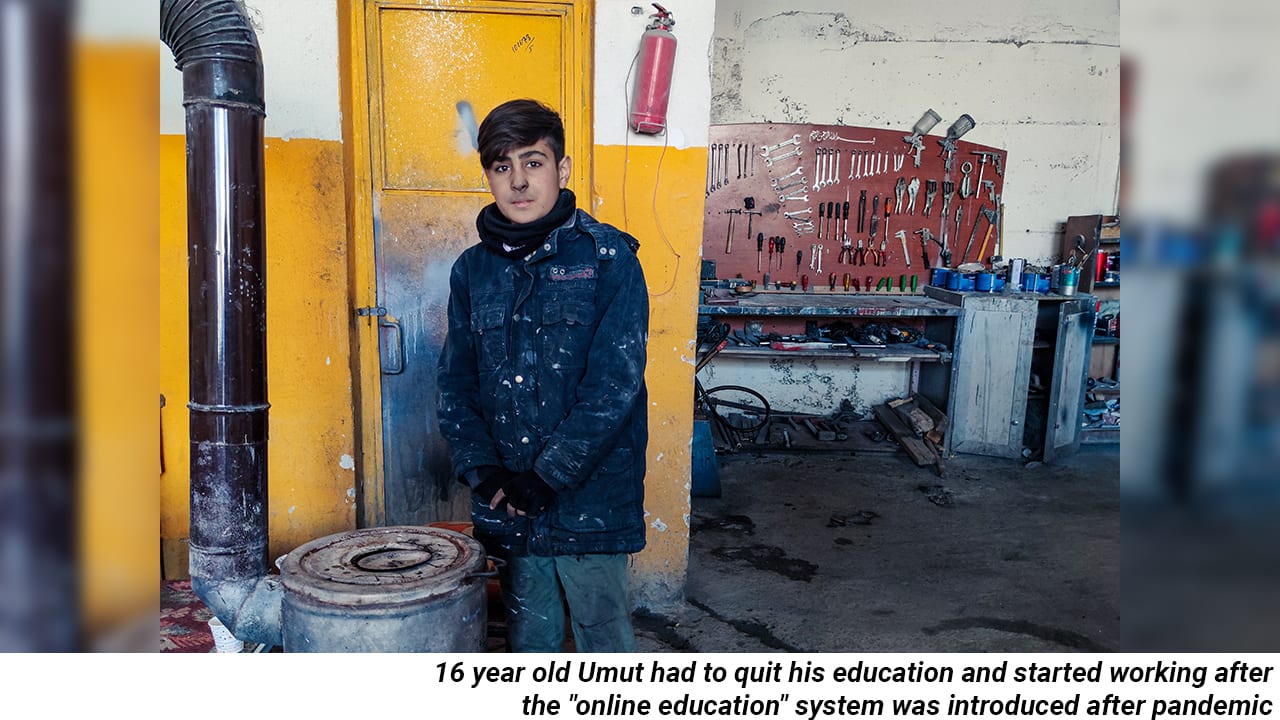 Another young boy is Umut, who is 16 years old. He had to quit his school after the “online-education” system was adopted in Turkey. Since he has no laptop or a stable internet connection at his home, he was unable to continue his education at home.

“ The classes have been held online for a year now. Neither me nor none of my school friends have been able to study at home. So I started working here to support my family and to learn a trade.” he said.

Halime Topuz and Fatma Aykal: ‘Our children’ on hunger strike ‘are fighting for their rights’

A woman, a shepherd, a healer: The life of Kadife Ayar in Hakkari

Hasip Kaplan comments on the debates relating to a new constitution

Solitary confinement with tuberculosis and no treatment