Özsoy: There are strong claims of Turkish Airlines involvement in people smuggling

HDP's Hişyar Özsoy states that there is a possibility of Turkish Airlines flights to the EU being restricted due to Turkey's role in smuggling migrants to Belarus.

As claims reach the public of a partnership between the Turkish AKP (Justice and Development Party) and Iraqi Kurdish KDP (Kurdistan Democratic Party) in the transfer of refugees to the Belarus border, it has been recorded that refugees are being transported in planes belonging to Turkish Airlines. Claims that the Belarus airline company Belavia, in collaboration with Turkish Airlines, has organised between four and seven flights, each flight carrying 180 migrants, from Istanbul to Minsk, have been denied by Turkish Airlines and Turkey’s Exterior Minister Mevlüt Çavuşoğlu.

However, it appears that the European Union’s warnings of sanctions against airlines taking part in people smuggling has been effective, since the Turkish Civil Aviation General Directorate has announced that flight tickets from Turkey to Belarus can no longer be sold to citizens of Iraq, Syria and Yemen..

Due to the problem of illegal border crossings between the European Union and Belarus, it has been decided that the citizens of Iraq, Syria and Yemen who want to travel to Belarus from Turkish airports will not be allowed to buy tickets and boarding until further notice.

On 12 November, the Kurdistan National Congress (KNK) sent a delegation from the Federal Kurdistan Region to the region where the refugees are trapped. In its statement, the KNK said that at least ten people had lost their lives from cold and hunger.

MA spoke with Hişyar Özsoy, co-Spokesperson for External Affairs for the HDP (Peoples’ Democratic Party) about the refugee crisis on the Belarusian-Polish border.

Özsoy said that Lukashenko was dumping refugees from the Middle East at the border with Poland in response to EU sanctions: “They send people brought from Iraq and Syria first to Minsk, then to the border. The people then try to get across to Europe. We have seen this use of refugees as a threat before, by Turkey. Lukashenko has created this heartbreaking situation as some kind of reply to European sanctions.”

The Militarisation of the borders

Özsoy said, “Everyone is criticising Lukashenko. They criticise him for collecting refugees from around the world and dumping them at Europe’s borders, but the issue is not one for simple criticism. EU member Poland has amassed 15,000 more soldiers at the border. They are trying to solve the problem by militarising the border, sending in the troops. This is not humane.” 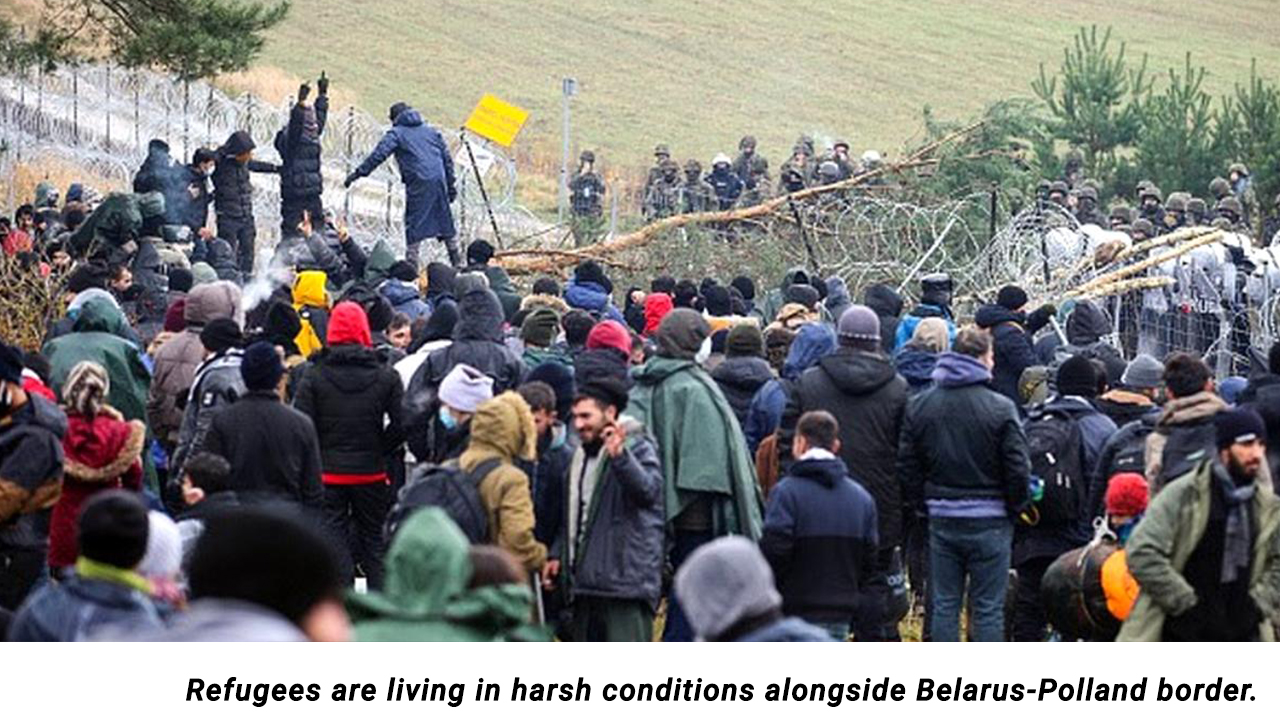 Özsoy stated that the EU must address the refugee crisis, and that the Left Group in the Parliamentary Assembly of the Council of Europe (PACE) is taking the initiative in this. He also said that the Assembly’s Committee on Migration was taking steps to visit the Polish border, adding, “Last time, we visited Greece during the crisis there. We visited to the Polish border urgently, and urged the authorities to fulfil their duties from there. We have presented it as an urgent agenda item to the Assembly’s Permanent Committee. We are trying to accelerate the processes and to encourage sensitivity. We are trying to mobilise our colleagues in the international field to urge the institutions into action.”

Özsoy added that the Polish-Belarusian border region had a harsh climate and that conditions there became still harsher as winter descended, saying, “We are racing against time. This issue needs to be immediately reassessed as a humane one rather than that of a political cause. On the one side there is Lukashenko and on the other the Europe politicians’ opposition to refugees. As a result there is little hope beyond EU officials intervening in the matter in some way. There are thousands of people trapped there. They are blockaded in by soldiers from both countries, a humane solution must be found to this forthwith.”

Özsoy said that the indications that Turkish Airlines had carried refugees to Belarus were very strong, noting that Turkey’s Exterior Minister Mevlüt Çavuşoğlu’s statements of denial notwithstanding, it had reached the press that there were intelligence reports in Europe and Germany to this effect. Özsoy stated that numerous flights had left for Minsk from Antalya and Istanbul in Turkey, adding, “The charges are so strong that there is a possibility of Turkish Airlines flights to the EU being restricted. If these charges are correct then Turkish airlines has been involved in people smuggling. There are claims that both Russia and Turkey have sent refugees to the border.”