Turkey’s suppression of journalists is worse than ever 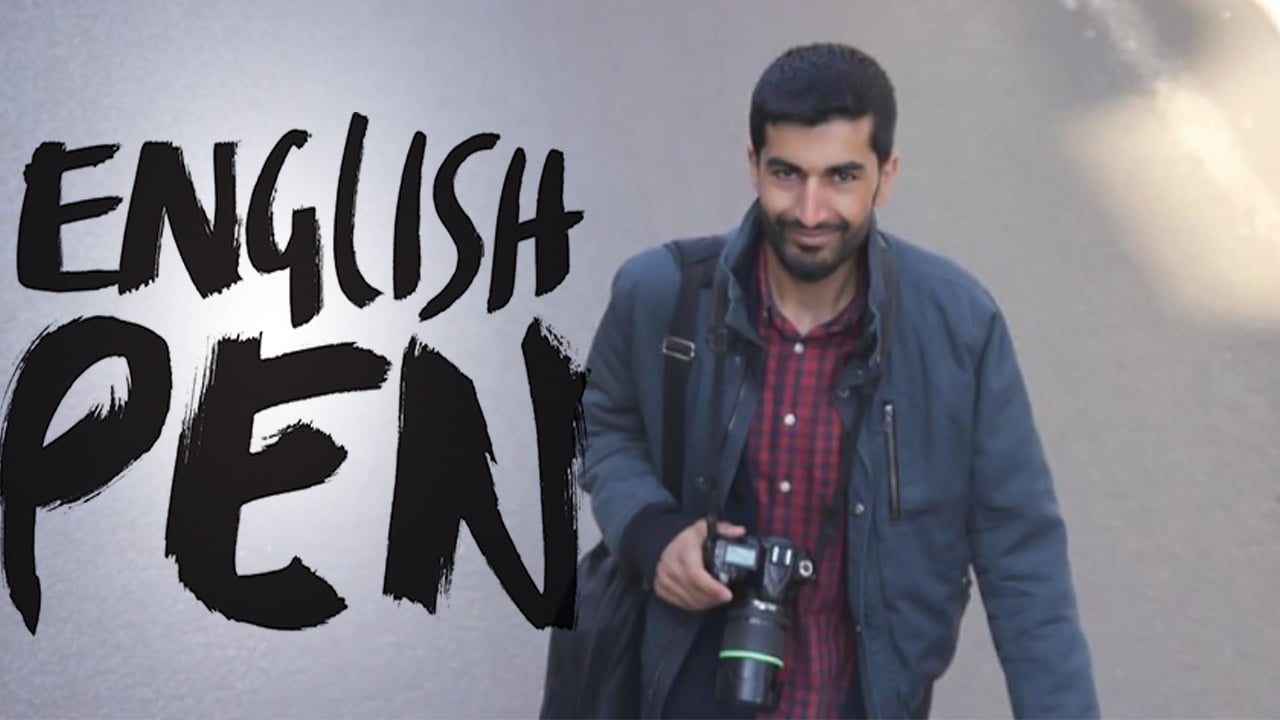 Freedom of expression in Turkey is under sustained and increasing attack, especially since the failed coup attempt in July 2016. Academics, journalists and writers who criticise the government risk criminal investigation, prosecution and censorship.

The 2011 increase in imprisoned journalists was the result of the Kurdistan Communities Union (KCK) operations and, secondarily, the government’s Ergenekon investigations.

The number increased sharply again after July 2016, as attention was focused on the Gülenist Movement (labelled the Fetullah Terrorist Organisation (FETÖ) by the Turkish government) following the attempted coup d’état.

The IPI report: Journalism as evidence for terrorism offences

According to the International Press Institute’s (IPI) latest report (March 2020), 61% of journalists faced terrorism-related charges. In 98 of the 169 cases (around 60%) defendants were charged with terrorism-related offences. A total of 89 journalists were convicted during this period. Sixty-nine of these (78%) were for terrorist-related crimes. The data shows that these prosecutions have relied primarily on evidence based on the journalism of the defendants: their publications, interviews, public statements or contacts with sources.

It is noted in the report that these charges ”are levelled by a state that no longer tolerates critical and competing political beliefs or interests, and that is intent on suppressing public debate”. The IPI added: “The act of journalism itself has become increasingly criminalised by the judiciary”.

The IPI report: The misuse of pre-trial detention

The report mainly emphasises the issue of pre-trial detention and how it violates human rights. The IPI stressed that there have been “egregious violations of fundamental rights”, including long-term imprisonment without trial.

The power of pre-trial detention in the hands of a radicalised judiciary remains a potent tool for withdrawing the freedom of critics for months before they get to court. According to the IPI report, Turkey’s Constitutional Court has made inconsistent rulings on pre-trial detention, freedom of expression cases and the detention of journalists, without sufficient justification according to international standards.

The ECHR has consistently condemned pre-trial detention in freedom of expression cases as a “real and effective constraint” that leads to self-censorship.

The following cases highlight the breadth and force of the Turkish state’s attack on free expression.

Six journalists were accused of revealing the identity of an MIT intelligence officer whose name had been public since March 2020. The journalists revealed how the officer was buried “without ceremony” shortly after being declared a martyr, which embarrassed the government.

Journalists at the Kemalist establishment newspaper, Cumhuriyet, were arrested following the July 2016 coup. Thirteen were sentenced to prison.

Columnists Barış Terkoğlu and Hülya Kılınç from OdaTV were arrested on 4 March, and their editor-in-chief, Barış Pehlivan, on 6 March. Ferhat Çelik and Aydın Keser from the Yeni Yaşam newspaper and Murat Ağırel from the Yeniçağ newspaper were arrested in the following days. They were eventually released, but the case now proceeds to an appeals court.

OdaTV and Ankara News Director Müyesser Yıldız, who has been under arrest since 12 June 2020, was detained on charges of “political and military espionage”. 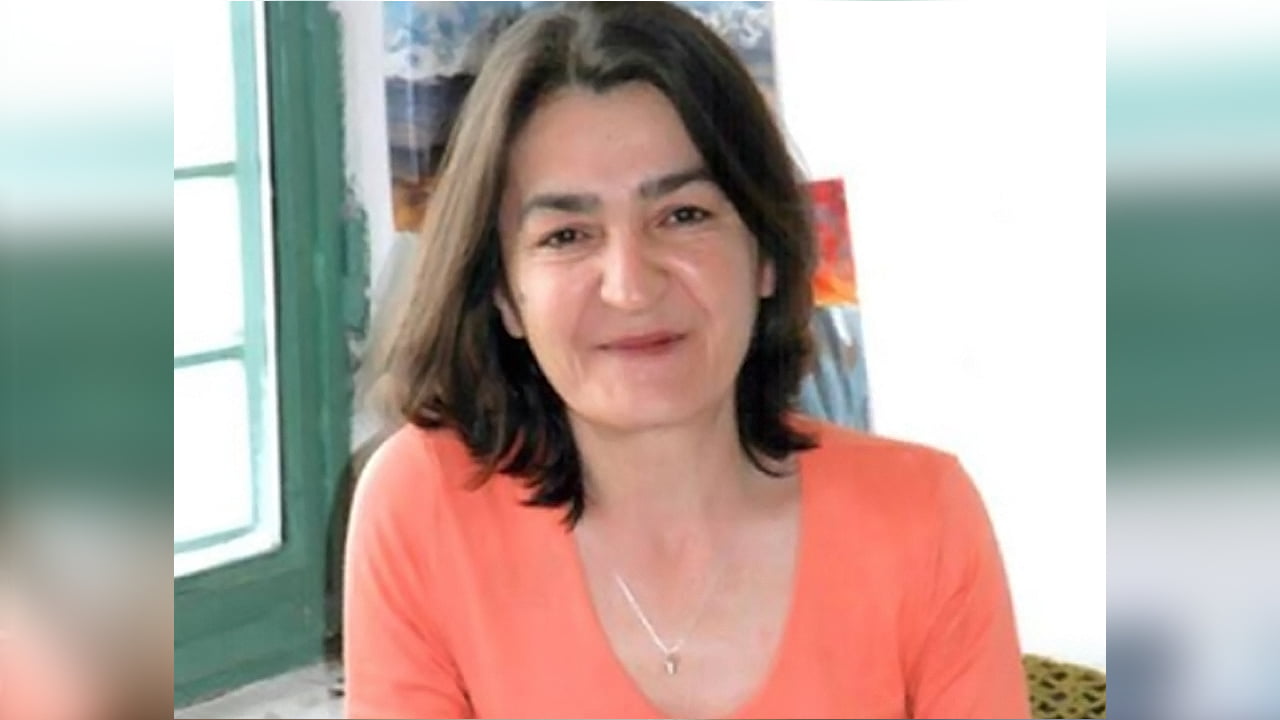 After July 2016, the government began to treat all forms of journalistic critiques as political opposition. Journalists who worked for media associated with the Gülen movement, such as the Zaman or Taraf newspapers, became automatic suspects. Ahmet and Mehmet Altan and Nazlı Ilıcak, who worked for the Taraf newspaper, were arrested in September 2016. Nazlı Ilıcak is currently under judicial control and conditional release. Kurdish media is still under the most intense pressure. Journalists who work for pro-Kurdish or Kurdish media outlets are frequently charged with “membership of a terrorist organisation”.

Forty-nine editors who had each volunteered to edit the pro-Kurdish newspaper Özgür Gündem in 2016 were charged with terror propaganda. Reyhan Çapan and Kemal Sancılı are still in jail. Dicle News Agency (DİHA) reporter and poet Nedim Türfent was arrested on terrorism charges in May 2016 and sentenced to eight years and nine months in prison. English PEN, a worldwide organisation protecting free expression, made Türfent, who is Kurdish, an Honorary Member. 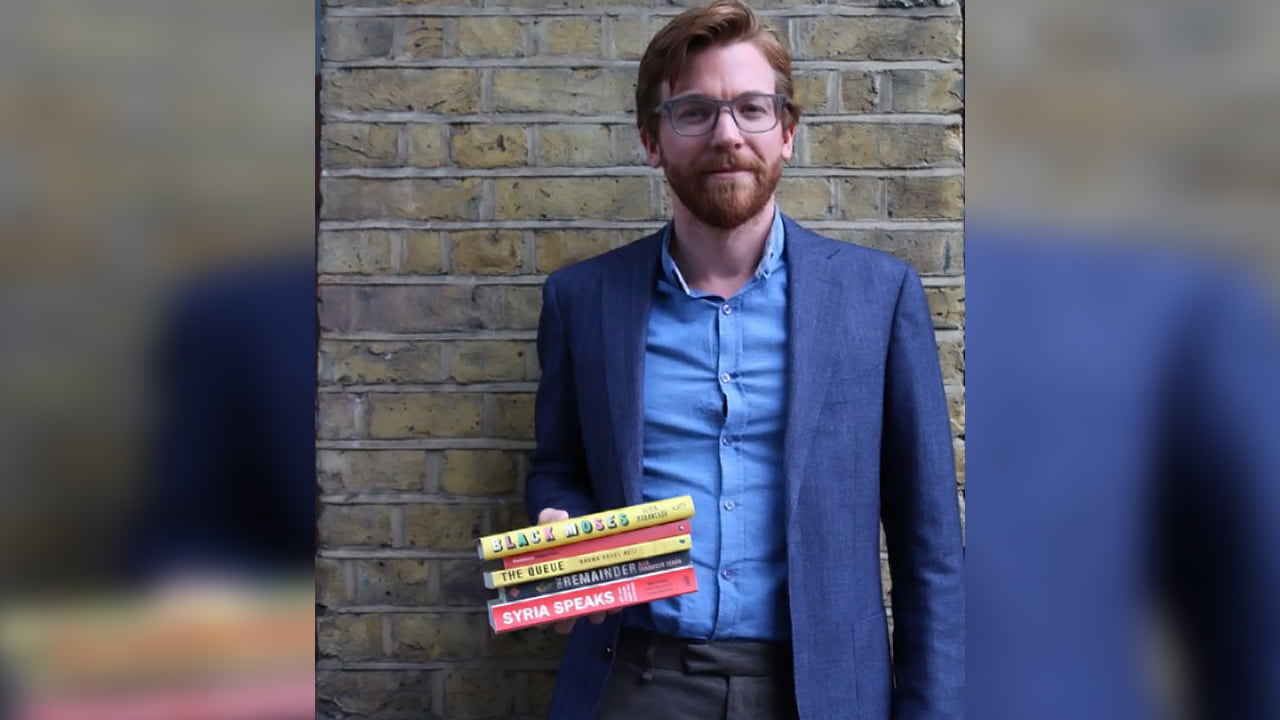 ”Many journalists, writers, and artists in Turkey continue to face immense challenges, not least those who remain in detention in violation of their right to freedom of expression.” Gorman said and continued: ”English PEN continues to call on the Turkish authorities to take immediate steps to fulfill their international human rights obligations by releasing all those arbitrarily detained — this is particularly urgent in the time of Covid-19”

DİHA reporter Ziya Ataman was sentenced to 14 years and three months in prison for “membership of PKK/KCK” in September 2019. The Mesopotamia News Agency’s (MA) İzmir correspondent Ruken Demir was arrested for “membership of PKK/KCK” on 26 November 2019, following a police raid on her home in İzmir. She remained in pre-trial detention until the first hearing on 5 March 2020. 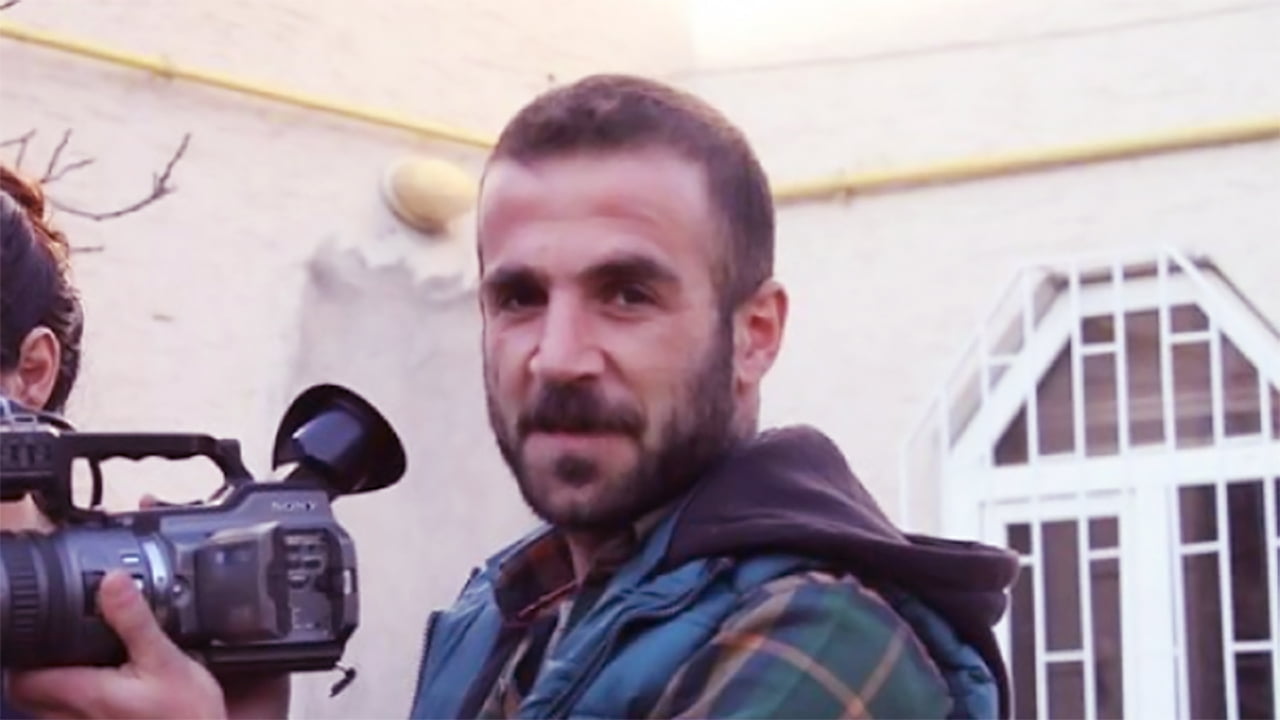 Ferhat Parlak, the owner of the Silvan Mücadele newspaper, was arrested on 14 April 2018 and charged with “being a member of a terrorist organisation”, based on anonymous witness statements.

Uğur Yılmaz, a local journalist from Bitlis, was sentenced to six years and ten months for “membership of PKK/KCK” in November 2019. Yılmaz has been detained since 17 July 2017. He formerly worked at the Bitlis Municipality’s Press Bureau and his reporting and social media posts were used as evidence against him.

Media and Legal Studies Association (MLSA) co-Director and lawyer Veysel Ok told MedyaNews: ”First of all, the state used to have very clear red lines. The Kurdish issue was one of them. For this reason, journalists who generally wrote about the Kurdish issue were the only targets of the state. But now the state has many red lines, such as Syria, Libya, and corruption”. 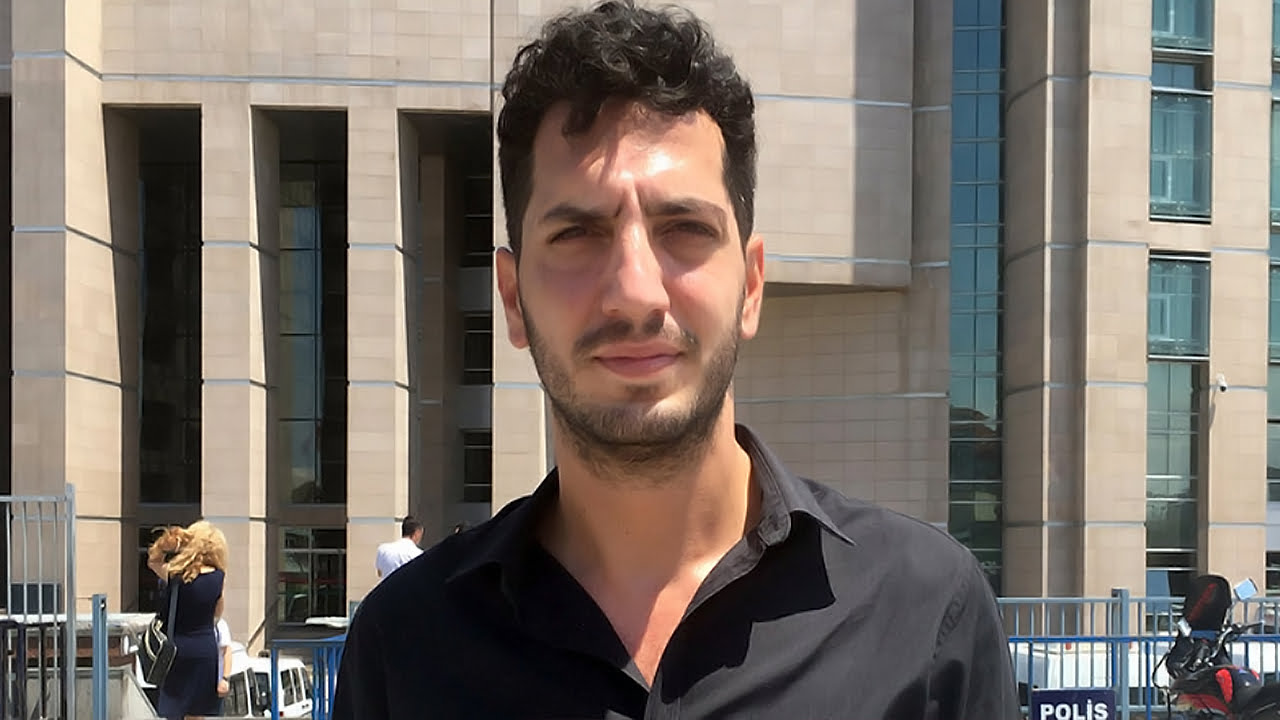 Veysel Ok also emphasised that Kurdish media was still under threat. “Although many journalists from different opposition groups are in prison, the majority of them are journalists from Kurdish media. So, while journalists outside of the state-related media are targeted, the Kurdish issue remains the primary red line”, he said. He also added that ”new red lines are constantly added to the state’s agenda. Therefore, journalists who are reporting on a wide range of subjects can be targeted”.

On 6 October this year police raided the MA’s office in Van and detained four journalists. MA reporters Adnan Bilen and Cemil Uğur, JinNews reporter Şehriban Abi and journalist Nazan Sala were detained. Cemil Uğur, one of the detained journalists, had revealed the hospital reports of Servet Turgut and Osman Şiban, who were subjected to torture and, according to the reports, “thrown from a helicopter”. 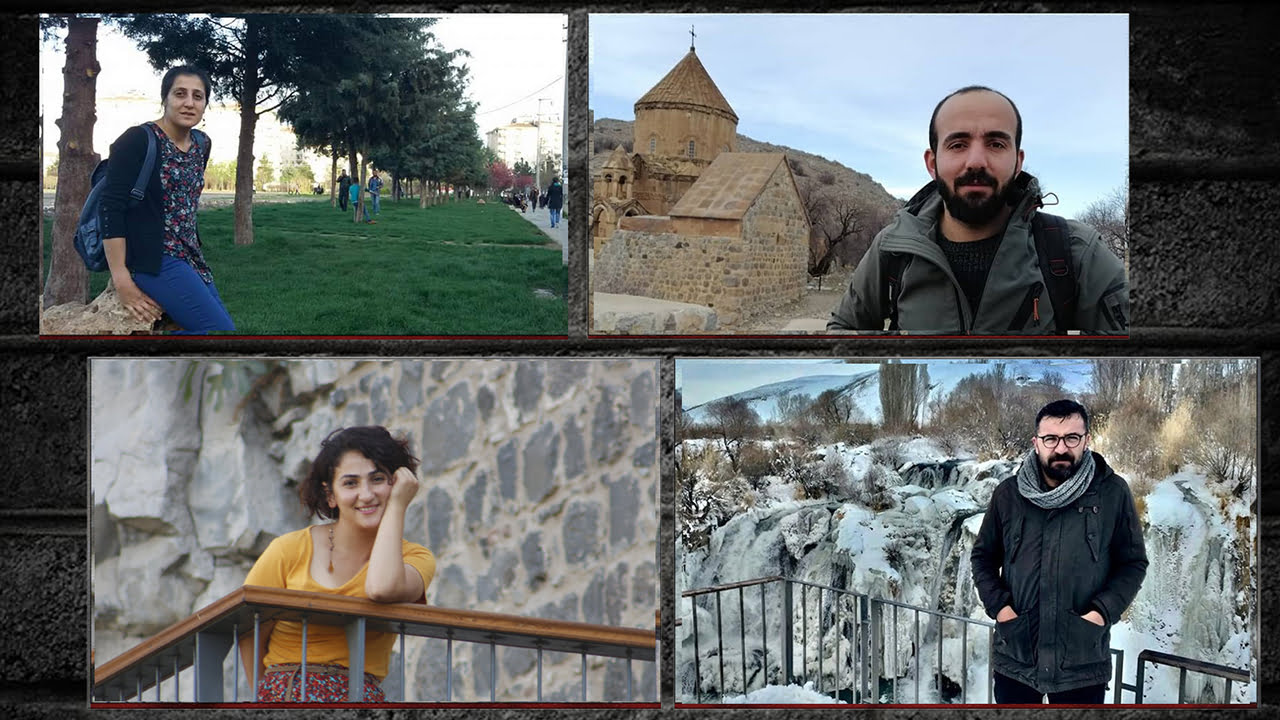 Journalists are at the core of the AKP’s strategy to suppress the news media. The high number of cases detailed above proves that the Turkish state’s notoriety when it comes to media freedom is fully deserved.

Turkey’s suppression of journalists is worse than ever