Intellectuals and officials in North and East Syria have praised the newly established multicultural education system in the region, which offers education in the Kurdish, Armenian and Assyrian languages.

Salih Heydo, a poet and researcher of Kurdish culture, commented on the current state of the Kurdish language, according to a report by Hawar News. Heydo said Kurds regenerated their language with the beginning of the revolution in Syria on 19 July 2012. After the autonomy was announced in three cantons on 21 January 2014, the mother languages of North and East Syrian citizens were taught officially in schools. 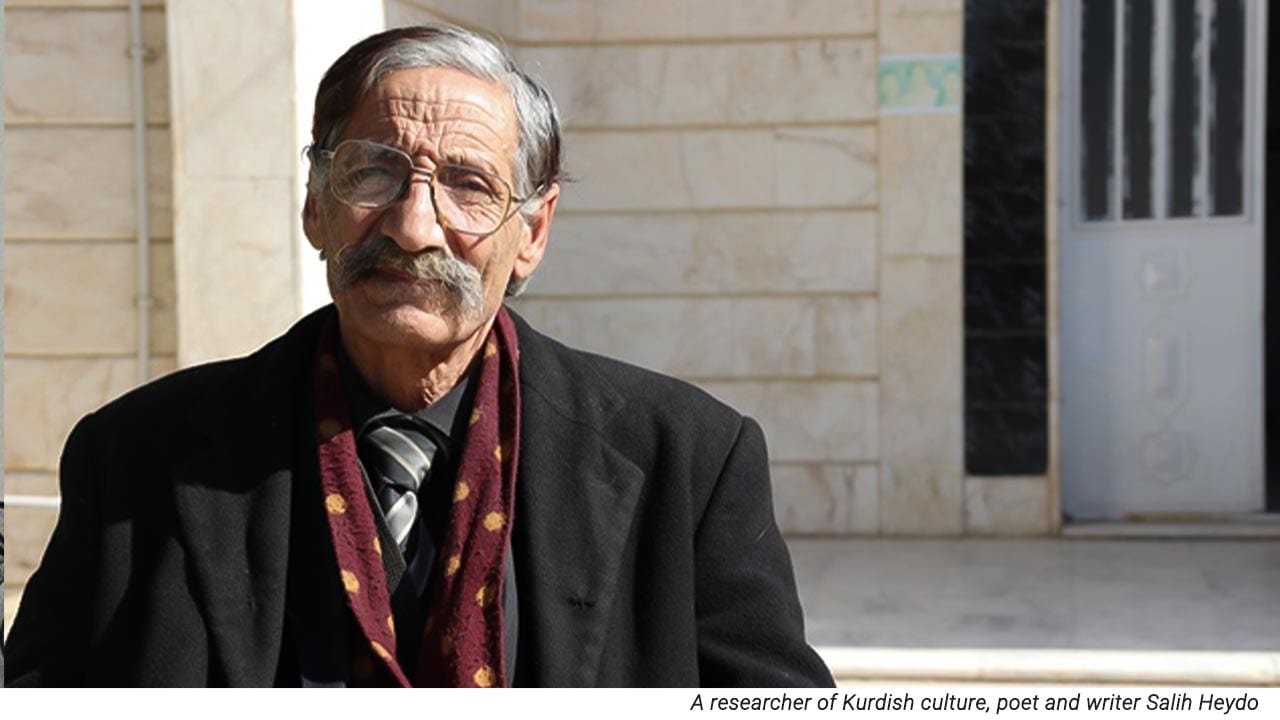 People from different nationalities, including Armenians, Assyrians, Cherkes, Arabs, Kurds and Turkmens, had the opportunity to access education in their mother languages as well as the opportunity to form a common and democratic life, said Heydo.

In 2002 UNESCO (United Nations Education, Science and Culture Organisation) declared 21 February as International Mother Language Day. The Kurdish language has developed much more in North and East Syria than in other regions. Noting that the Kurdish language has achieved significant progress, Heydo said, “Thousands of schools, colleges, universities, media outlets and research institutes, which ensure education in the mother language, have been established”. Heydo pointed out that there were only a few hundred books in the Kurdish language before the revolution, but now thousands of books in Kurdish have been written, relating to history, geography, language, culture and literature.

According to the education materials prepared in Kurdish, Arabic and Assyrian by organisations in North and East Syria, over 900,000 students are receiving education in elementary, secondary and high school.

Education in the Assyrian language 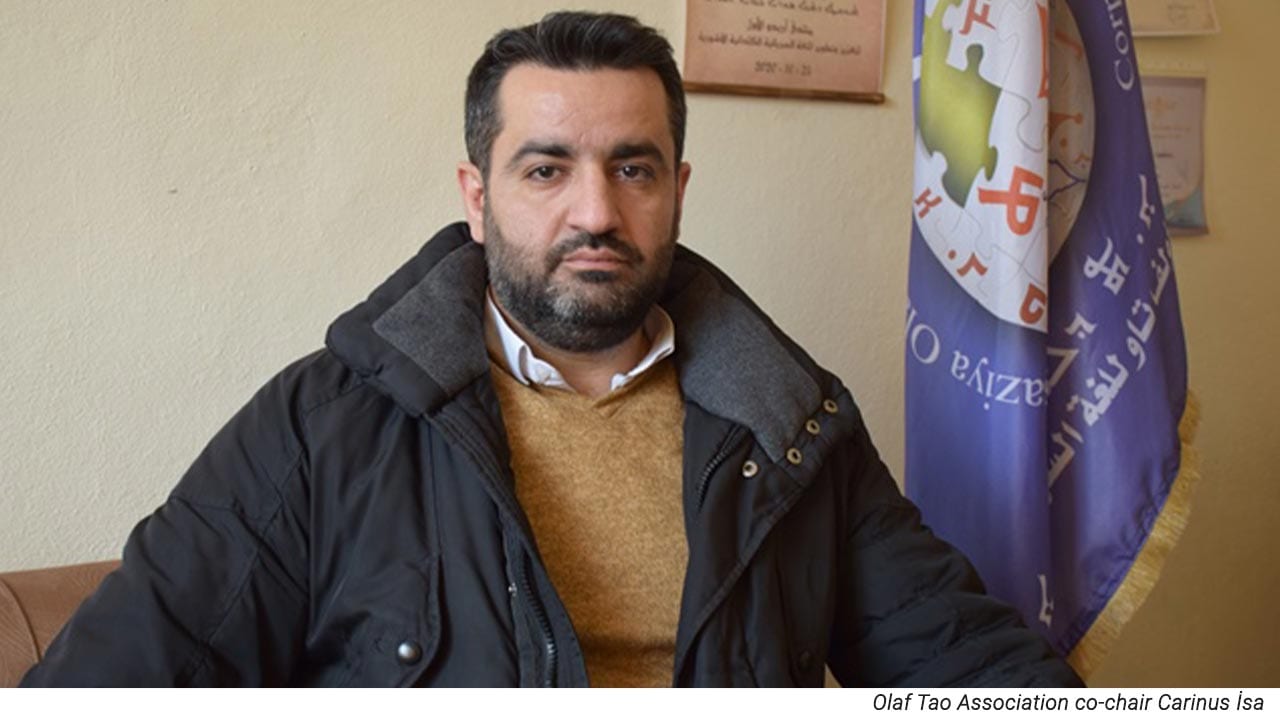 Assyrian is another official language used in North and East Syria’s education system. Olaf Tao Association co-chair Carinus İsa said, “According to the education law, every child has the right to receive education in accordance with his or her mother language, social structure, morality and culture until third grade. It is the first time that education materials are being prepared in the Assyrian language. They have their own education materials, but the Syrian regime prevents it. The regime accepts Arabic as the only official language and imposes an education via those materials which have nothing to do with people. We, the Assyrian people, demand to raise our children in accordance with our history, morality and culture. The church is also scared of the seizure of their school licence. That is to say, in fact, they are scared of the Syrian regime”.

Education in the Armenian language 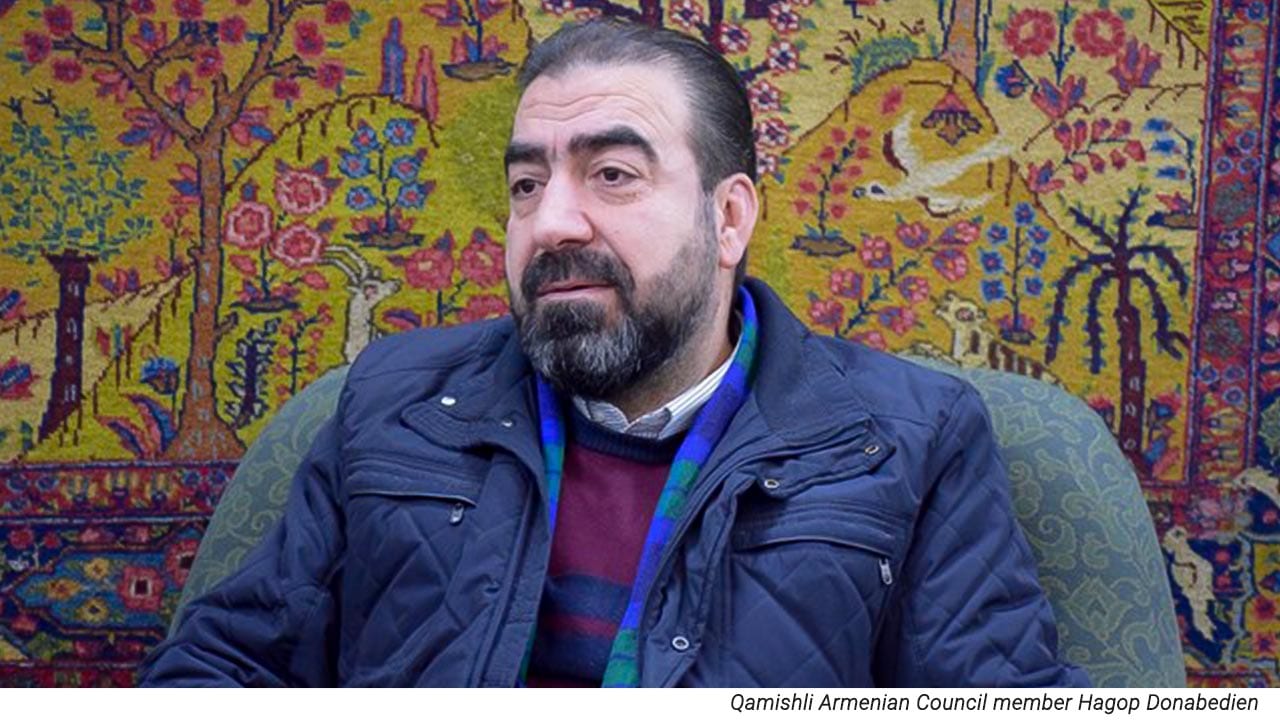 Armenians also maintain education in their own language in North and East Syria. The education in Armenian schools is carried out through three stages: nursery school, formal training and university. Only Armenian children are approved for education in these schools.

Qamishli Armenian Council member Hagop Donabedien said there has been no intervention to their education until now and added, “We have faced no restrictions when we implement the education programme sent from Armenia. As Armenians, we continue to freely provide education in North and East Syria”.

Preparation of the education system 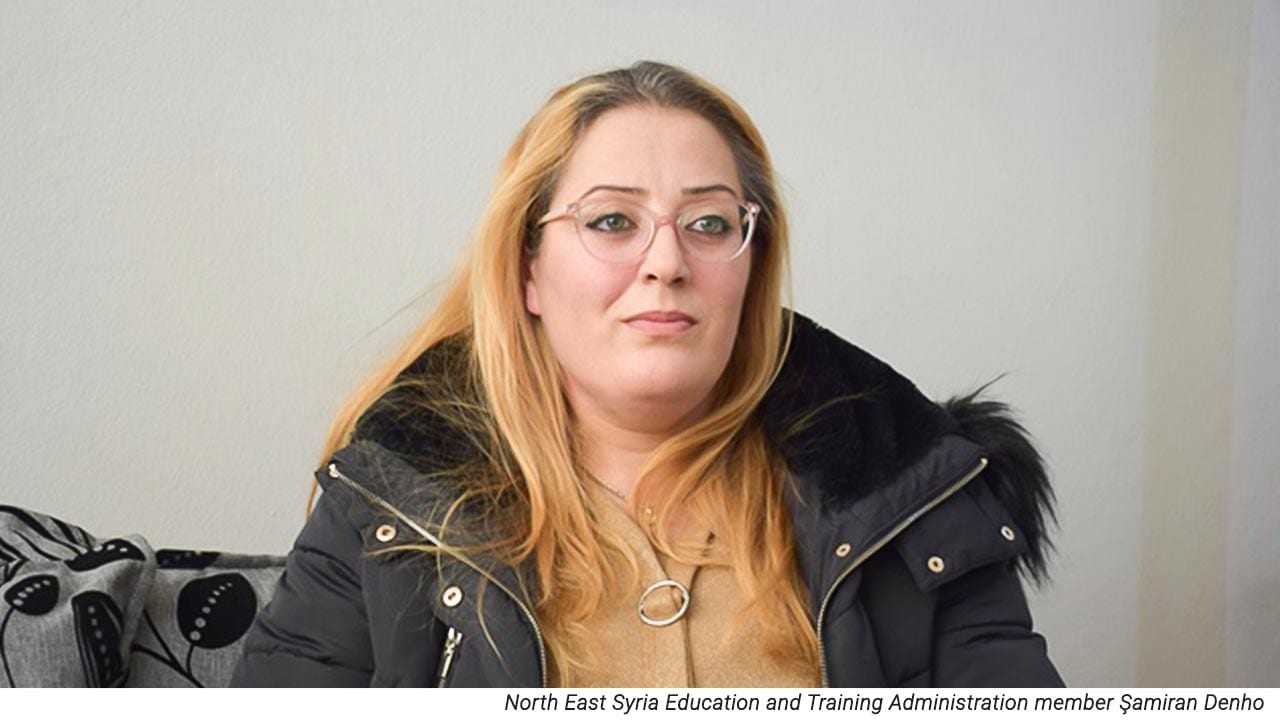 Şamiran Denho, North and East Syria Education and Training Administration member, commented on the education system in North and East Syria. “Our primary focus was establishing the committee for preparing the education materials. We focused on language education, the first stage, between 2013 and 2014. The preparation stages were completed for the elementary school process between 2015 and 2016. The preparations for secondary school were completed between 2017 and 2018. After gaining experience, the preparations for high school were completed. The lecture materials for the Kurdish, Arabic, and Assyrian languages, Society and Life, Maths, Sport, History, Literature, Geography, Philosophy, Democratical Nation, Physics, Chemistry and Biology were prepared. Those materials include topics relating to the culture and traditions of people living in North East Syria”.