The war in Ukraine makes images of the IS’s terrorist dictatorship in Syria and Iraq fade from our memory. Incidentally, I prefer the use of the abbreviation “IS” to the written-out version “Islamic State”, since Islam as a religion is no more terrorist than Christianity, Judaism, the Yezidi religion and other religions. From mid-2014 to 2017 (Iraq) and 2019 (Syria), IS overran the two countries with its regime of terror. The IS terror reached a sad peak in August 2014, when the IS attacked the Sinjar region, the central settlement area of the Yazidis.

During the occupation of the region, IS members murdered about 12,000 people, including around 6,000 Yazidis. Many residents saved themselves from the IS by fleeing to the higher regions of the Sinjar Mountains. There, however, they were trapped without water and food and without medical care. With the support of Kurdish YPJ/YPG fighters, they were able to escape the IS’s grasp. Some 185,000 of those who fled at that time are still living in refugee camps even today. About 100,000 have returned to the Sinjar region. Some 2,760 people – mostly women and children – are still missing or being held as slaves. Many women and girls have been kidnapped and sexually abused by IS members.

About 1,100 Yezidis have come to Germany as part of a special project to support particularly vulnerable women and children. They are receiving professionally qualified support to deal with their traumas. The state of Baden-Württemberg (Germany) in particular has been involved in this project and has taken in around 1,000 Yezidis. In total, about 75,000 Yezidis have come to Germany since 2015. 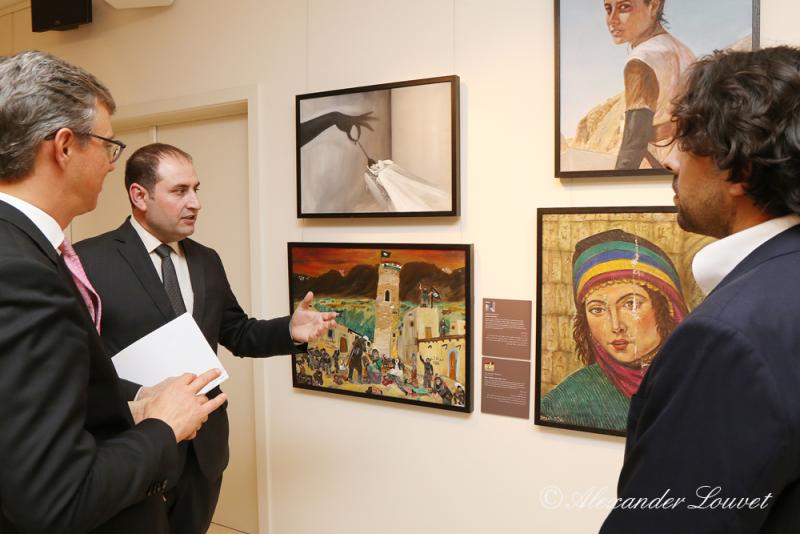 From 2018 to 2021, United Nations Assistant Secretary-General Karim A. A. Khan KC served as Special Adviser and Head of the United Nations Investigative Team to Promote Accountability for Crimes Committed by Da’esh/ISIL in Iraq (UNITAD). UNITAD was established under Security Council Resolution 2379 (2017) to promote accountability efforts for genocide, crimes against humanity and war crimes committed by Da’esh/ISIL.

In May 2021, Karim confirmed in front of the UN Security Council that there was sufficient evidence to consider it a genocide and to prosecute IS for the war crimes it committed.

According to Article II of the Convention on the Prevention and Punishment of the Crime of Genocide of 9 December 1948 genocide is defined as follows:

In the present Convention, genocide means any of the following acts committed with intent to destroy, in whole or in part, a national, ethnical, racial or religious group, as such:

(a) Killing members of the group;

(b) Causing serious bodily or mental harm to members of the group;

(c) Deliberately inflicting on the group conditions of life calculated to bring about its physical destruction in whole or in part;

(d) Imposing measures intended to prevent births within the group;

(e) Forcibly transferring children of the group to another group.

Although sufficient evidence of genocide has been presented by relevant institutions, only two persons have been brought to justice, according to the exhibition. So while the perpetrators can live largely unmolested, the survivors of the genocide are still suffering from the trauma they experienced or are still being held captive in unknown places. Meanwhile, the memory of this crime has long been overshadowed in public discussion by current wars and crises.

To counteract this forgetting, Ryan D’Souza has developed an exhibition with a team of eleven artists and scholars. The other members of his team introduce themselves on the project’s website.

As D’Souza said in an interview, he was shocked that after all these years of investigations and evidence gathering, there is still no systematic prosecution of the criminals.

Nobody’s listening – that is the title of the exhibition. In order to break the silence and the lack of listening, the exhibition recalls the terrible events of 2014. 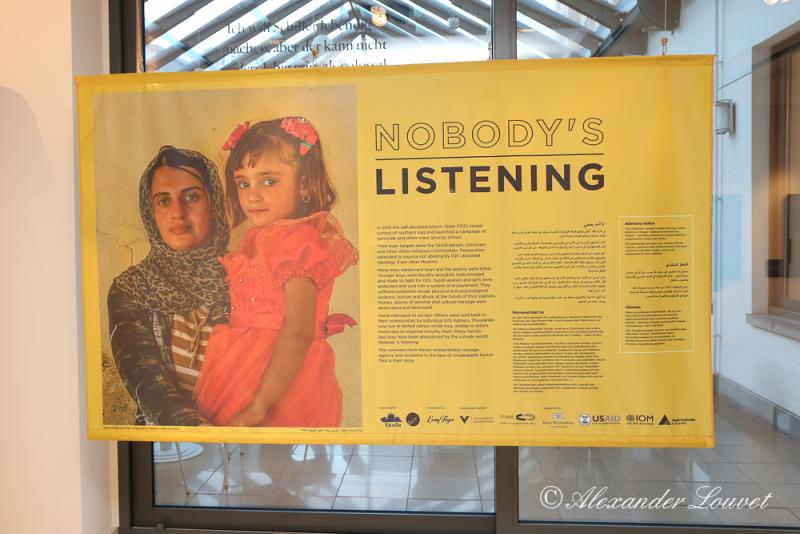 The real exhibition – there is also a virtual version of the exhibition – consists of four elements: Text panels, written in English and Arabic, tell the story of the genocide. A German translation, says D’Souza, is to follow.

Words can only tell part of what happened. Therefore, the text panels are complemented by a photo show. Photographs show the barren mountain landscape where many Yazidis have been fleeing from the IS. And they show the people on the run.

Texts and photos reflect the facts, the external things, but not the interior experience. This is reflected in a collection of paintings. According to D’Souza, they were created by Yazidi artists as well as by artists who do not belong to the group of victims.

The Yazidi culture has a ritual of hanging coloured ribbons on certain trees, which are linked to wishes and hopes. Following this ritual, the exhibition also includes a small symbolic tree made of wood. Visitors of the exhibition have been invited to write down their impressions about the exhibition on paper cards with a few words and to hang them on the branches of the tree with coloured ribbons. Many visitors followed this invitation. 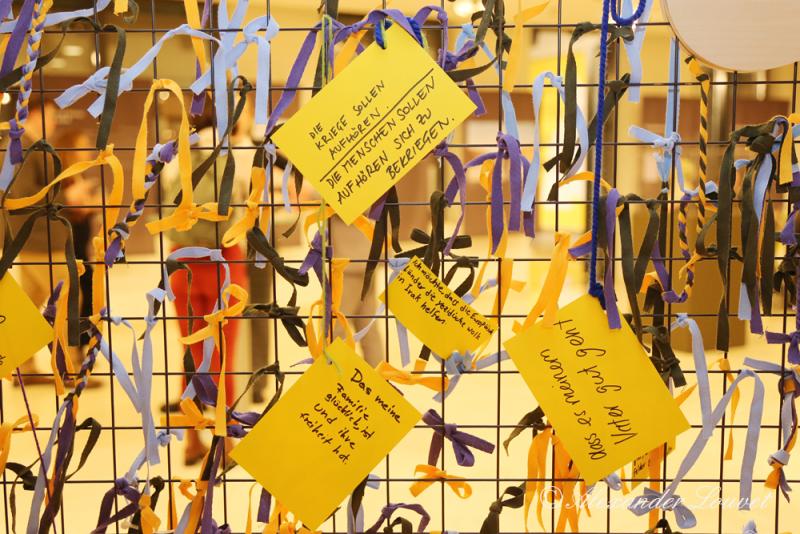 The exhibition Nobody’s listening is a touring exhibition. It began its journey in the museum “ZKM | Zentrum für Kunst und Medien” in Karlsruhe (Germany). It was shown in Karlsruhe from 2 October 2021 to 23 January 2022. From 6 to 28 October 2022, the Representation of the State of Baden-Württemberg to the EU showed the exhibition in its rooms in Brussels. It is remarkable and deserves recognition that the government of Baden-Württemberg has taken a clear position on this genocide by showing this exhibition and is contributing to ensuring that the suffering of the victims is heard and that the crimes of IS are not forgotten to go unpunished. From Brussels, the exhibition will move on to the USA. There, D’Souza said, it will also be shown in schools to make this crime better known.

* Jürgen Klute became a member of the European Parliament (DIE LINKE/The Left) and spokesman for the Kurdish Friendship Group in the EP from 2009 to 2014. Since December 2016, he has been editing the Europa.blog.