Newroz event at the UK parliament returns after Covid lockdowns.

The annual cross party Kurdish Newroz event organised by the Centre for Kurdish Progress and the Kurdish Assembly UK returns to the UK parliament after 2 years of Covid 19 lockdowns.

The first Kurdish woman and Alevi in the UK parliament, Feryal Clark MP was a key note speaker and co host of a special Newroz 2022 event organised at the UK parliament last night together with Conservative MP Alicia Kearns who also spoke. Feryal Clark MP spoke of the importance of the values embodied in the Newroz tradition and of the issues facing the Kurds in the UK and the Middle East. 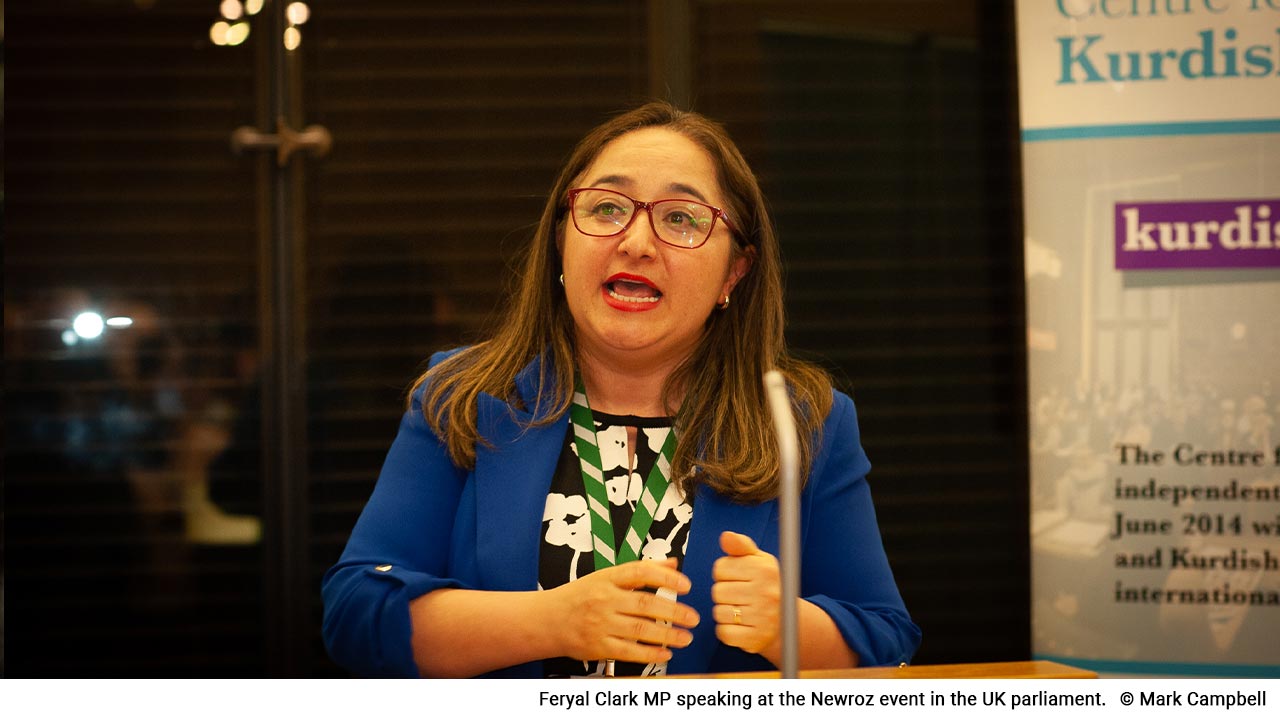 UK Government minister and secretary of state for education, Nadhim Zahari MP was another keynote speaker of Kurdish origin, he also spoke of the importance of Newroz and encouraged more Kurds to get involved in politics from whatever political opinion. 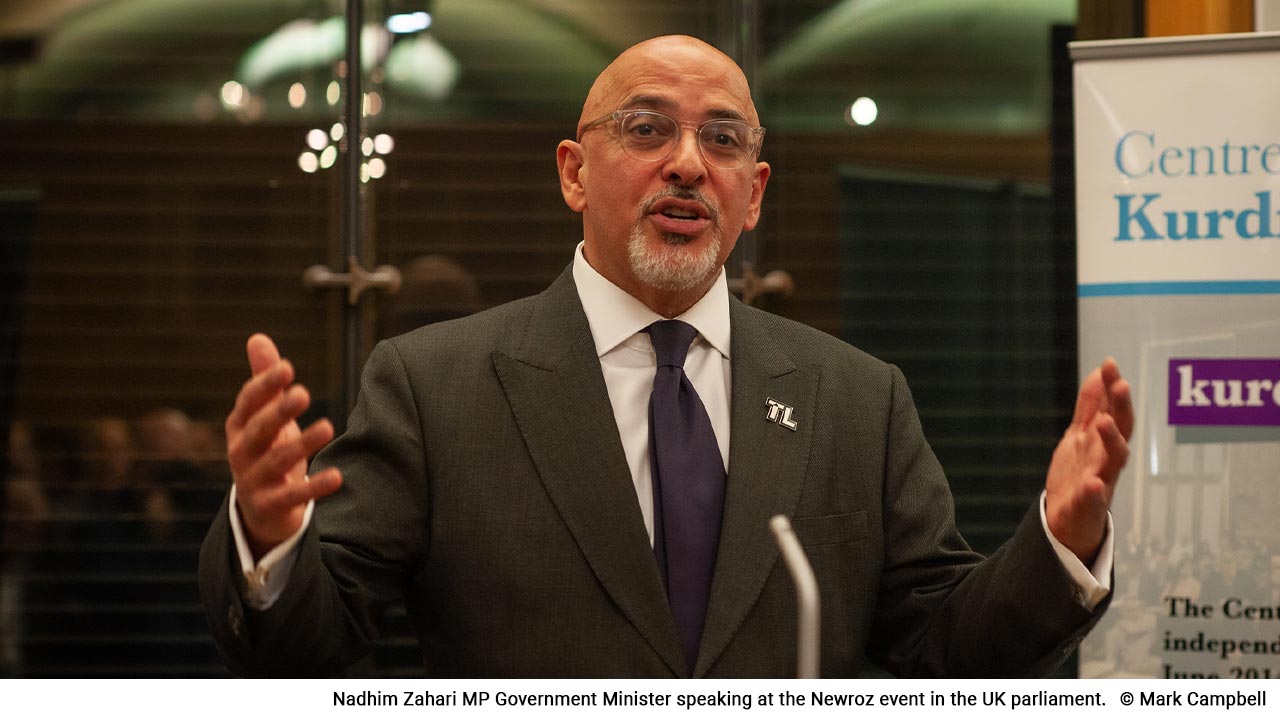 Hundreds of Kurdish people and friends gathered for the first Newroz event held after 2 years of Covid lockdown that has previously been organised annually in the UK parliament for the past 10 years by the Centre for Kurdish Progress, a independent organisation that provides a platform to discuss issues affecting the British-Kurdish community in the United Kingdom founded by Ibrahim Dogus, a British-Kurdish politician. 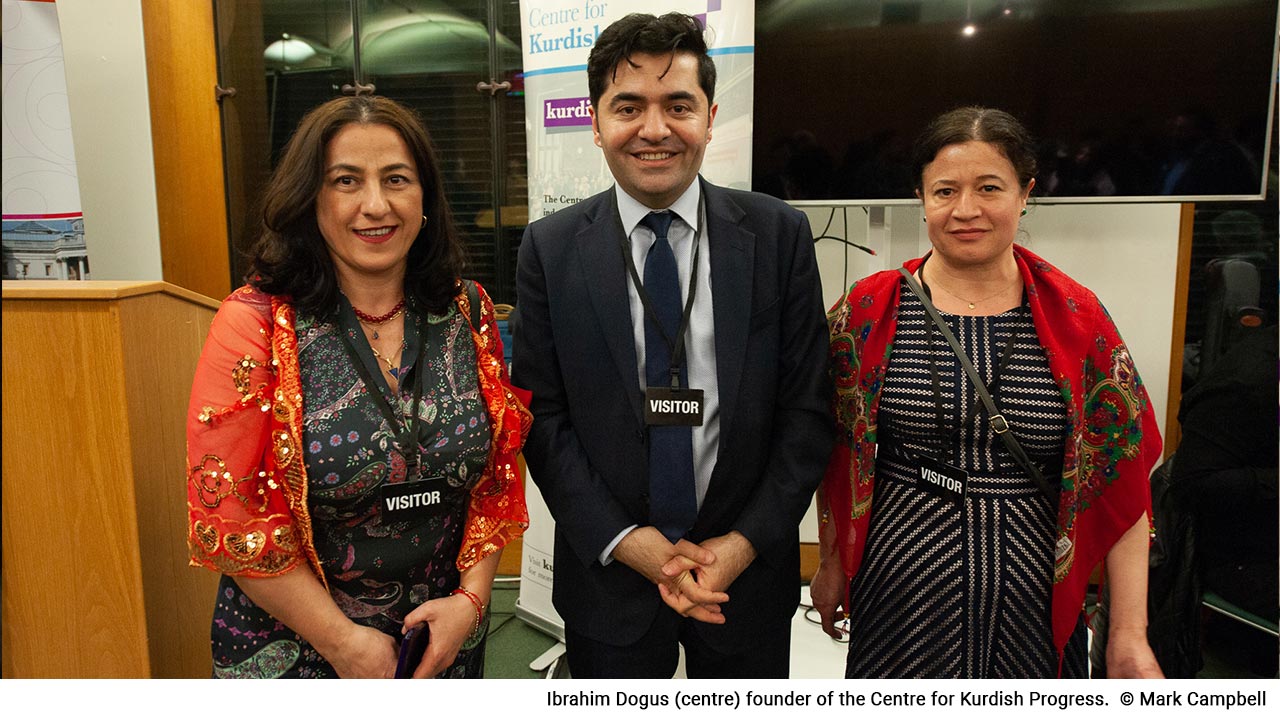 This years event was also co organised by the Kurdish Assembly in the UK, an umbrella organisation that represents the Kurdish Community in the UK 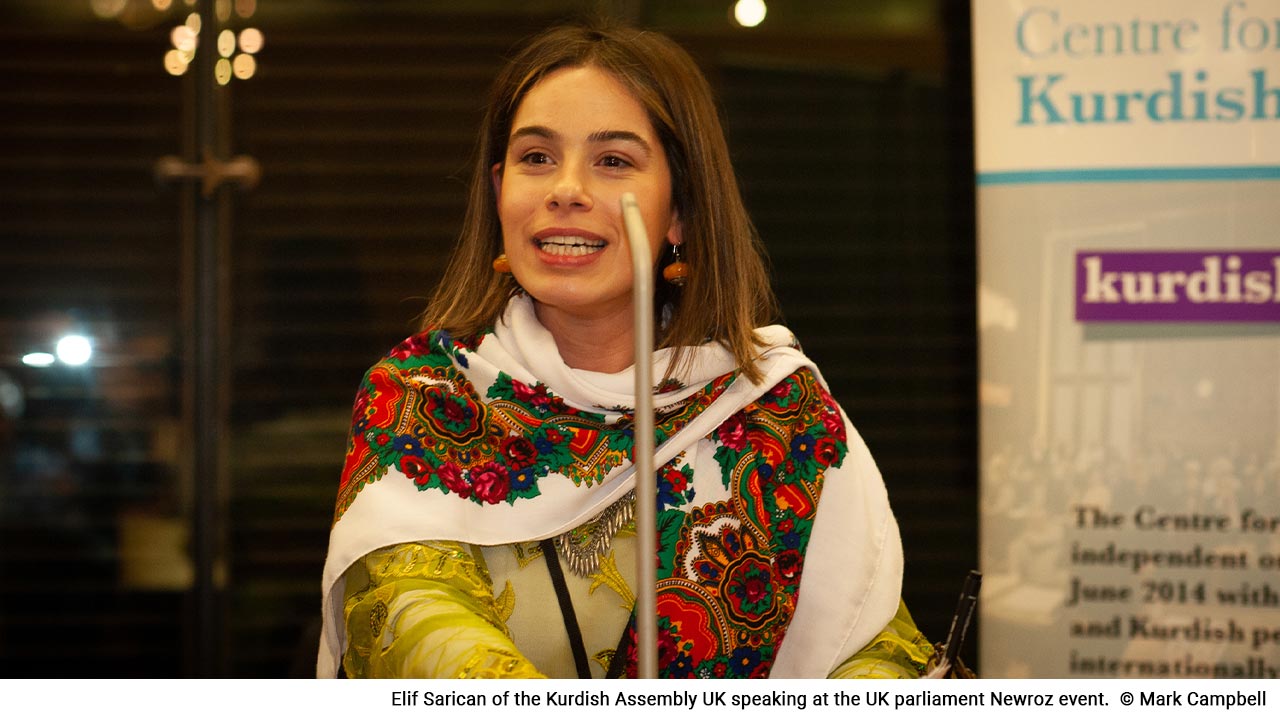 There were also 2 other guest speakers, ex Mayor of Diyarbakir and ex HDP MP Osman Baydemir and Massoud Kasso, a representative of the Syrian Democratic Council (SDC) in the UK who both spoke about the political situation facing the Kurds in the Middle East and of the importance of the Newroz festival for the struggle of the Kurds. Massoud Kasso also informed the meeting that the SDC would soon be opening a political office in the UK. 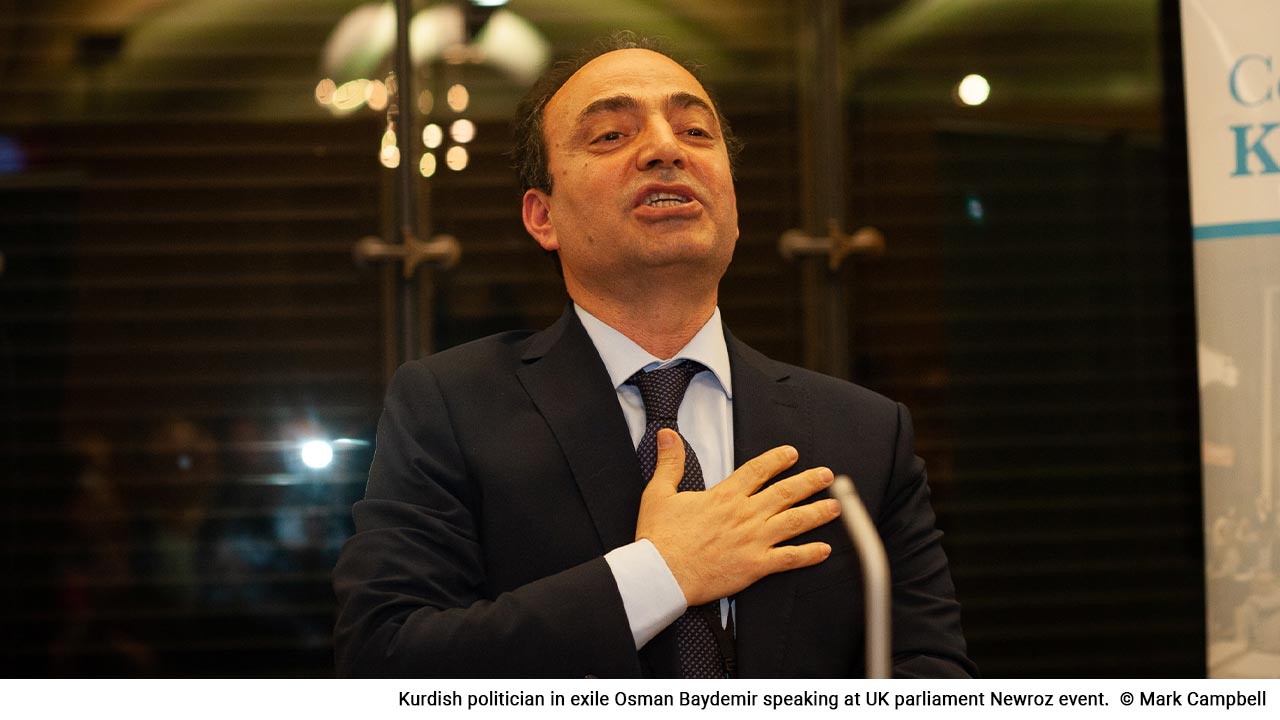 There were also dozens of MPs from different constituencies including Lloyd Russel Moyle MP, Catherine West MP, Chris Stephens MP and ex Labour leader Jeremy Corbyn MP who attended the event with dozens of councillors from different parties and councils in the UK that included Kurdish-British councillors Makbule Gunes and Ali Gul Uzbek the ex Mayor of Haringey. 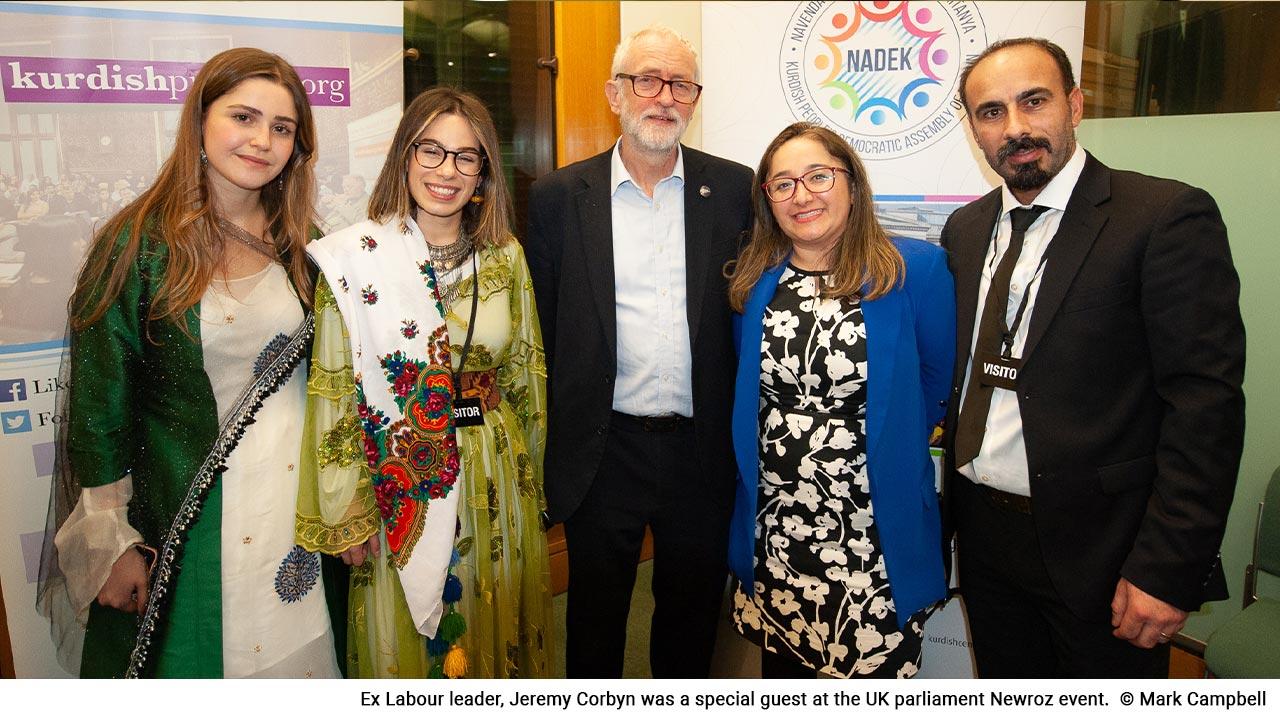 Food and drinks were served and guests danced to live Kurdish music. 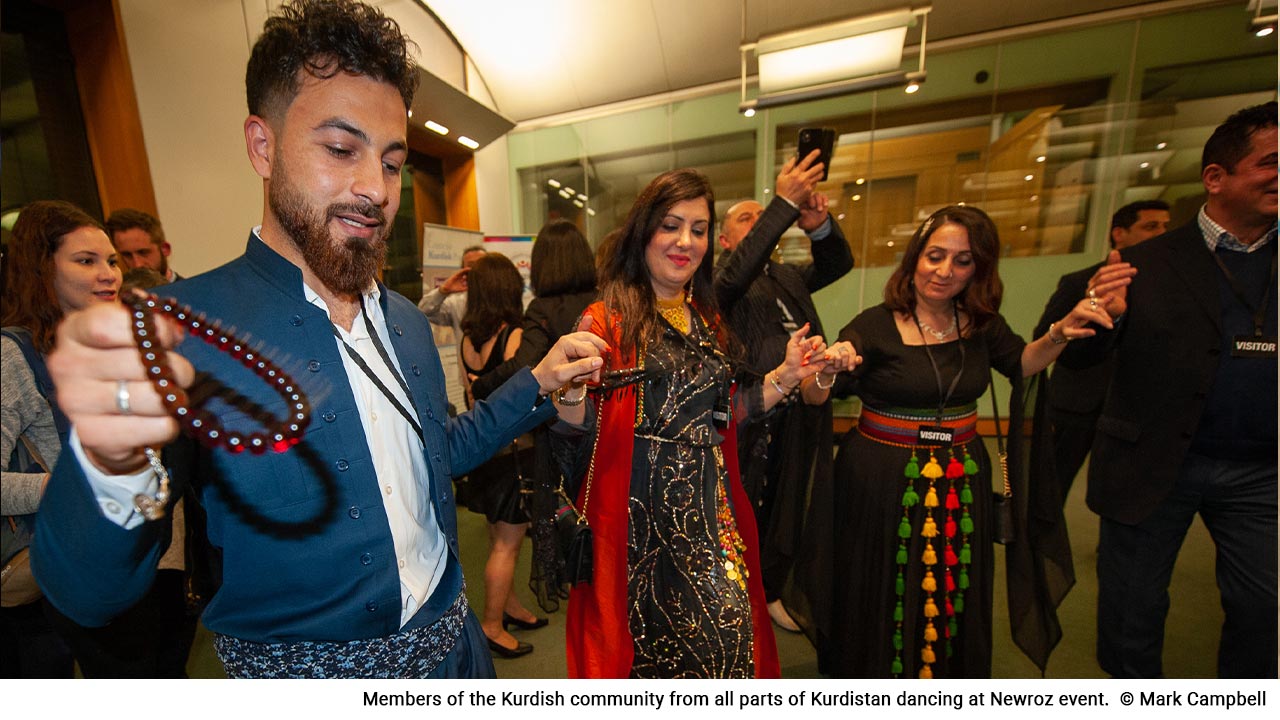