The reasons behind the anti-Kurdish hostility of political Islam in general, and the Arab and Turkish “Muslim Brotherhood” in particular, are very well known throughout history. However, it seems that even the enemies of Kurds are hesitating as a result of what Kurds have done in northern Syria.

In the last ten years, Kurds have transformed northeastern Syria into a relatively safe territory that has bloomed in a democratic atmosphere compared to the rest of Syria. Regarding women’s rights, the Kurds presented to the world the most civilised image. They have been part of the victory against ISIS terrorism by taking up arms and running institutions and governments. In northern Syria the women are involved in all the sectors they were previously excluded from, and are adding beauty to art, music, dance and singing. 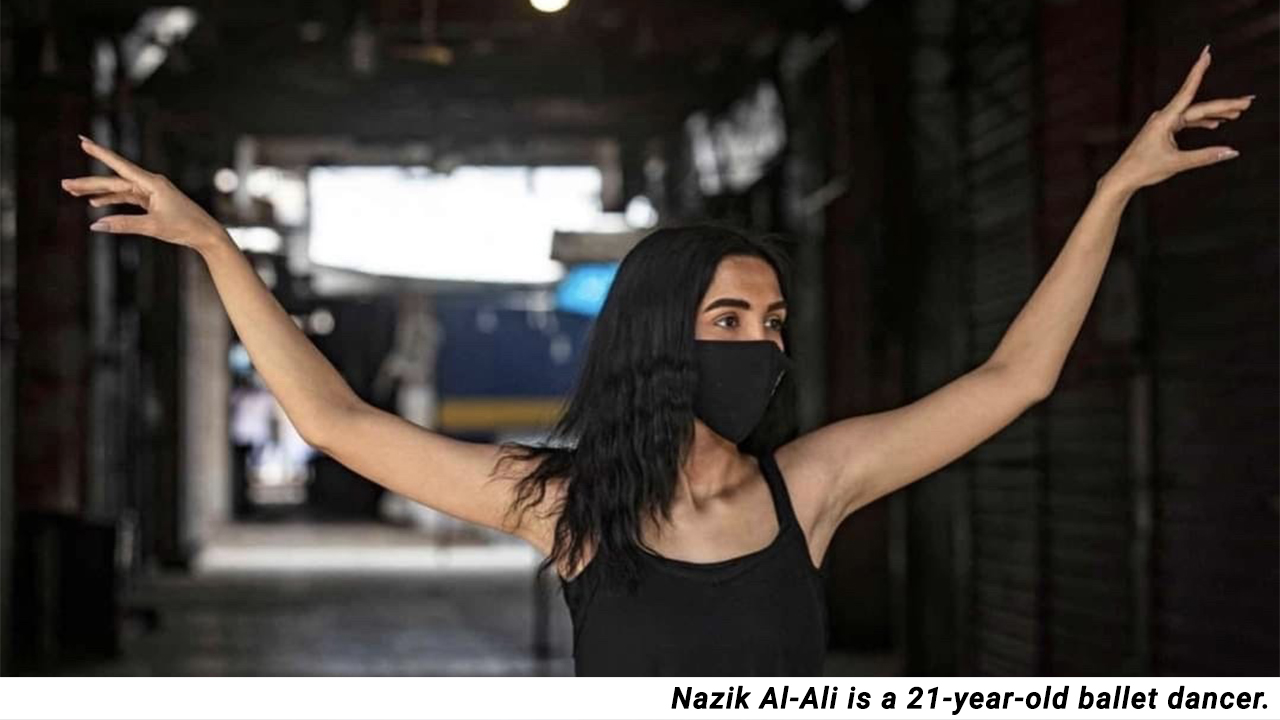 Recently, social media pioneers circulated pictures of a Kurdish girl named Nazik Al-Ali dancing ballet. She is 21 years old and a student at Aleppo University, where she studies chemistry. Nazik Al-Ali, was keen on sending messages of hope through art, and dancing ballet in particular. While dancing, she painted street art, challenging preconceptions, including the societal view that limits women in certain areas.

Pictures of Nazik on the streets of Qamishli caused arguments on social media between mostly Kurdish supporters from northern Syria or other cities and people from the Turkish-backed opposition and the Muslim Brotherhood. Some of the Syrian opposition group (Muslim Brotherhood) have rudely criticised what Nazik Al-Ali has done, and they argued that her dance does not comply with their moral principles, but they themselves steal and rape women in Afrin and seize people’s money and property. 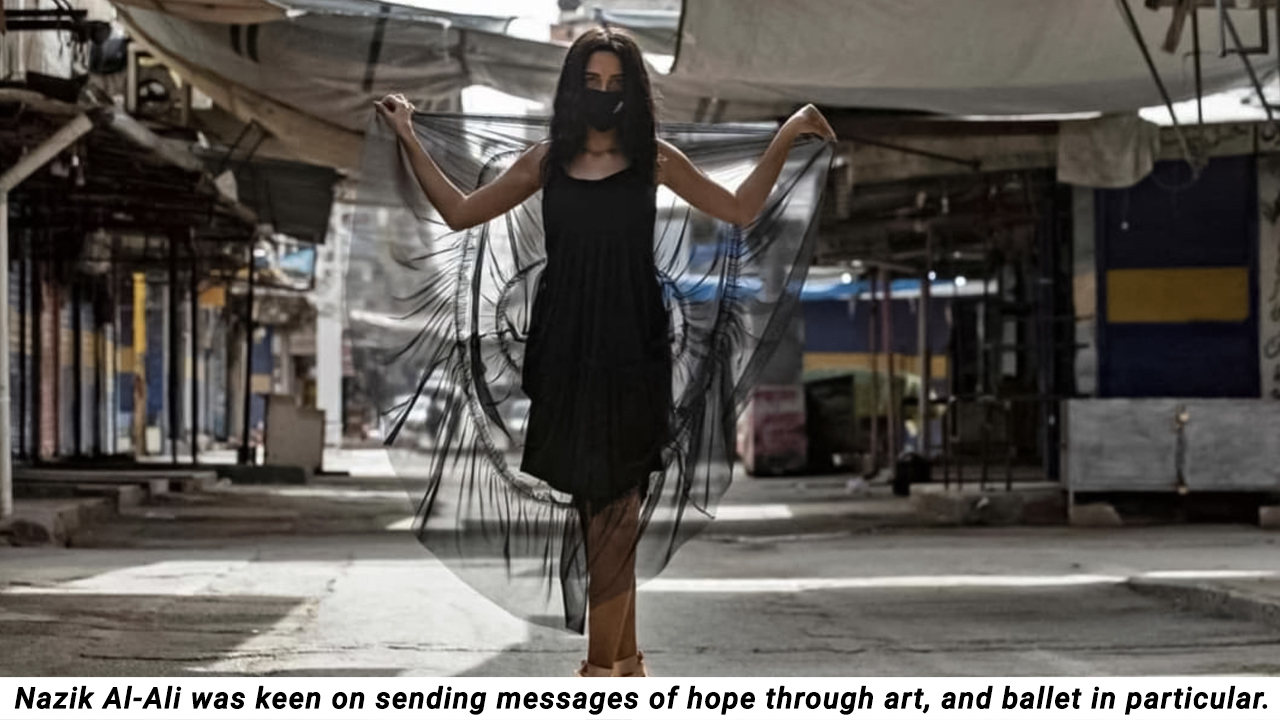 To follow up on this event, I have contacted the Kurdish ballerina Nazik Al-Ali, who lives in Qamishli, to ask her about the beautiful work she did during the ballet performances in the streets of Qamishli, at a time when the war was still going on in her homeland, as well as threats of terrorism and the presence of Covid-19.

In her interview with Medya News, Nazik said: “Since childhood I have had a passion and love for ballet which is considered one of the most elegant dance arts…” Stressing her love for ballet, Nazik explained, “I started dancing in 2018 with a troupe in Damascus, then I performed in Aleppo and finally in the dark streets of Qamishlo.” She also performed ballet in the old streets of Damascus to send a message of love and peace.

On her dancing last week in the streets of Qamishlo, Nazik said: “Despite the devastating war and darkness created by the deadly coronavirus pandemic, my message from that dance was a message of peace and hope… My dance in the streets of my city was in a black dress, and in the absence of good people from those places, it was a cry of defiance from my body and soul to challenge the killers of life, to return the soul to our beautiful streets, to end of the war, the elimination of the pandemic, and to offer a little hope in life to overcome the complexities of the era.”

With regard to people’s opinions of what Nazek did, she said: “The differences in people’s opinions are very natural parts of life, there will always be positive and negative opinions. We shall not be affected by negative opinions. We can always take advantage of the criticism and turn it to encouragement and reasons to improve… Everyone sees life differently based on his or her audience, interest and culture. We should not see life as other people want it to be seen.”