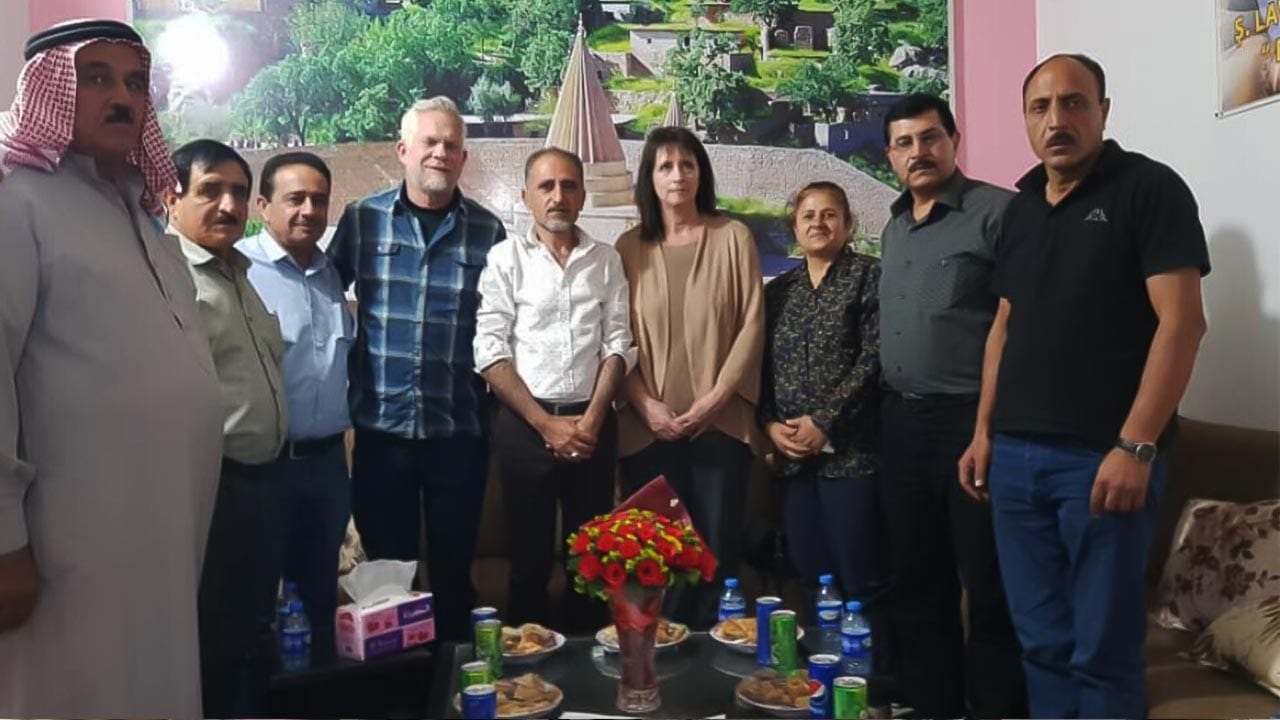 During a recent visit to the region, Nadine Maenza, the Vice-Chair of the US Commission on International Religious Freedom (USCIRF), on 31 October and 5 November (two days after the US elections) called for the political recognition of the Autonomous Administration of North and East Syria (AANES), also known as Rojava.

USCIRF is a bipartisan US government advisory body that was created by the 1998 International Religious Freedom Act. It is tasked with monitoring the universal right to freedom of religion abroad, using international standards to inform its assessments, and makes policy recommendations to the US Congress, the President and to the Secretary of State. It also exercises its statutory authority to convene hearings, as it did on 10 June 2020 when it addressed the issue of ‘Safeguarding Religious Freedom in Northeast Syria’.

As reported by North Press Agency on 5 November, Maenza emphasized the need to support and recognize AANES: “Turkey is currently threatening to invade again. This time, this will mean Christians, Yazidis and Kurds will be killed, raped and kidnapped. So that is what they are doing right now in Afrin, in Serêkaniyê, and Tel Abyad (Girê Spî). How is this okay? One of the reasons I’m here is to make sure that the US and the international community will no longer be able to just look away and pretend this isn’t happening”.

Joe Biden’s presidential team in 2021 will have to take note of Maenza’s assessment as well as that of USCIRF’s June 2020 ‘Safeguarding Religious Freedom in Northeast Syria’ findings.

Maenza: Why political recognition of AANES is essential

Maenza concluded that “Turkey’s narrative that the citizens of North-East Syria are terrorists to justify their invasion is ridiculous. This government” – i.e., AANES – “stands for religious freedom, gender equality, and gardens. What terrorists have ever stood for those things? In fact, Turkey’s behaviour, which is the same as ISIS, fits the behaviour more of a terrorist.

“To permanently defeat Daesh and other terrorist groups, you need governance, security and an ideology to counter the Islamic State’s ideology. AANES has done all of these things. The only way to permanently defeat ISIS in Syria is to give political recognition to AANES”.

Maenza also noted on 5 November that, “in talking with different Christian leaders, it was clear that they all believe that AANES should be included in the final solution for UN Resolution 2254. The US should take USCIRF’s recommendations to make sure that the Autonomous Administration which is the only successful government in Syria is included in the discussion for a final political solution for Syria”. Maenza acknowledged that there has been increased awareness and support for AANES in the US corridors of power: “What I found is so many people in Congress and even in the [US] administration didn’t understand the project here and didn’t know how special religious freedom was here. So we had our Congressional Hearing in June, where we had people testify and document the conditions here and how remarkable they are. From a year ago to now, there has been a big increase in support for North-East Syria in Washington”.

USCIRF Vice-Chair Gayle Manchin had presented the following assessment about the Autonomous Administration during the June Hearings: “There we have seen religious freedom take root and Syria’s remarkable diversity flourish. Muslims may practice as they see fit; Yazidis are protected from radical Islamist violence; Christians can express their faith freely and openly, including converts from other traditions; and even the non-religious have a safe haven – a true rarity for this region. It is noteworthy that when religious and ethnic minorities fled Turkey’s takeover in Afrin in early 2018, most of those displaced persons sought and found safe refuge there in the Autonomous Administration territory”.

Manchin added: “This openness among authorities in northeast Syria to promote religious freedom and to improve its own inclusivity stands in stark contrast to the Ba’athist cult of personality that reins over regime-controlled areas as well as to the religious oppression that the Ha’yat Tahrir al-Sham and its fellow radical Islamist groups brings to others. These successes stand in stark contrast to the poor conditions in territory that has fallen under the control of the Turkish military and its allies inside Syria”.

A statement by Genocide Watch’s Dr Gregory Stanton – presented at the USCIRF hearing – pointed out that: “In areas under Turkey’s control, civilians have been subjected to horrific crimes against humanity committed by Turkish forces and Turkish supported militias. Forced population transfers are war crimes. Law is not effective unless it is enforced by legitimate power. The AANES and the Syrian Democratic Forces in northern Syria have lost their power to end Turkey’s occupation and to prosecute crimes committed by Turkish-backed militias. They could only regain their authority in the occupied areas if the US demands Turkey’s withdrawal from Syria. The current US administration shows only weak support for the AANES. The US Special Envoy to the region even supports Turkish control over northern Syria. He must be replaced as soon as possible. The US is currently ignoring Turkey’s neo-Ottoman fascist ideology. It does not support federal solutions for the conflicts in Syria and Iraq”.

Will the President-elect take heed?

During her visit to the region, having interviewed several community leaders and groups, Nadine Maenza noted on 31 October in a press conference covered by North Press Agency: “Overall, I’m encouraged by the progress I see and the freedoms that are really remarkable, but it all comes down to this governance because the Autonomous Administration is providing this refuge and is governing in a way that permits this: the way churches are being built; mosques are being built and the way people are able to practice their religion.

“So I think it’s important for the international community to appreciate how special this all is and how we can come alongside and support this very important project. And also speak about the things that are happening in the area that Turkey has invaded”.

Maenza highlighted the concerns Yazidis and Christians have of returning to their ancestral homelands: “A lot of people are afraid: I mean, we were in Raqqa and in Tabqa where they have invited Christians to come back. The Christians want to come back: Their homes are being preserved; their church lands are being preserved. But they’re looking at Turkey right there on the border and they’re afraid if they come back, they are going again to be targeted by these Islamists, extremists.

“So, the Christians in the autonomous administration are really safe and welcomed and the [Christian] communities want more [of their fellow Christians] to come back but obviously with Turkey on the borders, it’s really giving them a pause. So we’re hoping the international community will call out what’s happening in these areas for what it is and really, as USCIRF has recommended, that the US government pressure Turkey to withdraw, which is really the only answer to people being able to return [safely] to their homes there”.

For Maenza, it is crucial that the ‘international community’ “figure(s) out how to deal with this more aggressive Turkey that’s going to continue with these actions unless somebody stands up” to it. After the recent visit to Afrin by Syrian Opposition Coalition (SOC) officials, the USCIRF tweeted Maenza’s response to it on 14 November: “The SOC chief’s Afrin visit and comments gloss over massive evidence of religious freedom violations against Yazidis, Christians, Kurds and others. USCIRF continues to call for withdrawal of Turkish and TFSA (Turkish-backed Free Syrian Army) forces from the area”.

On 15 November, Maenza tweeted: “How can the US continue to support the Turkish backed Syrian Opposition after their president visits Afrin in support of the conditions there for religious minorities? This should disqualify them from a role in a future Syria”.

World Children's Day: Uğur Kaymaz was 12 when he was murdered by soldiers

World Children's Day: Uğur Kaymaz was 12 when he was murdered by soldiers