Medya News first Twitter Spaces panel brought together expert voices from the ground in North and East Syria under Turkey’s latest wave of air strikes in the Kurdish- led region, and we heard from analysts on how President Erdoğan is benefiting from shifts in the regional geopolitical context.

On Monday 28 November, Medya News convened an online panel via Twitter Spaces to bring together expert voices to analyse the latest developments in North and East Syria (NES), whether now is the time that President Erdoğan will make his next move to seize and occupy swathes of land in the Kurdish-led NES region, and how he is benefiting from shifts in the regional geopolitical reality.

The online panel for the event included journalist and commentator Frederike Geerdink, director of research at the Kurdish Peace Institute Meghan Bodette, Syrian-Kurdish politican Salih Muslim, and Samantha Teal from key on-the-ground source Rojava Information Centre. Journalist Matt Broomfield moderated the conversation. The discussion sought to widen the scope from NES to assess the impact of upcoming Turkish elections, the role of Washington and Moscow in furthering the crisis, and the key demands that the Kurdish political movement can or ought to further if they wish to achieve effective and long-lasting peace in the region.

Teal opened the discussion by summarising for listeners the latest events on the ground in NES. Turkey’s latest wave of deadly airstrikes against Kurdish-led NES resulted in more than two dozen casualties including a journalist and multiple civilians, hitting civilian targets including a power station, a grain silo and a coronavirus hospital. President Erdoğan has once again threatened a Syrian ground operation ‘as soon as possible’, likely against the cities of Manbij and Kobane, key multiethnic population centres in the west of the region. 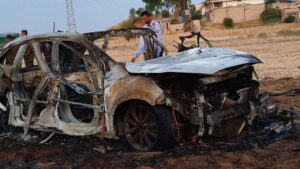 Expanding on these challenges, Teal said,

“The situation is critical, it’s freezing and there’s no oil to use for heaters or medicines. In terms of recent days, whilst the warplanes and drone strikes seem to have paused, the shelling is relentless. We also spoke to a military source today who told us drones are flying 24/7 over key sites, including Al Hol Camp.”

Dutch journalist and Medya News contributor Frederike Geerdink then outlined links with the ongoing domestic political crisis in Turkey. She noted that a recent terror attack in Istanbul has served as a casus belli for a new aerial Turkish operation against the region, despite lack of evidence as to who is responsible. saying,

“Of course, because of the economic situation, there is high unemployment, there is skyrocketing inflation. So [governing party] AKP is losing support. One way to gather people behind AKP is to to fight against what the Turkish public in general considers to be terrorists.” 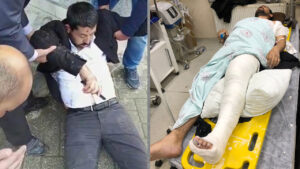 Nonetheless, Geerdink noted that the pro-Kurdish People’s Democratic Party (HDP) might well be able to influence the political process in Turkey if it is not banned outright ahead of crucial 2023 elections in which it may play a kingmaker role, saying,

“Where I do see hope is that despite all the repression, and despite all the HDP politicians being prosecuted and jailed, that the HDP still has a very broad voter base. And still, they will pass the 10% voter threshold, and they will be there to ask the difficult questions and to continue their struggle, because they are, of course in Parliament, but what people don’t always see is how big this movement is. It is really a mass people’s movement.”

The Kurdish Peace Institute’s Bodette argued that the US administration was undoing its own efforts to eradicate the global threat posed by the ongoing ISIS insurgency. The very efforts to establish a progressive democracy in the region which constitute the best way to challenge ISIS were anathema to Turkey and led to Turkey repeatedly targeting NES political officials and activists working to challenge radical Islam, she argued. 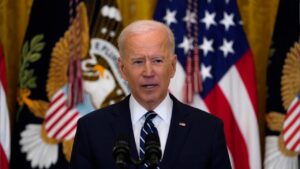 The US Government needs to understand the risks of facilitating Turkish aggression, Bodette said

“The United States needs to start communicating publically and clearly that there is no military solution to the Kurdish question. Actors involved need to pursue political solutions because they have done it before and demonstrated they are capable of doing so.”

Bodette then outlined a number of key points where the United States Government was currently tacitly or actively facilitating Turkey’s aggression, and suggested how Kurdish political actors could push back on these. They included challenging a bill on renewed US support for Turkey’s F-16 fighter jet fleet, demanding an end to efforts to ban the HDP, and above all pushing the US to act before – rather than after – Turkey launched a ground invasion of NES.

“When Turkey gets this technology it uses it against counter-ISIS forces, political leaders involved in stabilising the region, and innocent citizens who have nothing to do with the conflict. Any future implementation of US aid to Turkey must be conditioned on the implementation of a full and sustainable peace agreement and commensurate agreements on democracy and human rights.”

You can hear the full conversation via the Twitter Space link here.