The city of Manbij (Minbic) was liberated on 12 August 2016 by the Syrian Democratic Forces (SDF) who defeated ISIS who had occupied and besieged the town for more than two years. Four years have passed after the liberation of the town and the people of Manbij have been busy creating a new societal and administration model.

Mihemed Elî El-Ebo, the  Co-Chair of the Manbij Democratic Civil Administration Legislative Assembly spoke to Hawar News Agency on the re-building of Manbij over the last four years.

A platform for local people to organise themselves

All components living in Manbij came together on 12 March 2017 and formed the Manbij Democratic Civil Administration. Since then, in Manbij, especially in security, service, health and education, progress has been developing in all of these areas.

The administration has been giving significant efforts to strengthen democracy and has resulted in the determination of the peoples living in the region to live together, as Mihemed Elî El-Ebo explains. 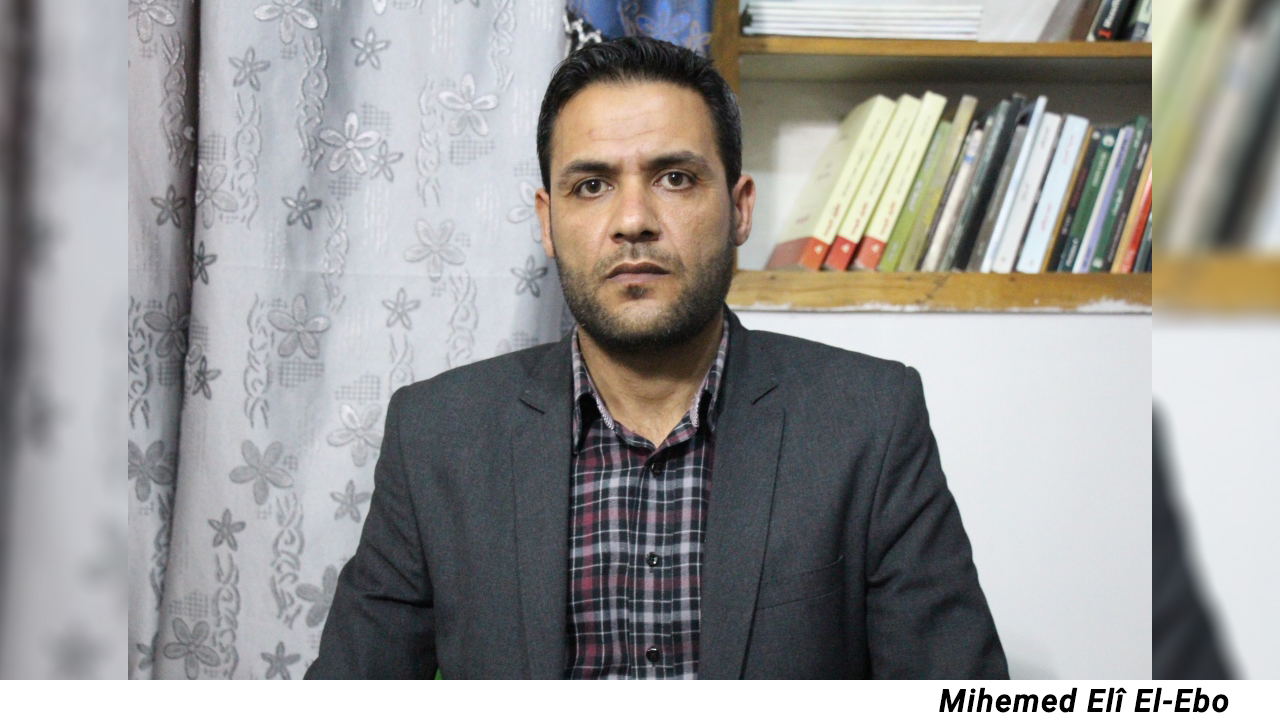 The Manbij civil administration, 4 years on since the liberation of Manbij from ISIS, constitutes one of the seven main administrations of the Autonomous Administration of North and East Syria. (AANES)

“Our civil administration has been a platform for the people of Manbij to organise themselves peacefully and it has strengthened the determination of the peoples to fight together,” said El-Ebo.

‘Education comes first for us’

Hundreds of schools were opened under the supervision of many teachers and with the participation of thousands of students. The Manbij Democratic Civil Administration started to work with the slogan ”Education is above everything.” to rebuild the city after the brutal attacks of ISIS.

“Manbij proves that education is possible even under limited circumstances if it’s taken as a priority,” said El-Ebo.

”Women are in leading positions’

Women in Manbij have an important role in the rebuilding and development of the city along with the establishment of the Civilian Administration.

“Women have become  the leading force in Manbij just like they lead the resistance throughout North and East Syria with their active participation in the administration, security forces and military forces to protect the city borders,”  he said.

Those who have seen Manbij 4 years ago would see the development of city better, according to El-Ebo. “Compared to four years ago,  people can realise how much our administration contributed to the rebuilding as well as the architectural development of the city,” he said. 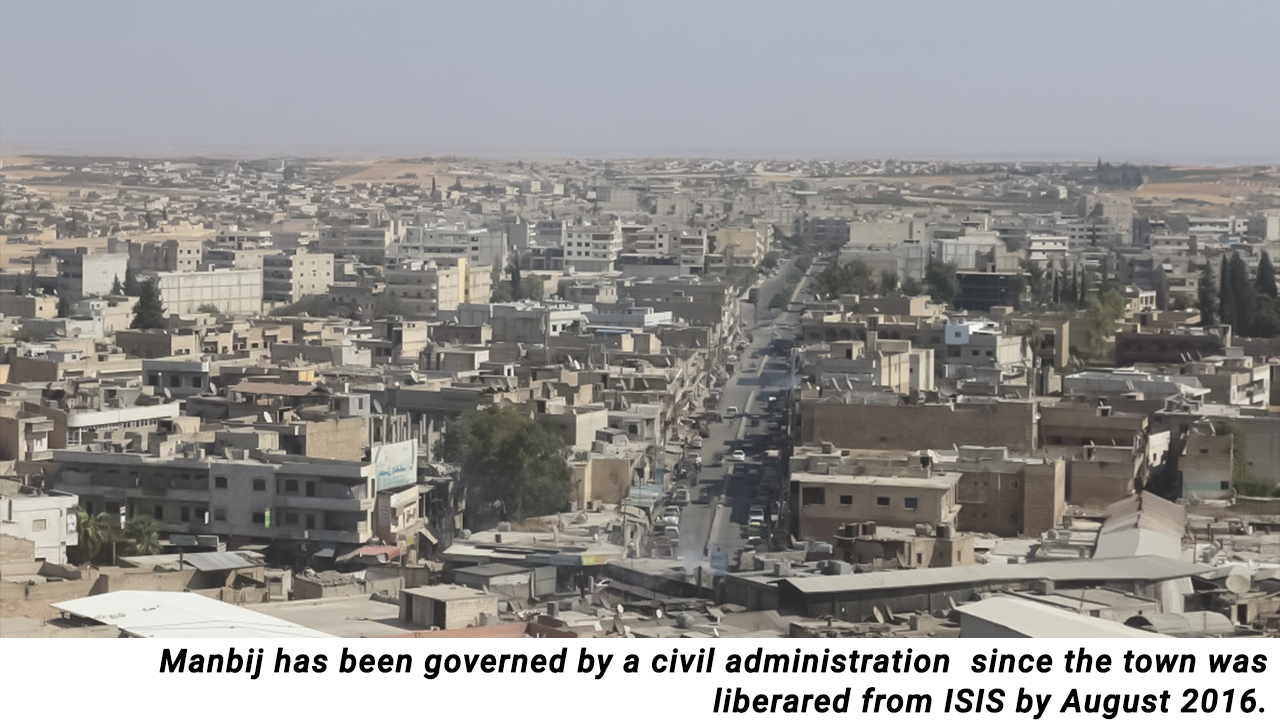 After the liberation of the city of Manbij, the Municipalities Committee worked to revive the spirit of the city with the restoration works of the infrastructure which was destroyed during the ISIS occupation.

“We have rebuilt the roads in the city and in the villages as well. The economy and the agriculture has been much improved by the support of the civil administration,” he said. During the pandemic, the civil administration mobilised all efforts for public health. ‘During the pandemic in Manbij, healthcare workers did a great job and the city survived this crisis with minimal human losses.”

The strategic location of the city, which has three important gates such as Um Cilûd, Taîhe and Ewn Dadat has always been a strategic place to make Manbij a target for attacks, but “thanks to our military forces and Internal Security Forces, our city is in safety and peace,” El-Ebo said.

“We take these threats seriously. For this reason, our military forces are ready on the war fronts to protect their region from possible attacks. The occupying Turkish state does not want peace neither in Manbij nor throughout the North and East Syria. We are always under threat of war and destruction.”

War of annihilation and demographic change continues in Afrin

Saleh Muslim says the fight against ISIS is an international fight.

AANES: Many casualties in clashes after ISIS attack on prison

“Exarcheia is filled with capitalism and state power”

War of annihilation and demographic change continues in Afrin

Saleh Muslim says the fight against ISIS is an international fight.