Maltepe Youth Prison: ”There is a torture room” 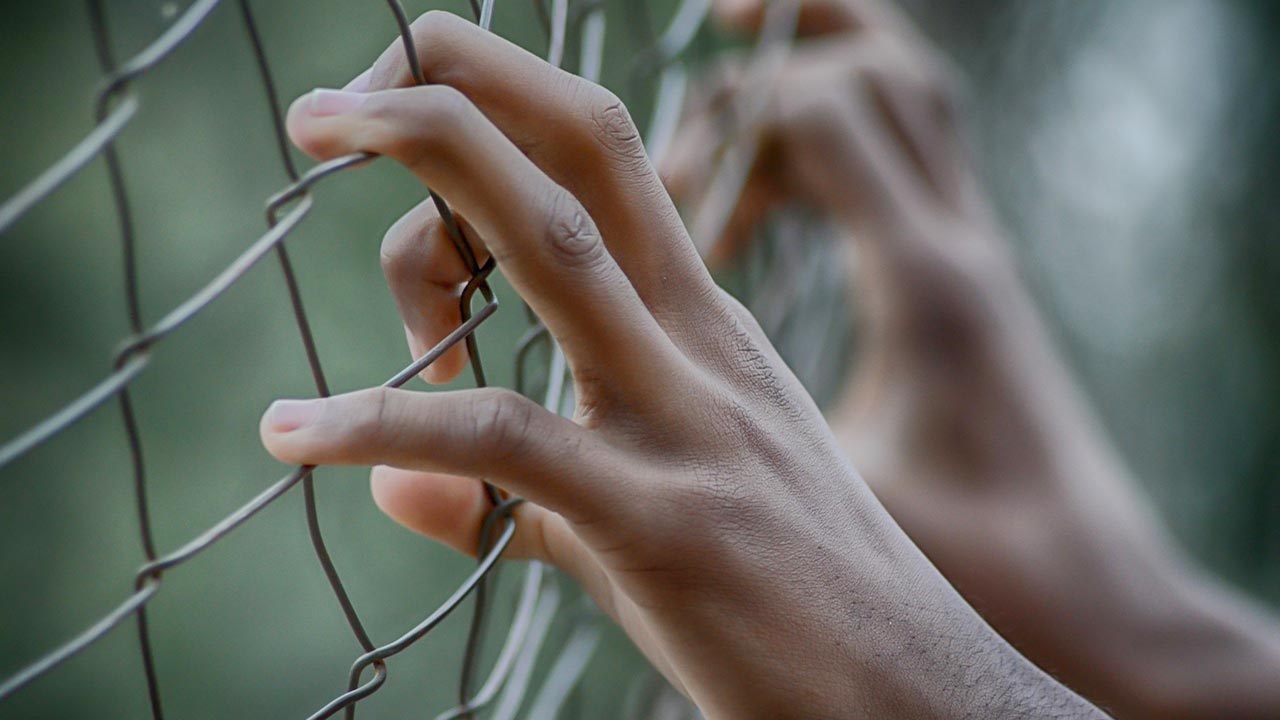 A child who had been sent to Maltepe Sübyan Prison described what he went through: ”There is a torture room covered with a blue sponge. A few years ago, the guards raped the children there”.

According to Gülcan Dereli from Yeni Yaşam, there are thousands of children in prisons throughout Turkey. There are even babies amongst the prisoners. This situation did not even change during the coronavirus pandemic. There is no other country in the world where so many children are in prison.

The violation of rights in prisons are frequently reported in the media, but what is happening in youth prisons gains little coverage. Kurdish children who were subjected to rape and torture in Pozantı Youth Prison are inscribed in our memories.

We spoke to a child who had been tortured in Maltepe Youth Penal Institution. We changed his actual name to Yılmaz Cesur for the article, for his safety.

Cesur recounted that there was severe torture in Maltepe Sübyan Prison and he tells us what he experienced and witnessed: “When you first go to prison, your hair gets clean-shaven. When the child looks in the mirror, he says this is not me. This has a terrible effect. They cut hair as a rule in the prison, but it disturbs your mind. Younger children have greater difficulty coping with this.

“They have to learn the rules. Nobody can speak out. Sometimes, fighting occurs between children. The guards also attack children. Five to six guards go inside and kick and slap them. They also hit them with batons and throw them into cells. They don’t even ask what the commotion was about”.

Cesur states that it is a lie that children are rehabilitated in Sübyan prisons. “There is no such thing”, he says.

He states that there is a ‘special room’ for torturing children in prison. He even claims that a few years ago the children were raped by the guards: “There is a room called the soft room. A room covered with a blue sponge. You are left there in just your underwear and whether it’s winter or cold, it doesn’t matter. You are kept like that. While you are peeing, the guards can see you on camera. In fact, there were people who were raped a few years ago. The guards raped the children”.

All phone conversations are monitored

Children also cannot tell their family what’s happening because all their phone conversations with them are monitored. If they start saying anything, the phones are cut. They soon learn that they will only be allowed to converse with their family members if they don’t mention anything negative.

As Cesur observed: “You come to understand this when the phone is cut off. Of course, you call again, but this time you know you cannot tell or it will be cut off again. The guards come and warn you about this. Talking like that, they threaten that you won’t be able to get on the phone anymore if you complain about conditions. Visitors should be allowed to have one hour with you but it’s never an hour. Phone calls are cut to seven minutes instead of the allotted ten minutes … So you are always lacking in everything you should be entitled to”, he says.

You are left at the mercy of the guards

Cesur said that the capacity of the number two ward is just twenty eight but sixty people are put there. You have no money, you cannot do anything. You are left at the mercy of the guards.

Stating that the problems in summer and winter are different, Cesur said: “There is only one hour when you can get hot water. If you can’t take a bath during this time, you have to bathe in cold water. Or you will have to wait until the next day. In winter, it gets very cold. Everyone wants and needs a blanket. Those who do not have a family to provide it have to go without. They do not help or provide here”.

Cesur says that rehabilitation aimed at ensuring the children “ do not come back again to prison” doesn’t really happen. Instead, children get “angrier. Because there is so much torment”.

“I will seek justice on the ground”

Cesur concludes that what one does learn from these experiences is that: “There is no such thing as justice. Now there is femicide. The man (i.e., the perpetrator of violence) is released and gets judicial control. But a kid can go to prison all too easily. Is there justice now? Everything is tied to money.

“When Deniz Gezmiş was tried and faced execution, he replied to the judge’s question, ‘What are you laughing at?’, in the following manner: ‘I read justice on the wall, I laughed at it because there was no justice then’”. 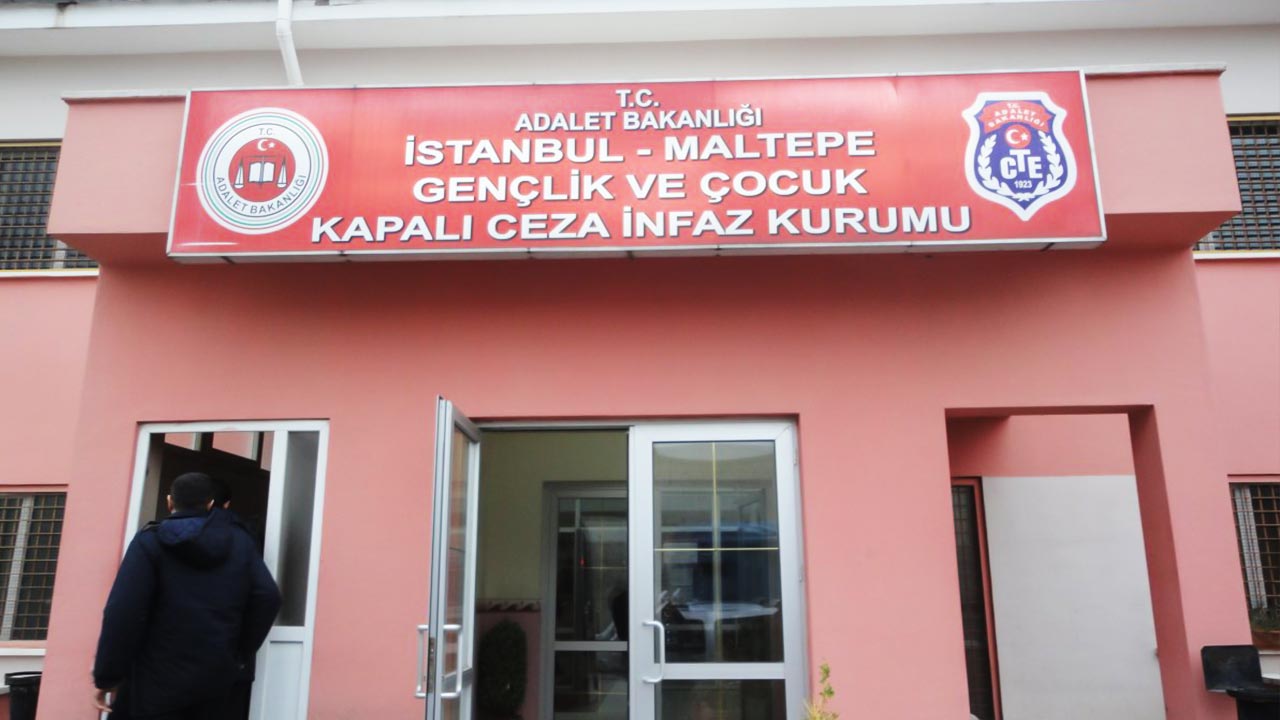 Cesur went to prison after talking to Yeni Yaşam.

There was a public scandal in 2012 when seven children between the ages of 13-17, who were amongst the detainees in Adana Pozantı M-Type Youth Prison, wrote about rape, harassment and torture that they had been subjected to and gave it to the Mersin Branch of the Human Rights Association.

After Pozantı Youth Prison, the second scandal emerged in Şakran Youth Prison in 2015. In paper dated 2 December 2014, signed by Hamit Karslıoğlu, Director of Izmir Child and Youth Closed Prison, it was stated that youth prisoners tortured each other in prison. According to the information presented, it was stated that children were subjected to severe torture and were raped by adults.

There are 396 prisons in Turkey

In the 14-year period between 2006 and 2019, 178 new prisons were opened. Fourteen prisons were opened in 2019. According to the Ministry of Justice in Turkey, in March 2019 there were a total of 396 penal institutions, including 313 closed, 75 open, nine women’s closed, eight women’s open, seven children’s closed, and five children’s education houses. The total capacity of these institutions is 220,000 people. However, these prisons are operating at above-capacity levels.

According to Justice Minister Abdulhamit Gül, there were approximately 300,000 prisoners in Turkey in 2019.

The Council of Europe has published its annual report on criminal statistics. The report stated that between 2018-2019, the number of prisoners per 100,000 people across Europe had remained almost constant. However, the countries which experienced the highest increases in the number of prisoners were Turkey, Cyprus and Bulgaria respectively at 13%, 11% and 9%.

Aldar Xelîl: The KDP has built-up its forces along the Rojava border

Maltepe Youth Prison: ”There is a torture room”

Aldar Xelîl: The KDP has built-up its forces along the Rojava border