Magda Tagtachian: ‘The Armenians and the Kurds should join forces’

Having published her third book "Rojava" on the women's struggle in North East Syria, the Armenian writer says that Kurds and Armenians should join forces, pointing out the similarities between the ongoing attacks against the Kurds and the Armenians.

Actively engaged in the struggle of her people and several Armenian institutions, Tagtachian has been known for her books “Forget-me-not Armenuhi, The Story of My Armenian Grandmother”, “Armenian Soul” and “Rojava“.

She told ANHA that the threats faced by the Armenians in 1915 are now similarly being acted out against the Kurdish people:.

She says that the states are remaining silent with an eye on their own interests. “Similarly when the Armenian massacre was being played out not one power even made a statement of condemnation. The condemnatory statements were made decades after the event,” she said.

She underlined that we are seeing the same crimes continuing today, but “no-one is saying a word, despite the fact that developing technology ensures that the moment genocide takes place it reaches the whole world.”

She states that Turkey has performed various theatricals in order to legitimise its crimes in Afrin (Efrîn) in the eyes of the world. “Numerous journalists were invited to occupied Afrin in an attempt to play out the theatricals being performed there to the world,” she said, adding that she was included in the invitations.

“Unfortunately numerous journalists accepted and became tools in the plans of the Turkish state to legitimise the occupation.”

Tagtachian finds it surprising that the world sees the Kurds as a “minority”, although there are 40 million Kurds in the Middle East. “Wherever Kurds are to be found they are under threat from the Turkish state.” 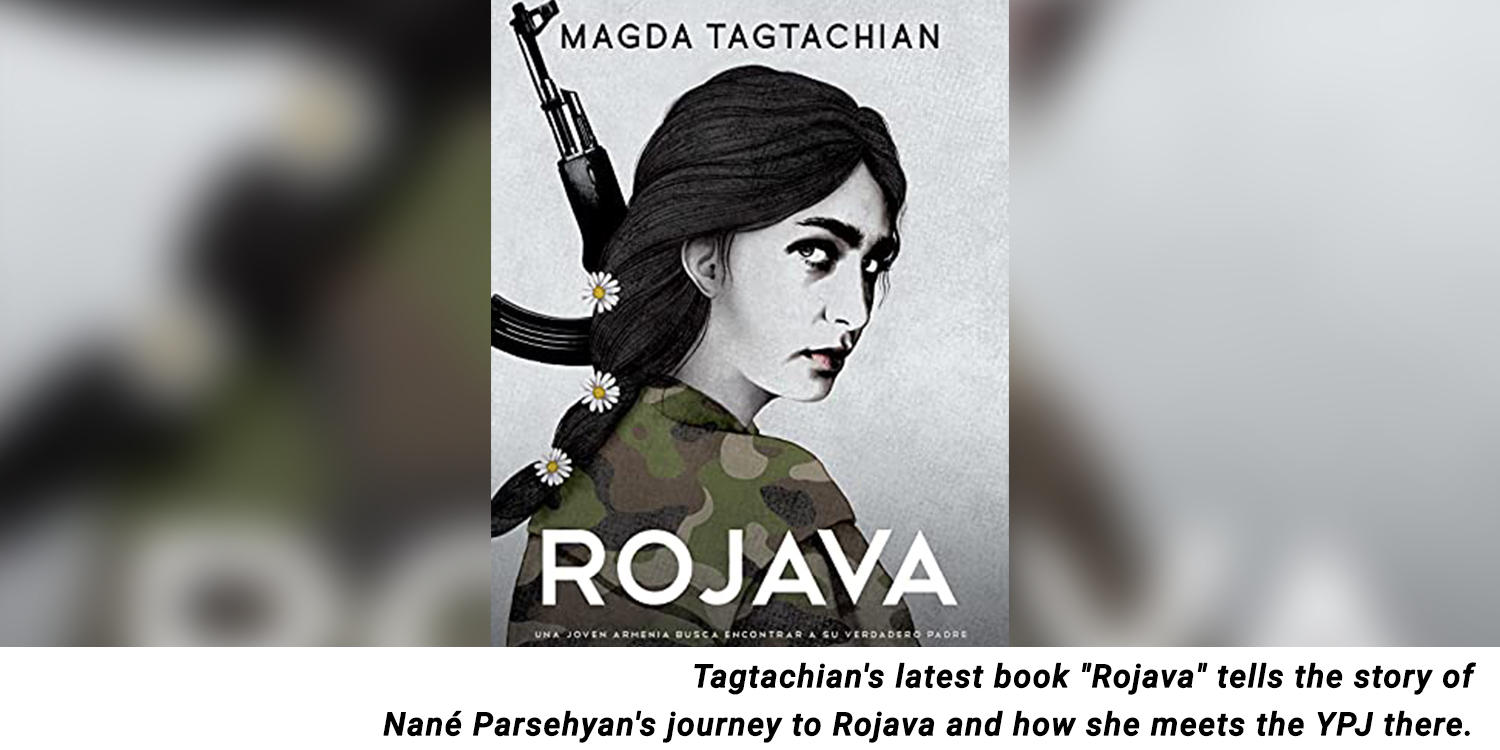 She stated that the Kurds have gone to great lengths to prove their existence. “They have achieved great things, like the Autonomous Administration in Rojava. They are currently being threatened. The US and Russia are pressurised by the Turkish state.”

The Armenians, she noted, experience threats from the Turkish state too. “So the Armenians and the Kurds should join forces. They should increase the struggle against their common enemy Erdoğan.”

She drew attention to the Turkish state’s bombing of Assyrian villages in Tall Tamr [Til Temir].

“The Turkish state is following Ottoman policies. They want to bring about a resumption of the events of 1915. They are waging a war against the ideological system that has come to life in Rojava. Erdoğan feels that the system in Rojava will threaten his power. Rojava is one of the greatest obstacles to his new Ottoman project.”

Tagtachian also analysed the Kurdish women’s struggle, stating that the YPJ (Women’s Defence Units) forces in North and East Syria had caused reverberations across the world and also gave her an inspiration to write her third book.

“I decided to write about the women’s struggle in Rojava when I completed my first two books. It was well worth writing about the great struggle of women against the Baath regime, the Turkish state and DAESH.”

When she wrote about the women’s struggle going on in North and East Syria, she felt as though she was “writing about the struggle of those saved from the massacre of 1915.”

“I feel honoured by the Kurdish and Yazidi women’s struggle. I have complete faith that they will achieve the aims they are struggling for. They have taken revenge for their sisters who were burnt alive.”

Turkey owes its history of democracy to Aysel Tuğluk

Wages devalued in Turkey due to currency crisis and inflation

Zagros Hiwa: ‘Human values, natural rights and law should not be a turned into a bargaining chip’

Turkey owes its history of democracy to Aysel Tuğluk

Wages devalued in Turkey due to currency crisis and inflation

Zagros Hiwa: ‘Human values, natural rights and law should not be a turned into a bargaining chip’