Letter from Leyla Güven to Palestinian prisoners on hunger strike

Six Palestinian prisoners have been on hunger strike for weeks now in protest at their unfair administrative detention without either a charge nor a trial due to the discriminatory Israeli policies that allow detaining Palestinians indefinitely based solely on “secret information”.

A recent disturbing photograph of Miqdad al-Qawasmeh published in the media showed him in a very bad physical condition and created a strong public reaction on social media.

Palestinians in Gaza also organised a large protest calling for a campaign to save the seven hunger-striking prisoners.

The Kurdish politician and human rights activist Leyla Güven who also conducted a life threatening hunger strike in 2018 for 200 days demanding the lifting of the isolation imposed against the Kurdistan Worker’s Party Leader Abdullah Öcalan, also sent a letter from Elazığ E-type Prison where she is incarcerated.

Güven wrote: “Dear prisoners of the Palestinian People; From the Prison of Elazığ, where I am located, I learned through the press that you are on hunger strike. As someone who knows what a hunger strike is like in prison, I wanted to write to you. In the 21st century, while people are buying land in spaces just to have some more fun in their lives, Palestinians and Kurdish people continue to be persecuted as refugees on their own homelands.” 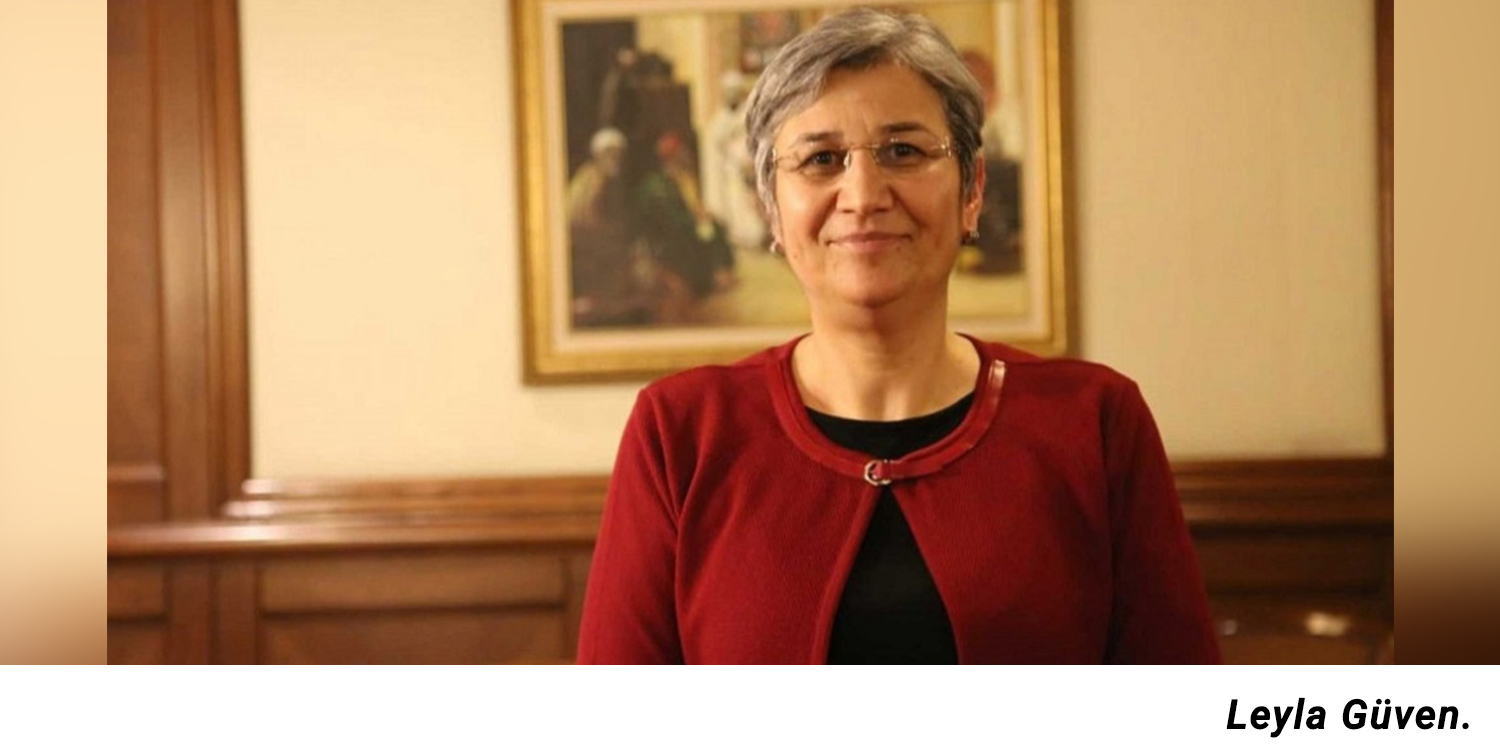 Güven famously went on an indefinite hunger strike on 7 November 2018 to protest against the solitary confinement conditions that had been imposed upon Abdullah Öcalan, the imprisoned leader of the Kurdistan Workers Party (PKK).

She was released in January 2019, whilst still on hunger strike but continued the action until 26 May 2019, when she concluded her action upon the news of a relative easing in Abdullah Öcalan’s prison conditions, contact with his lawyer and a visit of the Committe for the Prevention of Torture to Imrali Island.

Güven made a statement from her wheelchair before she was taken to a hospital for urgent treatment after her 200-day long hunger strike. “The result of this resistance is a victory for the peoples of Turkey,” she said.

On 4 June 2020, Güven had her parliamentary immunity lifted and was dismissed from the Turkish parliament and re-arrested.

She was released on 9 June only to be arrested again on 22 December 2020, a day after having been sentenced to a prison term of 22 years for alleged ‘membership of a terror organisation.’

Güven was awarded Honorary Citizenship of Paris on 4 February 2019.