Turkey’s government-linked Cengiz Holding cannot dodge the blame for the “chain of negligence” that resulted in 21 deaths in a nightmare accident in the southeastern province of Mardin, opposition politicians said.

Experts and politicians in Turkey blamed a “chain of negligence” after articulated lorries owned by the government-linked Cengiz Holding conglomerate caused a traffic disaster that left at least 21 people dead and injured dozens in the southeastern province of Mardin (Mêrdîn) on Saturday.

Footage of the crash shows a large vehicle ploughing through people and vehicles on a busy road in the district of Derik in Mardin. A second articulated lorry then struck the first responders and crowds gathered to help the victims of the first crash, reports said.

Turkey’s Minister of Health, Fahrettin Koca, said the first accident was caused by faulty brakes on the vehicle. Interior Minister Süleyman Soylu, who visited Derik on Sunday, said that the drivers of both vehicles had been taken into custody.

But on the same weekend in which a second nightmare double smash in Turkey’s mainly Kurdish southeast killed at least another 15 people, experts say a full report is required into how the accident took place. Meanwhile, opposition politicians have pointed to a string of fatal accidents and accused the government of allowing powerful businesses to get away with negligence.

The Turkish Engineers and Architects Chambers Association (TMMOB), vowed to publish a comprehensive report on the “chain of negligence” that led to the accidents in Derik.

“What caused it? Which institutions are at fault, and who?” said Şükrü Kaya, a representative from TMMOB’s Mardin branch. “We will prepare our report and present it to the public. Whoever is at fault must be held responsible. We can’t let this remain in the dark.”

Kaya said the TMMOB’s initial investigation had made it clear that the accident was caused by negligence, adding that a technical report would be published soon.

Peoples’ Democratic Party (HDP) spokesperson Ebru Günay was clear on who her party held responsible for the “chain of negligence”, calling the crash an example of a “privileged and protected class” in Turkey routinely getting away with lethal oversights.

Günay was in Derik to accompany the HDP committee investigating the crash site. She said the Cengiz Holding conglomerate, which owned both the articulated lorries involved in the Derik distaster, was responsible for the deaths in Derik.

Moreover, she said, the company had been “spreading death” through environmental damage caused by its recycling and fertiliser production facility in Mardin, as well as the unsafe condition of the vehicles transporting supplies to and from the site. 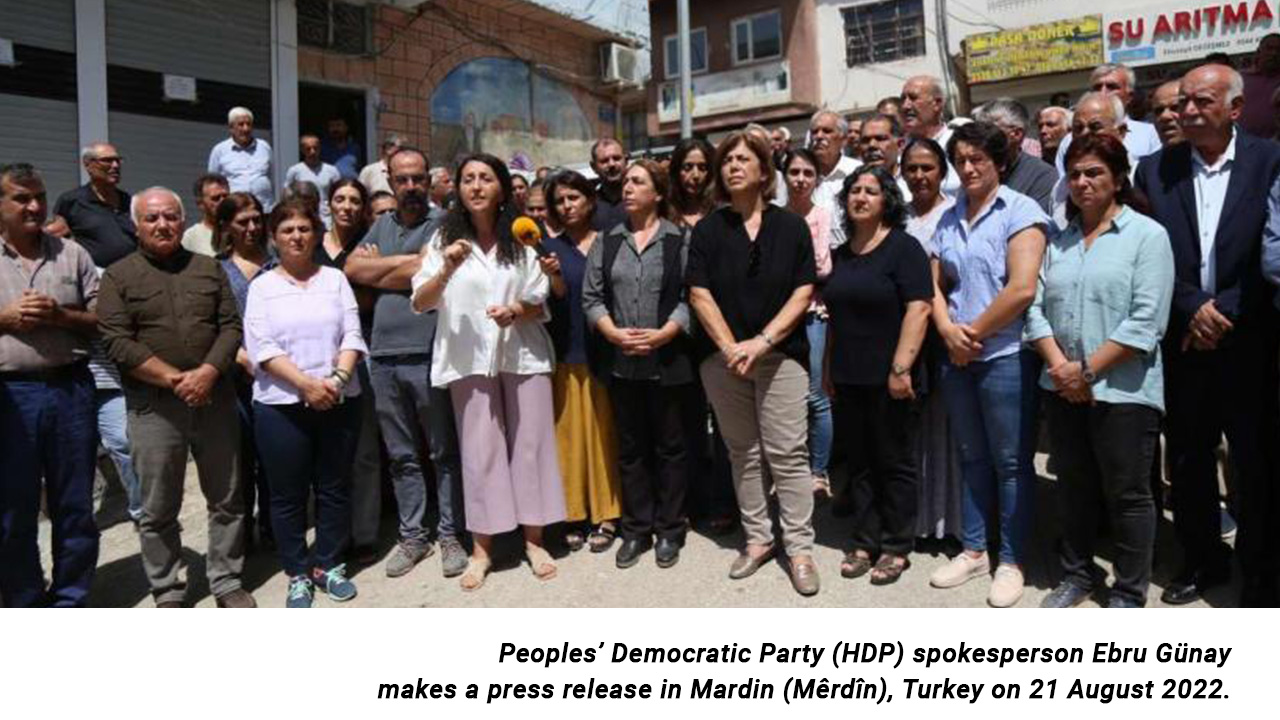 Günay said the single-carriageway road in Derik was already unsuitable for the heavy traffic of lorries, and adding overloaded trucks without extra precautions to the mix had led to disaster.

Cengiz Holding is one of a handful of large conglomerates known for their close links with Turkey’s Justice and Development Party (AKP) government. The company made more than $40 billion between 2002 and 2020 from its work on the AKP’s many mega-projects, such as the new airport in Istanbul and a high-speed Ankara-Istanbul railway.

Critics of the AKP government say it hands out large tenders to companies and businessmen and gives them favoured treatment in exchange for support. In 2018, the left-wing BirGün newspaper estimated that 90 percent of Turkey’s newspapers by circulation numbers were owned by government-linked businesses.

On Monday, a Turkish court imposed a broadcast ban on news of the traffic accident in Derik, citing concerns around “public health, national security, public order, public safety and prevention of crime.”