Yılmaz Yakut or 'Kalo', who'd worked as a distributor of pro-Kurdish publications during the 1990s, was detained, beaten and injured numerous times by state forces and Hizbullah militants in Diyarbakır.

After a legendary distributor of Kurdish publications died, his close friends and relatives recalled his persistence and bravery in a period full of horrors during Turkey’s 90s.

Yılmaz Yakut, who died of cancer on Sunday, was known fondly to many people around him as ‘Kalo’. He had worked as the distributor of pro-Kurdish publications such as the legendary daily Özgür Gündem and the weekly Azadiya Welat at the height of what was known as the ‘Dirty War’, during the 90s in Turkey’s Kurdish-majority city of Diyarbakır (Amed).

Between the years of 1992 and 1994 alone, eight reporters and writers and 19 distributor of Özgür Gündem were killed by state forces and by Hizbullah militants who served as proxy gangs in the operations of the Gendarmerie Intelligence and Counter-terror Organisation (JİTEM).

Özgür Gündem and the people working for it were targeted by the state merely for reporting on the facts and stories that the media outlets in Istanbul most of the time either chose to ignore, leave unreported or distort, to keep the situation in the Kurdish-majority provinces concealed from the general public. 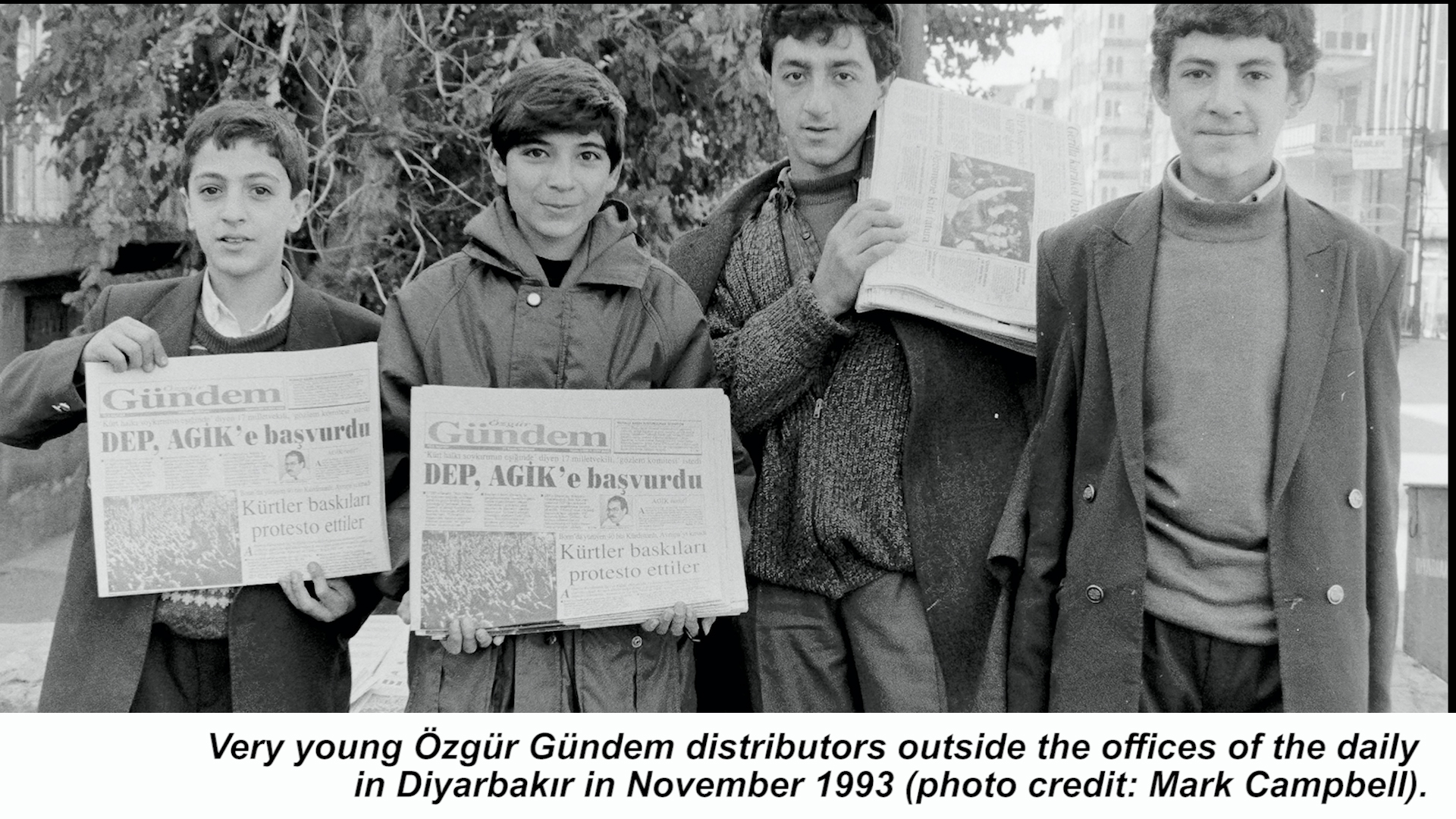 So for distributors like Kalo, every new day on the job meant new perils; possible abduction, mutilation and possible death.

Speaking to Mezopotamya News Agency, Abdülselam Bayram, a close friend of Yılmaz Yakut and another newspaper distributor at the time, explained how Yakut used to hide the publications under a layer of sunflower seeds to conceal them from the spying eyes of the state forces.

Bayram recalled his friend’s persistence, saying, “He never held back. The day after he was detained, he was out on the field again. They tortured him, and the next day he was back again.”

He also recalled him being taken into hospital for treatment after he was subjected to police torture in 1997.

Another friend, Zafer Türün said: “He was stabbed so many times. In one instance in Sur, he was attacked and stabbed by Hizbullah militants.”

Brother Mehmet Nuri Yakut, who was only a small kid at the time his elder brothers started distributing publications in 1989, recalled a turning point when two of them went on a distribution tour.

“One day, when they went on a distribution tour, they were attacked by the police. Their revolutionary sentiments peaked after that attack. They started struggling not for money this time, but only to deliver the newspapers to the readers.”