Kurdish woman faces deportation from Sweden due to her ‘political activism’

Zozan Büyük, who lives in Sweden with her two children, faces deportation from the country after a ‘security investigation’ was initiated by Swedish authorities. All objections regarding her deportation were rejected. Zozan is due to be deported in 18 days time, reports Özgür Politika.

Zozan Büyük (30), who lives in Örebro, Sweden, is due to be deported from the country after a ‘security investigation’ was conducted by the Swedish Security Police (Säpo). “We are caught in the middle of hypocritical politics. I am asked to leave the country, leave behind my children and my husband”, she said. She stated that she will apply to the European Court of Human Rights (ECHR) to reverse the deportation order.

Zozan Büyük is a Kurdish woman who migrated with her family from Midyad district in Turkey’s Kurdish-majority province of Mardin (Mêrdîn) to Belgium in 1999. She lived in Belgium as a Belgian citizen until she married Veysi Ari (35), a Swedish citizen, in 2015. Since then, Büyük has been living in Sweden. 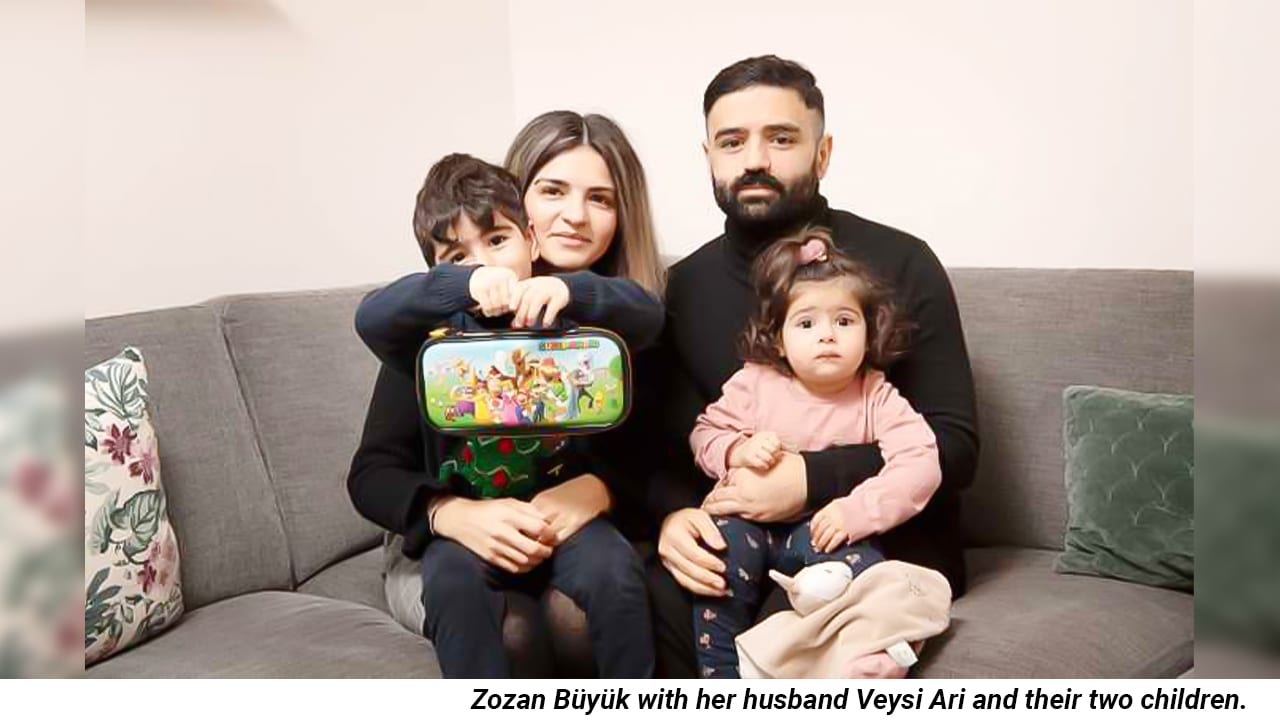 However, after the security investigation was conducted by the Swedish Security Police (Säpo), the Immigration High Court (Migration Överdomstolen) approved the deportation decision on 26 January. Büyük was asked to leave the country within a month. She has only 18 days left.

Büyük’s political activism reportedly has become the basis upon which a deportation decision was made. “I was asked about the democratic demonstrations that I participated in. The peace protests I joined in, which criticised the attacks that took place in Rojava, were used as the grounds upon which my deportation is taking place”, she said.

Her social media posts about the Peoples Democratic Party’s (HDP) former Co-Chair Selahattin Demirtaş, based in Turkey, were also presented as an element of ‘crime’ and the Swedish authorities questioned her regarding the nature of her support for the HDP and Demirtaş, Büyük stated.

Büyük: ‘I cannot remain silent regarding the situation of the people in Kurdistan’

“They also asked me why I participated in the press statements and democratic demonstrations that were organized after the arrest of the HDP MPs in Turkey. They asked about the relationship between the Democratic Regions Party (BDP) and the HDP: they especially focused on the BDP, even though I had not a single post related to the BDP”, she stated.

“I said in my statement to the Swedish authorities that I cannot remain silent regarding the situation of the people in Kurdistan. I stated that the Kurdish parties are struggling to attain peace: they are struggling to acheive a solution to the Kurdish problem. If it is a crime to demand these things, Säpo should explicitly state if it believes that it is a crime to defend democratic Kurdish parties”.

AANES: US ground forces join fighting against ISIS in Haseke

More than half the people of Turkey would prefer to live abroad, according to survey