Kurdish organisations call for a new struggle against oppressive forces

Following the arrests of 17 former Peoples’ Democratic Party (HDP) Executive Board members and politicians in recent days, the crackdown on dissenters continues in Turkey.

The Democratic Society Congress (DTK), the Free Women’s Movement (TJA), the Democratic Regions Party (DBP) and the HDP have made a common statement in Diyarbakır, Turkey, and launched a new struggle against the government’s oppressive policies.

The war spread across Turkey

The statement highlights the assaults against Kurdish people and democracy in Turkey in recent months:

“The current representative of historical evil is the alliance bloc of the Justice and Development Party (AKP) and Nationalist Movement Party (MHP). This bloc tries to suppress dissent in Turkey and Kurdistan. The war against the demands for the freedom and equality of Kurdish people has spread across Turkey in many respects. This bloc’s suppression policy against Kurdish people and democratic forces has turned into a political, cultural and ecological slaughter in Kurdistan. It has also turned into a policy of oppressing and suppressing all opposition in Turkey, especially workers and women”. 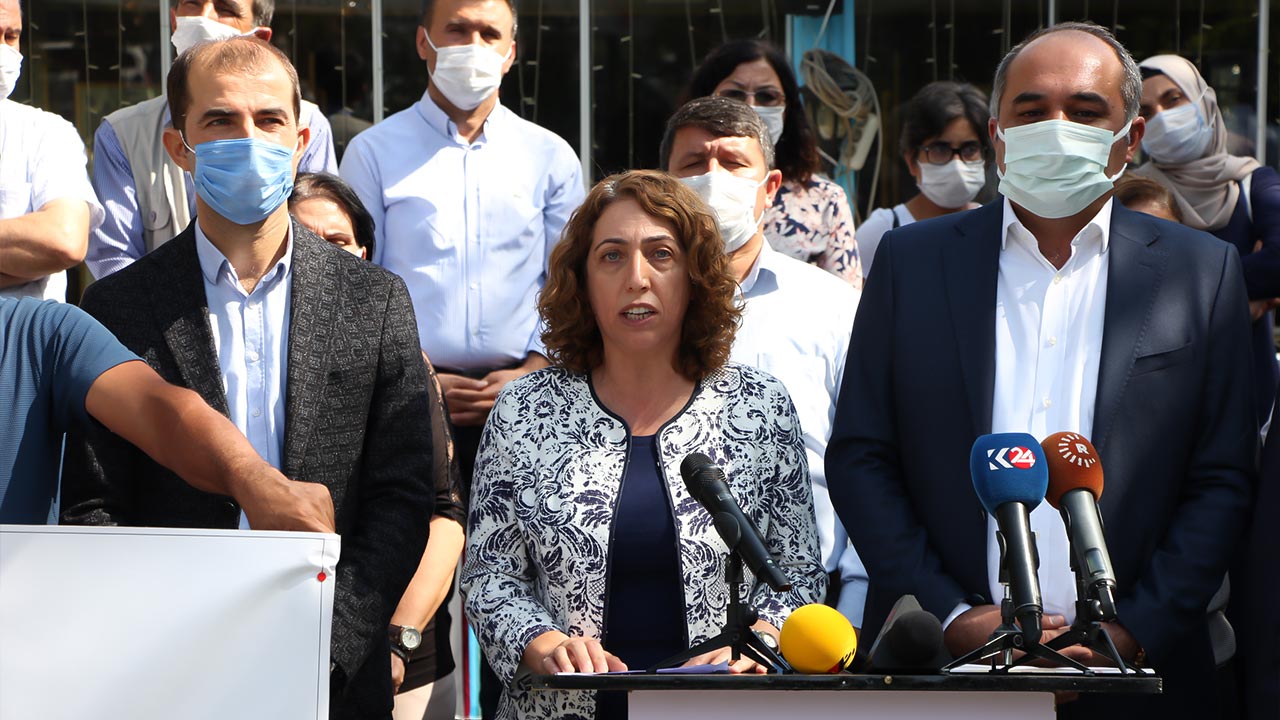 The statement goes on to declare that the AKP-MHP alliance acts like a war cabinet, escalating violence both inside and outside of Turkey.

The statement draws attention to the systematic torture of Kurdish people, which has recently soared, and accuses the bloc of intentionally increasing polarisation in society. It also points to the spread of injustice and unlawfulness in İmralı, and demands that the isolation of Abdullah Öcalan is stopped.

The statement has criticises the war policies of the AKP-MHP alliance and claims that the bloc spent political, social and economic sources on war, leading to a poorer society.

Lastly, the statement calls for the populations of Turkey and Kurdistan to support the struggle for peace, democracy and freedom

Öcalan banned from meeting his lawyers for six months

The foundries of Çukurova in Turkey

Kurdish organisations call for a new struggle against oppressive forces

Öcalan banned from meeting his lawyers for six months

The foundries of Çukurova in Turkey