Units of the Iraqi army and PUK Peshmergas were dispatched to the area around the Khor Mor gas field on Saturday after it was targeted for the third time in as many days.

A gas field in Sulaymaniyah province in the Kurdistan Region of Iraq (KRI), was targeted in a rocket attack on Saturday for the third time in a row.

The Khor Mor gas field in Chamchamal district, operated by the United Arab Emirates-based Dana Gas, was previously targeted in rocket attacks on Thursday and Friday, though no damage was reported.

No group has so far claimed responsibility for the attacks.

Iraqi forces launched a military operation within the borders of the Khor Mor gas field earlier on Saturday, according to a report by PUKmedia, a media outlet of the Patriotic Union of Kurdistan (PUK), the ruling political party in Sulaymaniyah.

A source from Iraqi Joint Operations Command (JOC) told PUKmedia that the operation is aimed at clearing those areas that lie under the control of federal forces, and that Peshmerga forces were not participating in the operation. 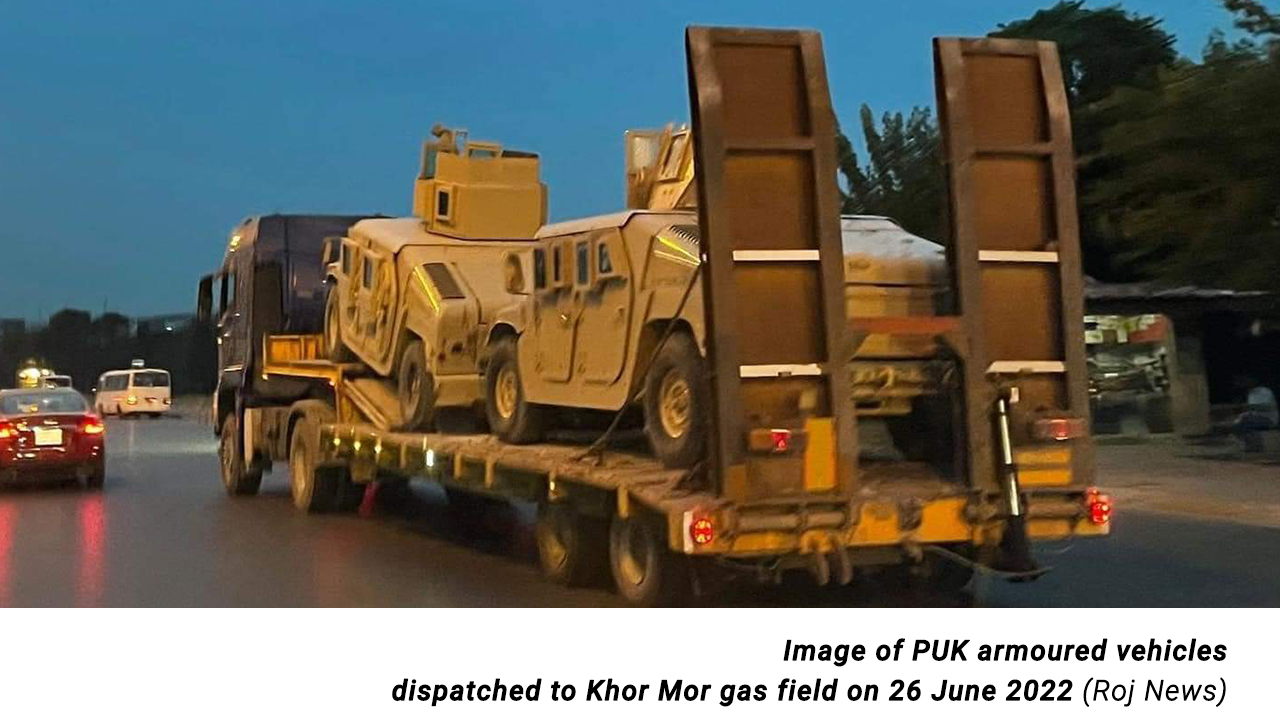 Roj News reported later on Saturday, however, that PUK Peshmerga forces were deployed in the area around the gas field. Roj News released images of armoured vehicles dispatched to the area.

Qubad Talabani, deputy prime minister of the KRI, visited the Khor Mor gas field on Saturday and said that Erbil (Hewler) would work together with Baghdad to try an prevent attacks.

Talabani was accompanied by the Kurdistan Regional Government’s (KRG) minister of Peshmerga Affairs Soresh Ismail and the acting Minister of Natural Resources Kamal Mohammed Salih during his visit.