According to a recent report by the Iraqi Kurdistan branch of Community Peacemaker Teams, five civilians were killed in Turkish attacks in one month in KRI, and a village was directly targeted by Turkish shelling that resulted in injuries.

The Community Peacemaker Teams (CPT), an international NGO that supports efforts for peace in conflict areas, said in its report on Thursday that five civilians were killed and 15 injured in Turkey’s attacks into Kurdistan Region of Iraq (KRI) in a period of one month between 21 May and 21 June.

The report also noted that within the first week of the military campaign ‘Claw-Lock’, launched on 17 April, Turkish forces set up four new bases in the region, two in Avasin and two in Zap, and the construction of a fifth in Kurazharo mountain range near Shiladze was in progress.

“The Turkish military has also developed a network of roads connecting the military bases and Turkish territory to facilitate resupply and reinforcement and strengthen their matrix of control over the occupied areas. From the mountain emplacements, Turkish artillery began firing on civilians living in and working on the agricultural lands in the valleys. On 15 and 17 June, in the border regions, Turkish soldiers wounded five civilians in two villages by firing at them from their bases.”

The village of Parakhe targeted directly

53-year-old farmer Nazir Omer and his son, 24-year-old Mohammad, were among the injured in Turkish artillery fire whilst working in the family orchard near the village of Parakhe. 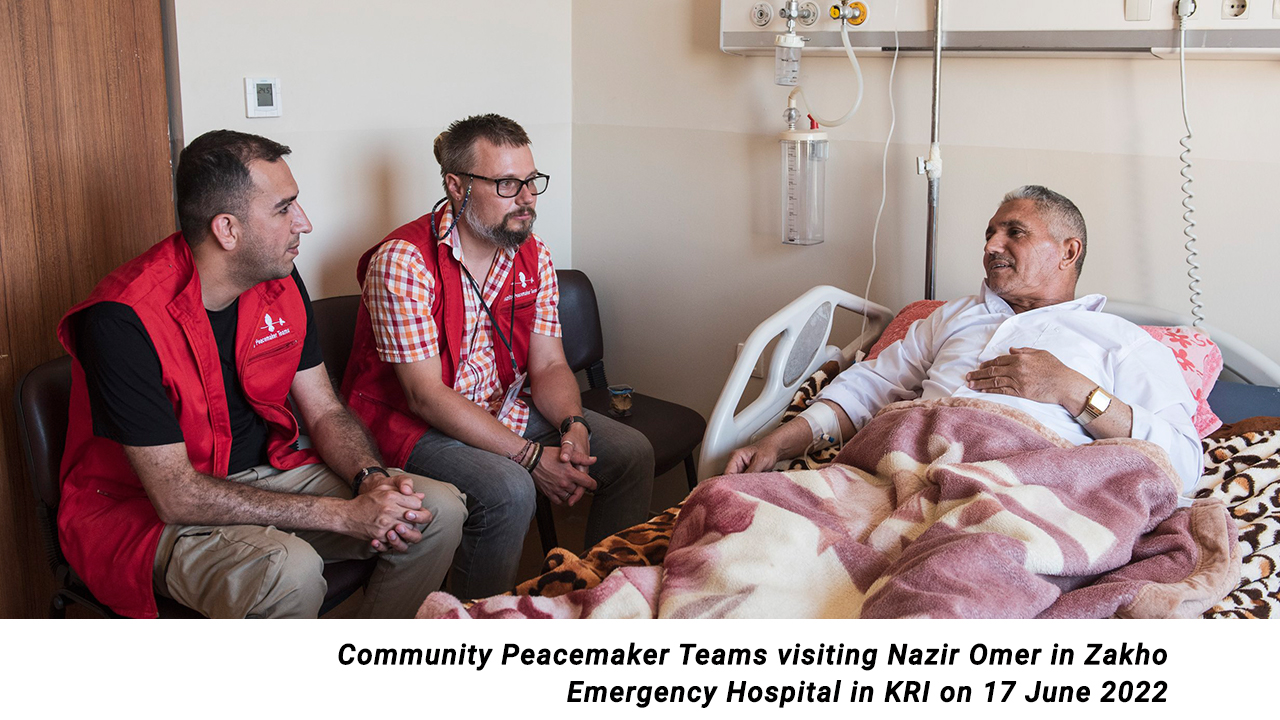 Nazir Omer told CPT that back in October 2021, as many as 150 Turkish troops stormed Parakhe, and warned residents that if they collaborated with the Kurdistan Workers’ Party (PKK), the village would be targeted by the artillery.

While the residents of Parakhe say that PKK fighters do not operate in the village, they report having heard shells land twice around the village in the months preceding the recent attack.

“The shelling on 15 June was the first bombardment to target the village directly,’ observes the report, adding:

“In addition to committing a war crime by directly targeting civilians, CPT-IK fears that the Turkish military intends to pressure Parakhe villagers into abandoning their homes and lands creating a landscape ‘cleansed’ of the civilian population around Turkish military bases. This practice has been observed in areas adjacent to dozens of bases throughout the border regions. Such forced civilian displacements and restrictions on access to livelihood are breaches of international humanitarian law.”

According to the report, five civilians, three children among them, were killed in Turkish attacks between 21 May and 21 June, and 15 were injured.

The report states that two of the civilian fatalities were 43-year-old Aram Haji Kaka Khan and his 50-year-old brother-in-law Ismaeel Ibraheem, killed in a drone strike on 21 May in the village of Tutaqal, 140 km south of the Iraqi-Turkish border.

On 26 May, a field near the town of Bamarni in the district of Amedi was hit by mortar shells as a group of children were playing football in the field. 13-year-old Yousif Kovan and 11-year-old Avand Hishyar were killed. Eight-year-old Sipan Farhad was severely injured.

12-year-old Salih Khdir was killed on 15 June in the Yazidi town of Sinune, Sinjar (Shengal), in a drone strike, while helping his father in the family-owned bookstore.