Killed 25 years ago while in police custody, still no justice for Hanım Eren

25 years have passed since Hanım Eren, a mother of six, was detained in Turkey’s eastern province of Şırnak (Şirnex) and killed while in police custody. Yet her family’s search for justice has not ended as the perpetrators responsible for Hanım Eren’s killings have still not been brought to justice, Mesopotamia Agency reports.

Hanım Eren was a mother of six children when she was detained in 1996 in the Barbaros village of Şırnak’s Silopi district. Since then she has been one of the symbolic names of the dirty pages of the history of the murders under police custody in Turkey. 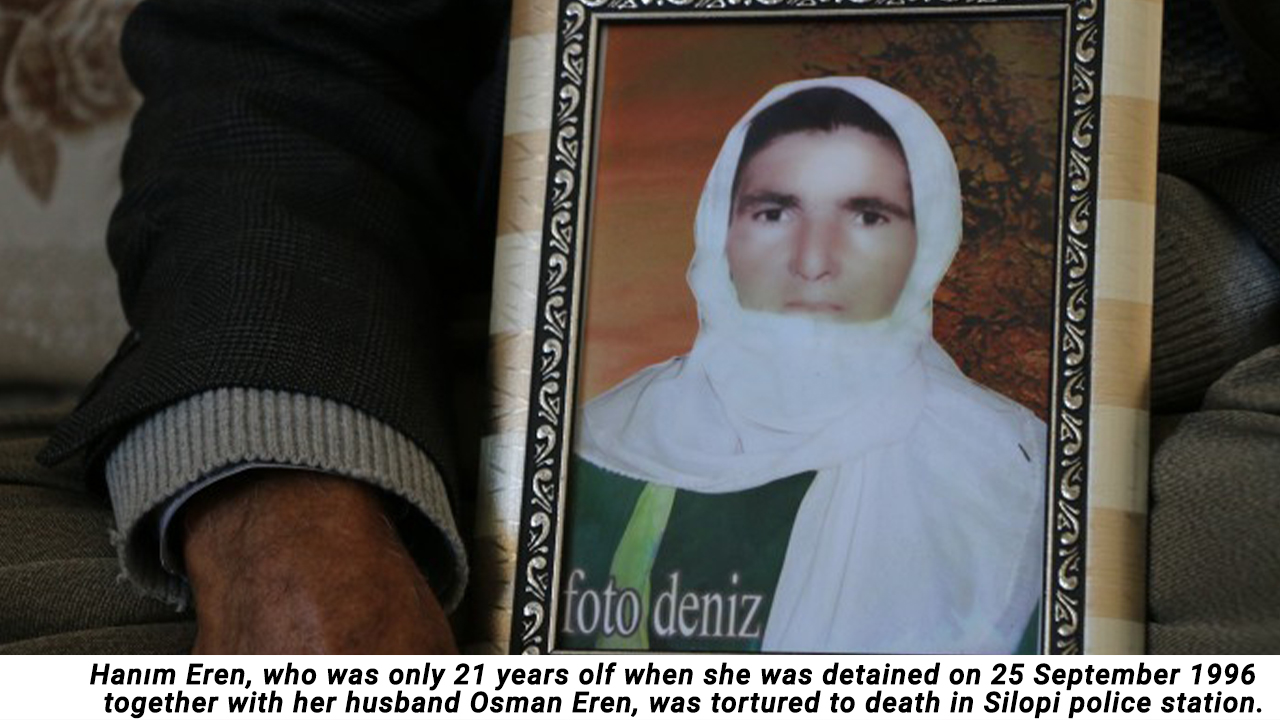 Hanım Eren, who was only 21 years old when she was detained on 25 September 1996 together with her husband Osman Eren, was tortured to death in Silopi police station.

After her death, in an attempt to cover up the killing of Hanım Eren and to protect the perpetrators..the authorities claimed that she had “committed suicide”.

Nobody, not one single officer that took part in Hanım Eren’s detention, torture and death has been brought to justice in 25 years.

“Your wife committed no crime. She was carrying goods for the PKK (Kurdistan Worker’s Party) members. If she would have talked, we could catch a lot of people. But she didn’t talk and she committed suicide.” These are the words of the police officers as quoted by Osman Eren, the husband of Hanım Eren.

Marks of torture on her body

“We have never believed that she killed herself,” Osman Eren said. 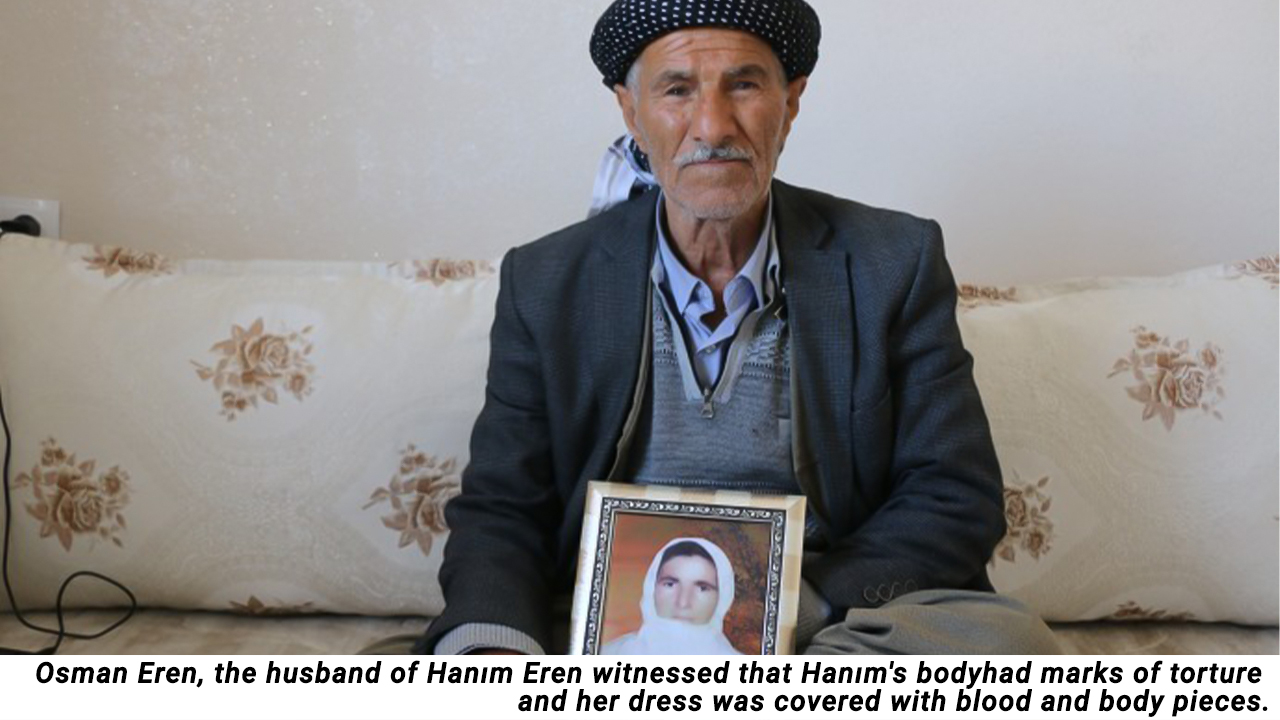 Recalling the time he and his wife Hanım Eren were detained, Osman Eren said: “One morning they took us to a police station. We remained in detention for three days, after which they took her (Hanım Eren) and I would never see her again. A commander told me: ‘Your wife hanged herself the other night. We took her to the hospital, but we couldn’t save her. We sent her body to Diyarbakır’.”

“What more can I say? They killed her and sent her body to Diyarbakir (Amed). We collected her body and buried her here. She had marks of torture on her throat. Her dress was covered with blood and body pieces,” Osman Eren said.

Osman Eren: They tortured me with cold water and electricity

The police also surrounded the home of the Eren family before the funeral of Hanım Eren.

The police officers threatened Osman Eren with death after the funeral.

“Three days after my wife’s funeral, I went to the police station. The police there threatened me. ‘Leave these place, or you will die. Go to Iraq.’ they told me,” Osman Eren said.

Osman Eren was detained 13 times between the years 1989 and 1990. He still remembers the details of the torture he was subjected to.

“I was naked and hung to the wall by my hands. They were torturing me with cold water and electricity. I will never forget those days. Everybody needs justice. This state owes me justice and peace. I have been waiting for justice for 25 years,” Osman Eren shared as his final message.