Kılıçdaroğlu made Roboski an isolated incident

As part of his effort to ‘make things right’ with communities in Turkey that have faced crimes against them at the hands of the state, [opposition] Republican People’s Party (CHP) leader Kılıçdaroğlu visited the village of Roboski. Even though attention for the Roboski massacre is always good, a closer look paints a grimmer picture. 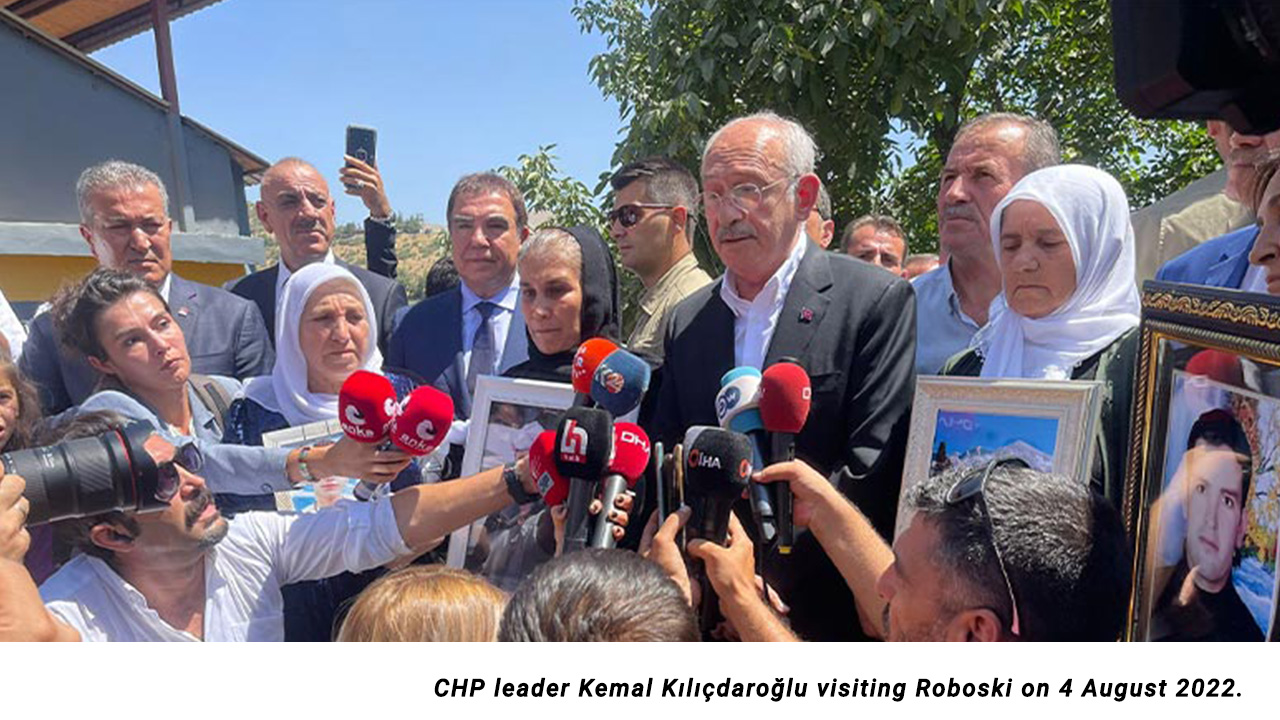 The Roboski massacre happened on 28 December 2011. Thirty-four villagers, of whom 19 were juveniles, were killed when Turkey bombed their group as they were about to re-enter Turkey with the goods (cigarettes, petrol, tea) they had picked up in Kurdistan in Iraq. Border trade, or smuggling, had been a way to make a living there for decades.

The Turkish government of Recep Tayyip Erdoğan and its media framed the villagers as ‘PKK auxiliaries’, which equals ‘terrorists’ in the eyes of the public. In reality, some of the victims’ families were auxiliaries not of the PKK but of the Turkish army, as many of them were members of the village guards, the state-paid and -armed organisation that helps the army in its war against the PKK.

Roboski was not an accident, as the government eventually conceded, it was a deliberate act. Weeks earlier, in October 2011, the PKK had carried out a major attack on an army base in which more than 20 soldiers had died, and the state needed to ‘take revenge’. The Roboski massacre was that revenge. No PKK member was killed, but that didn’t matter. If there had been a PKK member in the group of smugglers (it’s whispered that the state expected to kill top commander Bahoz Erdal), the state could have celebrated it as a victory. When it turned out only civilians died, they turned it into a victory against the PKK by framing the victims as PKK helpers. 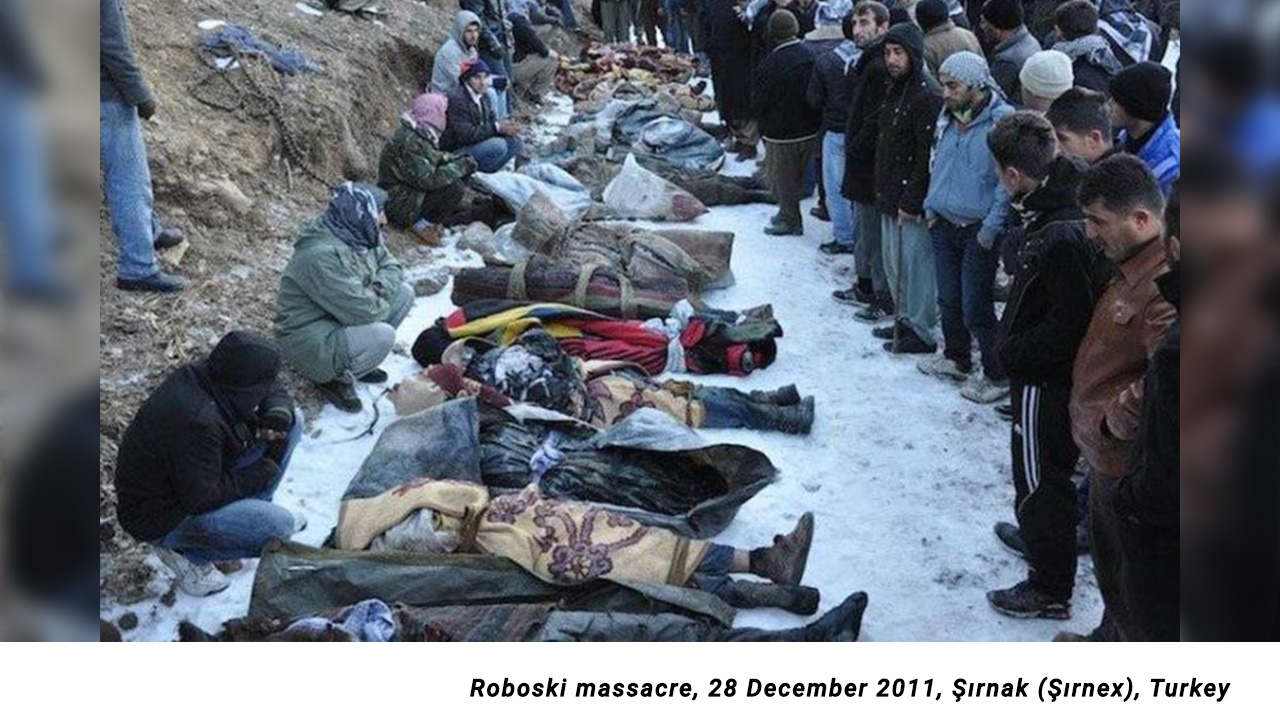 There has been a parliamentary investigation into the massacre, but the commission carrying it out was dominated by [the ruling] Justice and Development Party (AKP) MPs, and basically concluded that the 34 victims were ‘killed by planes’. The families of the victims have tried for years to take those responsible to court, but since 2018, the case is in a deadlock. Because of a (never clarified) mistake by one of the lawyers, the European Court of Human Rights rejected the case. It can only be revived when evidence emerges that sheds new light, and nobody expects that to happen.

But is all the evidence indeed on the table? Surely not: there must be people (formerly) in the army who have intelligence that could help the case forward. What if Kılıçdaroğlu were to call for people who know anything, however small, about the massacre that hasn’t surfaced yet, to step forward? What if he used the respect that (part of) the Turkish army historically has for the CHP and called on anybody within the armed forces with remorse to step forward, anonymously if necessary? The chance is tiny, but even a tiny chance must be taken and this could provide a lead, especially after all the changes the army has gone through since the coup attempt in 2016.

But there is more. the Roboski massacre was eleven years ago. Is that how many years must pass before a state crime gets the lukewarm attention of the leader of the biggest (so-called) opposition party? By not visiting the many other places where the state has killed its citizens since, Kılıçdaroğlu renders the Roboski massacre an isolated case of injustice, whereas in fact, the whole Kurdish issue manifested itself in those few square kilometres. The dynamics that lead to that massacre have repeated themselves elsewhere in Kurdistan several times.

In Kobani in 2014 for example, when ISIS tried to occupy the city after it gained strength with Turkey’s assistance. In Sur and in Cizre, where in early 2016 city wars raged and many civilians were killed in the disproportionate use of state violence. In the mountains across the border in the Kurdistan Region of Iraq, where the Turkish army has killed more than a hundred civilians since 2015. In Sinjar (Şengal), the homeland of the Yazidis in northwest Iraq, where the Turkish army continues to target both civilians and members of the Yazidi self-defence forces. In the areas Turkey occupies in Syria, where large-scale human rights violations take place. 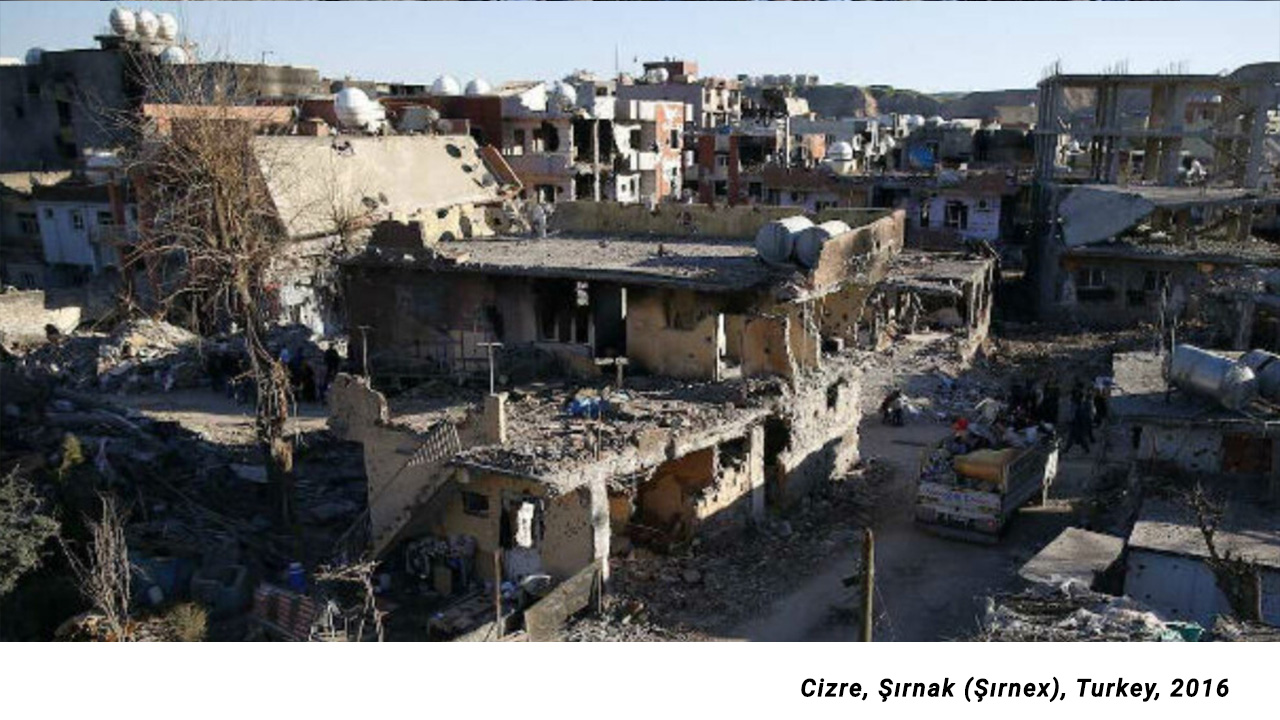 You can say you want to ‘make things right’ with citizens who have been crushed by the state, but it remains lip service when you only focus on the past and not on the present – they are inextricably connected. You may say that currently it is politically impossible for Kılıçdaroğlu to visit those places and you may be right. But then what is the point of going to Roboski without even reflecting on the CHP’s historical responsibility? If even that is impossible in the current political dynamics, where Kılıçdaroğlu has to keep together a nationalist alliance of six parties with which he wants to beat the AKP/MHP alliance in next year’s elections, doesn’t he have other, internal work to do before showing up in Roboski?

Being there is just not enough.