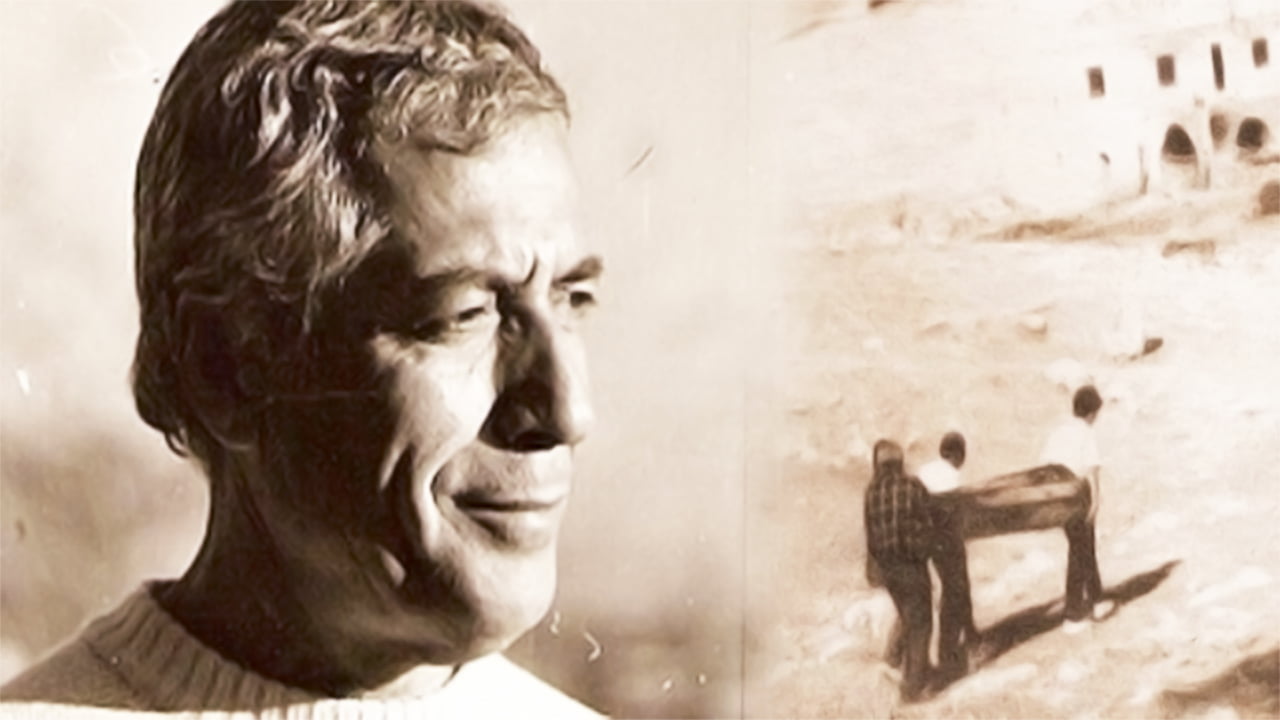 ‘Killed, but not dead’

Journalists struggling for a free media alongside millions of Kurds have been commemorating the one-hundredth anniversary of the birth of prominent Kurdish intellectual, Musa Anter. Musa Anter was a much-respected writer and journalist who dedicated his life to the freedom struggle of his people. He was assassinated in Turkey by the notorious intelligence agency ‘Jandarma İstihbarat ve Terörle Mücadele’ (JİTEM – Gendarmerie Intelligence and Anti-Terrorism Unit).

Born in 1920 in the southeastern province of Mardin in Turkey, Musa Anter was raised, as he noted in My Memories, within the “poorest commune of the most distressed district of the most backward province. The Kurdish language was banned inside and outside” his city and “if anyone was caught speaking Kurdish, they were fined 1 TL for each word spoken”.

Suffering from difficulties arising from the prohibition of speaking in his mother tongue, Anter turned out to be a passionate writer and an intellectual ‘with a cause’, who encouraged the use of the Kurdish language in his journalistic and literary work. 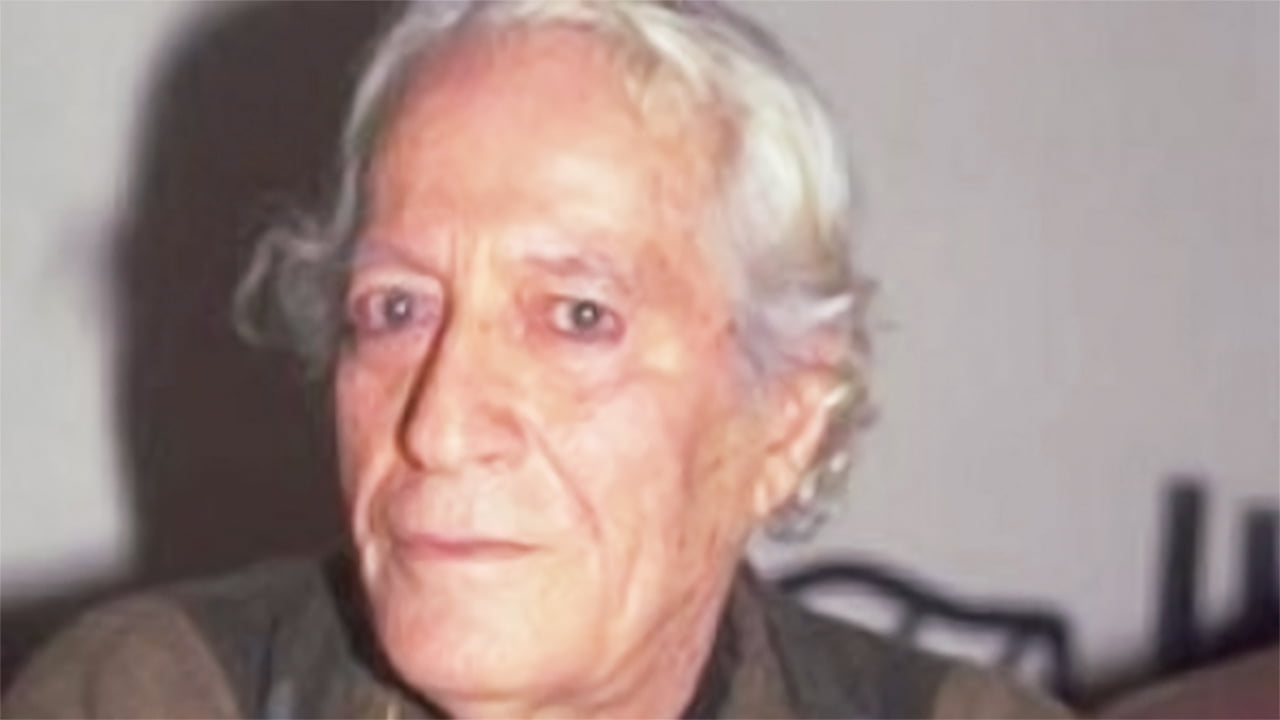 Because of a poem he wrote in Kurdish in a newspaper, Anter was detained for “Kurdish activities” in 1959 when he was charged with the death penalty. He was imprisoned in 1963, sent to exile in 1967 and detained again in the 1971 and 1980 military coups. Faced with trials over a forty year period, he spent over a decade behind bars. Anter wrote six books as well as a Kurdish-Turkish dictionary. Amongst his political achievements, he was a founding member of the People’s Labour Party and the chairman of the Kurdish Institute in Istanbul and the Mezopotamya Culture Centre.

He was assassinated on 20 September 1992 in Diyarbakır whilst visiting a cultural festival. Although he knew his commitment to the Kurdish cause would cost him his life, Anter never gave up his cause. Such dedication led to him being affectionately called ‘Apê Musa’ (meaning ‘Uncle Musa’).

Anter is well known today by people in Turkey and worldwide who are committed towards defending human rights and a free media. He is affectionately remembered by Kurds and Kurdish journalists who remain inspired by his philosophy and ethical attitude towards journalism. MedyaNews contacted prominent Kurdish journalists in Turkey for their views of Anter.

“Contrary to what his killers intended, his voice lives on and his impact on Kurdish journalists continues to this day. In this sense, Apê Musa was not killed, his existence is still felt”, said İrfan Aktan, a leading journalist and writer based in Ankara, who currently writes for Express, Al Monitor and Gazete Duvar. 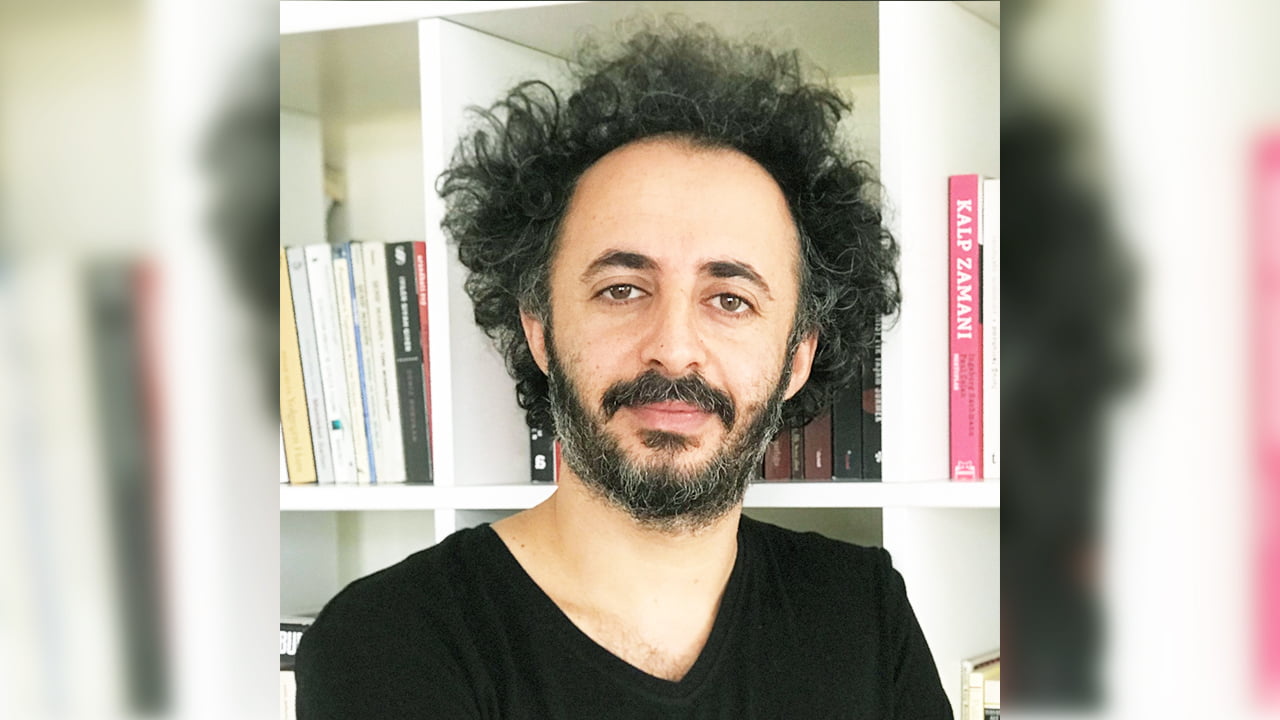 Having read Musa Anter’s book Brina Reş (Dark Wound) early in life, Aktan said he is just one of the “thousands of Kurdish youngsters who have been touched by his words and feel so close to him, just like an uncle. Musa Anter is accepted and commemorated as a family member in our families. We do not feel Anter as part of a distant past”.
Whenever he thinks of Anter, Aktan recalls a particular photograph he saw as a child. “It was a photo cut from a newspaper, showing the coffin of Musa Anter carried by a few people, in such a deserted atmosphere. My father hung that picture on our wall. It showed that they wanted such an important figure for millions of Kurds to be left on their own, even during his funeral”. Aktan noted that in the 1990’s, the victims of unsolved murders, especially after the murder of Vedat Aydın, “could not be bid farewell in crowded funerals as there were serious prohibitions on gatherings”.

As aspects of the conspiracy to murder Anter have been revealed over the years, the trial of Musa Anter’s killing was linked in 2014 with the Main Trial of JITEM, in which 18 defendants were held responsible for murdering 13 individuals, one of whom was Anter. “I was detained and tortured whilst attempting to go to Musa Anter’s murder scene”, testified journalist Ferit Aslan in a 2019 hearing. Even though the course of the trials into ‘unsolved murders’ during the 1990’s uncovered many shocking crimes and acts committed by the National Intelligence Service, Ankara Police Commissioner, Gendarmerie Brigadier General and Police Intelligence Unit, no perpetrators have been brought to justice.

Is it possible that justice for Musa Anter will ever be achieved? “Justice is not for the murdered”, Aktan noted, “but for the living. People who were supposed to be protected by the state but who were not protected by the state cannot attain justice, but if Anter’s perpetrators do not get away with impunity, then the living will attain justice”. However, it is not possible to state that “a justice mechanism is operating in the Musa Anter case. It does not seem likely that Turkey has a political culture that will enable it to confront its past”.

Aktan believes that Anter was a sage “with his maturity and wisdom, standing behind his own words, knowing where he came from and where he was about to go. Kurds use the term ‘Ap’ to those who act fairly. The adjective ‘Ape’, therefore, fits Musa Anter quite well. All his writings and all his speeches reflect his maturity. He is a symbol. Like Celalet Bedir Khan, he was the voice of Kurds. That’s why he was murdered and also became a flag for Kurds”.

‘We are the children of the martyrs of the free press’

“I especially commemorate Apê Musa and Gurbeteli Ersöz with respect”, said Ms. Medya Uren, a journalist working for Jin News, established in the Kurdish majority province of Diyarbakır. She adds: “These martyrs of the free press have endured a struggle for a just cause for their identity and their people and we are the children of that cause. Their personality and struggle has always been a source of strength for us”. Uren refers to Gurbetelli Ersoz, Deniz Firatan and Musa Anter as people who walked along “the path of truth”. 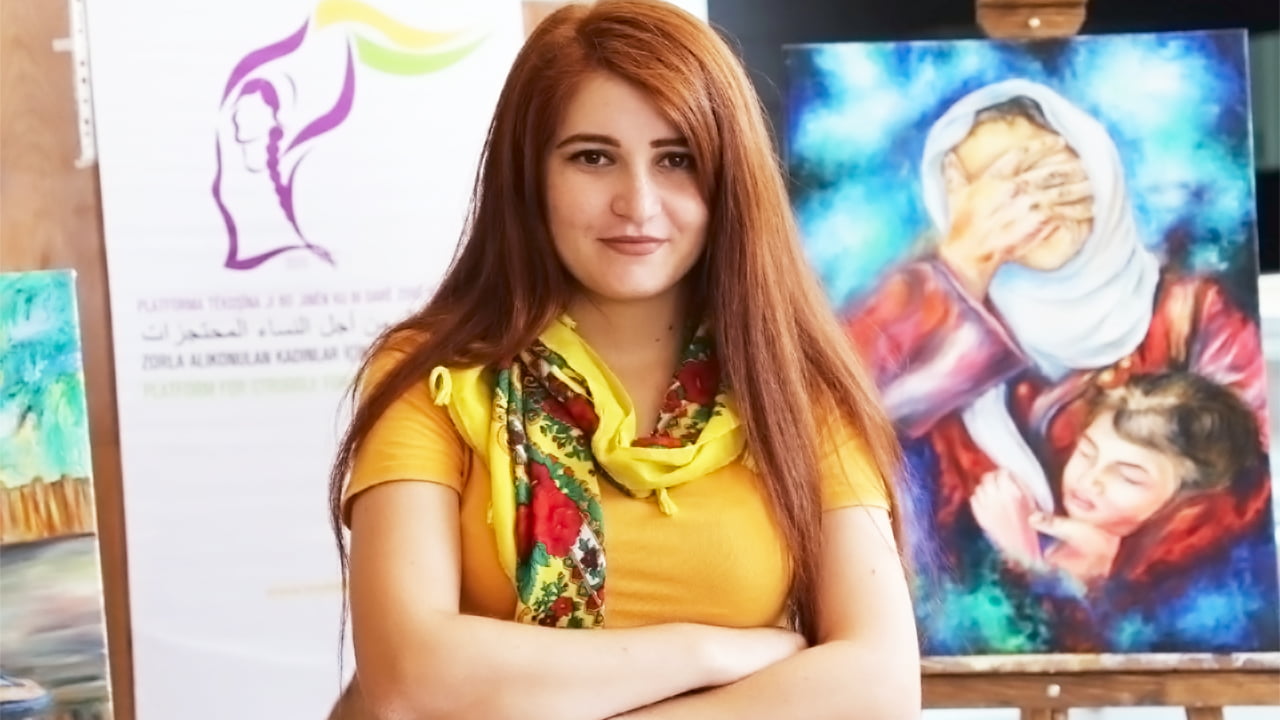 Uren files news reports in Kurdish and she was the recipient of the 2020 Musa Anter Journalism Prize for “Best News in Kurdish” (for her striking report: “We have obtained the letter from I.E. who was raped by a specialist sergeant”). “Jin” means “woman” in Kurdish and Jin News has been a unique example of female-oriented journalism since 2017. “The free press struggle, as well as anti-sexism and anti-racism” are the principles Kurdish Jin News women journalists abide by, noted Uren. “We see the global struggle of women against racist attacks stretching from Iran to the United States. Communicating this struggle to the public and being their voice is very important. At Jin News, which was founded in Kurdistan, we try to decipher the male violence perpetrated by the state. We will never close our eyes to violence and harassment against women”.

Journalists trying to achieve these goals in Turkey “have been certainly under a lot of pressure and oppression, but they always put up a great struggle against these attacks. All these efforts follow the trail of the martyrs and we still hold onto their struggles and contributions as part of a continuation of that culture. We are aware of the legacy of the past. We will follow their path and try to carry on their legacy in a worthy manner. We will show how to give rebirth to the martyrs with the children of this cause. We will strive to approach the truth against the darkness”.

“The truth calls out to us. What Apê Musa did was to carry the voice of truth”

Erdoğan Alayumat, a journalist working for Mezopotamya Agency (MA), who was awarded the 2020 Musa Anter Journalism Prize with his special report on ‘Kilyos Cemetery’ observes that “Apê Musa spent a great deal of his life in prisons and was tortured for the sake of the Kurdish struggle. For everybody working in the Kurdish media, he is a mentor. 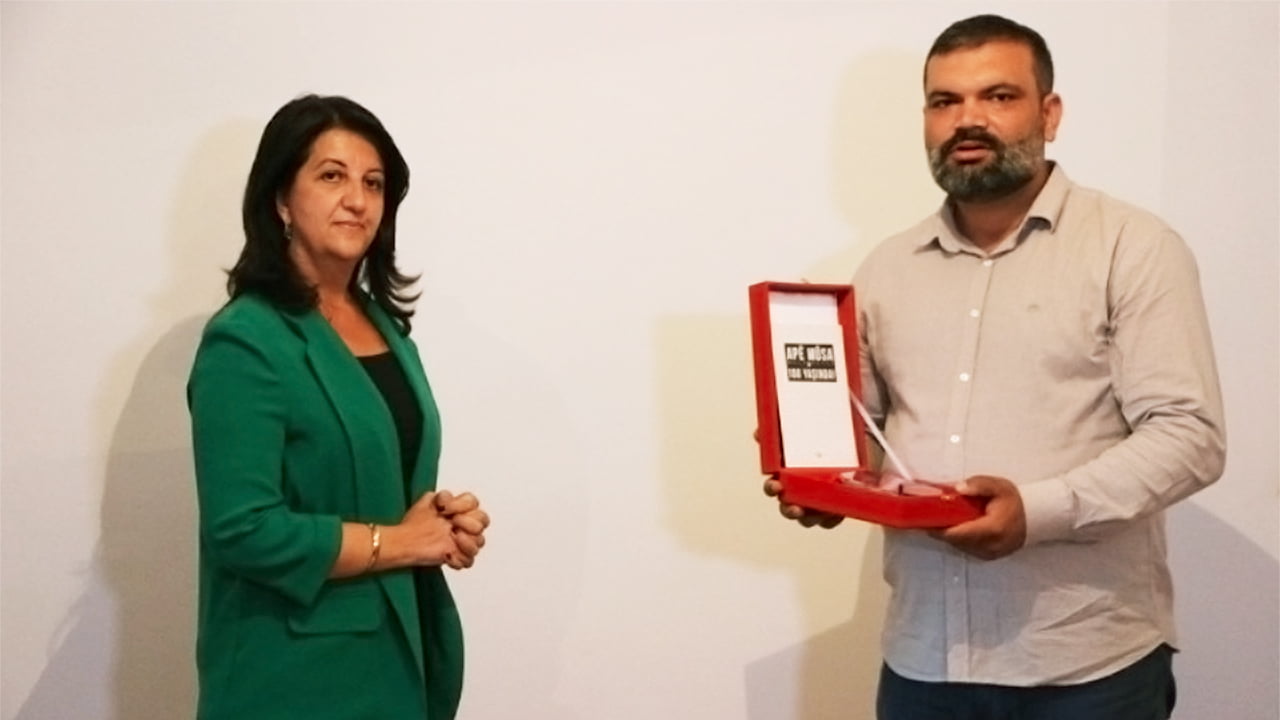 “He is the manifestation of free media. They killed him because they wanted to end the Kurdish struggle, yet they couldn’t achieve this goal. Thousands of young journalists have taken over his pen and advance towards the most crucial news”, noted Alayumat. “The mentality that said in 1930 in Ağrı that ‘this is where the imaginary Kurdistan lies’ wanted to realize the same with the deceased in Garzan Cemetery. They buried 261 deceased bodies, kidnapped from Garzan, in the cemetery under the pavements of Kilyos”.

The award Alayumat received symbolically embraces Apê Musa: “The truth calls out to us. What Apê Musa did was to carry the voice of truth. As free media workers, we hear that voice. We are only the followers, the pupils of our ancestor colleagues, who put their own lives in the middle of the fire to uncover the truth. Kurdish media not only reveals, but also flings the truth in the faces of those who aim to conceal it. Read the news articles of the journalists who were given the awards. You will see that they all touch these crucial truths”.

For Alayumat, journalism is not only a profession for many Kurdish journalists: “Some of our parents were killed in unsolved murders. Villages were burned down; they all had a cause to be heard, yet there were no media tools available that could act to be their voices. As a response to this cruelty and pressure, we have taken to the pen to write our own stories; this is exactly what we do. So chasing and uncovering the truth is not just a professional responsibility, it is a responsibility to our own people and humanity”.

The free press: “This tradition gets younger as it gets older”

Charged for his journalistic activities, Turkish judges sent Alayumat to prison in 2017. “To demand peace is a gruelling task in itself”, he notes. “It is impossible to oversee the fact that so many people have been killed in these lands. I simply saw this and reported it. The price for this was one year in prison. This is a medal of honour for me because some people were irritated because of the truths I reported.

“Journalism is anywhere you go; whether it is prison or the street. Therefore, being in prison did not end my commitment as a journalist. Actually, it brought an additional layer of responsibility, because whilst I was in prison, I was at the centre of the news as there are thousands of violations of human rights occurring there”.

To work in the free press, for Alayumat, is “to wear a shirt of fire and a responsibility that millions of people have put on our shoulders”. Noting that the anniversary of the foundation of his agency is the same as the anniversary of the death of Musa Anter, he said: “The tradition of Apê Musa is at the centre of Mezopotamya Agency. Apê Musa is a plane tree of one hundred years and we bloom from the roots of this huge tree. Together with the free press and MA, this tree rejuvenates, refreshes itself. That’s why this tradition gets younger as it gets older”.

Alayumat reminds us that there are still 261 dead bodies under Kilyos pavement, waiting to be reunited with their families: “It is simply the truth buried in concrete. I invite all my colleagues to turn their eyes, their cameras and their souls to the Kilyos Cemetery in Istanbul in order to unearth the truth”.

Objections raised to the suspension of Helin Şen case

Objections raised to the suspension of Helin Şen case