Journalist Meltem Oktay remembers Nusaybin, on the fifth anniversary of the curfews

Journalist Meltem Oktay witnessed severe clashes during the 2016-2018 curfews declared in the Nusaybin (Nisebin) district of Turkey’s southeastern province of Mardin (Mêrdin). In an interview with Mesopotamia Agency, marking the fifth anniversary since the curfews were declared in Nusaybin, she described her experiences.

Eight consecutive curfews were declared in Nusaybin between 14 March 2016 and 21 April 2018 that irreversibly damaged the district and greatly impacted upon the lives of the Kurdish residents. Traces of the demolitions that took place during that period can still be seen everywhere.

More than a hundred people lost their lives and the city was essentially destroyed in the process. The destruction and the trauma the curfews and related ‘clashes’ caused has led to a new psychological concept and term being used in Turkey, called the ‘Nusaybin Syndrome’.

Journalist Meltem Oktay, who reported from Nusaybin during the curfews, was arrested on 12 April and has spent approximately three years in jail. Stating that she was not allowed to enter the city when she first went to Nusaybin, she stated: “It was a process where thousands of people lived around armoured vehicles and tanks, being scanned day and night. I witnessed cruelty and brutality, but I also witnessed a great resistance of the people of Nusaybin”.

‘Self-governance’ was the only demand of the people

After the first curfew/ban was lifted, Oktay said: “It was a process that showed the people really owned this process. ‘Self-governance’ was the demand of the people. This was the only demand of the people actually. The people of Nusaybin did not want to be subjected to the pressures of the state forces anymore. The people engaged in resistance against these attacks, especially the youth. Neighbourhoods were surrounded by barricades. Everyone engaged in the process with great solidarity and a sense of sharing”. 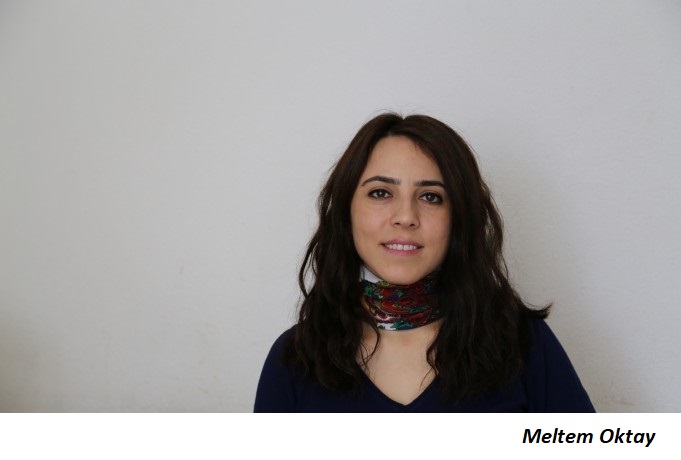 Power plants and water tanks, which provided the basic services meeting the needs of the people, were “deliberately destroyed by the state security forces”, Oktay noted.

“People did not have electricity, water. Sometimes, they did not have supplies in a critical manner, but despite this, there was serious solidarity expressed by the people. By not allowing ambulances to enter the neighbourhoods, many people were also deliberately left to die [by the authorities]. Civilians were described as ‘terrorists’ in the governor’s statements. But these people were like 55-year-old Ahmet Sönmez, and a mother looking after five children, Selamet Yeşilmen,” Oktay added.

‘We cannot continue life normally. Now, they call this the Nusaybin Syndrome’

Oktay noted that Nusaybin was surrounded by all kinds of technical and military forces before the curfew was announced on 14 March 2016. The resistance of the people continued for months. “The attacks continued for days, but the youth in the neighbourhoods were also engaged in resistance against these attacks”, she said.

She witnessed the deaths and injuries of many people dueing this curfew ‘process’. She was greatly affected by the murder of Medeni Orak and Rohat Karakoç in the middle of a street, as a result of gunfire directed from the armoured vehicles of the state.

“Here, resistance was carried out by will power. I had touched many people’s lives and listened to their stories. After all that we have seen, we cannot continue life normally. Now, they call this the ‘Nusaybin Syndrome’. I carry those memories with me. Considering that that the experiences of that period should be written and documented, I began working on a book. Hopefully, I will be able to finish and publish it”, she said.