It’s not relevant what Barzani and Erdoğan discussed, and here’s why 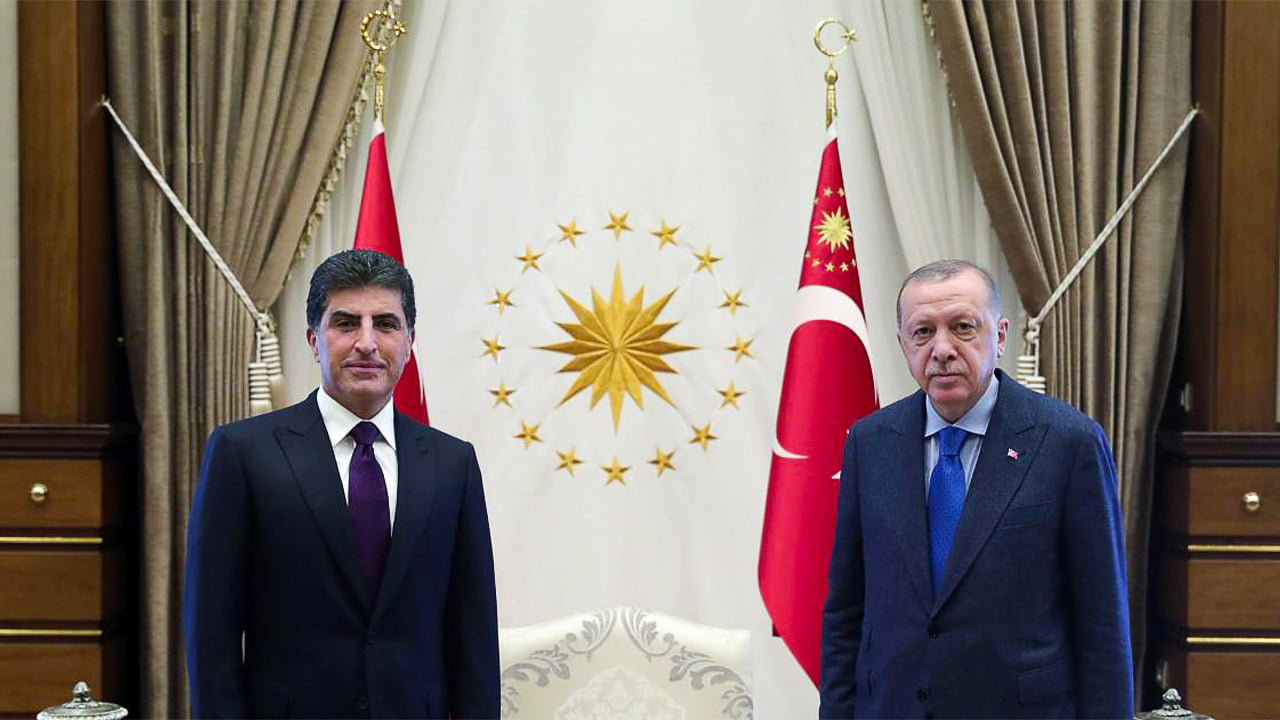 Kurdistan Region President Neçhirvan Barzani visited Ankara. I couldn’t help but think of Ottoman times, when Kurdish clan leaders maintained good relationships with the Sultan in Constantinople, which benefitted both sides to the detriment of the common people.

Many people don’t know – or don’t want to know – that Kurds were autonomous during the centuries that the Kurdish lands were part of the Ottoman empire. Kurdish clans didn’t send their boys to serve in the Ottoman army and they didn’t pay taxes either. In exchange, they defended the rugged border regions of the empire against possible intruders. It was a win-win for both the Kurdish elites and the Ottoman rulers. The first could continue to exploit their subordinates and hold on to their militias to protect their interests in a land full of clans and tribes, while the Ottomans didn’t need to keep a whole contingent of Kurdish leaders, all with their own armed groups, under control.

This balance was distorted regularly by all kinds of developments inside and outside the Empire, but every time, the Kurdish clans and the Sultan managed to find a new balance again within the default setting. This dynamic started to crumble when the Empire was slowly beginning to fall apart. Centralization was supposed to be the antidote against that.

From the 1850’s onwards, the Kurdish lands were gradually and violently taken under Ottoman control. When the time came for Atatürk to take up arms against the occupying western powers after the First World War, the Kurdish clans joined his fight. They expected to get a new deal after the victory. But instead of gaining renewed autonomy, every Kurdish leader who demanded some level of freedom was murdered and every revolt was brutally suppressed. A new reality was imposed by the nationalist Turkish state.

We live with this reality even today. All over Kurdistan, there are tribal chiefs who have no problem with this obedience. They pledge allegiance to the Turkish state in exchange for material wealth and power over their clan. They arm their subordinates to serve their interests, just like the old days, but don’t get autonomy in exchange. They don’t care, as long as their properties are preserved and positions maintained.

Erdogan has succeeded like no Turkish ruler before to take this reality across the border into Kurdistan in Iraq, or Başur (South-Kurdistan), as many Kurds call it. The local clans there, who have transformed into political parties for the sake of ‘modernity’, can keep their militias but they have to serve the central authority in Ankara (The militia are, of course, officially called the peshmerga, but I’m always hesitant to use that word for the militias that are tied to the political clans in Başur because the peshmerga historically encompassed all Kurdish fighters, also those who weren’t fighting for a feudal lord, and I don’t want to taint their legacy). That’s painful, of course, but the gains of holding on to local political power and corrupted material wealth weighs heavier.

One thing that hasn’t changed since Ottoman times is the suffering of the common Kurdish people under this arrangement. These common Kurds, however, are not illiterate and uneducated anymore, and they are are no longer oblivious of their rights. They have woken up and started a resistance against both the Turkish state and the chiefs collaborating with them. All the more reason for the tribal leaders, of course, to intensify their submission to Ankara and offer their militias to help fight the rebels.

So when I read into all the analysis of Macron’s visit to Baghdad, of Neçhirvan Barzani flying to Iraq’s capital city because Macron didn’t bother to make a stop-over in Erbil and about Barzani being summoned to Ankara, I feel the need to add a bigger window. To zoom out.

Is it really relevant whether it’s true that Erdogan has ‘promised’ to be ‘more careful’ whilst bombing the mountains in the Kurdistan Region alongside the Turkish border and killing less civilians? Does it really matter whether the Turkish army has ‘concluded’ part of its operations against the PKK in the Haftanin area? Does it make any sense to debate the question whether Barzani’s trip was pre-planned or quickly arranged after Barzani met with Macron?

No, no and no. Because it doesn’t affect the default setting that was installed when the Turkish state was established in 1923 in any way. What matters is the revolt of the rebellious ‘peasants’, and how successful it will be. What matters is who will have the guts to join them to eventually force a new balance, with real autonomy and genuine freedom.

It’s not relevant what Barzani and Erdoğan discussed, and here’s why