Thousands of women who took to the streets for the 'Feminist Night Parade' on International Women's Day were met by police violence and barricades in Istanbul, but they succeeded, after hours of grappling with police barriers, to gather for the demonstration to celebrate the day, and to protest.

The Turkish authorities tried on Tuesday to stop a traditional women’s night march on the occasion of International Women’s Day. The police did all they could to prevent groups of demonstrators from gathering in Istanbul’s Taksim square, but the women finally succeeded, after hours of grappling with the police barriers, in forming a large crowd, and read out a statement.

The measures taken by the state authorities to ward off the planned night march included blocking every single street and alley that led to the square, and to Istiklal Avenue, which leads up to the square, applying massive police force, and closing the underground in Taksim.

From the early evening hours onwards, women came from every direction, and each group tried its best to force its way through police barricades blocking the way. They chanted: ‘Open up, open up, open up the barricade!’

Though the police made announcements ordering the women to disperse, and moved against them, the women did not budge,
but resisted, chanting slogans:”We shall not be silent, we shall not be afraid, we will not obey!”

Among the placards carried by women, one was aimed at the government’s policy of replacing elected mayors and university rectors with appointed trustees. It read: ‘No to trustees: We want a life elected, not a life appointed.’

“The Istanbul Convention will be reinstated, the enemies of women will disappear!’, ‘Long live our feminist struggle’, ‘The women will not pay the cost of the crisis, at home or in the workplace.’

‘No to intervention in our lives’, ‘The media, the courts, the forensic medicine institute… All accomplices of rapists: We’re in rebellion!’

A group of more than 30 women were detained in the district of Kadıköy on their way to Taksim.

The women’s determined struggle went on for hours, and finally groups managed to converge at around 8:30 pm after a major barricade was opened for an ambulance to pass through. The women took the opportunity to knock the barricade down, bianet reported. 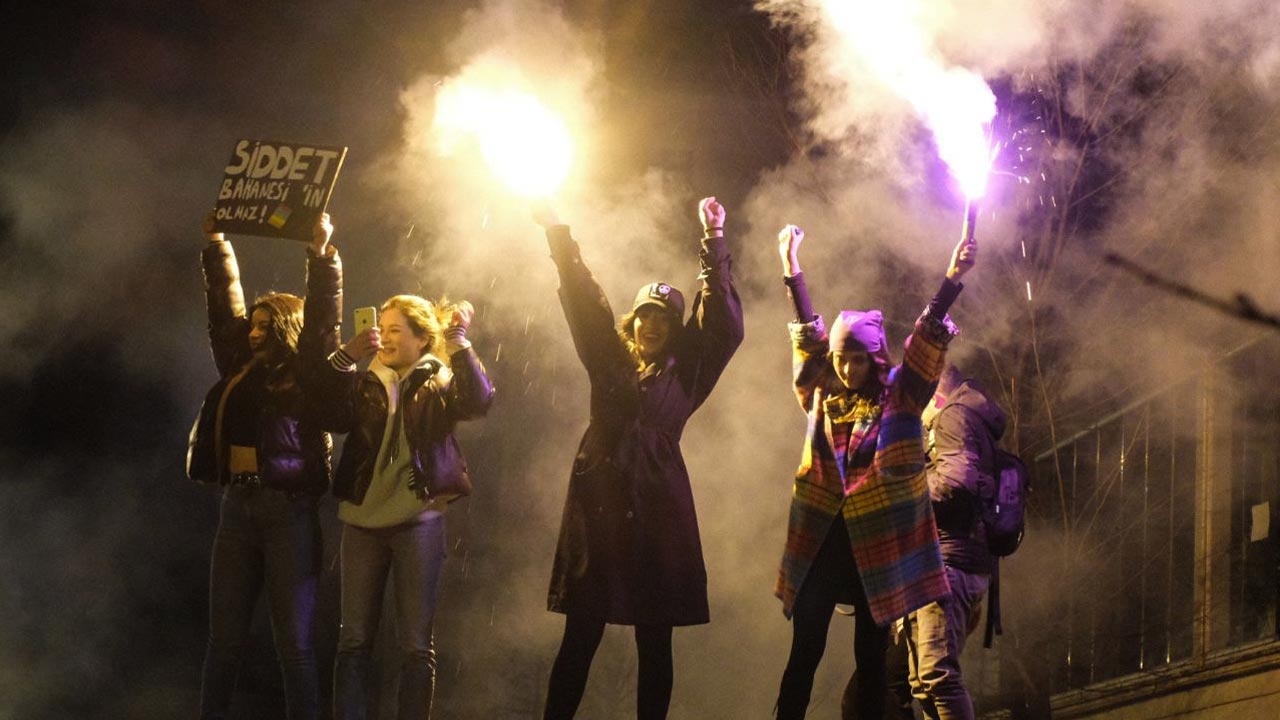 Thousands of women gathered near a car park at 9:20 pm, and they read out a statement in Kurdish and Turkish for the 20th Feminist Night Parade.

“We will not obey those who try to silence us, who try to immobilise us with violence and to criminalise us. We are not afraid. We will continue to rebel against the patriarchy by ‘jumping in rhythm.’* We say: The feminist rebellion will not end until we have a world of equality and freedom, a world where there is no partiarchy, capitalism, racism, war, invasion, religious oppression or exploitation of labour. Long live our feminist struggle!” 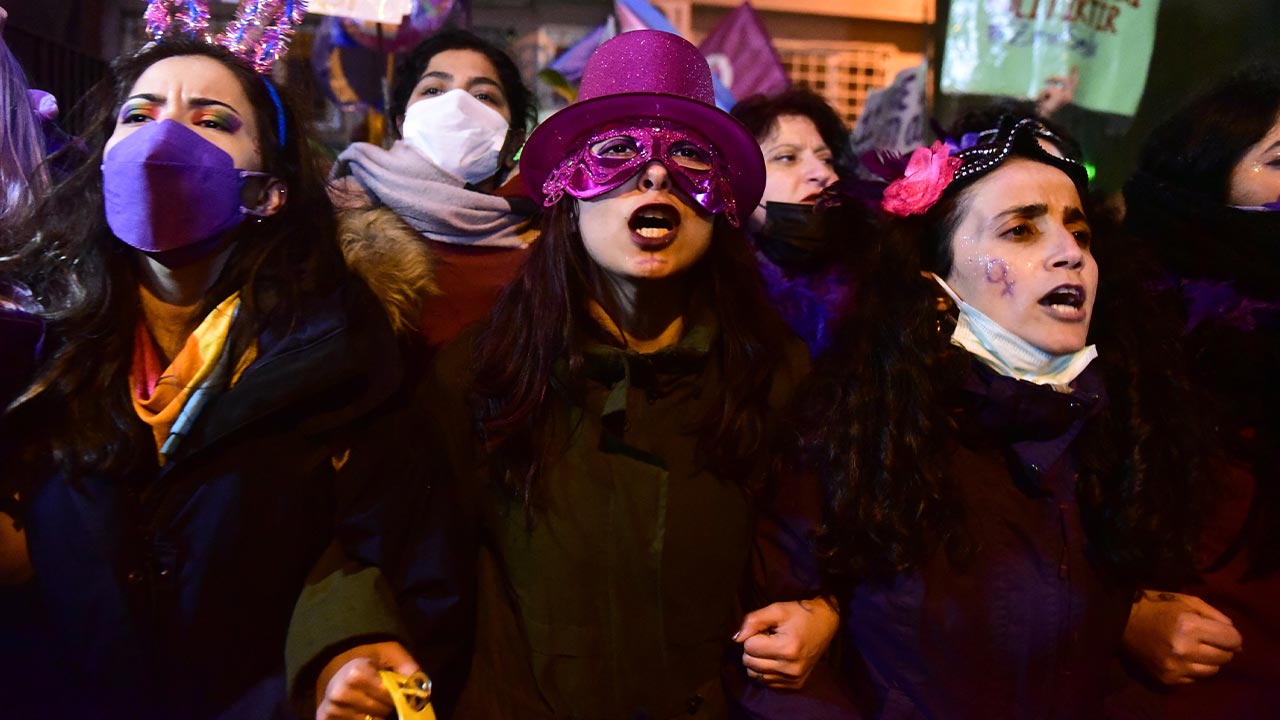 The women continued to demonstrate for nearly an hour afterwards despite the bitter cold, and a large banner that read ‘We Cannot Make a Living: Feminist Rebellion’ was hung on the face of a building. They chanted, in Kurdish, ‘Jin, jiyan, azadî’ (‘Women, life, freedom’), as well as slogans in support of the jailed Kurdish politician Aysel Tuğluk, who has been denied release despite a serious medical condition, of all women in prison, and of the LGBTI community.

* A reference to the absurdity of some accusations by Turkish prosecutors against demonstrating women: A group of women were indicted in 2021 not only for participating in a feminist demonstration, but also for ‘jumping in rhythm’ during the demonstration.