It's been revealed that an Ömer Yetek, on trial for recording of the execution of two Turkish soldiers by ISIS, and a key witness in the cases of three massacres in Turkey, owned three companies and was still active in business when he started working for ISIS.

It has come to light that an Islamic State member named Ömer Yetek, who was reportedly the person who video-recorded the ISIS execution of two Turkish soldiers on December 2016 in northern Syria, owned three companies in Turkey with at least one of them active while he worked for ISIS.

According to a recent report by the ANKA News Agency, the companies of Yetek, a Turkish citizen who had been an active senior member of the ‘Media Ministry’ of ISIS, were registered with the Istanbul Chamber of Commerce, and hence his business activities were no secret.

ANKA reported earlier on 23 September that Yetek, captured in 2018 and held in custody for some time on charges of recording and posting the video footage of the execution of two Turkish soldiers, had actually been released on 16 April 2020. 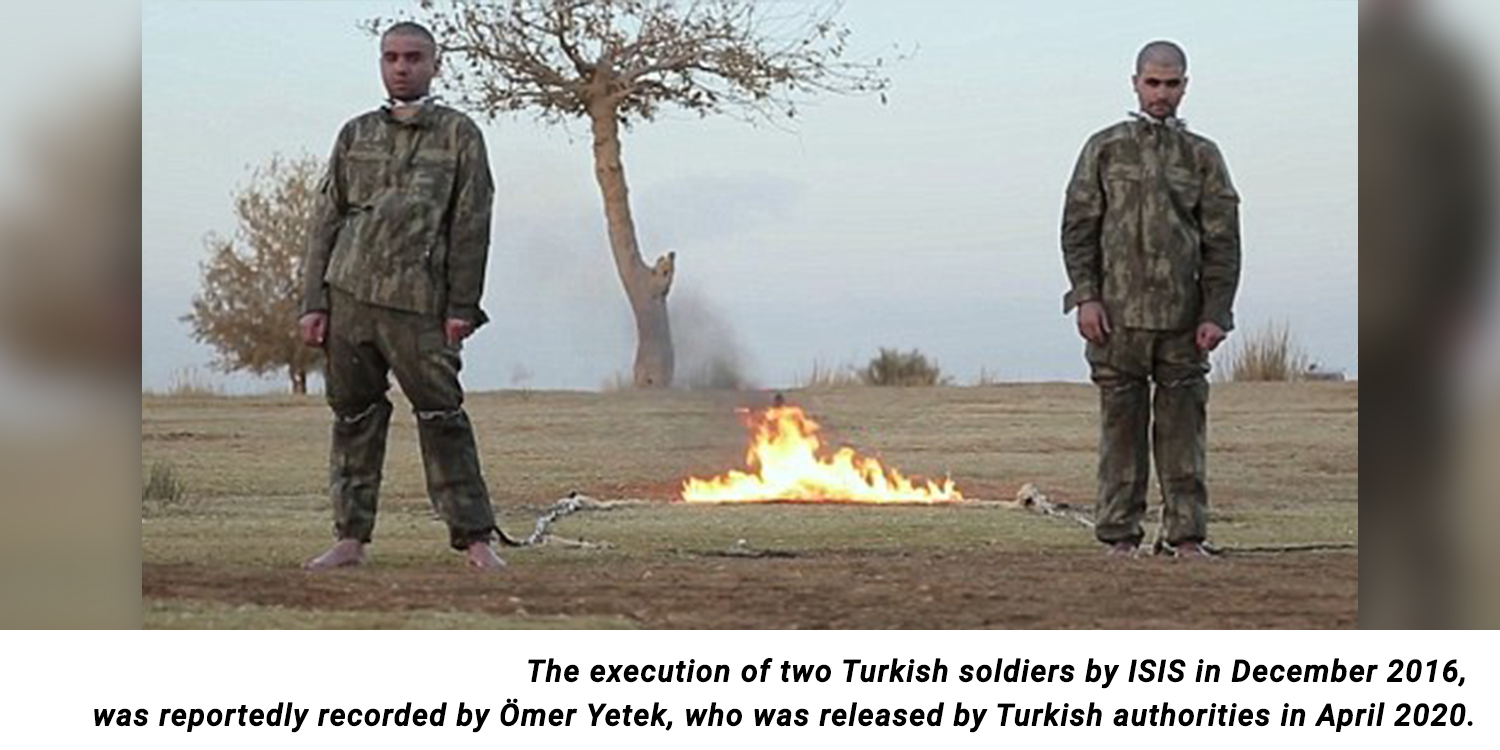 The Suruç and Ankara bombings have much wider political aspects to them as both of these bombings had a direct impact on the rerun of the parliamentary election on 1 November 2015 which saw a dramatic rise in the votes for the ruling Justice and Development Party (AKP) that had only five months before, lost its majority in the parliament.

Ömer Yetek had given information on the military structure of ISIS when he was in custody, and claimed that the Suruç, Ankara and Antep bombings were conducted on the orders by an Ebu Zeynep Halebi, and coordinated by a Yunus Durmaz operating under the alias Abdullatif Efe, a member of ISIS external intelligence unit.

Yetek is supposed to be heard at the next session of the Ankara massacre trial on 24 November 2021, but it is unknown if he will attend.