Announcing resuming operations, ISIS kills two SDF members and a youth in Syria while in parallel to this Turkish military forces continue their heavy offences both in Syria and Iraq territories.

ISIS announced resumption of operations in Syria and the world, in an audio recording, reported North Press Agency; and killed two Syria Democratic Forces (SDF) member in Deir ez-Zor in Syria on Thursday, in addition to claiming responsibility for killing of a young man in eastern countryside of Deir ez-Zor on the pretext of dealing with SDF.

It was reported that ISIS announced resumption of operations in Syria and the world “exploiting global circumstances” and called on its supporters to activate operations in an audio recording on April 17.

On the same day of the recording release a young man was killed in an armed attack in Deir ez-Zor and two members of the SDF were wounded in an explosion in the city of Raqqa.

A day later ISIS claimed the killing of the young man in the town of al-Busayrah in the eastern countryside of Deir ez-Zor on the pretext of dealing with SDF.

On Thursday, two members of the Syrian Democratic Forces (SDF) lost their lives in an attack by unknown gunmen on their checkpoint in a town north of Deir ez-Zor, east Syria.

“Unidentified gunmen attacked an SDF checkpoint at the entrance to al-Wahid village of the town of al-Sour, north of Deir ez-Zor, with machine guns” a SDF source in the town of al-Sour told reports North Press, adding that the two SDF members lost their lives as a result and that ISIS, through media close to it, claimed responsibility for the attack an hour later.

It has been reported that according to an audio message of ISIS, spokesman Abu-Omar al-Muhajir called on its supporters to take the available opportunity as the world is distracted by the ongoing Russian-Ukranian war and the security chaos left by the continuous Turkish strikes on different areas of northeast Syria.

The ISIS spokesman on the audio recording is reported to have said:

“We will always work to release prisoners from Hawl Camp [the Al Hawl Camp houses ISIS families] including women and ISIS prisoners. It is a priority and the highest goal for the group and it needs time and patience.” 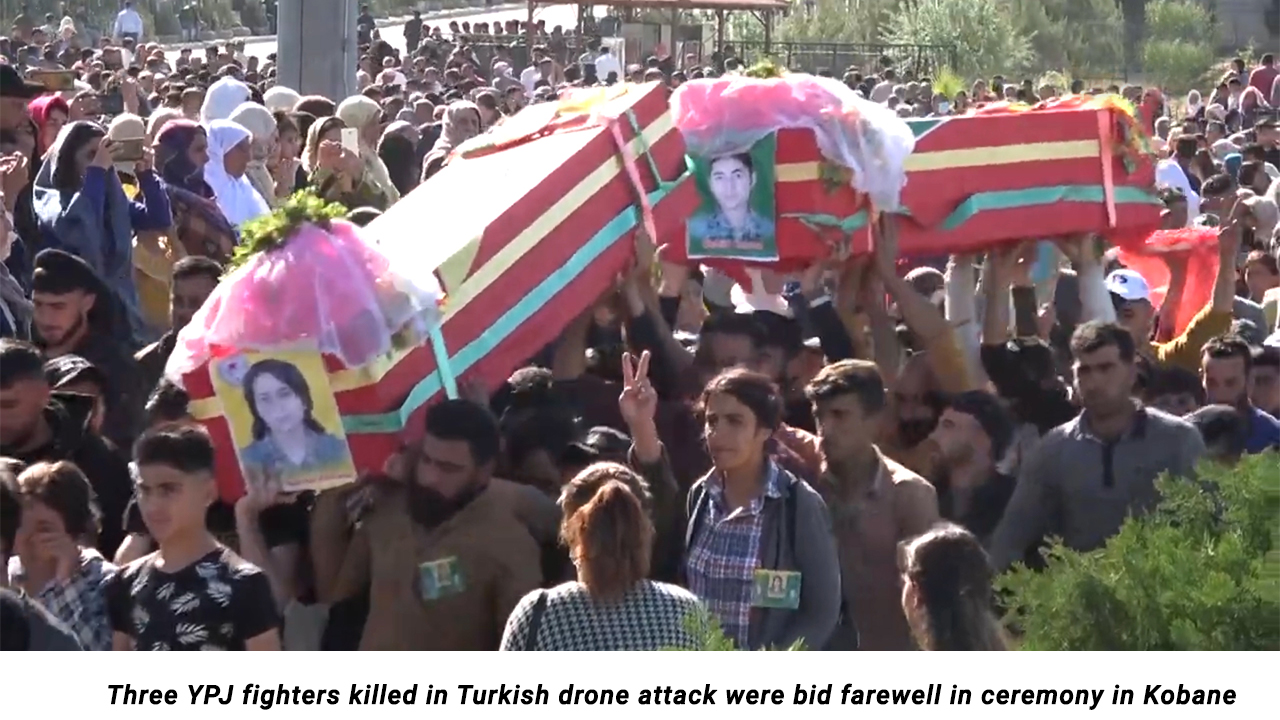 It was reported on Wednesday that a Turkish drone hit a car on Aidiq-Takhtak road in the eastern countryside of Kobani, killing three soldiers from SDF military forces. 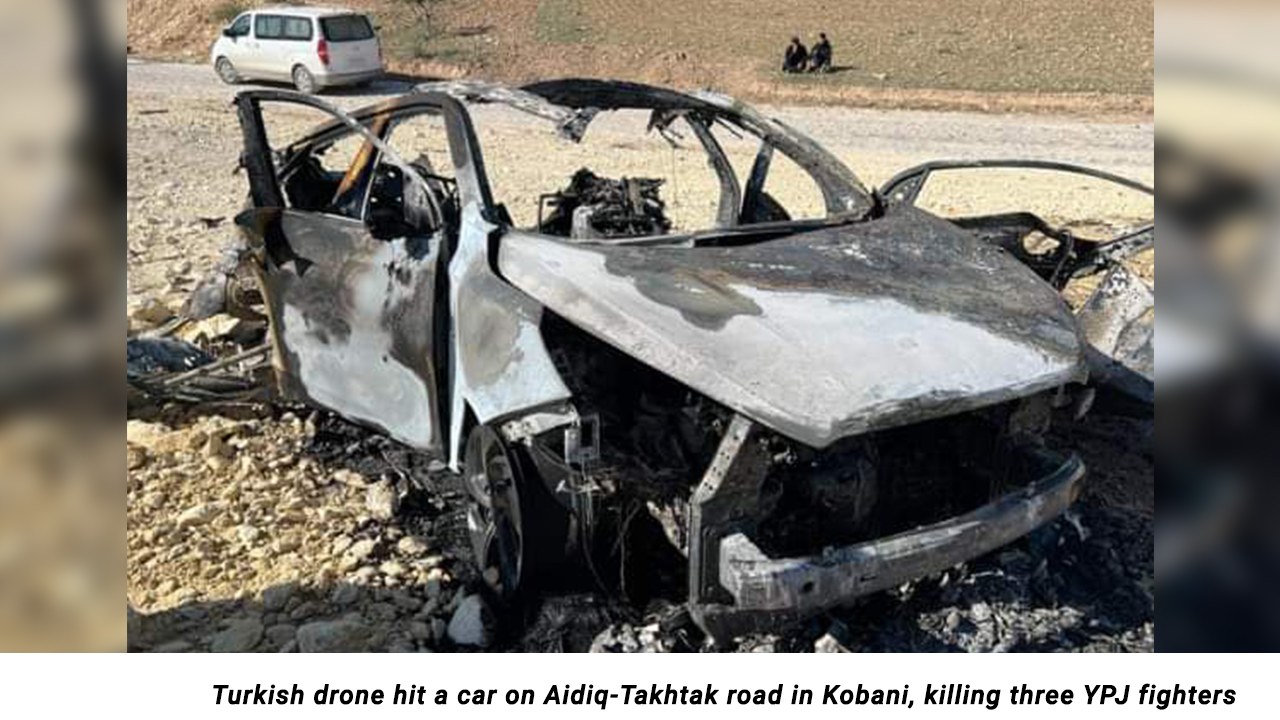 The three YPJ (Women’s Protection Units) fighters killed in this attack were bid farewell in a ceremony held in Kobane on Thursday.