Is complicity behind West’s deathly silence on Turkey’s use of brutal unconventional weapons against Kurds?

The shocking video released by Kurdish freedom fighters of their friends killed with chemical weapons used by the Turkish military — in open sight — in the mountains of south Kurdistan has been met with a deathly silence from Western “democratic” states and the international organisations that are charged with monitoring such crimes against humanity.

Sadly, this is nothing new.

Kurdish organisations have been constantly reporting the Turkish military’s use of banned chemical and other unconventional weapons for many years despite the fact that Turkey is a signatory to the Chemical Weapons Convention.

I joined members of the Kurdish community, on the evening of 19 October, in an emergency vigil to protest against the latest chemical warfare atrocity. Many of these sisters and brothers looked shocked and re-traumatised. Among the protesters was the Australian Kurdish journalist Renas Lelikan, who spent time in the mountains between Turkey and Iraq reporting on the lives of Kurdish freedom fighters for ten years. 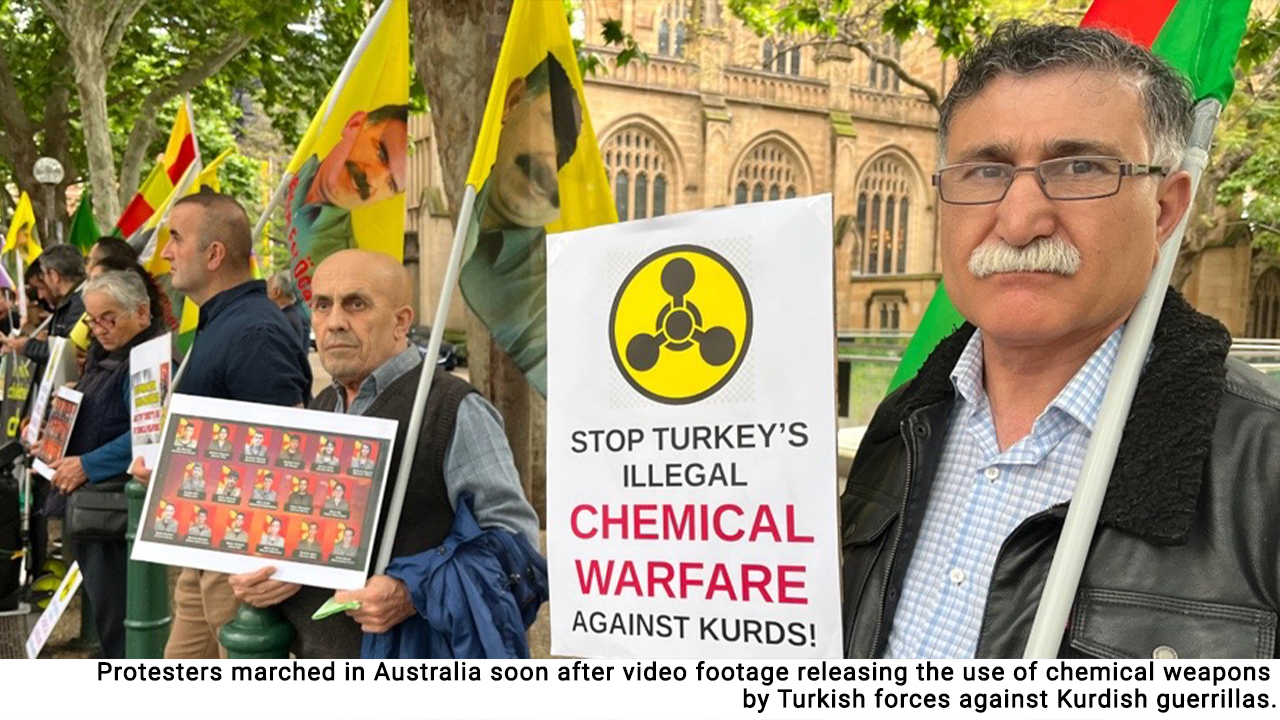 Lelikan was prosecuted by the Australian state after his return to this country and charged under notoriously anti-democratic, anti-terrorism laws, and was imprisoned in high security jails for months while awaiting trial and forced to wear the infamous orange jumpsuit in his initial court appearances.

At his trial, Lelikan impressed the Supreme Court as a deeply committed journalist, writer and photographer pursuing democratic goals and motivated by “his experience of oppression, persecution and discrimination as a Kurd growing up in Turkey, including his personal experience of violence and torture”.

Lelikan told me that chemical weapons have been used against the Kurdish liberation movement since 1999.

While he did not directly experience such an attack, chemical weapons were used against Kurdish guerrilla forces while he was in the mountains of Kurdistan between 2011 and 2013.

Footage of Turkish military officers ordering and deploying chemical weapons in the mouths of caves used by guerrilla fighters had been shown on Turkish television news reports.

More recently, a Turkish military officer was livestreamed boasting that they had even deployed small tactical nuclear weapons against the Kurdish freedom fighters since 2021. The video was quickly deleted but Lelikan added that any small so-called “tactical nuclear weapons” could only come from a NATO stockpile and so could not be done without US approval.

Among Kurds, Lelikan is not alone in suspecting NATO states for being complicit in the use of unconventional weapons against Kurdish freedom fighters and this is not surprising considering the considerable lengths the US Reagan Administration went to in its attempt to cover-up and shift the blame for Western complicity in that notorious chemical war crime in 1998.

The deadly cousins of politics and corporate greed were drivers of Western complicity in that notorious war crime.

There is indeed a lot to learn from Halabja but who is prepared to learn?

The International Physicians for the Prevention of Nuclear War (IPPNW) delegation, which included former biological weapons inspector Jan van Aken and IPPNW Switzerland President Joseph Savary, visited northern Iraq with the Kurdistan Region of Iraq’s blessing to investigate historic use of chemical weapons against Kurds by Saddam Hussein’s regime, but they were stopped from speaking to people with information about Turkey’s chemical war crimes.

Kurdistan Regional Government complicity was definitely behind that.

Kurdish organisations have called on the United Nations, the Organisation for the Prohibition of Chemical Weapons and other international bodies responsible for monitoring the use of unconventional weapons to investigate and act on these war crimes. The International Physicians for the Prevention of Nuclear War has supported calls for an urgent investigation by an independent organisation. 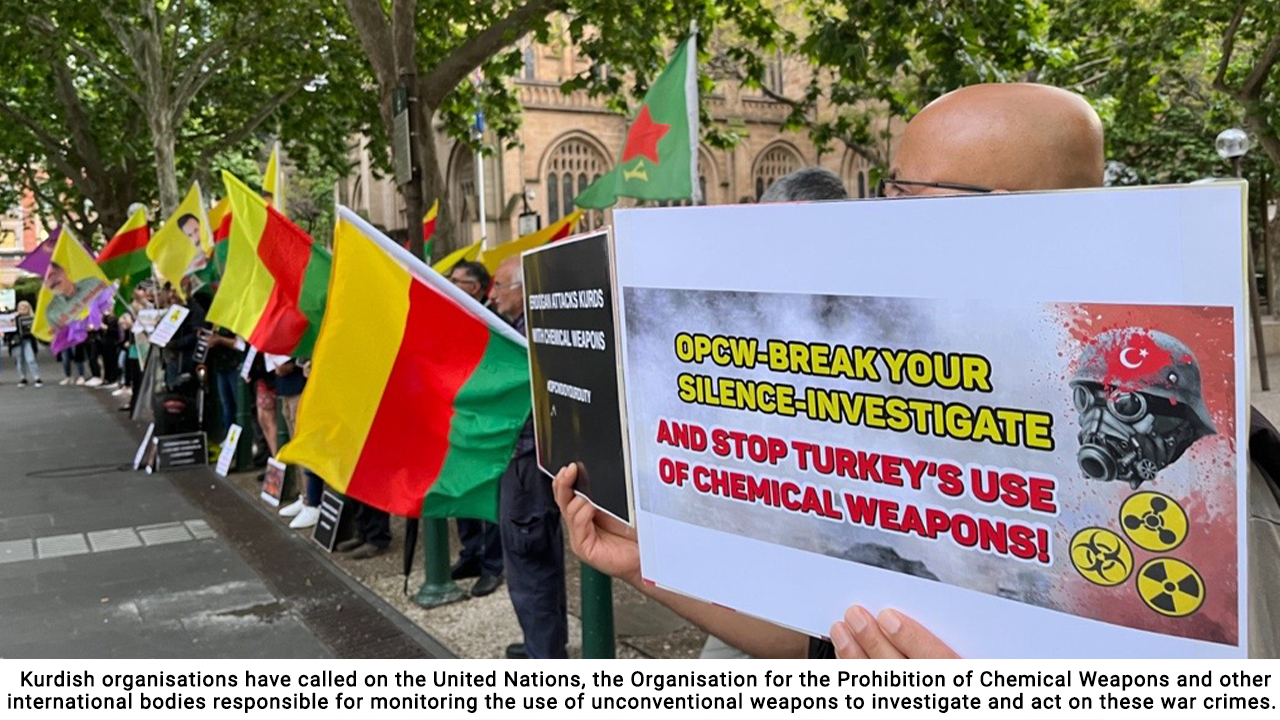 * Peter Boyle is a well known journalist and political activist living in Sydney, Australia. He is also a correspondent of the Green Left Journal.