Interview with the writer, researcher and translator Fırat Sözeri 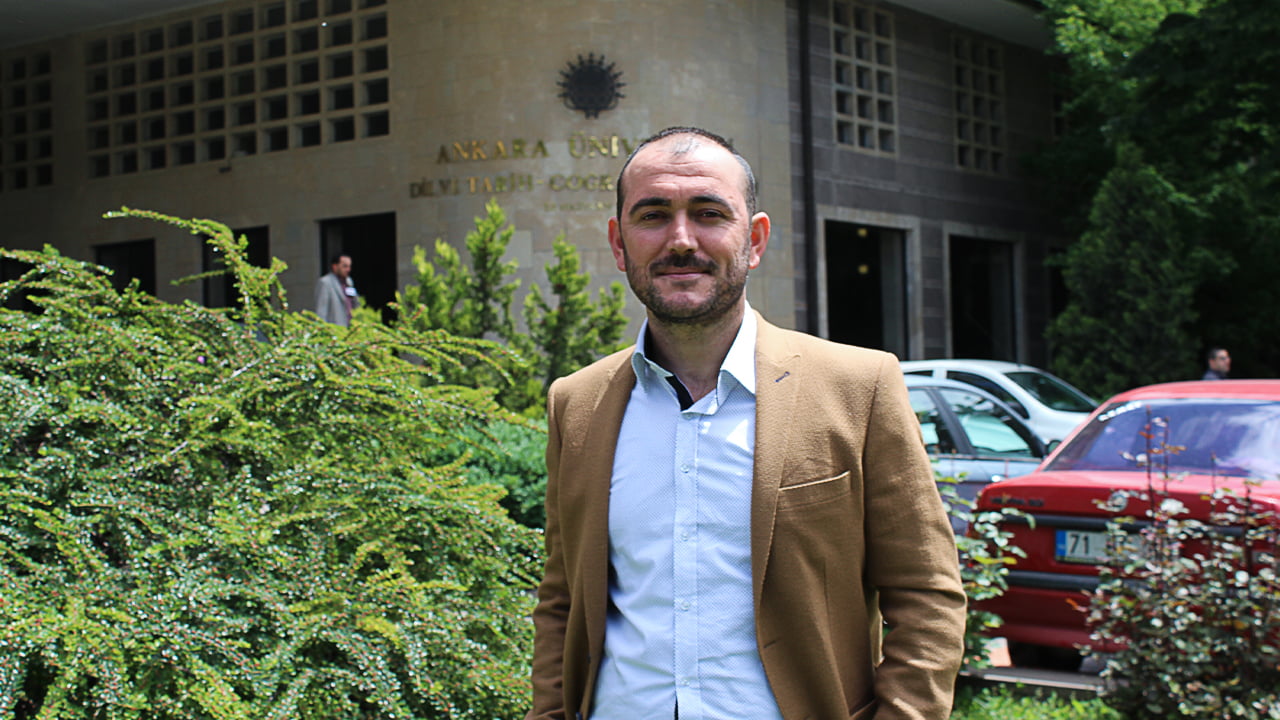 Fırat Sözeri is a translator, researcher, and writer who works on ‘Russian-Kurdish relations’ and the history of the Caucasian Kurds. Fırat has also translated many books, poems, and articles from Russian to Kurdish and Turkish, including the ‘1918 Soviet Constitution’ and Maksim Gorki’s novel, ‘The Mother’.

We talked to Fırat Sözeri about the ban on PhD’s in Kurdish in Turkey, the Kurdish language platform, students’ reactions and interventions in the field of culture and the arts, and the assimilation-driven policies and practices of the Turkish state that have been aimed at targeting Kurds.

Writing a thesis (PhD) in Kurdish has been banned in the Language and Literature departments of universities in Turkey recently. Writing PhD’s in other languages are subject to the permission of the Council of Higher Education (YÖK). What do you think of this?

As you know, the establishment of a ‘Department of Kurdish Language and Literature’ took place as a consequence of the “Peace Process”. Since that ‘process’ ended, it is known that both YÖK and the rectors of the relevant universities have a very obvious allergy to the Kurdish language. So much so that despite the insistence of Kurdish teachers to establish an institute at the time, when the department was established, it was deemed worthy to include Kurdish under an ‘entitlement’ called ‘Living Languages’. At this point today, we see that the existence of Kurdish Language and Literature (KDE) departments are being used for little more than propaganda purposes to suggest that the pressures on the Kurdish language have disappeared.

In other words, as in all regulations regarding the Kurds, the KDE departments were also dysfunctional and reduced to mere propaganda tools. In fact, it is very clear that the KDE’s approach has been to problematically reduce the question to the issue: “We gave you a department in the university, what more do you want?”

There are heads of institutions under the names of ‘rector’ or ‘professor’ who make these decisions, but in practice, they act with the reflex of ‘Guardian Murtaza’. It is possible to say that those who agreed to the decision to ban Kurdish thesis writing were following what was being promoted in the political mainstream. In my opinion, the discussion of the Kurdish issue within the framework of academic conventions will serve to remove the existing despotism we experience and hold to account the universities that have played their role in creating an anti-Kurdish ideological apparatus from the past to present.

How did university students react to the ban on writing a thesis in Kurdish?

Unfortunately, it is not possible to say that there has been a serious reaction to this issue. I do not think that the issue would have come to the fore so widely had it not been for Kurdish author Selim Temo’s article on the subject. Temo had stated: ”I have been exposing this reckless approach to Kurdish for 10 years. Here is the new recklessness: Thesis writing in the Kurdish language was banned in the departments of Kurdish Language and Literature at universities, and the language of all courses was Turkish. The national academy is such a thing!”

In other words, the reactions to the ban were limited to the critical statements of some Kurdish intellectuals and MP’s. Of course, the lack of action by Kurdish students in this matter, especially the students of the departments, should be discussed, but it should be noted that the prevailing political climate has a role in enforcing this silence.

Especially in the past few years, even the most basic national democratic demands of the Kurds have been criminalized. The unresponsiveness of certain Kurdish students becomes more understandable when it is taken into account that dozens of people were suspended from universities, expelled, and even arrested for calling for basic Kurdish democratic rights.

What types of interventions against Kurds in the fields of culture and arts have there been? Can you provide us with a few examples?

In this regard, a situation similar to the process seen in the KDE departments has taken place. In addition to various pressures exerted on the Kurds and expressions of Kurdish culture and art, we see that people and institutions in the field of culture and the arts have undertaken unimaginable acts, taking advantage of this situation.

It is now common practice to shut down many Kurdish culture and arts centres and to detain their employees. For those who overcome these obstacles and shoot/direct/produce a movie, for example, what follows is that you cannot screen it, and you are judged on various grounds when you publish it on digital media. We also know that it is almost impossible for Kurdish musicians to make concerts.

The absurd incidents about Kurdish books are actually important in terms of reflecting the general approach to this issue. For example, as part of the Kurdish language and literature workshop, I asked my students to buy the book ‘Mirina Kalekî Rind’, by Mehmed Uzun. However, we could not find this book anywhere in Ankara.

There are other examples: An employee of a bookstore collects and sends all the books on certain shelves back, after one of the customers says: “Why you are selling these ‘divisive’ books?” This situation is not unique to the book trade. If you look at all the bookstores in the city, you will see that there are no Kurdish books except for a few books squeezed into the corner. In other words, the right to read and write in the mother language of millions of Kurds and to read about their struggles can be – and is – sacrificed to the “sensitivity” of racists who regard all Kurdish books as a “reason for insanity”.

In short, it should be noted that the works produced by the Kurds in the field of culture and the arts are very valuable, regardless of their aesthetic content.

The Kurdish Language Platform organized a conference in Diyarbakır under the theme “Our language is our identity, our language is our existence”. It was held on 21 February, International Mother Language Day. What significance do conferences and platforms like this have in Turkey?

Despite the the systematic assimilation policies that are in place that seek to deny education in Kurdish and Kurdish identity, I can say that there is considerable interest among the youth in learning Kurdish and using it at the literacy level. More than 200 people participated in the Kurdish language and literature workshop.

How do you evaluate the issue of seasonal workers who were battered because they were Kurds in Sakarya recently?

There has been a wave of attacks against Kurds recently. Often, physical and sexual attacks against Kurdish women, and the attacks targeting Kurdish labourers and young people in the city. The common point is the legitimization of such attacks along with impunity. As a result, the recent attacks aim to break the Kurds from their national and social demands through suppression.

Interview with the writer, researcher and translator Fırat Sözeri