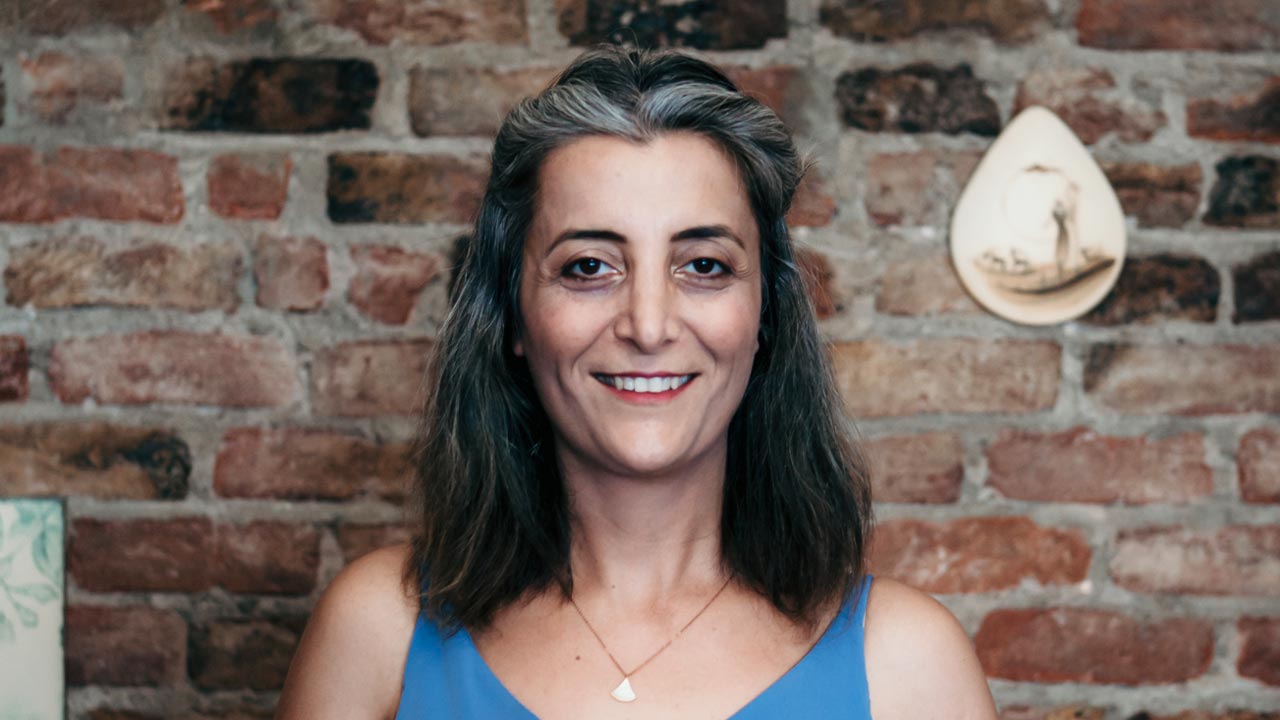 Documentary filmmaker Bingöl Elmas is a member of the jury for the 57th Antalya Golden Orange Film Festival in Turkey. MedyaNews talked to Bingöl Elmas about the role of documentary cinema, social consciousness and collective memory, gender equality and the difficulties of being a female director in cinema.

The Antalya Golden Orange Film Festival takes place for the 57th time this year. What are your feelings as a member of the jury at the Festival?

The Antalya Golden Orange Film Festival is an important festival that evaluates the situation of the country in that year. The festival has become important but on occasions in the past, it has it lost its effective position. This is unfortunately related to the fact that institutions are not autonomous and independent. Thus, these structures are affected by the political atmosphere in the country. But festivals are constantly coming back to the fore in terms of popularity.

In recent years, festivals could not resist the government’s desire to design and suppress the arts community, and could not engage in the type of resistance we hoped for. You know, the period that started with the censorship of Reyan Tuvi’s documentary ‘Until the Earth Becomes the Face of Love’ a few years ago in Antalya, continued for a long time. Censorship spread to all festivals in different ways. This was sometimes applied by ignoring or not selecting political films to the festivals. As filmmakers, this is why we remain distant to Antalya and I was involved in the boycott process.

But when the administration changed from the Justice and Development Party (AKP) to the Republican People’s Party (CHP) after the municipal elections, the festival tried to return to its old roots and identity. Unless we establish independent and autonomous bodies, we will be exposed to these states of power and influences. 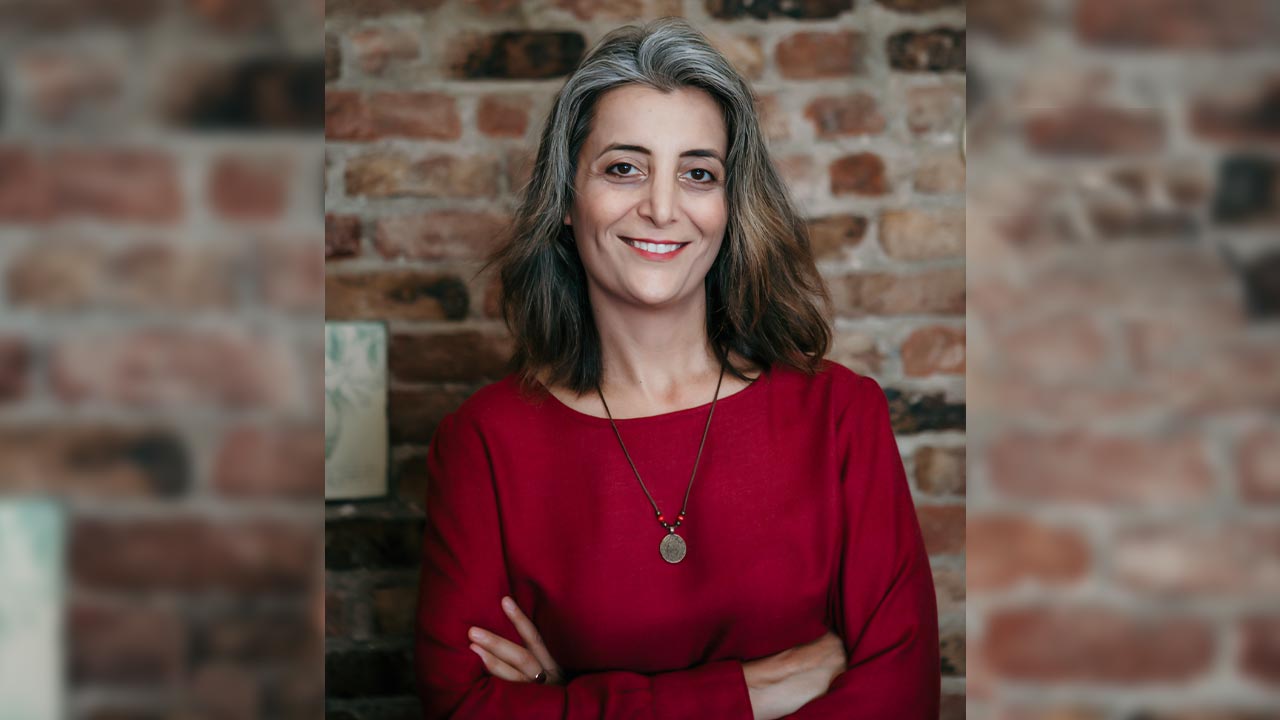 Festivals reflect social and political structures in Turkey. There are a number of leading festivals, and other festivals imitate them regarding the atmosphere, form, list, and trends they set. With the struggle of women’s organizations, there has been some sensitivity on this issue. Some festivals are paying close attention to these concerns and we see the difference, but this is not something that has happened spontaneously. Changes are definitely due to the women’s struggle.

There is also another problem. The same juries or individuals constantly determine the movie lists and festival programmes. We see this also in the international arena. We also hear voices criticising this. It does not seem fair to me to be constantly in the selection boards of festivals. I think filmmakers who get these offers should also know how to say ‘no’.

You are a director who touches on issues such as women’s problems, urban transformation, environment-nature-human relations, and border stories in your documentaries. What is your opinion about Turkish cinema in relation to these issues?

Documentary filmmakers in Turkey have been very sensitive to these issues for a long time. Documentaries deal with social problems in a significant manner. This is nothing new, and I still see people producing powerful documentaries, which are much needed, at a time when everything has gone wrong and has been suppressed or censored. I am proud of these endeavours as these types of documentaries are not easy to do. These are projects where you are involved for at least one or two years. Despite these issues, many people work to produce these types of films. These people deal with taboos and risky issues and struggles that official history covers up.

Your film ‘My Letter to Pippa’ confronts the reality of being a woman on a journey, and having to deal with issues of ‘masculinity’ in Turkey. What did the film mean to you as a woman? Asmin Film Production describes your film in the following way: “Italian activist Pippa Bacca set out to hitchhike from Milan to Israel in a white wedding dress to raise awareness for global peace. Her journey was cut tragically short in Gebze, western Turkey, when she was brutally murdered. Director Bingöl Elmas dons a black wedding dress and takes up the journey where Pippa’s ended”. 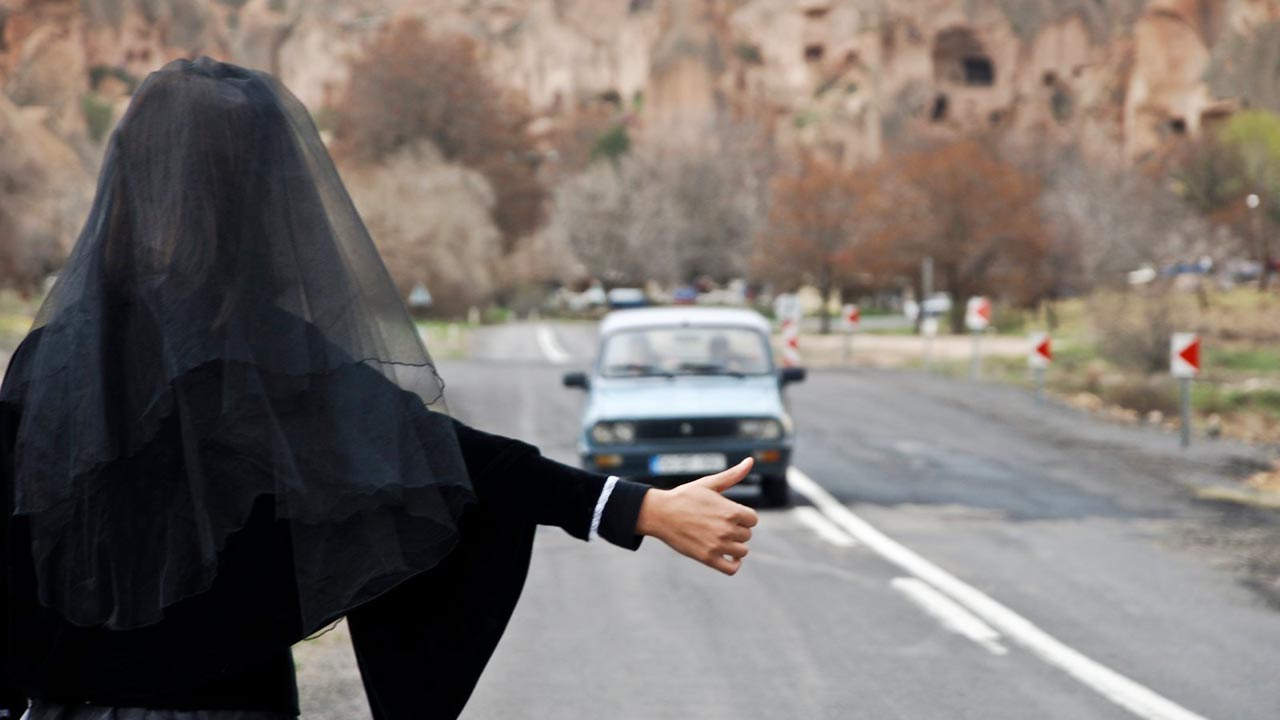 I know the country in which I live. My main intention was to send Pippa’s peace message as a form of rebellion and objection. I am also aware that the femicides taking place are political and systematic. Pippa was an icon. It was the demand of a woman who said ‘you can trust people’ so, her insistence not to interrupt the journey means that it was to talk a little more about the state of being a woman. One of the ideal places to explain those men’s areas are highways. Of course, I was nervous.

What causes war is fear and that keeps women at home. Because of those horror scenarios, most women cannot empower themselves. This is why the message is a form of rebellion and objection. Of course I had problems during the making of the film: my anxiety, fear, and other psychological feelings. It is such a thing that even if you know a situation, it transforms itself into something else where you live. In the meantime, the film will be available online on 11 October 2020 at 17:00 at the 10th Berlin Kurdish Film Festival and will continue until 31 October. After the screening of the film on 11 October, there will be a question and answer session on Zoom at 18:17. 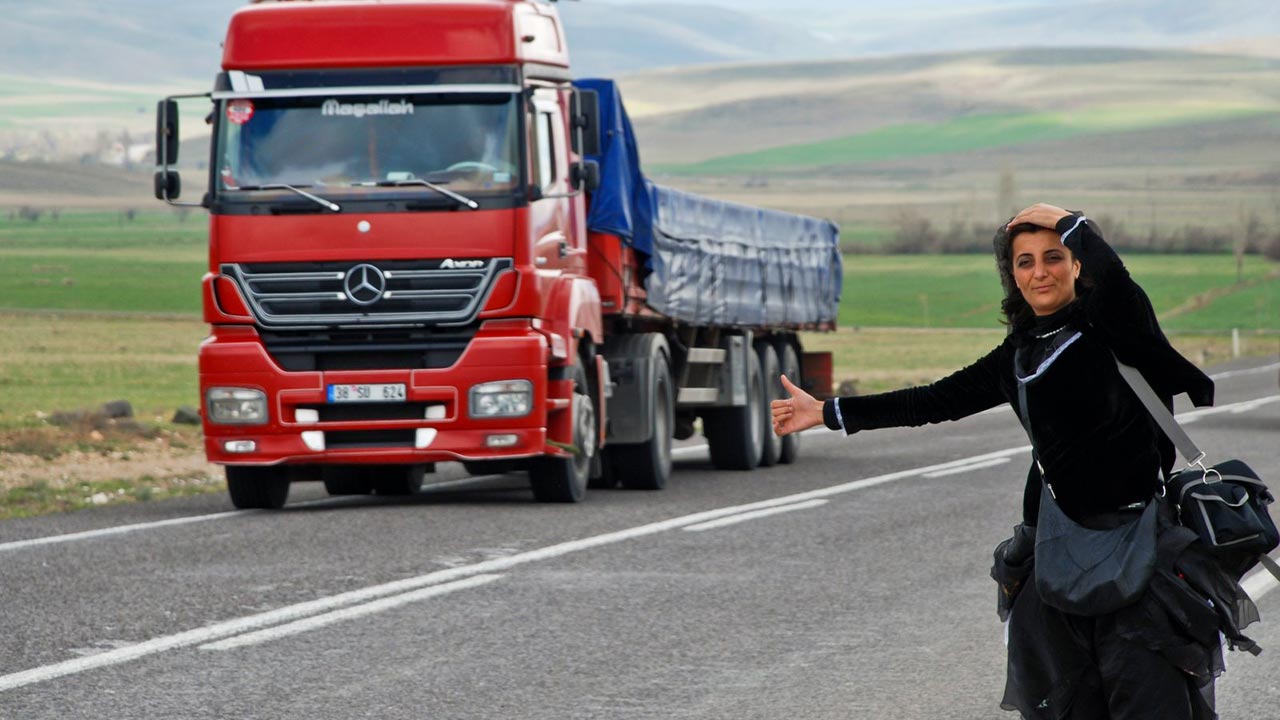 Many festivals have also begun screening their films online around the world, including festivals in Turkey. What do you think about online festivals?

They are good in one sense. You have the chance to access a movie from any festival in an unfamiliar place of the world. Festivals in Istanbul or in big cities have the chance to reach people everywhere, but it is never possible to replace watching a movie at a movie theatre. There are advantages and disadvantages. Lots of movies can be accessed online, but it also brings with it a phenomenon we call “gluttony”. The viewer is confronted with lots of movies, lots of possibilities, lots of events to watch, etc. In fact, one cannot watch them all and cannot take advantage of all these opportunities.

Documentaries have an impact on social consciousness and memory. As a filmmaker, where and how do you start the story, how does the process develop?

I am touched from the street and in life. I am a street person. Whatever your problem in life is, is the subject you choose. It is so easy to find a subject for a film in this country, and none of us can afford to make all those movies. So when I hear about someone starting a movie, I am very happy because I feel like my burden has been taken. That is why the increase in the number of documentaries being made creates a memory, just like the mobilization to construct truth in the face of lies presented in official history. And I think it really matters.

I am not an expert in this field, but, in general, I can say that there are very qualified productions in Kurdish cinema, but the filmmakers there are in desperate need. It is already very difficult to produce films in Turkey. These challenges are twice as problematic for the Kurdish filmmakers. They face either death, imprisonment or exile. For example, when you try to make a movie in Diyarbakır, there is no guarantee that your archive will not be looted. Many of our friends’ archives have been lost. Even speaking Kurdish at festivals or a Kurdish movie can cause public outrage. So whilst there is such a heavy burden, it’s not that easy to try to produce films. It takes a great effort. Nevertheless, there are really good productions out there and one can appreciate them. If it weren’t for the state of persecution that we have to struggle with, production would go a different way and most probably progress significantly.