Identity and art: The status of Kurdish identity is an obstacle for Kurdish artists

Along with the political achievements in Rojava in Syria and Iraqi (South) Kurdistan, the Kurds have been improving their capacity to form new links with international cultural networks. As many Kurdish cultural institutions have been providing a platform for the new artistic productions of the Kurds to reach out to the world, Kurdish people have sought to work in the context of an internationally accepted status.

Even as Kurdish artists have improved and diversified their artistic expressions and activities over the years, they have also faced severe obstacles and problems when involved in the process of making art for oppressed peoples and communities.

These issues and concerns were highlighted by Kurdish musicians Mehmet Atlı, Pervin Çakar and İbrahim Ethem Tüzer in an interview with Yeni Özgür Politika.

The problems of production related to music in Kurdistan are particularly severe and multifaceted. Mehmet Atlı, in the context of identity, culture and status, states: “Honestly, I don’t see myself in a position to give advice on such issues: many people already know the problems, causes and solutions. In the culture industry, we can say that the Kurds are ‘delayed’ for some processes compared to other communities and languages ​in the world”. 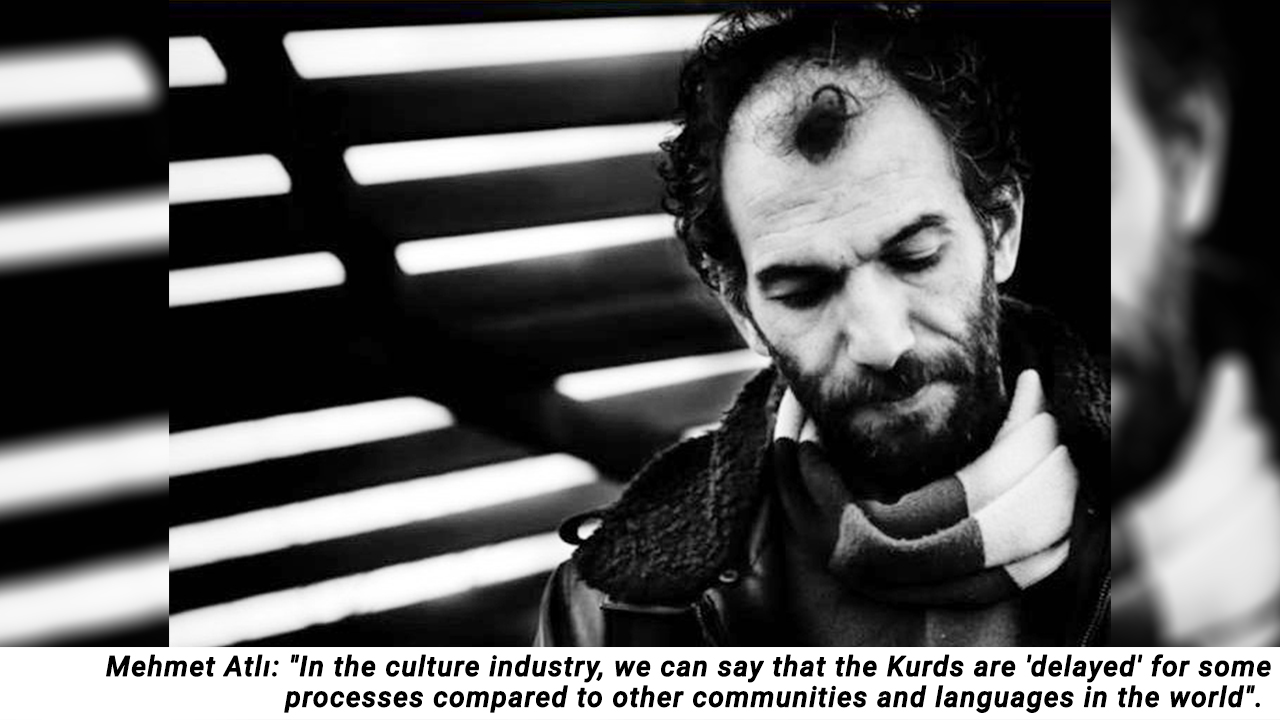 “The absence of a Kurdish nation-state and their disadvantaged position in the nation-states where Kurds live produce the same results in music”, he observed. “The main problems are the prevention of free public opinion, the obstacles to the Kurdish language and freedom-security-stability problems in Kurdistan”.

Technical and financial problems are the consequences of these macro problems, Atlı concluded. “The folk music and musicians are also paying the price of being ‘delayed’ to modernity. The main obstacle to the development of Kurdish music is the absence of a nation-state”, he said.

“Actually, the problems are not only related to performing a certain type of music, but also about developing Kurdish music in different areas that have not been tried before”, Pervin Çakar, a Kurdish opera singer also noted. 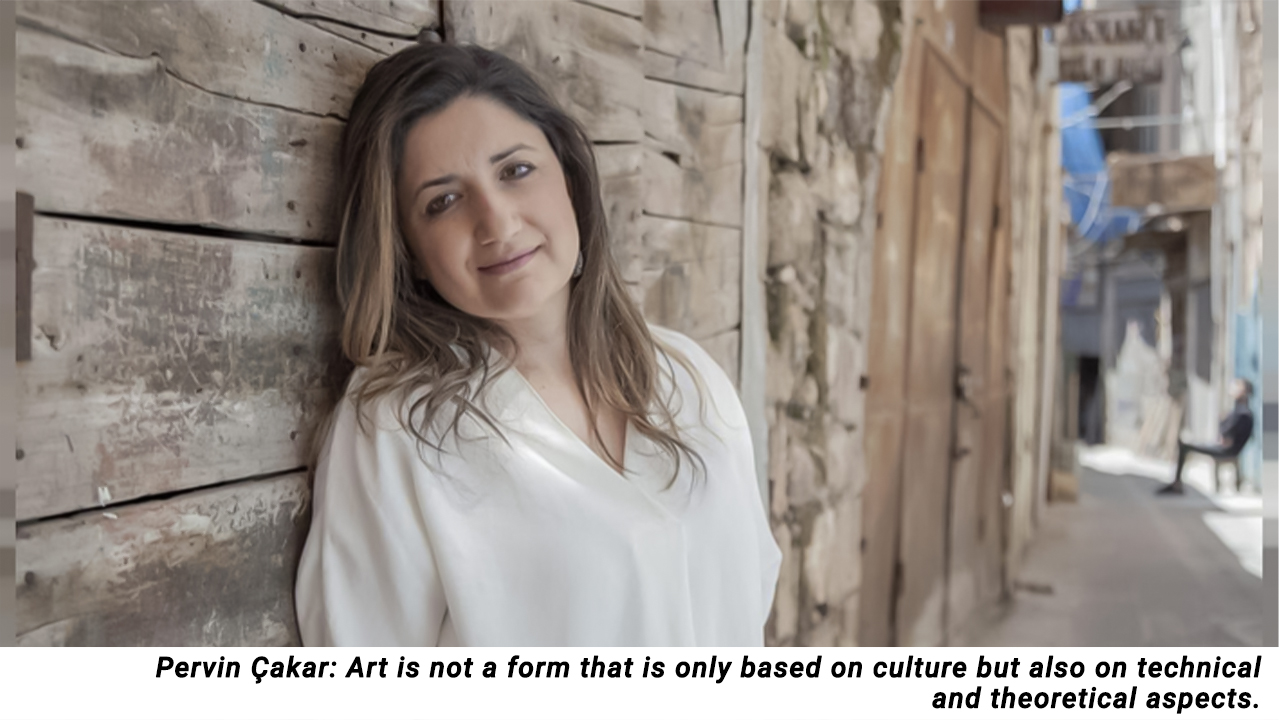 Çakar noted that in Western classical music, the structure of Kurdistan melodies can be seen only in certain projections in religious music, in Ambrosian, Beneventan and Celtic music performed in churches, but performing Kurdish music for itself “as itself” is something the Kurdish artists are able to do just now for the first time. “It is very difficult to get the West used to Kurdish music, which is a different structure and to create a harmony from these two polarised musical formats”, she said.

Referring to the problems of performance, Çakar said: “I cannot produce this kind of music only with an instrument. It requires economic resources, developed sound technologies, special instruments and a detailed notation before a performance. I do not have any sponsors to support my music”.

Stating that art is not a form that is only based on culture but also on technical and theoretical aspects, she stated that these issues are not understood by many Kurdish people because of the oppression they have faced historically.

There are other issues to also consider, Çakar observed. “Well known musicians with whom I have worked with in the production of operas for years do not really know Kurdish music. At the same time, many Kurdish musicians are mostly non-professionals”, which can create its own problems, she noted.

Çakar shared her suggestions for a solution to some of these problems: “I think that the Kurdish intelligentsia should focus its intellectual capacity to determine the future of Kurdish music in a way that can bring it professionally to world class levels and keep it there. This could be an institution or a school that facilitates this. It is a formation that does not pursue any interests other than national dignity, determines the ethics of Kurdish music, protects the rights of artists, does not sacrifice them to ideologies and narrow political interests, and provides support to people according to their abilities and capacities”. 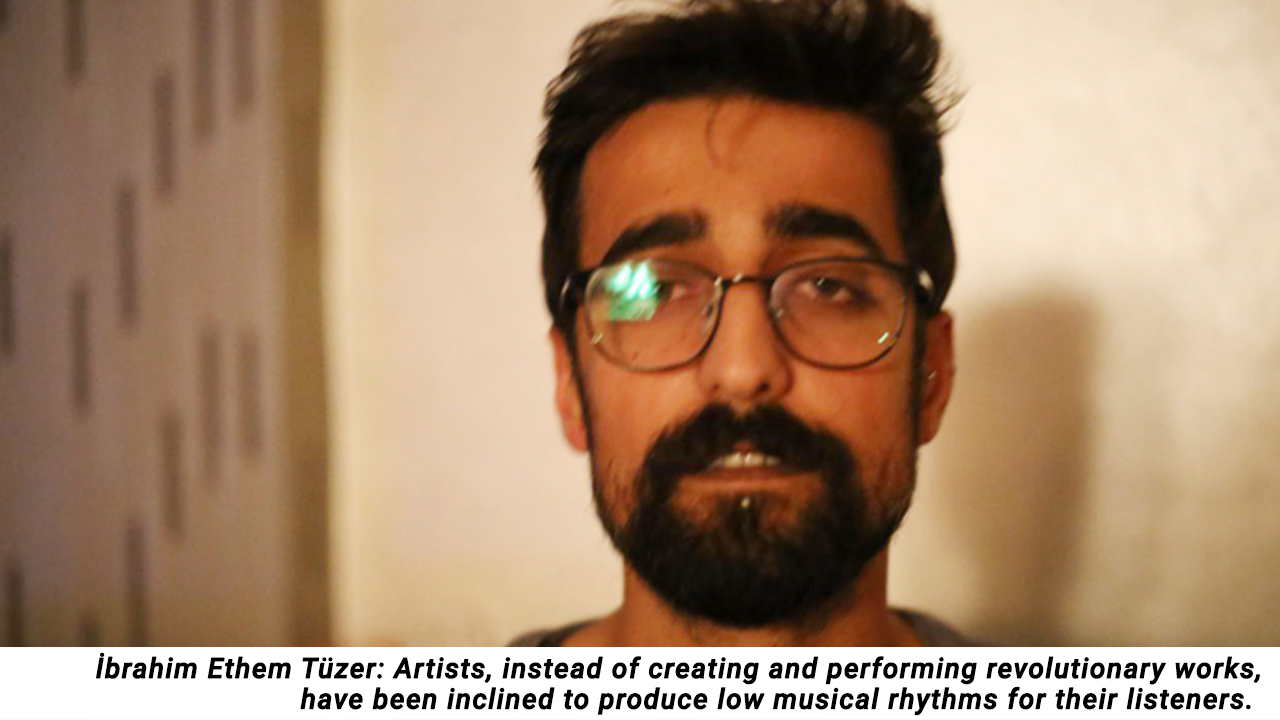 “Kurdish music is in the worst of times ever historically and fell into degeneration because artists, instead of creating and performing revolutionary works, have been inclined to produce low musical rhythms for their listeners”, noted Kurdish musician İbrahim Ethem Tüzer.