Hundreds of thousands in Newroz celebration in Diyarbakır

Despite efforts by the police to prevent crowds from accessing the celebration field in Diyarbakır, Turkey, an enormous crowd gathered for Newroz 2022.

Hundreds of thousands of people joined in the Newroz celebrations in Turkey’s majority Kurdish city of Diyarbakir (Amed) on Monday despite attempts by the police to prevent groups from reaching the celebration field.

As crowds of people were stopped at checkpoints to be subjected to long drawn-out body searches, tensions rose and protests erupted, to which the police responded violently, attacking groups of protestors with water cannon and tear gas. The celebrations finally began in the afternoon as a huge crowd cheered, chanted slogans and waved flags.

Newroz, marking for the Kurdish people both the arrival of the new year on the spring equinox, and the day of uprising against all tyrants, is celebrated this year with the motto, ‘Dem dema serkeftinê ye’ (‘Now is the time for victory’).

Activists who have been holding a justice vigil for sick political prisoners and prisoners who have been denied release despite having served their sentences, and Osman Çakmak, whose father Bedri Çakmak died in prison on 11 March this year, were among the invited guests. 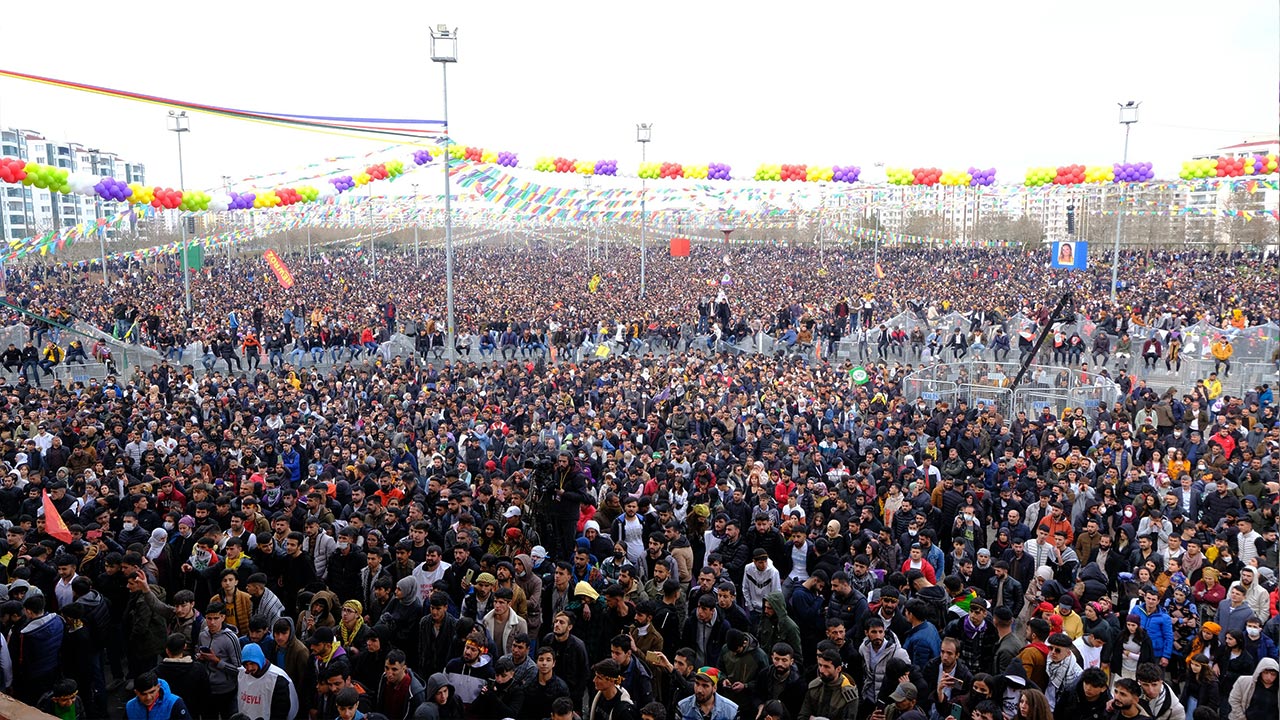 Başak Demirtaş, the wife of Selahattin Demirtaş, the imprisoned former co-chair of the pro-Kurdish opposition Peoples’ Democratic Party (HDP) was also among the guests.

A giant banner displaying the picture of Deniz Poyraz, a HDP member who was killed in 2021 in the party’s Izmir branch office, was among other banners that read: ‘We will win in the spirit of Newroz’, ‘Newroz is freedom’, ‘The will of the people will cannot be thwarted.’ Some people were refused entry to the field by police just because they were in traditional Kurdish dress. Serdar Altan, the co-chair of the Dicle Fırat Journalists’ Association, Hasan Köse, a reporter for K24, and Ayetullah Aşiti, the chairperson of the Azadi Party, were among those who were denied access.

In his opening speech, Zeyat Ceylan, the co-chair of the HDP’s Diyarbakır branch, said:

“Newroz is a day of resistance that goes back 2,600 years. We are grateful for this crowd. Long live Amed! They say, ‘We will break their will.’ They can’t break our will. Here is Amed, and here is our will. Newroz is a culture and identity. Newroz is the day to defend our will.”

After the speech, the great Newroz fire was lit.

Ahmet Türk, a former HDP MP and mayor of Mardin (Mêrdin) discharged by the government, said in his address:

“Those who thought they could silence the Kurdish people made a miscalculation. The voice of the Kurdish people is heard more loudly with each passing day. Kurdish politicians suffer great oppression. Thousands are in jail. But although they’re in jail, their souls are here at the Amed Newroz.” 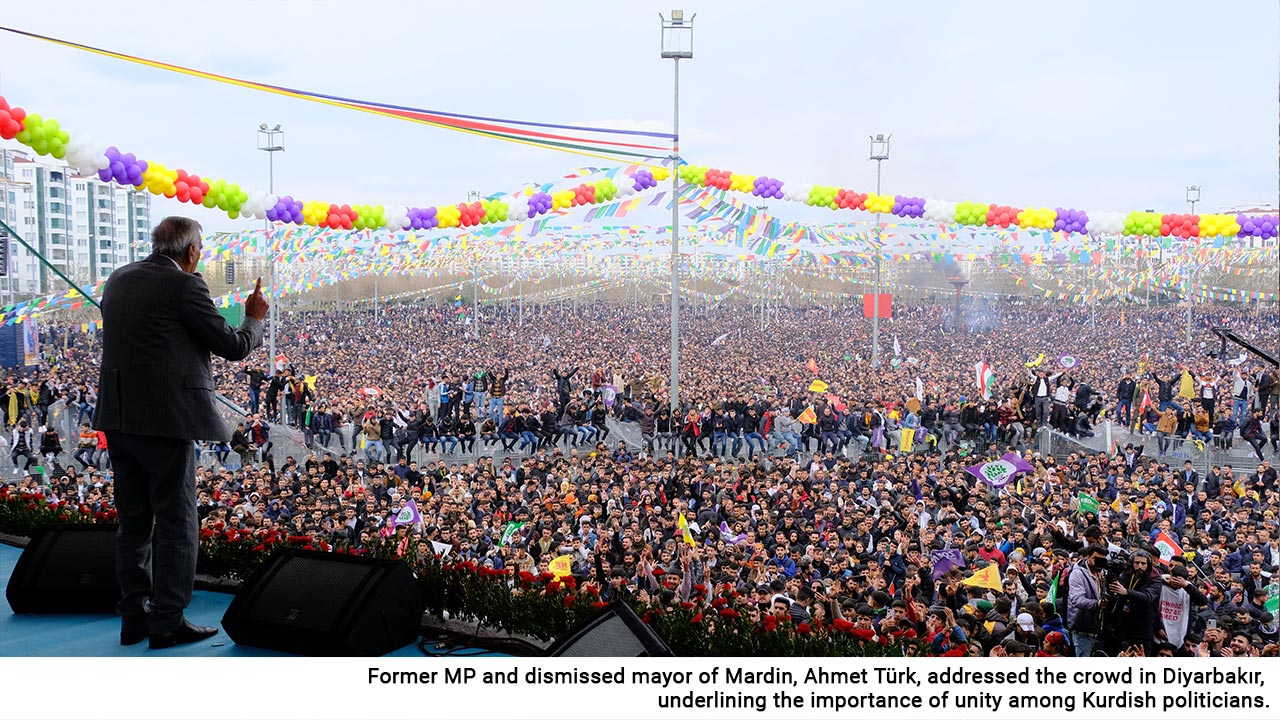 “Our people have been subjected to a terrible isolation. Mr. Öcalan has been kept in severe isolation for the last five years. He’s denied contact with his family and lawyers. The Kurdish people will render this policy ineffective. Aysel Tuğluk, a long-standing friend of mine, is facing extreme hardship because of her illness. She’s being denied release despite her condition. Nothing they do is humane or ethical any more.”

Türk also underlined the need for unity among the Kurds, saying:

“Despite heavy pressures on all Kurds, Kurdish politicians in the four separate parts of our lands are unable to reach a consensus amongst themselves. We’re calling from Amed: Now is the time to unite and come to a mutual understanding. If you continue acting in the way you do, the Kurdish people will not forgive you.”