The 12th October will mark one year since Hevrin Xelef, one of the founders of the Syrian Future Party and then Secretary General of the Future Syria party, was murdered when the Turkish state launched a military operation in northern Syria.

Xelef was born in Derîk district in Northern Syria in 1983. She was well known for being warm and close to the people around her. Her sister Zozan and her three nephews lost their lives fighting for the Kurdish freedom movement. In total, she lost twelve relatives in this manner.

She developed her political awareness at an early age from her family and became a member of the Children Of Dêrik Newroz Theatre Group, where she once performed as a human rights defender on stage. Then her role became real. According to the Women Defend Rojava Campaign: “Her mother, Sûad, took part in many people’s assemblies with Abdullah Öcalan. What she learned there also had a great influence on Hevrîn’s upbringing and personal development”.

When Xelef began her undergraduate studies in the department of Construction Engineering at Aleppo University, Syrian intelligence began to monitor her, especially during her last year at university. After she graduated, she could not get a job and discovered that she had been blacklisted by the authorities.

When the civil war broke out in Syria in 2011, she participated in the struggles that took place in North and East Syria (Rojava). She worked to help establish institutions that would improve civil society and began to manage an economic council. She rose to prominence in the Autonomous Administration of North and East Syria and became Vice-Chair of the energy authority in 2016. 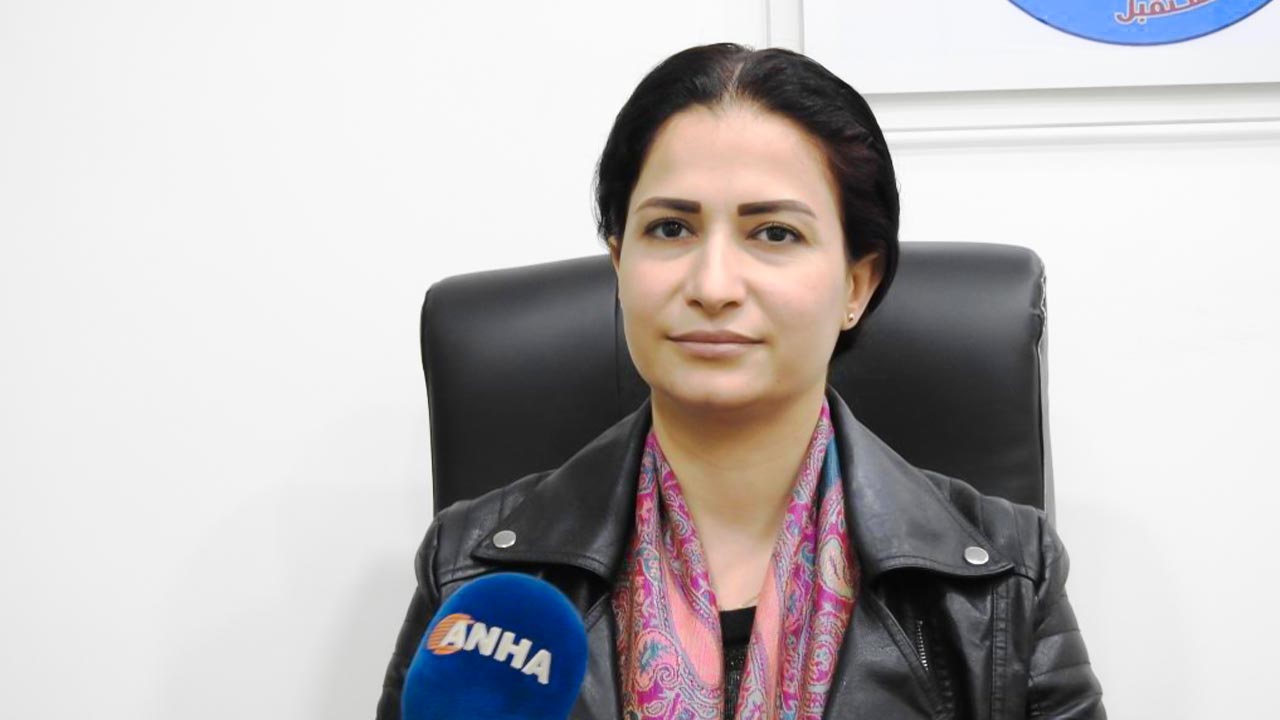 Xelef continued to work in this capacity until she decided to commit herself towards establishing a new political party in Syria. A founding member of the Syrian Future Party, she was later elected as Secretary-General of the party. She played a vital role in advocating women’s rights and promoting Christian-Kurdish-Arab friendship and unity.

Ahed Al Hendi, a former political prisoner in Syria, described Xelef in Foreign Policy as “one of the most prominent female leaders in the autonomous region of Rojava in northeastern Syria. She would wake up at 5 in the morning and would not stop working until midnight, whether that involved travelling to the Deir Ezzor region, which was recently liberated from the Islamic State, to tutor children and teenagers there in maths, or meeting with Arab tribal leaders and helping resolve their many disputes in her role as the Secretary General of the Future Syria Party (FSP). She personified the way the FSP and the Syrian Democratic Council approached the many differences among the people of the region”.

She encouraged women to participate in the struggle and believed that issues in Syria could be solved by means of dialogue instead of war. She underlined several times in her interviews that the solution to the crisis in Syria passed through internal dialogue. For that reason, she often pointed out that women and society should organize and find solutions to problems. Mutlu Civiroglu, writing for The Guardian, noted that in her quest to engage in dialogue with everyone: “She had a talent for diplomacy, she used to always take part in meetings with the Americans, the French, the foreign delegations” to strive for peaceful solutions to the situation in Syria.

Hevrin Xelef was murdered on 12 October 2019 when the Turkish government launched a military offensive against North and East Syria on 9 October 2019. The Syrian Democratic Forces stated that she had been “executed by Turkish-backed mercenary factions”.