HDP co-chair: You can close the HDP but 12 million are ready to take political action

Buldan responded to the HDP’s closure case by saying, “If you ban one of us we will return as a thousand. You can ban of 687 of us, but 12 million people are ready to take political action”.

‘Newroz is our identity’

Buldan began her speech by celebrating Newroz and relaying the greetings of political prisoners in Turkey. “I am bringing you the greetings of Figen Yüksekdağ, Selahattin Demirtaş, İdris Baluken, Sebahat Tuncel, Abdullah Zeydan, Aysel Tuğluk, Çağlar Demirel”, she said.

Describing Newroz as not only a Bayram, a celebration, but a part of their identity, pride, and culture, Buldan noted that celebrating Newroz was also a means of resistance for the Kurdish people.

She stated that Turkey has been going through very dark days. “In this country, all peoples, all faiths, all sects, women and youth, Turks, Kurds, Alevis, Sunnis, Laz, Circassians, Armenians, Assyrians, Arabians, and Pomaks, we all have to walk shoulder to shoulder together. We have to beat the AKP and MHP government during the elections”.

‘Isolation has to be lifted’

Regarding the isolation imposed against Kurdistan Workers Party (PKK) leader Abdullah Öcalan, Buldan stressed that what Turkey was doing was a crime and the isolation had to be lifted immediately. 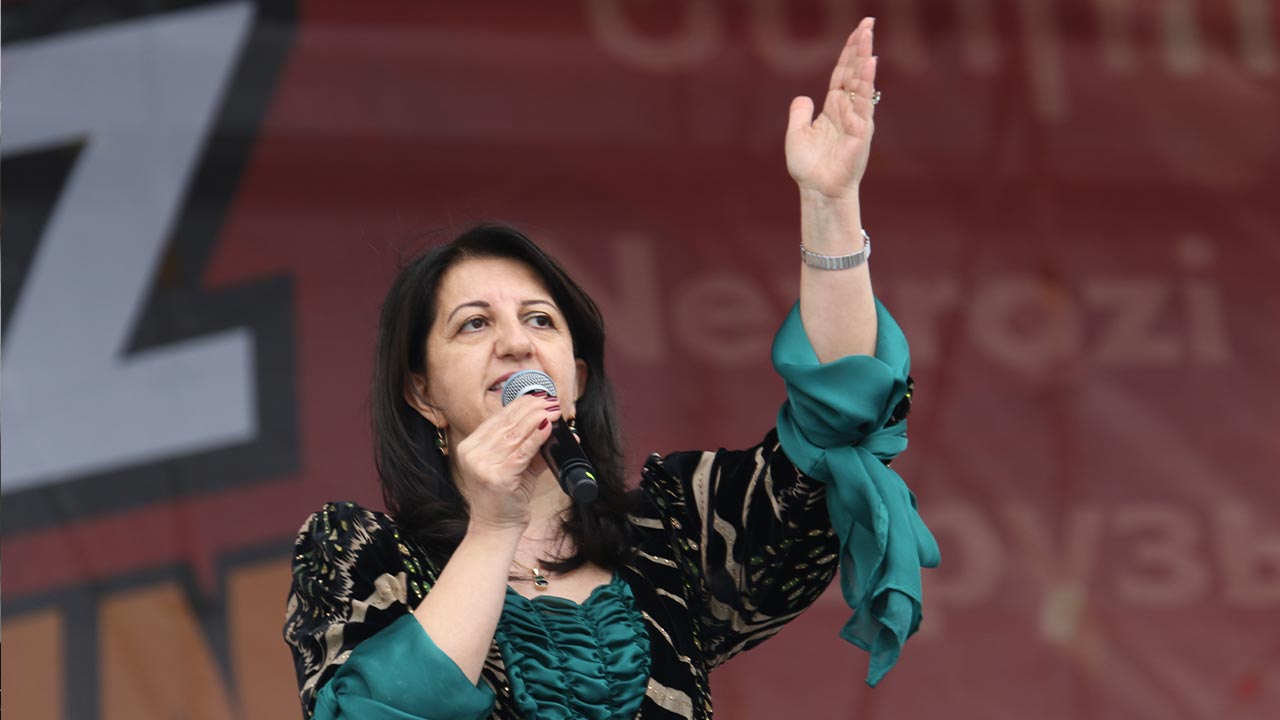 She also mentioned the trustees appointed to the HDP municipalities and said, “They do not respect the will of the people. Now they are stripping our deputies’ memberships from the parliament. They did it to Musa Farisoğulları and Leyla Güven. Now they are doing it to Ömer Faruk Gergerlioğlu”.

Regarding the HDP closure case, she said, “They filed a lawsuit demanding that the HDP be closed the same day they stripped the membership of Gergerlioğlu. This shows that the government is continuing to lose and has nothing left to do. They are doing it to take revenge, they cannot forget the 7 June elections, 23 June elections, 31 March elections. They cannot forget that they lost Ankara, İstanbul, Adana, and Mersin. That is why they are attacking us”.

‘We do not accept the withdrawal of the Istanbul Convention’

She also spoke about president Erdoğan’s withdrawal of the Istanbul Convention. “The last words will be said by women. This treaty has been prepared and signed with the efforts of women. They cannot withdraw it”. 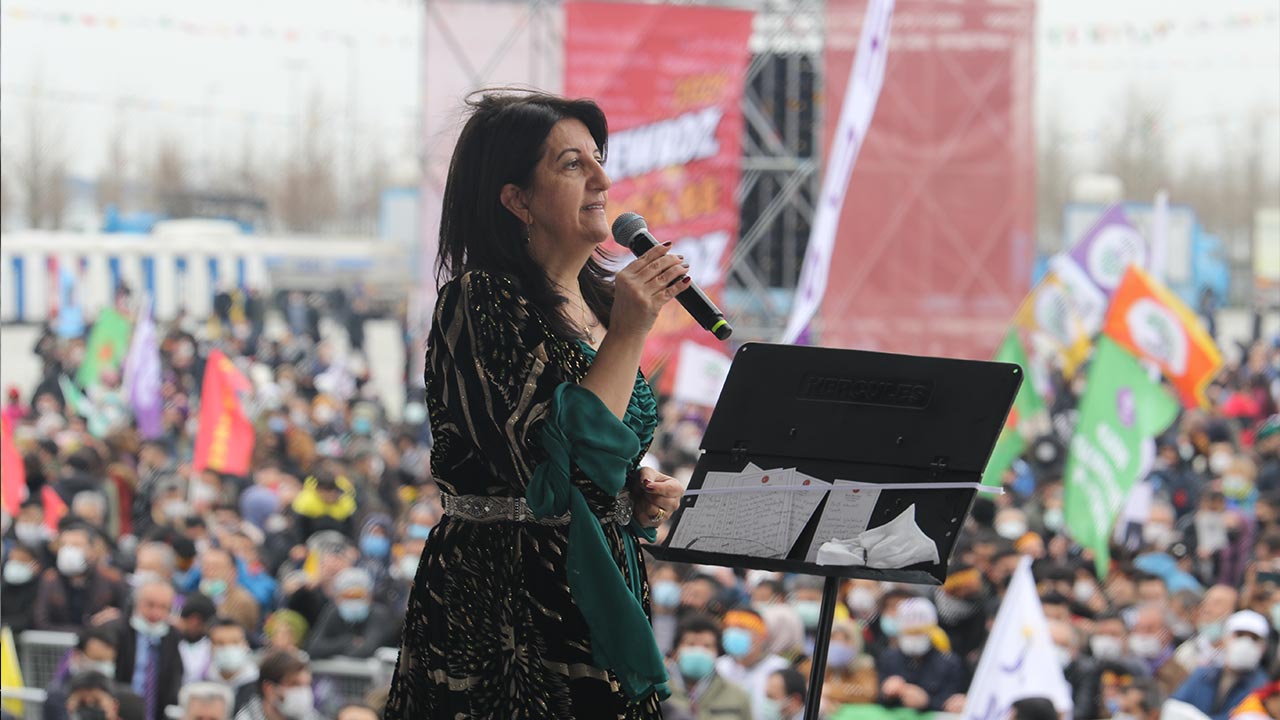 She added: “In this country, every day women are killed, harassed and raped, so we will not recognise the withdrawal of this treaty. It is invalid and we do not accept it”.

Buldan recalled the Newroz celebrations that were held in 2013, in which the letter from Abdullah Öcalan was read by the HDP deputies in Diyarbakir (Amed).

“If that manifesto by Öcalan was accepted then, Turkey would not be in a deep crisis now. That manifeso is still valid. We, the HDP, are behind that manifesto since we know that this country needs peace. We want peace but they do not”.

At the end of her speech Buldan called for peace and democracy. “Demanding peace should be everyone’s problem, demanding peace should be the only goal of all of us. We believe that if peace comes to this country, all the crises will come to an end. Once again, I celebrate the Newroz of all of you, our women, our youth. I hope Newroz will bring peace, brotherhood and sisterhood, freedom, and democracy. Newroz piroz be!”