Greece and Cyprus appeal to the EU to act against Turkey 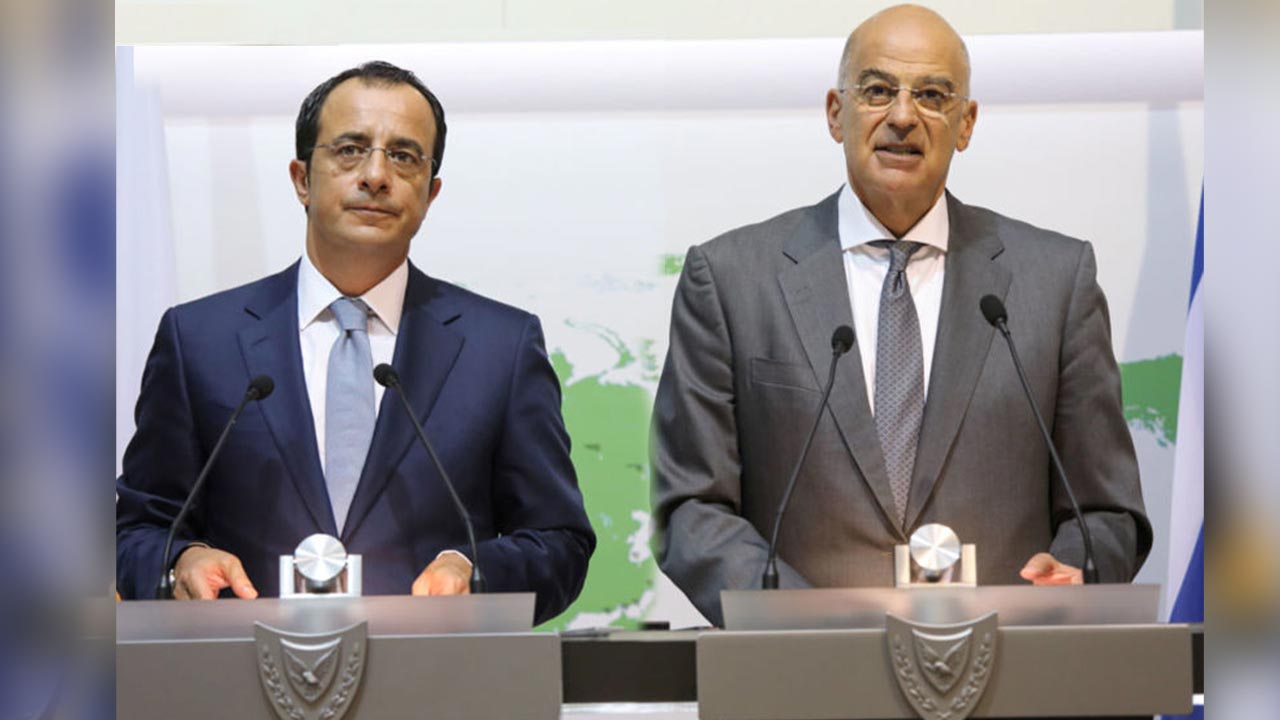 Greece and Cyprus have appealed to the EU to take a harsh stance against Turkey due to its aggressive actions in the eastern Mediteranean.

Their call came after Turkey deployed warships to support a Turkish research vessel engaged in a search for hydrocarbon resources in waters where EU members Greece and Cyprus claim exclusive economic rights.

According to an AFP report, Greece and Cyprus have called upon the EU to act urgently.

Greece’s foreign minister, Nikos Dendias, visited Cyprus to coordinate policy actions between two EU member states. They expect Brussels to act against Turkey due to its reported violation of not only the sovereignty of Greece and Cyprus, but also the EU’s sovereignty.

Dandias stated in a press conference that Turkey’s moves were in breach of international law and flouted repeated EU and US calls to cease and desist.

Cyprus’s foreign minister, Nikos Christodoulides, pointed out that concessions to Turkey would lead to an escalation in Turkey’s provocations.

He also pointed out that Cyprus has signed maritime agreements with Egypt, Israel and Lebanon and added that it is willing to negotiate with other neighbouring countries.

The offer of mediation by Switzerland

Çavuşoğlu stated that Turkey accepted Switzerland’s offer to mediate between Greece and Turkey in principle and said: “We were not in favour of any tension with Greece. If Greece harasses us, retaliation will follow”.

Greece vowed to defend its sovereignty, and the EU, of which Greece is a member, has appealed for dialogue. France has joined Greece in a naval exercise in the area.

Tensions have remained high between the two neighboring NATO members over claims to natural gas reserves.

Dubbed the ‘Cyprus gas dispute’, it was brought to the fore when EU member state Cyprus made attempts to explore for gas in the eastern Mediterranean, despite strong objections from Turkey.

In July, Macron had pushed for EU sanctions against Ankara for what he called “violations” of Greek and Cypriot sovereignty over their territorial waters.
Relations between France and Turkey have also been strained by the Libyan conflict.

Turkey's Medical Association: It is 'risky' to reopen schools in 'high speed of transmission' areas

The Practical projects for Building the Autonomous Administration

Greece and Cyprus appeal to the EU to act against Turkey

Turkey's Medical Association: It is 'risky' to reopen schools in 'high speed of transmission' areas

The Practical projects for Building the Autonomous Administration