The Justice and Development Party (AKP) and the Nationalist Movement Party (MHP) coalition in Turkey has long been in a hurry to eliminate all obstacles in its path by normalizing all anti-democratic practices and making them “viable” through the discourse that the coalition is engaged in “rebuilding the state”.

The coalition defines Kurds and all representatives of Kurdish politics in the democratic arena as the target of this discourse and regards them both as an “internal enemy” and as one of its biggest obstacles. Consequently, the aim of the coalition is to bring this political power of the Kurds to its knees.

The Kurds, once again, have become the target of rising racism along the lines of the ‘Turkish-Islamic synthesis’. Their languages are officially recorded as “unknown languages”. The deputies and mayors that Kurds have voted for have been imprisoned.

Kurdish organisational politics, which persistently tries to engage in politics legally, is declared to be “illegal” and a controlled lynching policy has been organized as racist and chauvinist groups are used in attacks and provocations that have been organized by the state. Many racist attacks against poor Kurdish workers in the cities – mainly to the west of the country – reflect this hostile policy.

No legal action is taken against the attacks. Official statements criminalize the victims. It both conceals the racist basis of the attacks and paves the way to new attacks that empower the attackers.

Turkey’s unsolved murders, disappearances under detention and torture are referred to as a reminder of the 1990’s. The statements made by Süleyman Demirel, one of the prime ministers of the period, saying: “Do not leave the hands of the police and soldiers empty”, now are repeated by Recep Tayyip Erdoğan and Interior Minister Süleyman Soylu, who are at the centre of all operations.

One painfully remembers the attack on the grave of the Peoples’ Democratic Party (HDP) former Deputy Co-Chair Aysel Tuğluk’s mother, who died in Ankara in 2017. The statement was clear: “We will take it out of the grave. We do not want a terrorist funeral here”. 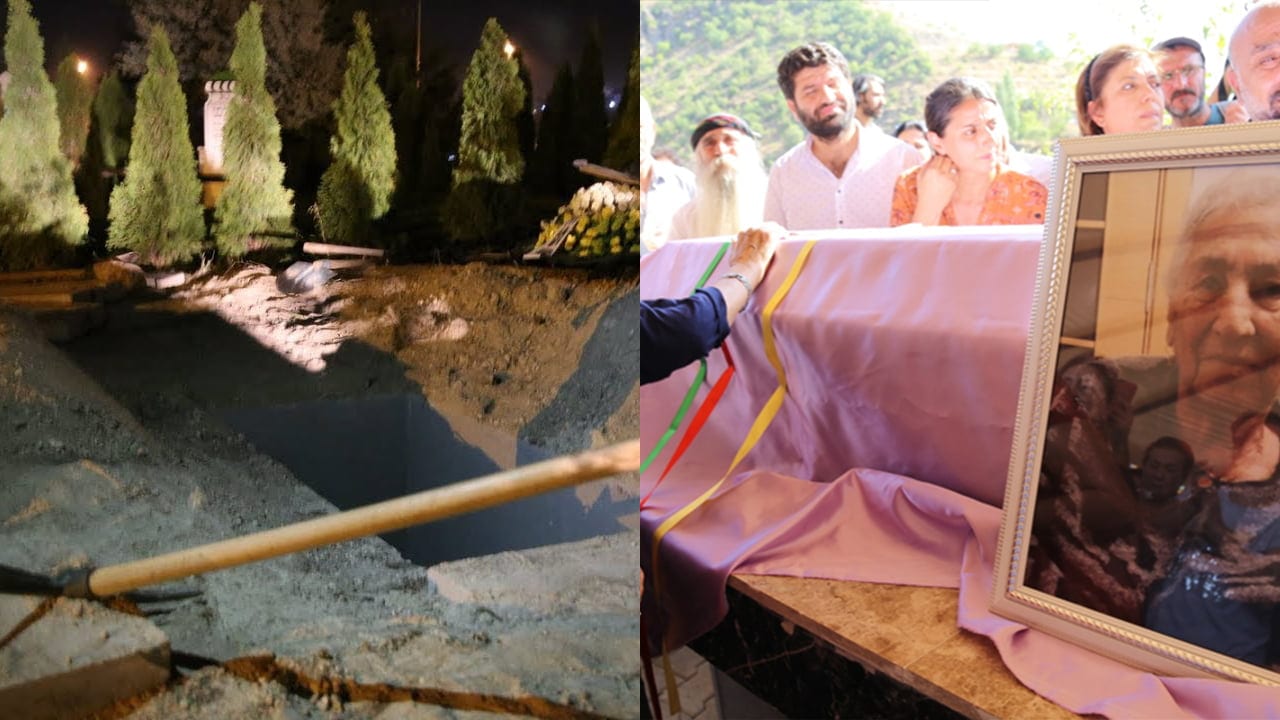 It would not be surprising to see Murat Alp, who organized the attackers, meet with the Minister of Interior Soylu, in a “sincere” manner many times after all the attacks under a “civilian” appearance.

In 2019, it was the turn of the main opposition party leader, Kemal Kılıçdaroğlu. The crime scene was again in Ankara, the capital of the country. Kılıçdaroğlu, had who attended a soldier’s funeral, was subjected to an organized lynch, punched, hit by stones and had to hide in a house. Hulusi Akar, a former Chief of General Staff who was rewarded and made Minister of Defense after the July 2015 coup attempt, said “you gave your message” to the attackers and the “trust” he gave to the attackers was not unrequited. The attackers were released after a month and one of the attackers Osman Sarıgün, “Osman Uncle”, made headlines as if he was a hero.

This attack sent a clear message to everyone regarding the new era. An atmosphere of fear was generated: “What would the government that lynched the main opposition leader do to us?” Society as a whole was expected to gradually surrender to fear, and so it has come to pass in many ways. For remembrance ceremonies such as the anniversary of the foundation of the Republic and of Atatürk’s memorial, people prefer to celebrate in the balconies and windows of their houses, not in the streets.

The violence against HDP members has not changed: Elected deputies have been dragged to the ground, sandwiched between police shields and punched. The voice of the police chief saying “I am the state” as he suppressed opponents is now the voice that is used against all opponents throughout the country. The “I am the state” call of the police chief is one of the clearest indicators of a declared “Police State”.

Municipalities, one of the achievements of Kurdish politics, have been seized and taken over and elected mayors have been handcuffed and put in prison. The common feature of the mayors was not only that they were HDP members, but also that they had revealed to the media the extent of corruption of previous administrations. What happened after this? Their municipalities were seized, again. Re-elected mayors were re-arrested.

Yes, Turkey is ruled by democracy!

Does Turkey possess a parliament, hold elections where the winner rules the country? Yes. It does, but there is a difference here. An elected deputy can be arrested easily through the use of “anonymous witnesses”. There is a parliament, yes, but elected deputies are taken away, they are harassed, and the demand to lift their immunities is quickly brought to the agenda. So, yes, elections are held, but the fate of the elections, including the matter of “unsealed ballots”, becomes doubtful with the decisions made by the Supreme Election Council, which is under pressure from the government.

By saying: “We are re-establishing the state” with anti-democratic practices, and “fingers cut by sharia do not hurt the person”, all state institutions are being controlled and Turkey is drifting towards fascism in the world’s eyes. Osman Kavala is being held as a hostage. Selahattin Demirtaş is being held as a hostage. Mayors and journalists are in prison as hostages. All laws are turned into a ‘puzzle’ in the hands of the judiciary and implemented without even the need to cover up a situation. A policy of enmity that would make even Goebbels turn in his grave has been put into practice to ensure that those in power can do anything. 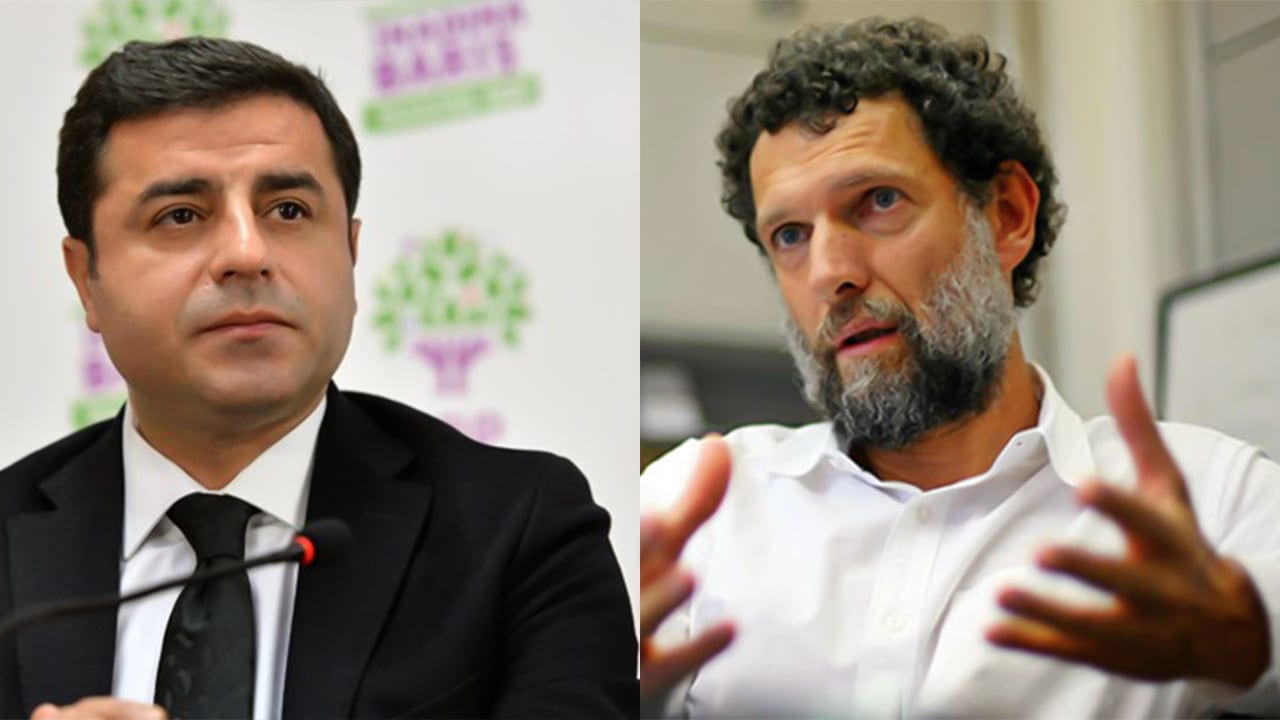 I think that the Ankara Chief Prosecutor, who leads the operations, visited Recep Tayyip Erdoğan in the Palace with his wife after his wedding. I guess that explains much better what we mean regarding the current situation. The Republic of Turkey is dressed up with fascism now. Tiny little palaces rise up everywhere. The judiciary, the legislature, the executive are gathered in one hand, ready to carry out the instructions of one person. The media, in its place, sits at the front of the official parade.

Five companies have won so many tenders in the country, through Palace order, and benefit from tax cuts every year and continue to profit with an unbounding cynicism that says: ‘God does not love those who do not work’. The economic depression is now presented to the poor as a ‘gesture’ using a ‘hanging bread’ campaign. In saying that: ‘The dollar rate is not important to me, I do not look at that side of the business’, Recep Tayyip Erdoğan’s son-in-law, Treasury and Finance Minister Berat Albayrak, mocks everyone in society.

Those who surrender their souls to this understanding that the tradition of militarism and racism must be promoted will ensure that the destruction imposed on the people of Turkey will surely be harsh. Unless this understanding can be halted in its tracks, everyone will be affected by this great destruction.